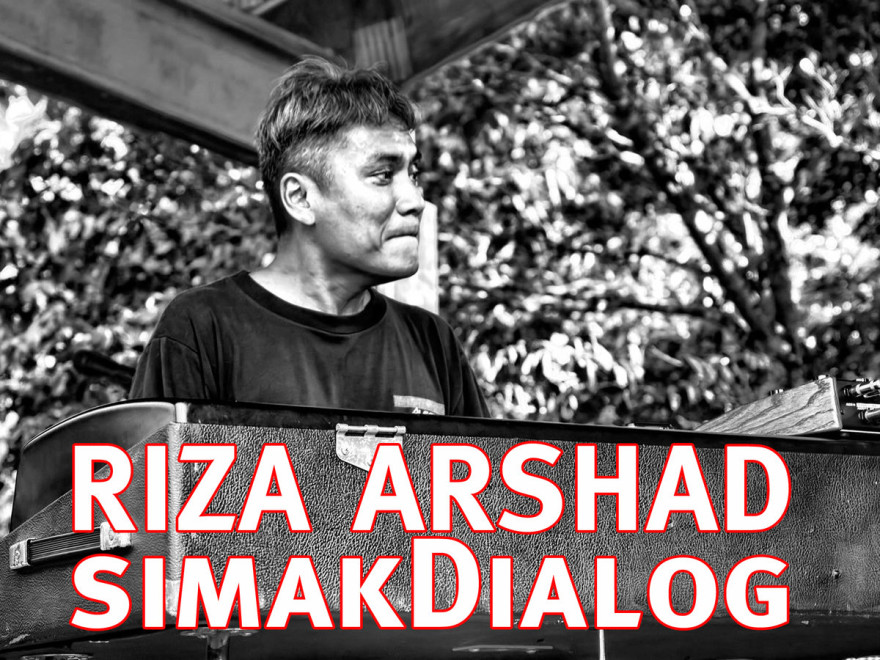 “Distance, geography, and marketplace are the only reasons for the Indonesian Rhodes maestro Riza Arshad not being prominently mentioned in the same coversations as Chick Corea, Joe Zawinul, Jan Hammer and other jazz keyboard greats.” – Mark Redlefsen, contributor to All About Jazz
In Memory of RIZA ARSHAD of simakDIALOG
FREE DOWNLOAD
of 5 Riza Arshad’s simakDIALOG albums
Valid until February 14, 2017
www.simakdialog.bandcamp.com/music
With this unconventional approach MoonJune pays tribute to one of their artists who recently passed away. Given the quote above I checked it out immediately and he was an artist I never heard about myself too. Again the very same quote easily explains why. Just brief listening to the collection of his recordings  simply shocked me as this is really a brilliant music ,full of energy and new ideas. Simply innovative. Give yourself a chance then and discover this music for yourself.

Dear Friends in Music
On January 13, 2017, I have lost one of my closest friends, the Indonesian piano and Fender Rhodes maestro, an accomplished composer, arranger and musicologist, the Indonesian music icon  – Riza Arshad. Riza was a special friend of mine since 2000, a man of great humanity and immense musical talent. In 2003, on my first of 25+ trips to Indonesia, Riza was the really first person whom I met in the Indonesian capital, and he virtually introduced me to ‘everyone’ on the Indonesian music scene. 20 releases of Indonesian artists on MoonJune Records wouldn’t be possible without Riza‘s input.
I was looking forward to see simakDialog at the upcoming JavaJazz Festival the first week of March and discuss with Riza 2017 releases of his band’s new studio album, as well the release of his new solo album recorded in Los Angeles in two sessions (in September 2013 and November 2016) with Ernest Tibbs on bass and Chad Wackerman on drums. It’s a sad moment for me, but the life goes on and Riza Arshad’s legacy has to live forever.
​​​​​​​There is no better way to celebrate my friend’s music than listening to my friend’s music, and I invite You all to do the same, to listen to the great music of my dear late friend, and music visionary, Riza Arshad.
Rhodes to Paradise. R.I.P. Riza Arshad (November 2, 1963 – January 13, 2017).
Leonardo Pavkovic
MoonJune Music

To celebrate Riza’s Arshad’s legacy, MoonJune is offering
FREE DOWNLOAD of 5 simakDialog’s album,
4 releases on Moonjune: Patahan, Demi Masa, The 6th Story, Live at Orion; and the band’s third album from the
pre-MoonJune period, Trance/Mission.
​​​​​​​Riza Arshad’s visionary music must be heard.
link: www.simakdialog.bandcamp.com/music
To get FREE DOWNLOADS You have to go to all individual album pages and download all individual albums in format of Your choice: WAV/FLAC/ALAC/M4A/MP3-320.
CONTRIBUTIONS ARE GLADLY ACCEPTED.
Valid until February 14, 2017
Epitaphs by John Kelman and Dan Burke:
Riza Arshad  by John Kelman
Riza Arshad (along with Moonjune Record’s Leonardo Pavkovic) is the single reason why I have become not just a huge fan of the recently departed keyboardist and his longstanding, genre-defying group, simakDialog; together with Pavkovic, the pair has been responsible for seeding the roots of a rapidly growing tree that – branching out with music of a most contemporary kind from Indonesia – has been further enriched with the introduction of other names from that overlooked country of Indonesia including, amongst others, equally remarkable guitarists like Dewa Budjana, simakDialog‘s Tohpati and Tesla Manaf; fellow keyboardist extraordinaire Dwiki Dharmawan; and the similarly boundary-busting groups, Ligro and I Know You Well Mis Clara.
Through his work with simakDialog, Arshad strengthened my growing resolve that jazz is, indeed, a global music; itself a tree populated by an increasing number of intertwining branches that not only represent music from other countries, but the potential that forward-thinking people like Pavkovic have seen to dissolve borders of artifice and encourage music-making that is truly a multifarious cross-pollination of uncommon cultures speaking through a unifying language.
But as important as labels and producers deniably are in helping artists reach larger audiences, first things first: you’ve gotta have the music. With all of simakDialog‘s 2007 Moonjune debut Patahan written by Arshad, it represented, for me, that wonderful first shot across the bow from a tremendous group and multifaceted keyboardist/composer that deserved – and, to a certain extent, achieved – the international audience they’d have never garnered, were it not for Pavkovic and his label. It also represented a group and artist with so many promises…promises upon which they’d deliver on subsequent albums like 2009’s Demi Masa, 2013’s The 6th Story and 2014’s Live at Orion.
That Arshad left us at the too-young age of 53 only renders the music he would, no doubt, have continued to make that much greater a loss. He may not have the cachet of some of the more well-known jazz names that have passed away in recent years; but for those who knew his work – and for those who will learn of his work in the future – the loss of Riza Arshad is a significant one.
He’ll be missed as much for plans already in the works (like an all-acoustic simakDialog album) as he will for the music that no-one – not even Arshad – could have predicted. At the end of the day Arshad‘s most lasting legacy must be – beyond leaving behind a small but important group of records on which he played with both effortless virtuosity and impeccable taste – the music he wrote. With deceptive compositions that represented a nexus of appealing panculturalism and improvisational unpredictability – and far more challenging under the covers than their eminent accessibility suggested – Arshad demonstrated that great music is where you find it…and that can be truly anywhere in the world and not just in the handful of countries about which most of us are familiar.
You’ve just gotta find that single connection, and I’ll never forget Riza Arshad for being that connection, for showing me an alternative way of making music and for introducing me to a foreign culture whose music continues to fascinate and thrill, the more of it I hear.
R.I.P. Riza. You will be missed. 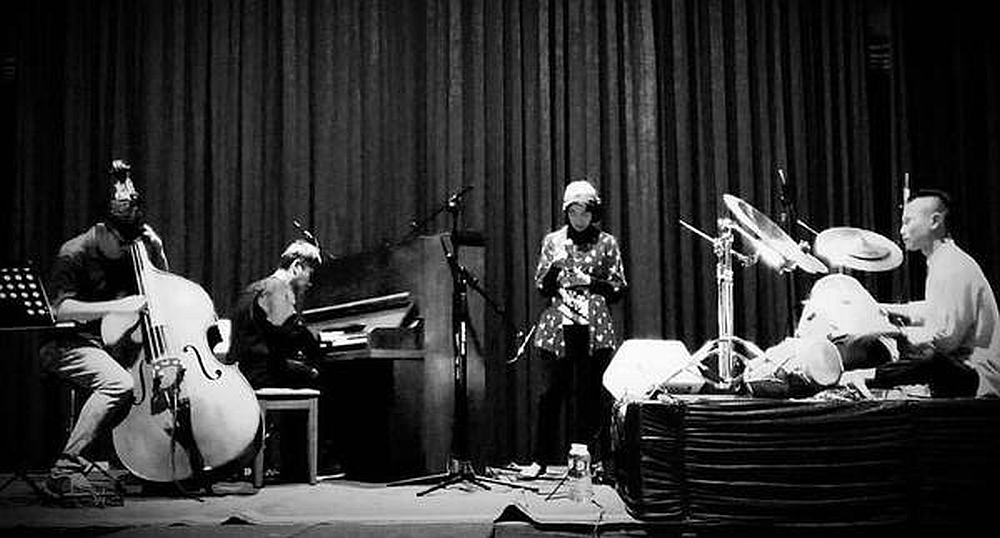 When I initially came across the musical goldmine of Leonardo Pavkovic’ Moonjune Records, the first band that really turned my head around was simakDialog. The wonderfully sophisticated compositions of Riza Arshad, paired with the inspired and seemingly effortless playing of the band, brought me great joy.
His musical vision for simakDialog was steadfast but allowed for extended amounts of soloing, comping and unison playing. The complex arrangements, given extra sharp focus with the piano over his usual trusty Rhodes and paired with the unique tones and textures of the Indonesian percussion, made for a truly transformative evening of music as language. Over the years I came to see Riza as a musical ambassador for his country bringing with him a truly effective method of expressing compassion, honesty, truth and beauty. I am still in shock over the sudden loss of someone so young and full of vitality. He was a gifted soul and will be greatly missed by family, friends and the musical world at large. – Dan Burke
Tom Arthurs & Isambard Khroustaliov – Vaucanson's Muse (realised on November 2016) Label: not applicable / JAZZ, ELECTRONICA, IMPROVISATION
[ New Label - MoonJune Records - joins our reviewing dashboard !]