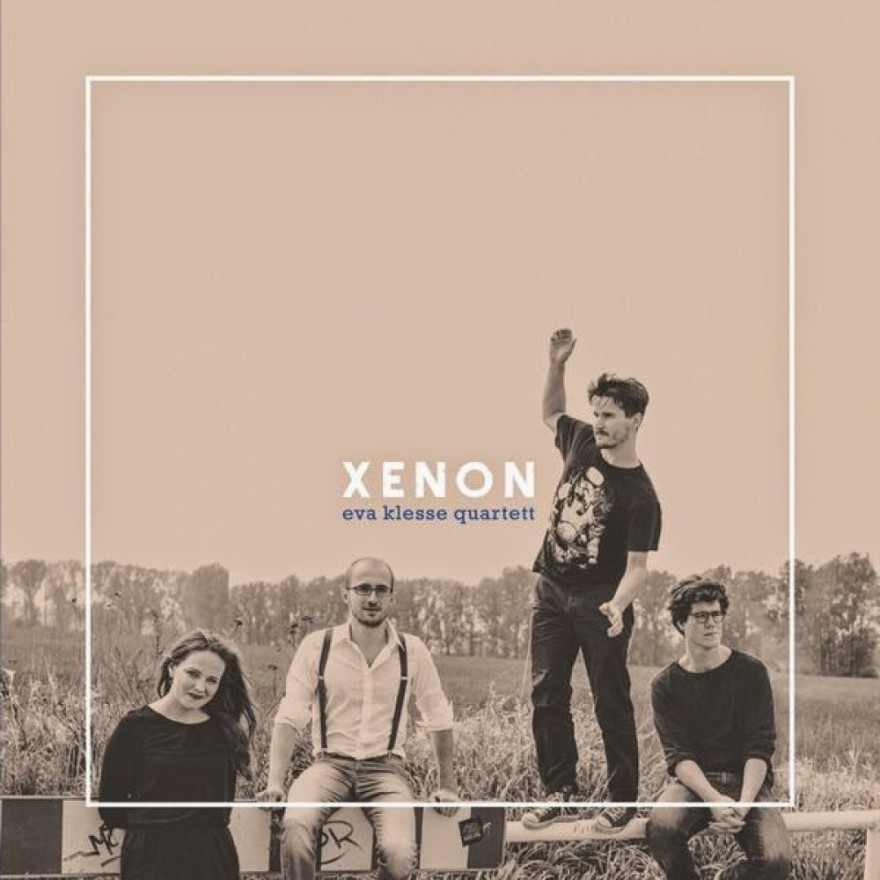 It is very interesting experience to review the record which I just had a pleasure to hear on the stage first. The same material, but presented in a different order than on the disk to serve the gig better. Plus the theatre acoustics made it different than studio. Majority of material came from Eva, 5 out of 8.Two from pianist and one from the bassist.

As a leader Eva is not a dominant figure, one which is trying to grab the space for herself or make her drum set the centre of the 4-tet. Pretty much opposite, her personality seems to be as gentle as her drumming. She is using often brushes, even mallets. But her brush playing is not typical brush like.She is using them as a sticks actually what brings nice gently spread sound without edgy contour. She can hit hard when the need calls, but it is not the point. She nicely mixes both. Funny enough she is such a gentle touch that I would say she plays carbon ones if I haven’t seen that in fact they are metal.

It‘s all about communication between the members inside the band. Listening to each other, responding to live tissue of music which is happening just as it goes. It applies to all the members, who rather tend to give the space to the band mates that take it off.

Let’s start from bassist Warme Fussion. He seems to be most cheeky personality in the entire band. His bass had nice wooden tone and his walking in the middle section of his own composition reminded me somehow Charlie Haden’s way of approaching melody and staying in there. He doesn’t have Charlie’s articulation, yet. But no one does, and he is just at the beginning. But this is this school.

I like the way they invite each other with Eva to conversation. Sometimes, like in Eva’s Same Old Story it’s a riff which asks her to join and make the foundation for piano to follow and interludes for the sax. Other time she calls him, with furious rhythmic demand, as like on her another piece Nie Wieder. One of the most beautiful on this recording with wonderful Climax of Alt, wild and very expressive piano accompaniment and always present bass counting all happening with a precision of surgeon’s scalpel.

In fact the strongest part of quartet is pianist Philip Frischkorn. The way he plays evolved from Classical Romantic piano tradition and makes a strong statement on the group’s voice. He is not dominating anything either, but it just comes this way. On the other hand Evgeny’s sax playing is deeply underlined with folk influence. And it is not particularly coming from Russian tradition either. I am finding in his play a lot of inspiration in Charles Lloyd’s music. The way he is phrasing and providing melody reminds me a lot of his style.