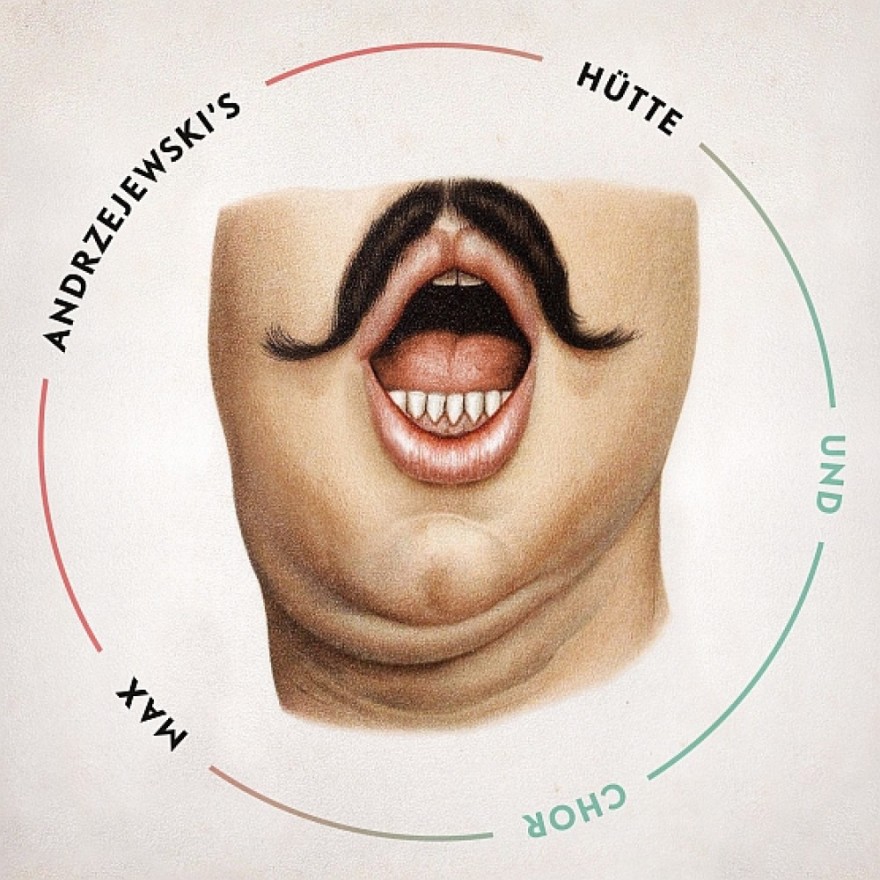 Max’s project is something really striking and cross boarding. Young drummer’s and composer sonic personality goes far beyond definition of jazz. More that it is super intelligent. It is flirting with conventions, makes you laugh, happy and not feeling even trace of guilty due to your lack of respect.

There are some paths left for the listener who is careful enough to follow and not get lost. You can sense inspirations coming from so many directions that pointing them all would just consume pages. On the other hand it is pointless itself as the greatest joy of this music lays exactly in the pleasure of peeling layer after layer. Here the whole world is upside down. Slapstick and vaudeville performance paths can only take you off the road. You need to trust your common sense to survive.

Given the titles and building description would mislead even more – those are false clues. Nothing is exactly here as it looks to be.

The Choir is not what you would imagine it like. These are voices which are completely de – humanised and actually reduced to the purely instrumental function. As such they contribute as instruments would do – making sounds, but not sense. This is hidden in a devilish composer intention.

How smart it is that only true improvisers would understand. Music is very micro tonal in fact. It is fast as well and the rhythm builds the phrase in very unusual way. Additionally drummer’s efforts are mirrored by similar guitarist’s approach (Tobias Hofmann). Those two are most responsible for fooling you, especially guitarist’s Hawaiian tone making you thinking that things are just about changing direction into more recognisable territories , but they are not.

Rhythm section’s cooperation here is a pure tour de force as one can already imagine himself at that point of the story. It spans between film noir tune like and grotesque cannonades breaking all your expectations. Voices drive you into little paranoid rhythmic figures in one moment, to brake again and sing you a capella lullaby for the piece of your mind. Simply brilliant. The way it keeps you hungry and looking for more is nothing but ingenious.

Paradoxically, or maybe not Johanes Schleiermacher’s sax appears to sound more human than all the real voices tend to. His sense of humour keeps balance on the edge in similar way as Daniel Erdmann’s of Das Kapital does. I am finding some similarities between those two bands simply due to ways like guitar and drums interact, but they both speaking their own voice. And definitely representing completely various approach.

Honestly I do not know anyone else I could compare Andrzejewski with. He is aware of Marylin Mazur in the same way as is Meredith Monk. He knows Schonberg, Berg and Webern in almost the same intuitive way and using them all as the trampoline for his very own ideas. But most of all he is an sensitive observer who comments on an absurd surrounding us daily with illusory sublime that disarms your own gravity and makes you levitate. That is more than just a project – it is a new language.