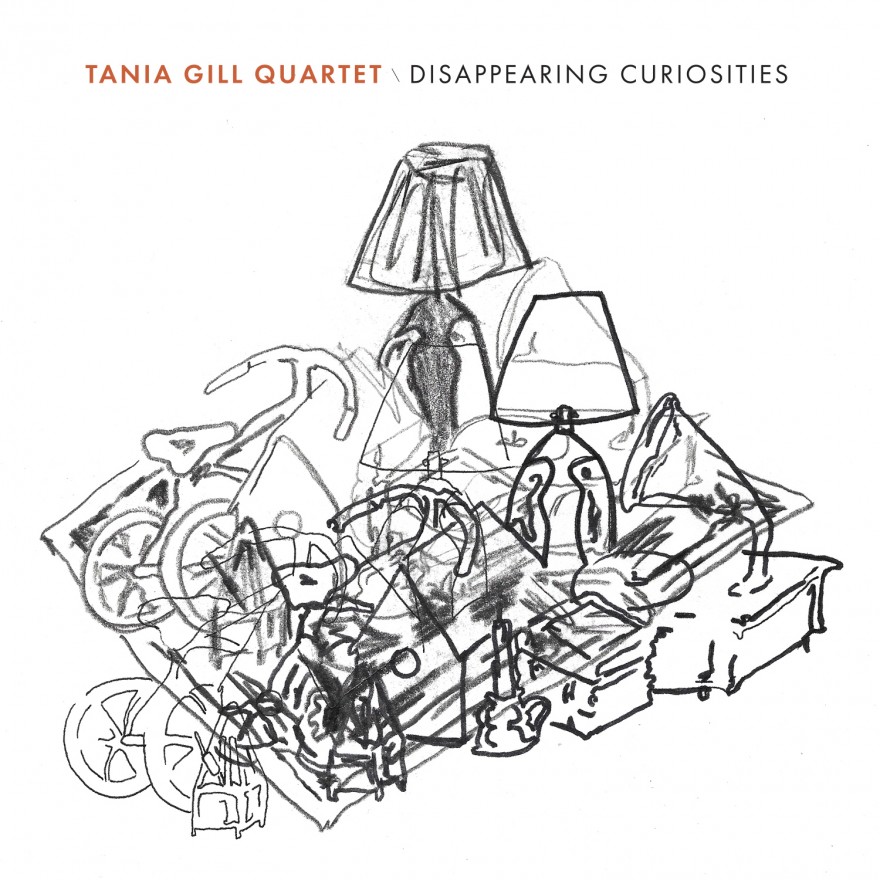 “Gill’s spiky, sparse piano was most successful in channeling the eccentric spirit of the masterful Monk” — Geoff Chapman, Toronto Star

Twelve years passed since Tania Gill‘s debut Bolger Station in 2010. The whole decade is quite a gap and many might not even notice its original appearance at all. I didn’t , being Europe based and if not the recent Disappearing Curiosities I might not ever cross the path with Tania’s music, which would be an unfortunate event as despite of the lack of the recognition outside of her domestic Toronto scene, it is the music which well deserves to be known better and listened to. The fact that the line up stays firm since a decade also says a lot.  Lina Allemano — trumpet; Rob Clutton—bass; Nico Dann — drums, remain valid members of pianist Quartet.

Tania Gill’s name will undoubtedly be familiar to anyone that’s been keeping a close eye on Toronto’s jazz and experimental scenes over the past two decades. Throughout that time, the nimble-fingered pianist-composer has offered her subdued virtuosity, inventive harmony, and melodic versatility to a seemingly endless array of different scenarios. She’s worked extensively in bent jazz outfits like the Brodie West Quintet, various incarnations of Pete Johnston’s See Through project, and the Titillators, played alongside experimental rock units such as Deep Dark United and Charles Spearin’s Happiness Project, and made a record of peculiar, heartfelt folk with Doug Tielli. She’s also enjoyed creative encounters with everyone from John Oswald to Eve Egoyan, from Joe Morris to Martin Arnold, Mary Margaret O’Hara to Anthony Braxton, and Margaret Atwood (singing!) to Steve Reich.

Compared to her busy schedule as a collaborator, Gill’s own projects operate on a more sporadic basis. That being said, they’ve nonetheless achieved considerable momentum. Chief among them is the Tania Gill Quartet,a vehicle for both her playing and writing. The group launched their debut Bolger Station (Barnyard Records) in 2010 to numerous accolades including a nomination for ‘debut album of the year’ in The Village Voice jazz critics’ poll, and a spot on The Globe and Mail’s top 10 discs of the year.

Disappearing Curiosities, the band’s follow up, continues to mine Gill’s polar fascinations—pensive lyricism and playful angularity. And while the two discs share a similar stylistic frame, clearly the intervening 11-years have also impacted her sensibility. Elegant assurance and newfound focus supplant the freewheeling pluralism of Bolger Station. Disappearing Curiosities’s eight originals are teeming with variation and surprise, yet every piece feels carefully placed within the larger whole. Even the lone cover on the record, the folk-song-turned-climate-protest-anthem “People Gonna Rise Like The Water,” blends in seamlessly on account of this sensitivity to form.

This awareness extends deep into Gill’s compositional outlook which, much like her deft navigation of the keyboard, is perched right between precision and spontaneity. One on hand her tunes are prone to crisp contrasts and structural quirks, but on the other, there’s always room for extemporization. This impeccable balance is what keeps the album flowing as autumnal vistas melt into fitful counterpoint; as frenzied density unravels to reveal space; and as oblong melodic invention dissolves into textural investigation.

The range that Gill demonstrates on the piano here is as vast as ever, her agile imagination bounding freely between giddy staccato effervescence, thunderous abstract heft and introspective repose. But the disc also sees her weaving analog synthesizer into the ensemble’s fabric. Though there are numerous points at which the synth swerves into the foreground, often she deploys its pliable timbre as orchestration glue, allowing its warm, electric glow to seep stealthily in between the various instrumental voices and bind them together.

On Disappearing Curiosities Gill is joined yet again by trumpet virtuoso Lina Allemano whose assortment of sonic hues seem to convey a colorful enthusiasm for the music. Over the past decade Allemano—“a distinctive trumpeter”and “impressive bandleader,”according to the Wire—has risen to international prominence with a series of acclaimed independently-released discs. For the band’s new rhythm section Gill enlists the insightful and consistently intriguing bassist Rob Clutton, whose duo recording with Tony Malaby was hailed by DownBeat as “expansive and sensitive in spirit.” Behind the drums: Nico Dann, a formidable and somewhat volatile presence in the unit and “a fiendishly precise percussionist,” as reported by Pitchfork. Dann and Clutton imbue both the pulse and tenor of the group with dynamic immediacy, constantly finding exciting ways to enmesh or diverge. 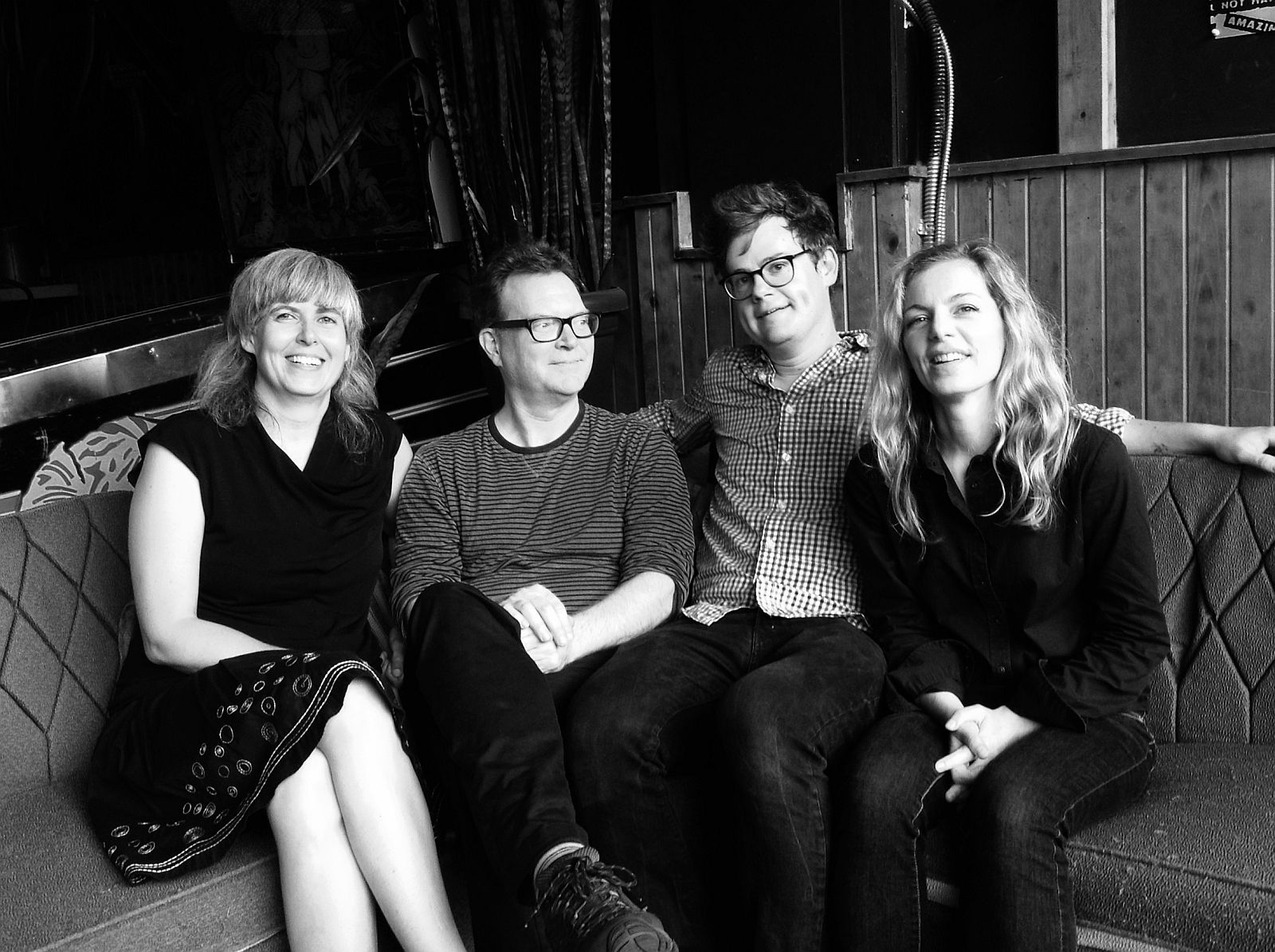 All compositions by Tania Gill, except People Gonna Rise Like the Water (composer unknown). Recorded by Jeremy Darby at Canterbury Music Company.

#you can BUY THE MUSIC DIRECT from the artists here: