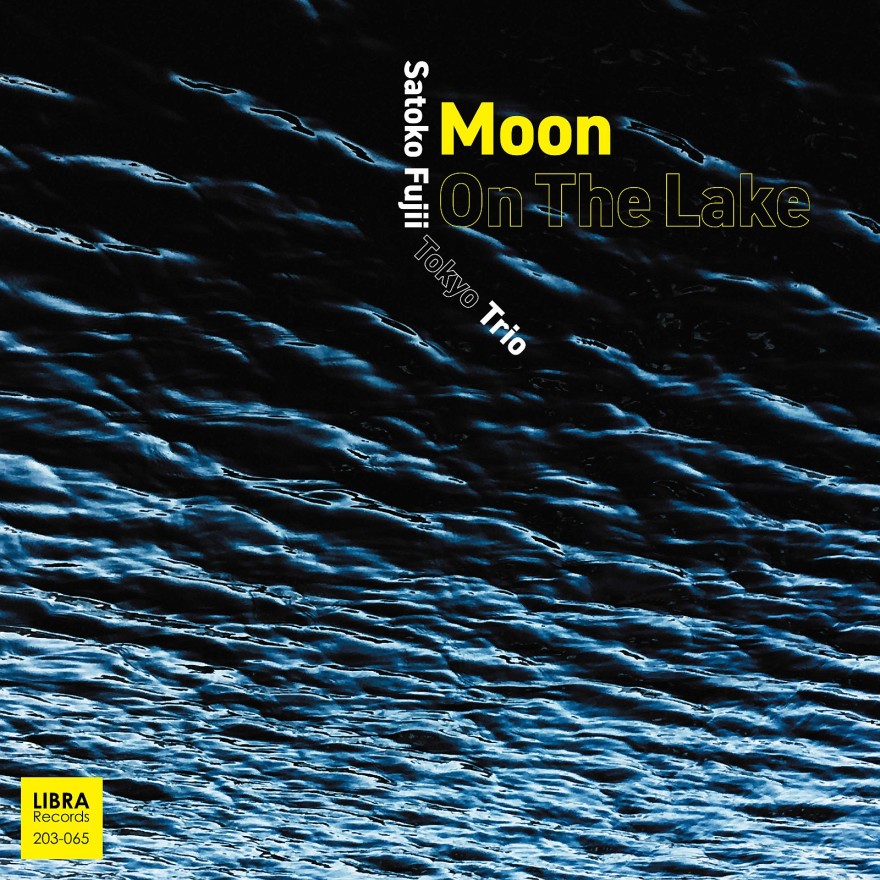 “The music rattles the bones as often as it soothes the soul and no composer is more masterful at balancing and grounding those extremes…continually absorbing and unlike anything else.”

– Karl Ackermann, All About Jazz

Pianist-composer Satoko Fujii brings together a new piano trio on her latest release Moon on the Lake captured live at Tokyo’s famous jazz venue, Pit Inn. The Tokyo Trio features Fujii with two of the most in-demand younger musicians on the Japanese jazz scene, bassist Takashi Sugawa and drummer Ittetsu Takemura. They form a lithe, quick witted trio, capable of terrific speed and excitement as well as subtle textures and tone colors. Moon on the Lake puts their wide range and capabilities on full display

Although this new group is a classic jazz piano trio, Fujii isn’t primarily concerned with echoing the jazz tradition. “I of course love jazz piano trio; Bill Evans is my favorite,” she says. “But I don’t try to have an inheritance of tradition in my music. I know it comes out, anyway. I want to hear individual voices in my music.” Instead she focuses on the personalities of the musicians she works with, independently of the instrument they play, and how well they might work together. Her connection to Takemura goes back to 2017, when he became a member of the Japanese edition of the collective quartet Kira Kira, along with Australian keyboardist Alister Spence and trumpeter Natsuki Tamura. They released Bright Force (Libra Records) as one of twelve CDs celebrating Fujii’s 60th birthday year in 2018. “I was so fascinated by his playing,” Fujii says. “He has super technique, but more importantly he knows how to use his technique musically. He plays straight ahead jazz in many groups, including with Sadao Watanabe, but he loves free improvisation and he’s courageous enough to try new things.” “I played with Takashi several years ago with Natsuki,” she continues. “He also plays straight ahead but he’s very open and loves free improvisation. When he toured Japan with his trio, which included Tom Rainey on drums, I went to see them and was impressed by the sincerity of his playing“.

The breadth of their experience is something that appealed to Fujii. “They both are very young—Ittetsu is 30 and Takashi is 39. Most of my generation of Japanese jazz musicians are either very conservative or free, sometimes they were like enemies and only a few of them are open to what the others are doing. I like that Ittetsu and Takashi can combine the disciplines and can have fun playing both. They play together in many other groups as well. I can easily imagine that they would sound great together in other settings.” Since both bassist and drummer are so busy, the opportunities for them to play as a trio with Fujii have been limited. They debuted at Tokyo’s legendary jazz club, Pit Inn, in August 2019. Another gig followed in December at the jazz club Classics, also in Tokyo. Their third date, on September 15, 2020, again at Pit Inn, was recorded for this album. Fujii had to cancel a planned tour in 2020 due to the corona virus pandemic.

It’s clear that even with limited playing time together, they have established a close rapport and a distinctive group sound. “Hansho” (which means “alarm bell”) is a playful, sprinting tune that showcases both the trio’s rapid conversational interplay and the individual talents of each member. Takashi’s unaccompanied melodic inventions are undergirded by the rhythm of the composition, but even his departures from the tune feel organically connected to it. Ittetsu highlights both his smooth speed and attention to sound, from the tight ping of his snares to his crisp cymbal work. Fujii is in a buoyant mood and her joyful, cascading runs and knotty little phrases are strung into a grand dramatic arc. “Keep Running” is a similarly jubilant excursion, which finds
Ittetsu orchestrating high energy figures all over his kit. The tune alternates between full-steam-ahead sections and splintered, disjointed parts that interrupt the forward momentum but never stop it.

Elsewhere the tempos slow and interactions are more subtle but no less astute. “Wait for the Moon to Rise” is a superbly paced tone poem featuring a poignant melody and contrasting textures and colors that unify into a tightly constructed nocturnal revery. The title track is a surprisingly Romantic sounding composition during which Ittetsu’s bowed cymbals interject abstract sounds and arco bass makes eerie loon calls to evoke the imagery of the title. Fujii also revisits “Aspiration,” the title track of her 2017 album with Wadada Leo Smith, Natsuki Tamura, and Ikue Mori. Her opening solo is a brilliant example of how she moves from one idea to another to string together phrases into coherent statements. Takamura’s bass solo has a vocal lyricism that makes it feel like a song. Once again Ittetsu shows what a musical concept of the drums he has, moving from one idea to the next and developing each one completely. The joint construction of tone colors, rhythms, and textures is a tribute to their imaginations and rapport.

Critics and fans alike hail pianist and composer Satoko Fujii as one of the most original voices in jazz today. She’s “a virtuoso piano improviser, an original composer and a bandleader who gets the best collaborators to deliver,” says John Fordham in The Guardian. In concert and on more than 90 albums as a leader or coleader, she synthesizes jazz, contemporary classical, avant-rock, and folk musics into an innovative style instantly recognizable as hers alone. A prolific band leader and recording artist, she celebrated her 60th birthday in 2018 by releasing one album a month from bands old and new, from solo to large ensemble. Franz A. Matzner in All About Jazz likened the twelve albums to “an ecosystem of independently thriving organisms linked by the shared soil of Fujii’s artistic heritage and shaped by the forces of her creativity.” During the COVID-19 pandemic, she has recorded three albums—solo, a duet with Ikue Mori, and a duet with Natsuki Tamura.

Over the years, Fujii has led some of the most consistently creative ensembles in modern improvised music, including her trio with bassist Mark Dresser and drummer Jim Black and an electrifying avant-rock quartet featuring drummer Tatsuya Yoshida of The Ruins. Her ongoing duet project with husband Natsuki Tamura released their sixth recording, Kisaragi, in 2017. “The duo’s commitment to producing new sounds based on fresh ideas is second only to their musicianship,” says Karl Ackermann in All About Jazz. Aspiration, a CD by an ad hoc quartet featuring Wadada Leo Smith, Tamura, and Ikue Mori, was released in 2017 to wide acclaim. “Four musicians who regularly aspire for greater heights with each venture reach the summit together on Aspiration,” writes S. Victor Aaron in Something Else. As the leader of no less than five orchestras in the U.S., Germany, and Japan, Fujii has also established herself as one of the world’s leading composers for large jazz ensembles, leading Cadence magazine to call her, “the Ellington of free jazz.”