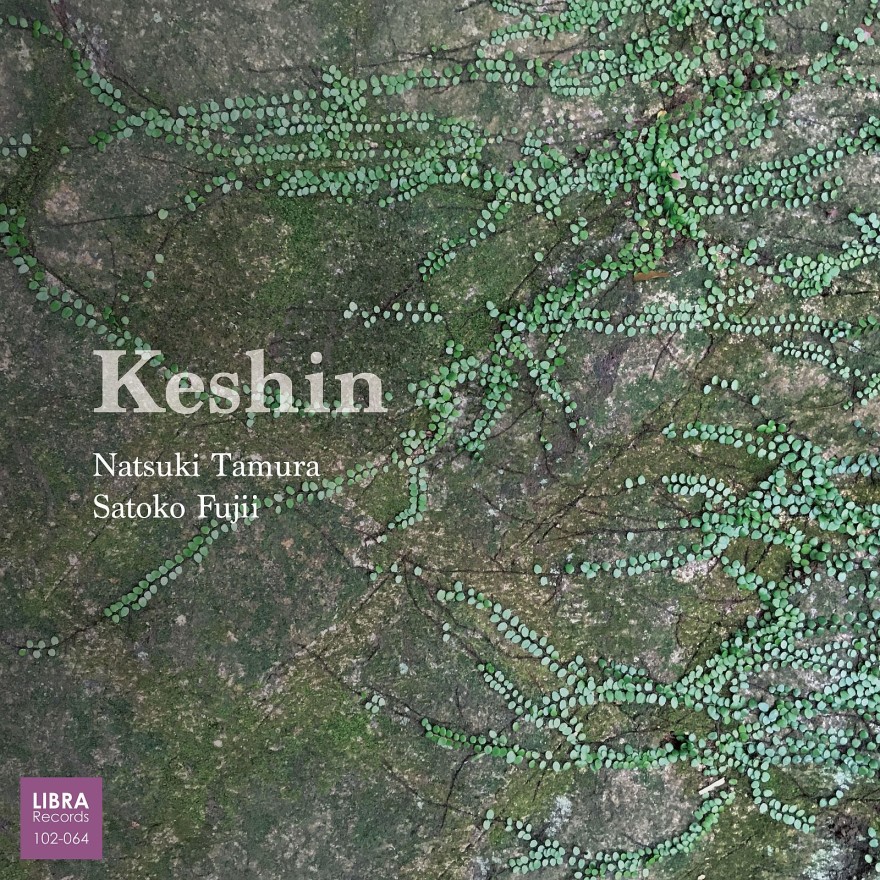 “ The wife-husband team from Japan . . . consistently reveals a wide-open and unpredictable nature that makes its performance a thrilling ride for the listener.” – Steve Feeney, Portland Press Herald

“ Intuition and communication like that is rare.” – Adam Kinner, The Montreal Gazette

Pianist-composer Satoko Fujii says, “If I don’t make music, I just don’t feel right, I lose my sense of self.” It’s not surprising, then, that Keshin, an album of duets with trumpeter Natsuki Tamura, is the third album she’s recorded at home and released since the global COVID-19 pandemic made touring impossible a little more than a year ago. Undaunted by conditions that have eliminated performing before live audiences, she keeps making great music, whether it’s creating new projects or revitalizing familiar settings such as her longstanding duo with Tamura. This is their eighth recording together, yet they sound as inspired now as they did in 1997 when they made their first duo CD.

The pandemic has had a few surprising benefits for Fujii. “I actually have more time to compose, practice, and think about music because I cannot go on tour. I can’t even visit my parents!” she says. “Before this pandemic, we might only stay at our place for just a week out of the month. Now we stay home all the time.” Playing and recording at home took some getting used to, however. “Last year, Natsuki and I did some live-streaming concerts on Facebook,” Fujii says. “At first it was very strange and uncomfortable to play music without an audience. Eventually we found it makes us concentrate more and play deeper within ourselves. Of course the reaction of the audience can affect us as we play, but sometimes we care too much how they react and loose our true voices. If we play our deepest selves, then we also can reach audience deeply. I have discovered so many things that I might never have noticed if this pandemic didn’t happen.”

Perhaps that’s why Keshin sounds so fresh. The experience of playing in isolation at home has paradoxically made the music more outgoing, bursting with new ideas, good spirits, and closeness
between Fujii and Tamura. The exuberant “Busy Day” starts things off with a bantering exchange of phrases between trumpet and piano, then segues into a long melody performed in unison. Whether playing together or separately, they seem intent on delighting and amusing one another. “Sparrow Dance” is similarly playful, a contrapuntal weave of hopping, zig-zagging lines that call to mind the nervous, perpetually in motion activity of birds. “Dreamer” and “Drop” find the pair perfectly in sync, making balanced performances with the effortless give and take between them, a convivial blend of familiar and new. The episodic “Three Scenes” is highlighted by Tamura’s aria of squeaks and growls and a contrasting piano solo of exquisite longing and lyricism. The title track is one of Fujii’s ravishing melancholic inventions, advanced in form but accessible in feeling, highlighted by her pointillistic 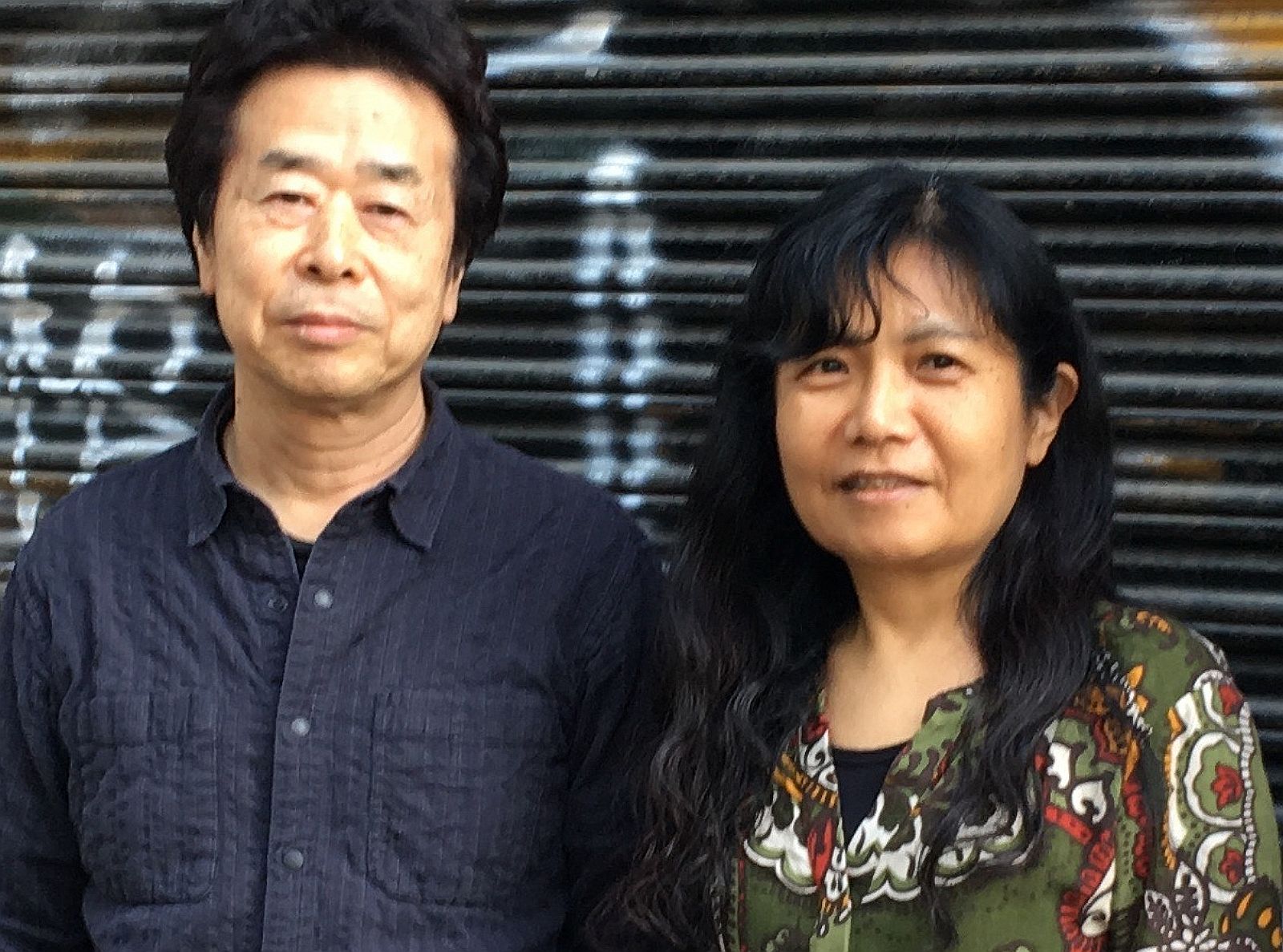 Critics and fans alike hail pianist and composer Satoko Fujii as one of the most original voices in jazz today. She’s “a virtuoso piano improviser, an original composer and a bandleader who gets the best collaborators to deliver,” says John Fordham in The Guardian. In concert and on nearly 100 albums as a leader or co-leader, she synthesizes jazz, contemporary classical, avant-rock, and folk musics into an innovative style instantly recognizable as hers alone. A prolific band leader and recording artist, she celebrated her 60th birthday in 2018 by releasing one album a month from bands old and new, from solo to large ensemble. Franz A. Matzner in All About Jazz likened the twelve albums to “an ecosystem of independently thriving organisms linked by the shared soil of Fujii’s artistic heritage and shaped by the forces of her creativity.”

Trumpeter and composer Natsuki Tamura is internationally recognized for his unique musical vocabulary blending extended techniques with jazz lyricism. This unpredictable virtuoso “has some of the stark, melancholy lyricism of Miles, the bristling rage of late ’60s Freddie Hubbard and a dollop of the extended techniques of Wadada Leo Smith and Lester Bowie,” observes Mark Keresman of JazzReview.com. Throughout his career, Tamura has led bands with radically different approaches. On one hand, there are avant rock jazz fusion bands like his quartet, whose album Hada Hada Peter Marsh of the BBC described this way: “Imagine Don Cherry woke up one morning, found he’d joined an avant goth-rock band and was booked to score an Italian horror movie.”

In contrast, Tamura has focused on the intersection of folk music and sound abstraction with Gato Libre since 2003. The band’s poetic, quietly surreal performances have been praised for their “surprisingly soft and lyrical beauty that at times borders on flat-out impressionism,” by Rick Anderson in CD Hotlist. Tamura also collaborates on many of Fujii’s projects, from quartets and trios to big bands. As an unaccompanied soloist, he’s released three CDs, including Dragon Nat (2014). He and Fujii are also members of Kaze, a collaborative quartet with French musicians, trumpeter Christian Pruvost and drummer Peter Orins. “As unconventional as he may be,” notes Marc Chenard in Coda magazine, “Natsuki Tamura is unquestionably one of the most adventurous trumpet players on the scene today.”