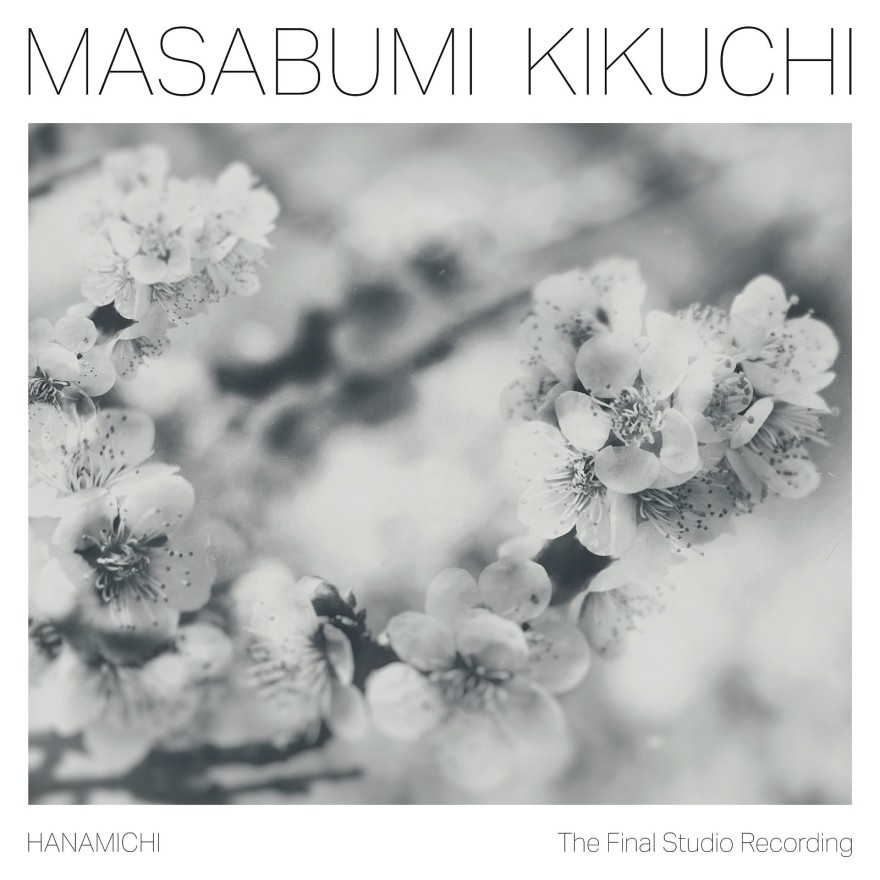 “[Kikuchi] was continually searching for his ‘voice’ that he couldn’t articulate with words. It wasn’t until a few years before he died that his ‘voice’ found him!” – Gary Peacock

Six revelatory tracks by the late Japanese pianist Masabumi Kikuchi are featured on Hanamichi, the debut release by Red Hook Records, due out April 16, 2021, in digital, LP, and CD formats available at https://ingroov.es/hanamichi.  Recorded over a two-day New York session on a magnificent Steinway, the music marks a divergence from the mostly free improvising Poo (Kikuchi’s nickname), who died at age 75 in 2015, practiced during his final years. Kikuchi’s radiant playing sparkles with melodic exploration and expression in renditions of lesser-known tunes and popular standards.

The final studio recording from the late Japanese pianist Masabumi Kikuchi, Hanamichi is the culmination of a lifetime of musical exploration and discovery 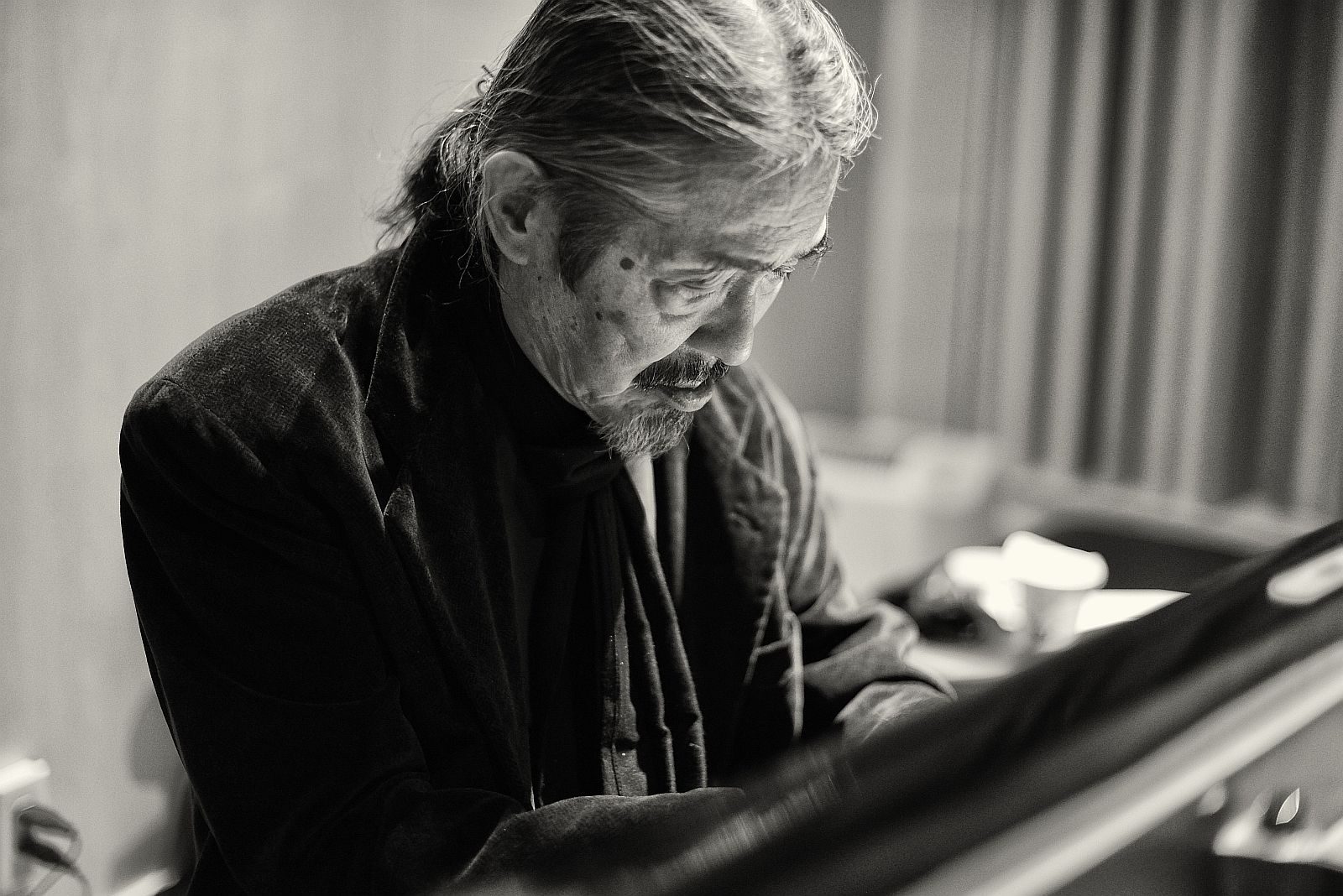 As Kevin Whitehead writes in these excerpts from the album’s liner notes:
“I don’t have any technique,” Kikuchi protested to the New York Times’ Ben Ratliff, a year and a half before recording Hanamichi. More accurate to say he’d developed his own. He played with fingers curved, hands moving crablike or poised banana-bunched. Sometimes his palms drooped below the keyboard, and sometimes he played with hands crossed or overlapping. You can hear the resultant sonic knots on “Improvisation” and the first “My Favorite Things”: churnings from which instant melodies suddenly arise.

For Hanamichi, producer Sun Chung nudged him toward playing tunes, in addition to his free improvisations. That proved to be a good idea. Poo didn’t bring music or a setlist, calling selections in the moment. One is a personal standard, a staple of  his sets since 1970, the ballad for his daughter “Little Abi.”

You can measure how radically Kikuchi transforms Mabel Wayne’s brisk Spanish waltz “Ramona” by the seven-second gap between the first and second notes of the melody once he finally gets around to it. Languid tempo lets him build, and the final melody statement in a new key is freighted with accumulated feeling. That tempo lets us hear Kikuchi’s command of pedaling and of overtones at the margins: the high thin sheen of ringing harmonics that persists through changing chords.

While some pianists who ride sustain pedal overplay, Kikuchi pares back, choosing notes with extra care for clarity. Humming piano harp is a shifting backdrop to present action, not a heavy curtain descending on it. Kikuchi’s “Summertime” announces the melody with playfully ambiguous barroom tremolos and distorts the graceful timing of Gershwin’s internal cadences. All those dynamics he minds are on display: piano rings in many ways, across the registers — another zone of dynamic variation. In the performance’s back half, an overflight of chattering birds/dissolving high chords unhatches Poo’s eerie buzzard voice. Other pianists sing along with their right hands; Kikuchi’s keening would beam in from beyond, an independent voice. On Hanamichi, his utterances are few and surprisingly on point, intensifying musical effect.

Two radically different “My Favorite Things” confirm Hanamichi’s improvisatory spontaneity: two days, two perspectives. Taking his time on the longer take, Kikuchi finds implications in the melody and harmony that skirling modal versions gloss over. As on “Abi” he strikes hammered-anvil chords, dynamic alloys of timbre, harmony and attack. They signify, and remind us, that Masabumi Kikuchi’s piano music is not about rippling over the keys but making the instrument sound. 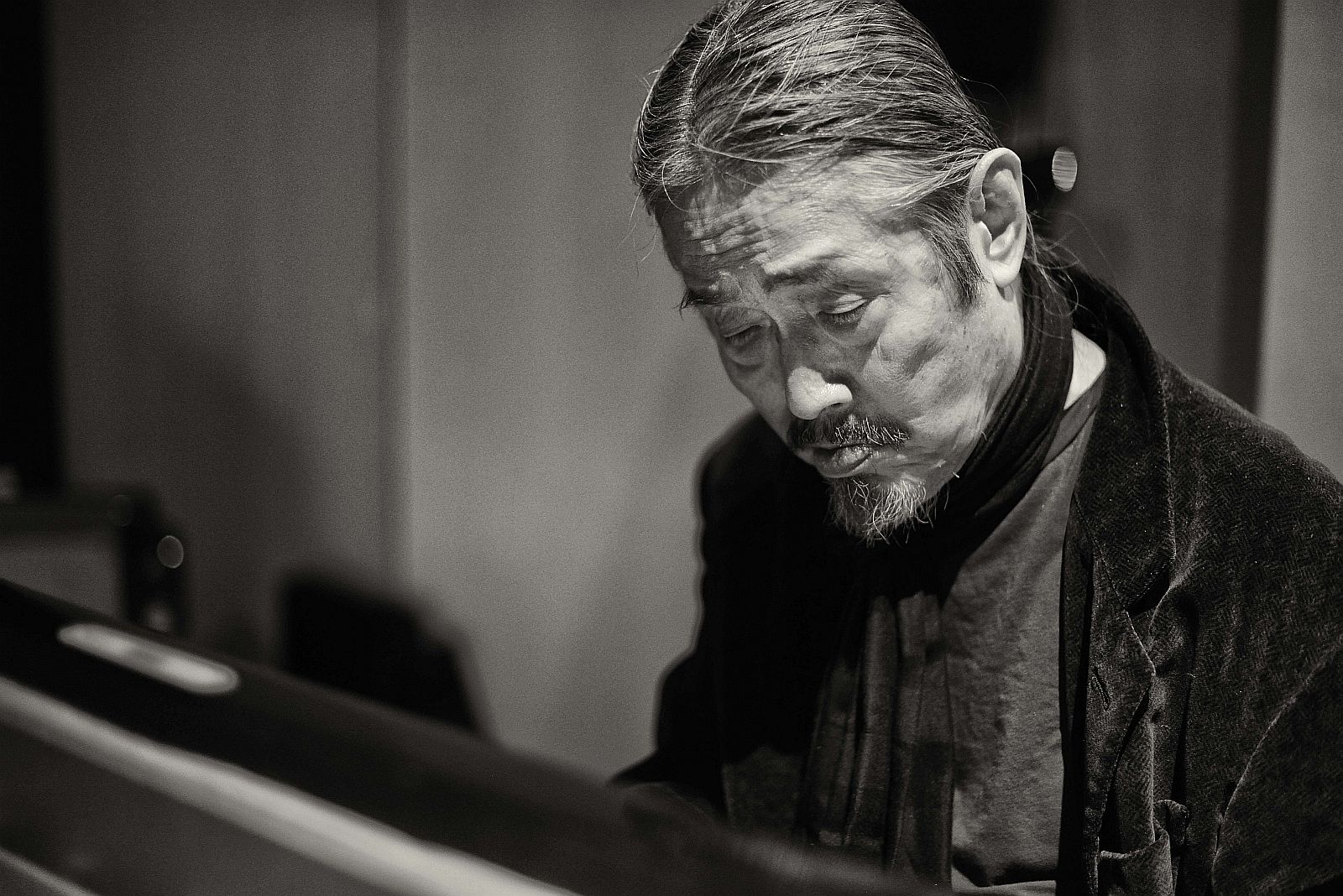 Masabumi “Poo” Kikuchi (October 19, 1939 – July 6, 2015) was a Japanese jazz pianist and composer. Born in Tokyo, he studied music at the Tokyo Art College High School. He worked with a diverse range of musicians, including Lionel Hampton, McCoy Tyner, Mal Waldron, Elvin Jones, Miles Davis, and Gary Peacock. His vast discography covered a wide range of styles, ranging from straight-up post-bop and vanguard classical to fusion, synthesizer, and digital dub. After winning a DownBeat magazine contest for overseas musicians, he won a full scholarship for Berklee College of Music, playing piano for Sonny Rollins’ Japanese tour before departing for the United States. He gained renown as a leader, sideman, and featured guest, recording albums and touring with jazz music’s top players. Over the decades he experimented with electric music, synthesizer, improvisation, and new forms. In 1990 he released the Bill Laswell-produced Dreamachine and began his significant, longtime collaboration with drummer Paul Motian. He continued to play and release new music until his death in 2015.

Red Hook Records is a new label launched in 2020 by former ECM producer Sun Chung. Red Hook Records is a place for encounters, where musicians have opportunities to interact with creative minds, share insights, explore and carve new adventurous ways of creative wayfaring. Red Hook aims to dissolve musical boundaries through the interweaving of musical genres and the exploration of intercultural collaborations. Among the label’s upcoming releases are new projects by trumpeter/composer Wadada Leo Smith, drummer Andrew Cyrille, and electronic musician Qasim Naqvi.