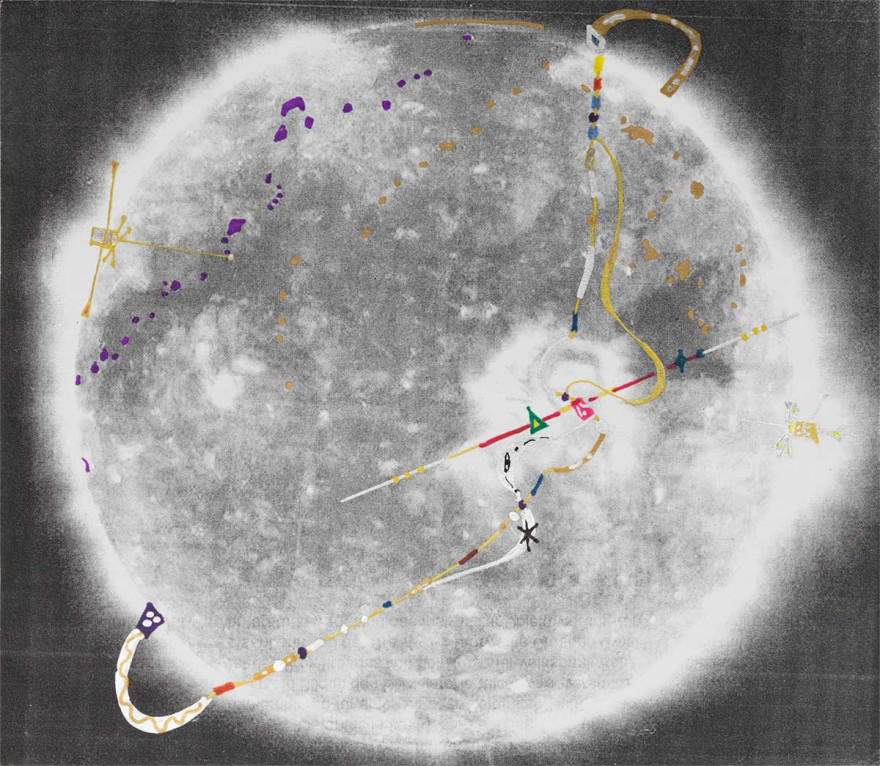 The inaugural MM Performer-Composer class will perform Wadada Leo Smith‘s Symphony No. 2 Winter in a live streamed, multi-location presentation. The performance is part of the Performer-Composer Stone Lab, a workshop led by artists-in-residence at The Stone, “a not-for-profit performance initiative dedicated to the experimental and avant-garde.”

The new Performer-Composer Master of Music (MM) degree at The New School’s College of Performing Arts is designed for musicians whose passion lies at the intersection of composition, performance, and improvisation. 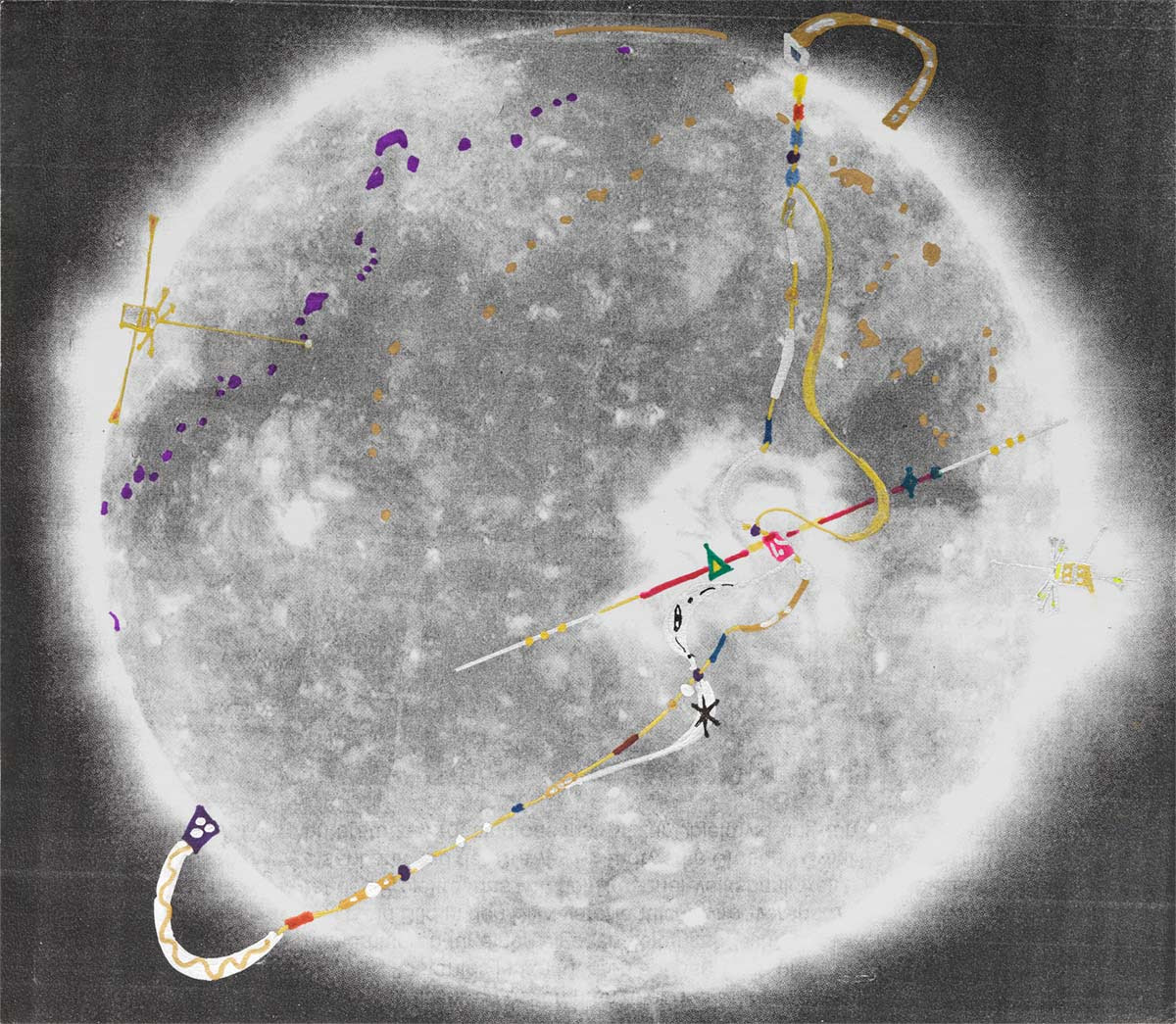 The surface of the winter panel has a spike crossing its center, the top right-end of the spike is pointed upward and it’s bottom left-end is pointed downward. Also the surface has a sonic-belt that starts in the back of the Sun and loops over across the front surface of the Sun. Then it descends just under the center of the spike and turns a bit to the left. And it further descends downward until it passes the Sun’s thermal flares at the bottom of the score. Afterwards it enters back into the Sun’s surface.

The sonic-belt enters Sun’s surface from above the Sun’s thermal flares and its descent beginning at the color spectrum with the yellow-gold going through to the light blue color. The yellow-gold ribbon descends in a curl shape, looping around the spike.

The gold white blue ribbon on the left side descends from the bottom of the color spectrum at the light blue color point; and descends, creating a loop that connects the yellow-gold ribbon just above the spike at the dark blue color point. This is the first of three loops and is the largest of the three.

The Sonic-belt continues its downward movement descending below the spike as it bellows out forming the second loop. The left side of the loop is formed with gold and purple color lines, which connects the right and left ends of the loop. The third and the smallest of the loops also bellows out from the right side and is constructed in an arch like curve with the color silver and has a six-point black star near the top of the loop.

There are two satellites positioned opposite of each other, one in the West and the other one in the East.

There are two sonic-strings, one constructed with purple dots coming from the left side of the Sun near the western satellite and it moves upward and disappears into the Sun’s surface near the top of the Sun. The second sonic-string is constructed with gold dots and is located to the right of the purple sonic-string. It too descends into the Sun surface. Notice that from the top of the Sun’s surface on the right side of the yellow-gold ribbon are gold shaped patterns with large and small dots that form different types of loops.

This sonic-belt and the sonic-strings are used as major musical sources and its elements, which are: colors, shapes, and symbolic image-formations. These elements are spontaneously transformed into music by the musicians.

Frist the performers must map their musical instruments to all the elements i.e. colors, shapes, symbolic image-formations, Sonic-belt, Sonic-string, spike, satellites, rim, thermal flairs and the surface of the Sun. And in order to enhance the quality of the music it is required that each source composed on the panel must be mapped differently and secretly by the musicians in the ensemble.

Read more about No. 2 Winter here.

Throughout his career, Smith has been recognized for his groundbreaking body of work. A finalist for the 2013 Pulitzer Prize in Music, he received the 2016 Doris Duke Artist Award and earned an honorary doctorate from CalArts, where he was also celebrated as Faculty Emeritus. In addition, he received the Hammer Museum’s Mohn Award for Career “honoring brilliance and resilience.” In 2018 he received the Religion and The Arts Award from the American Academy of Religion, and in 2019 he received the UCLA Medal, the University’s highest honor.

In October 2015 The Renaissance Society at the University of Chicago presented the first comprehensive  exhibition of Smith’s Ankhrasmation scores, which use non- standard visual directions, making them works of art in themselves as well as igniting creative sparks in the musicians who perform them. In 2016, these scores were also featured in exhibitions at the Hammer Museum, and the Kalamazoo Institute of Arts and Kadist in San Francisco.

Born December 18, 1941 in Leland, Mississippi, Smith&#39;s early musical life began at age thirteen when he became involved with the Delta blues and jazz traditions performing with his stepfather, bluesman Alex Wallace. He received his formal musical education from the U.S. Military band program (1963), the Sherwood School of Music (1967-69), and Wesleyan University (1975-76).