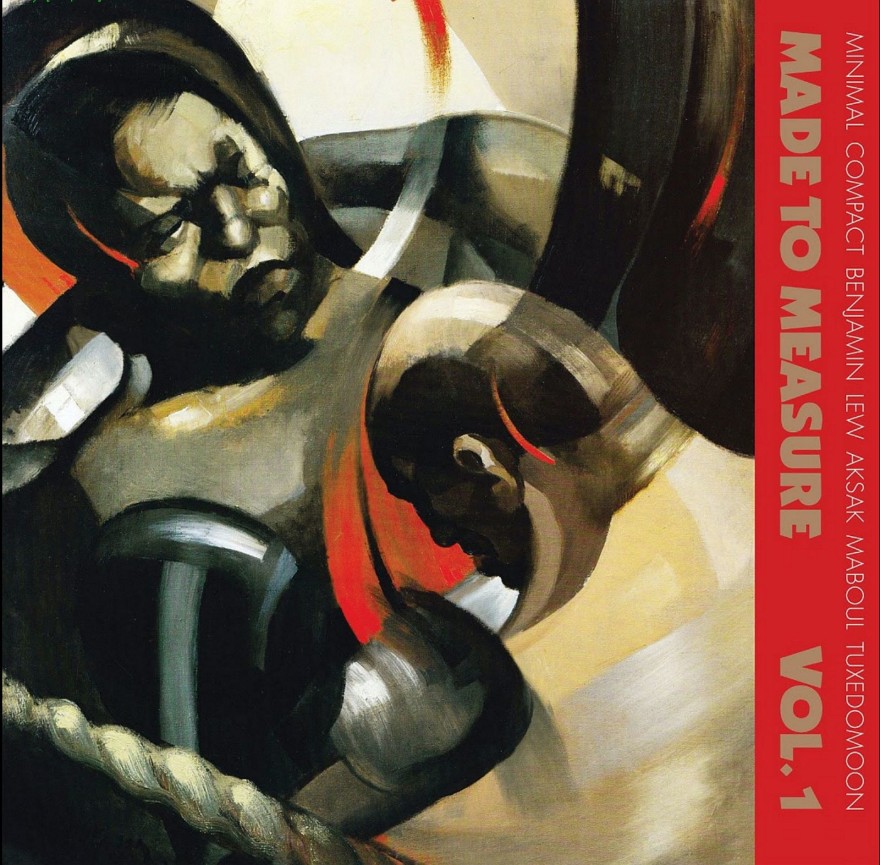 MADE TO MEASURE — a retrospective look

Inaugurated in 1984, Crammed’s MADE TO MEASURE composers’ series set out to chart a map of some of the most interesting instrumental music of the era. Thirty-five albums came out during the series’ first decade, harbouring a great variety of inventive musical adventures which often weaved aspects of neoclassical/chamber music, ambient, electronica, minimalism, experimental avant-rock, soundscape creation & more.

The series was half-jokingly christened “Made To Measure” in order to give a semblance of rationale to what was bound — as with all of Crammed’s curiosity and adventurousness-driven ventures— to become a diverse collection. The loose idea was: this is music which has or could have been made to measure as a soundtrack for other art forms (film, theatre, dance, video).

Using a quote from painter Georges Braque as our motto (A lemon beside an orange is no longer a lemon, the orange no longer an orange; they have become fruit. Mathematicians follow this law. So do we), as well as a unified visual presentation, and the quasi-systematical use of pre-existing works of art as cover illustrations, we seemed to have succeeded in creating and running a series which became emblematic, was followed by music connoisseurs worldwide, and enjoys significant cult status to this day.

During the following couple of decades, our attention was drawn to many other musical areas, Made To Measure was left aside and became a sort of sleeping treasure, so to speak. Time and again, successive generations of fans and artists drew inspiration from the series. Several years ago, CD discreetly started reactivating the series and released a handful of new albums on MTM, as well as a successful vinyl reissue of Yasuaki Shimizu’s Music For Commercials (from 1987).

2021 is here and, as Crammed celebrates its 40th anniversary, we’re now set on staging a proper Made To Measure revival! The series will host several new releases, and we’ll be rolling out selected remastered vinyl reissues of some of the series’ classic early releases, starting with this, the inaugural volume, MADE TO MEASURE VOL. 1.

Originally released in 1984, the inaugural volume of the series included works commissioned as soundtracks for dance & theatre performances, films, and a fashion show. The album offers both a glimpse into unusual aspects of these four artists’ work, and a testimony of the buzzing activity in what was becoming a close-knit community of musicians revolving around Crammed Discs’ Brussels headquarters, which spawned many collaborations (some of which are mentioned below).

Minimal Compact: Pieces for Nothing 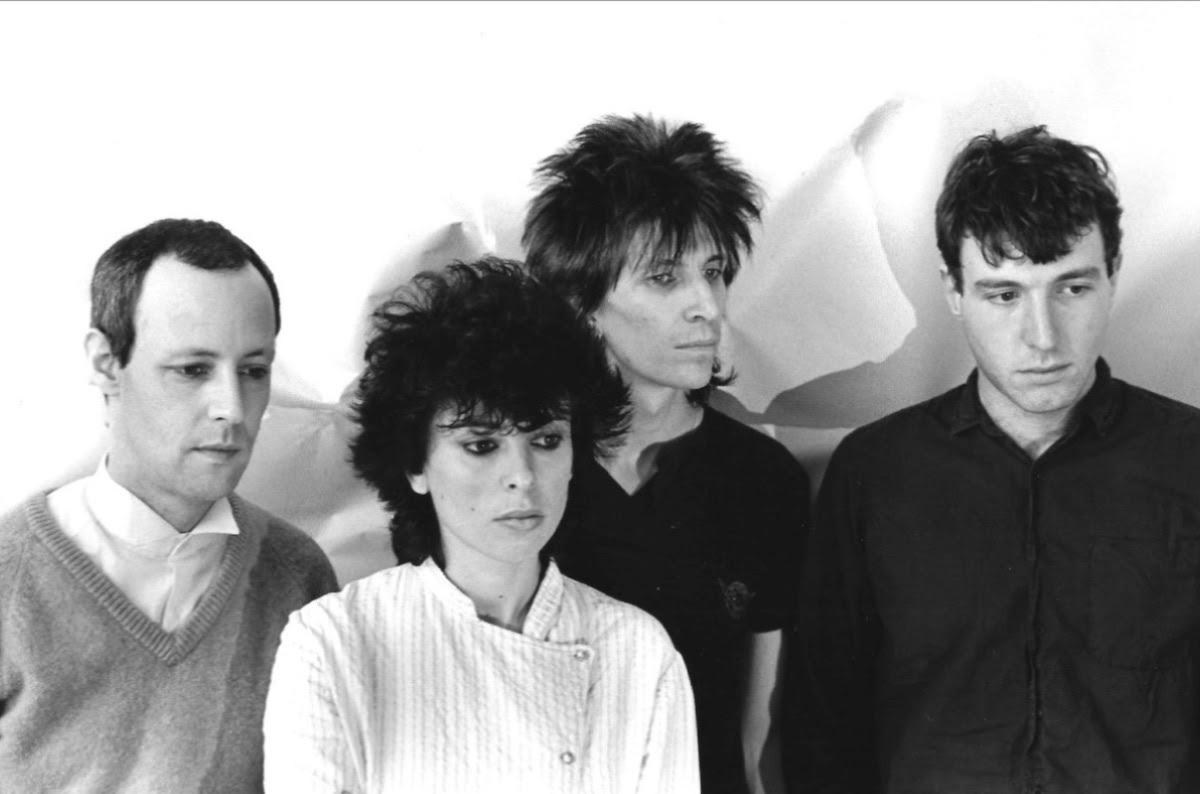 Following their momentous debut release (their self-titled 1981 mini-album), the original trio of Samy Birnbach (later known as DJ Morpheus), Malka Spigel and Berry Sakharof were joined by drummer Max Franken, and the multicultural gang (now including members born in Turkey, Israel, Poland and Holland) recorded their debut full-length, One By One which, upon its release in 1983, positioned the band as an influential force across the European music scene, where their incisive, Middle-Eastern coloured, lyrical post-new wave sound made a strong impression.
Their encounter with French choreographer Pierre Droulers gave Minimal Compact the opportunity for a new experience, as Droulers commissioned them to write four tracks for a dance piece. The band had recently befriended fellow-expats Tuxedomoon, and this led to the US band’s Peter Principle and then-regular sound engineer Gilles Martin taking on production duties for the recording of these tracks, which also benefitted from contributions by Tuxedomoon’s Steven Brown on sax & clarinet, and Jeannot Gillis (Julverne) on violin.

The resulting Pieces for Nothing is an elegant suite which shows another dimension of Minimal Compact’s musical scope, a direction they’ll later pursue with their Lowlands Flight project for Made To Measure. The band went on to record and release five more albums with Crammed. 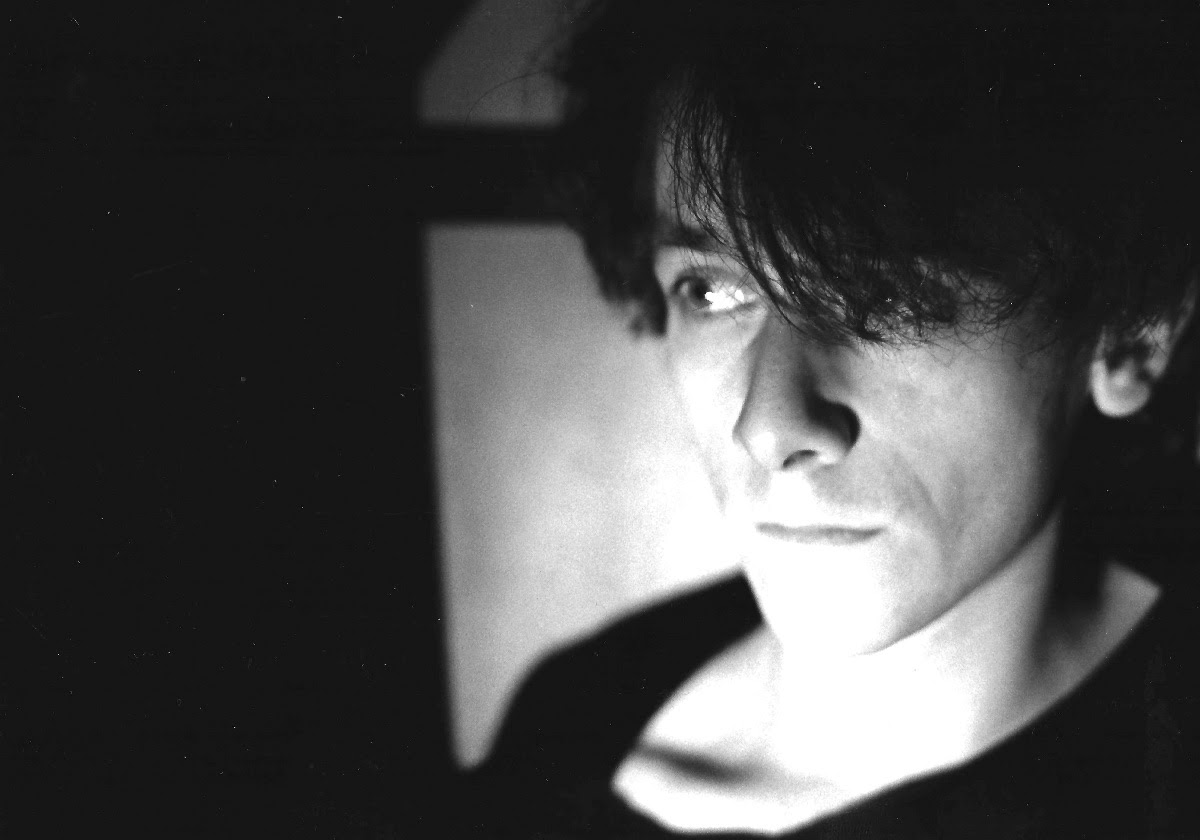 Benjamin Lew is a unique artist, who produced some of the most original, mesmerizing music of the 80s/90s, over the course of five albums (all out in the Made To Measure series). An enlightened amateur -in the noble and almost Renaissance-like sense of the word-, he dabbled with equal grace in photography, writing, visual arts… His brilliant debut album (Douzième Journée, his first collab with Steven Brown) had come out in 1982, and his contribution to Made To Measure Vol.1 was recorded shortly thereafter, as a soundtrack for a fashion exhibition (“Huit jeunes stylistes limbourgeois”).

Benjamin Lew would go on to record another great album with Steven Brown (à propos d’un paysage, featuring Vini Reilly/Durutti Column, 1986), then the truly inspiring Nebka (1988), a collaboration with Samy Birnbach (When God Was Famous [A Tribute To Poetry], 1989), and Le parfum du raki (1993). Two compilations of his work have come out, one on Crammed (Compiled Electronic Landscapes, 2003), and one on the Stroom label, in collab with Crammed (Le personnage principal est un peuple isolé, 2019). 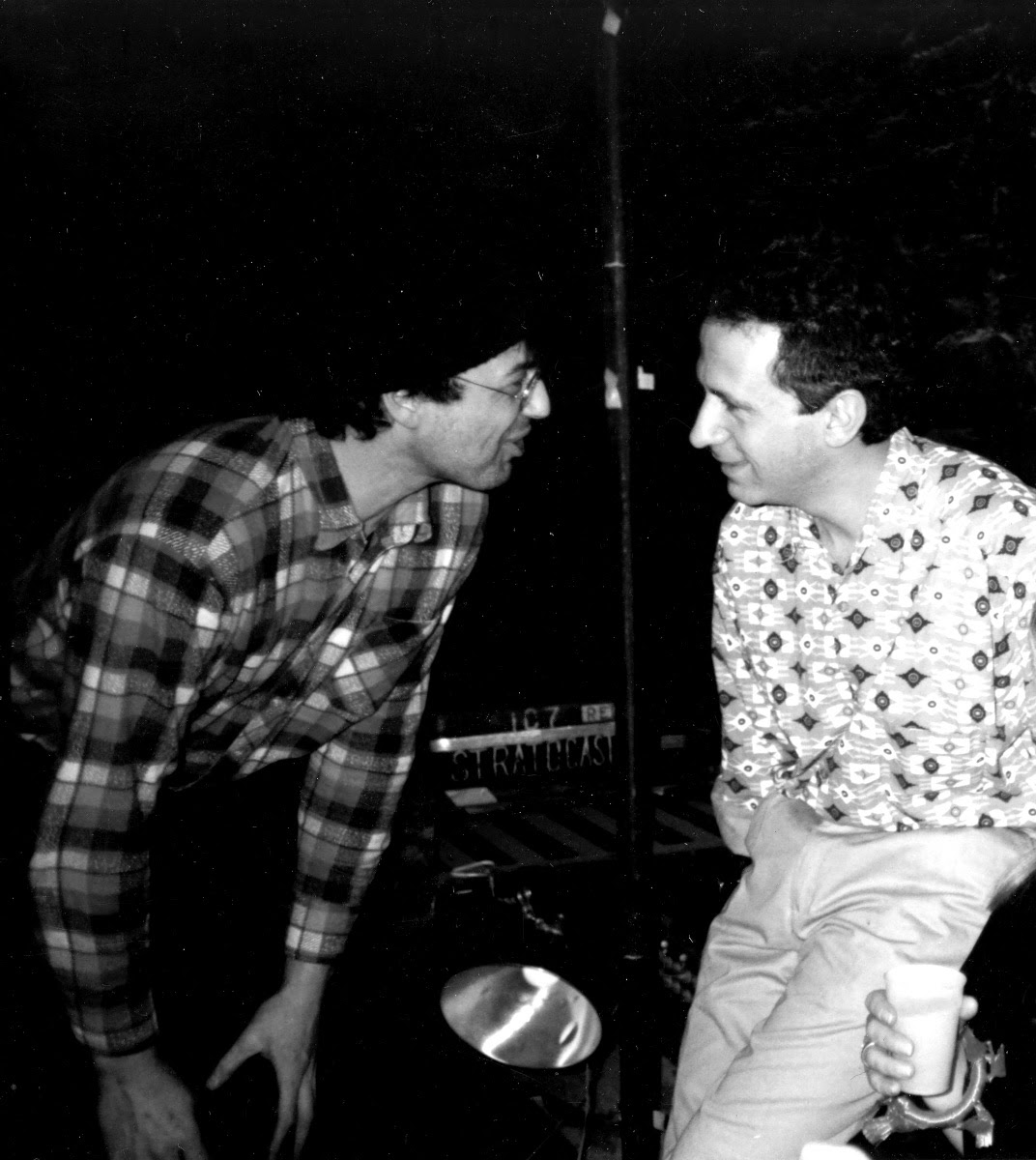 At the point where Made To Measure Vol.1 was conceived, in 1983, the seminal Crammed band had released its two initial albums, merged with The Honeymoon Killers (whose touring was then in full swing), and Marc Hollander & Véronique Vincent were busy writing and recording the songs for the 3rd album, which would eventually be released in 2014 as Ex-Futur Album (and included a song which developed from one of the pieces in Un Chien…).

Scratch Holiday could be described as an avant-garde melodic turntablist piece. All the sounds were generated with a turntable, a 7” pop single from the 1960s and some orange marmelade. Recorded by Vincent Kenis with Family Fodder’s Alig, it was then arranged and mixed by Kenis, Marc Hollander and Gilles Martin. Kenis & Hollander claimed that the track was made as a soundtrack for a Honeymoon Killers holiday movie but, to this day, it hasn’t been possible to verify this assertion. 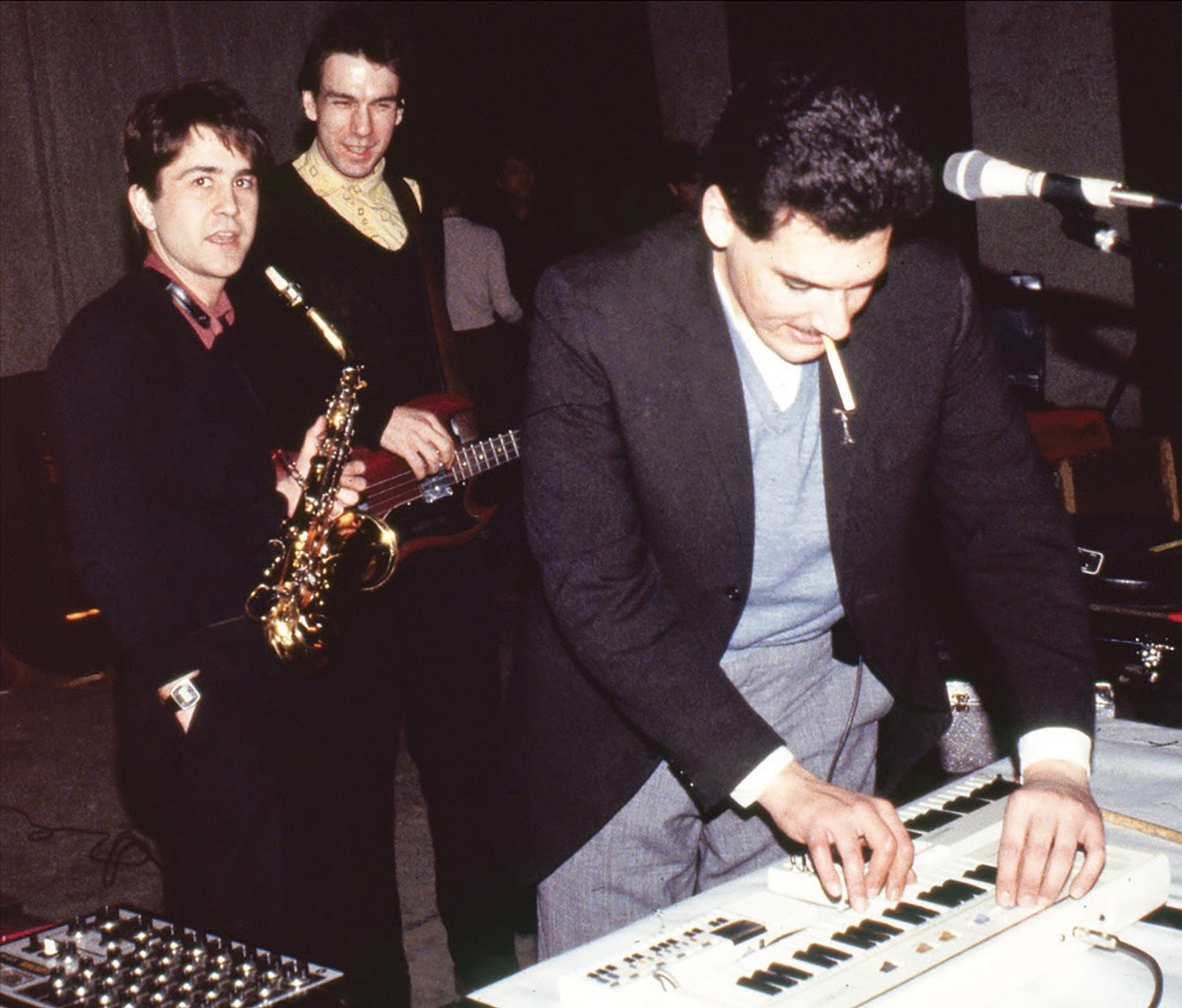 Born in 1977, in the heady atmosphere of San Francisco’s postpunk golden age, Tuxedomoon soon became a central part of New York’s No Wave scene, then signed to The Residents’ Ralph Records, and released two classic albums, Half Mute (1980) and Desire (1981), which soon got them worldwide exposure. Fleeing Reagan’s America, Tuxedomoon moved to Europe in the early ‘80s, and stayed there throughout the decade. Their ability to crystallize a certain dark and romantic zeitgeist quickly turned them into one of the most influential bands around, yet their music transcended all genres. The band members respectively moved to distant parts of the globe, and stopped working together for fifteen years, before getting together again and recording five great albums between 2003 and 2015. New music is currently in the works.

In 1983, Tuxedomoon were living in Brussels and, after a couple of releases with Les Disques du Crépuscule, they had inevitably started gravitating towards Crammed Discs, at first in the context of solo projects and collaborations. The inclusion of Verdun in Made To Measure Vol.1 was the first proper Tuxedomoon release on Crammed. It would soon be followed by the creation of CramBoy (1985), an imprint entirely devoted to Tuxedomoon’s new and back catalogue works, on which no less than 20 releases would take place over the course of the next 35 years.

The three tracks in Verdun were recorded for the soundtrack of a movie about the famous WW1 battlefield, entitled Het Veld van Eer and directed by Dutch filmmaker Bob Visser.