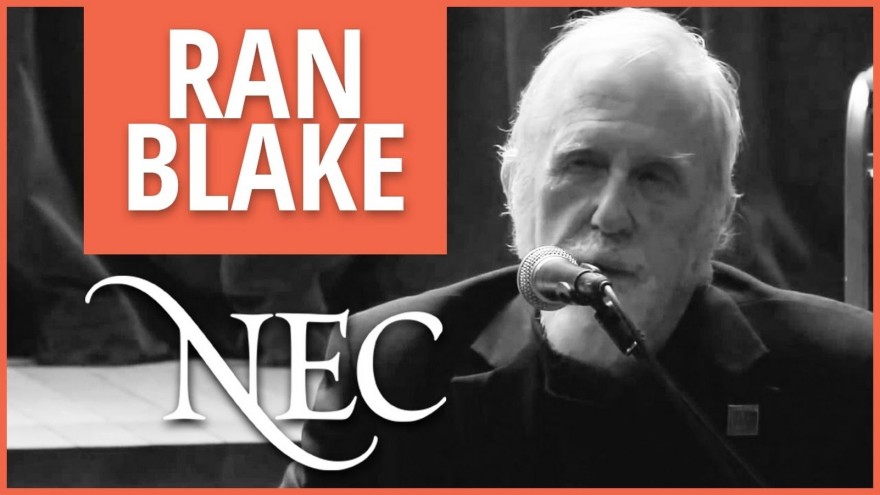 An internationally acclaimed performer, recording artist and MacArthur Fellow, Blake has been a pioneering teacher at NEC for more than 50 years. His teaching style emphasizes “the primacy of the ear,” an approach that values listening and promotes innovation and individuality. The Newest Sound Around, his 1962 RCA recording with vocalist Jeanne Lee, is an enduring classic, and he’s continued his groundbreaking work with vocalists including NEC alums Sara Serpa, Christine Correa and faculty member Dominique Eade. Blake also conceived the popular annual Film Noir concert series at NEC. 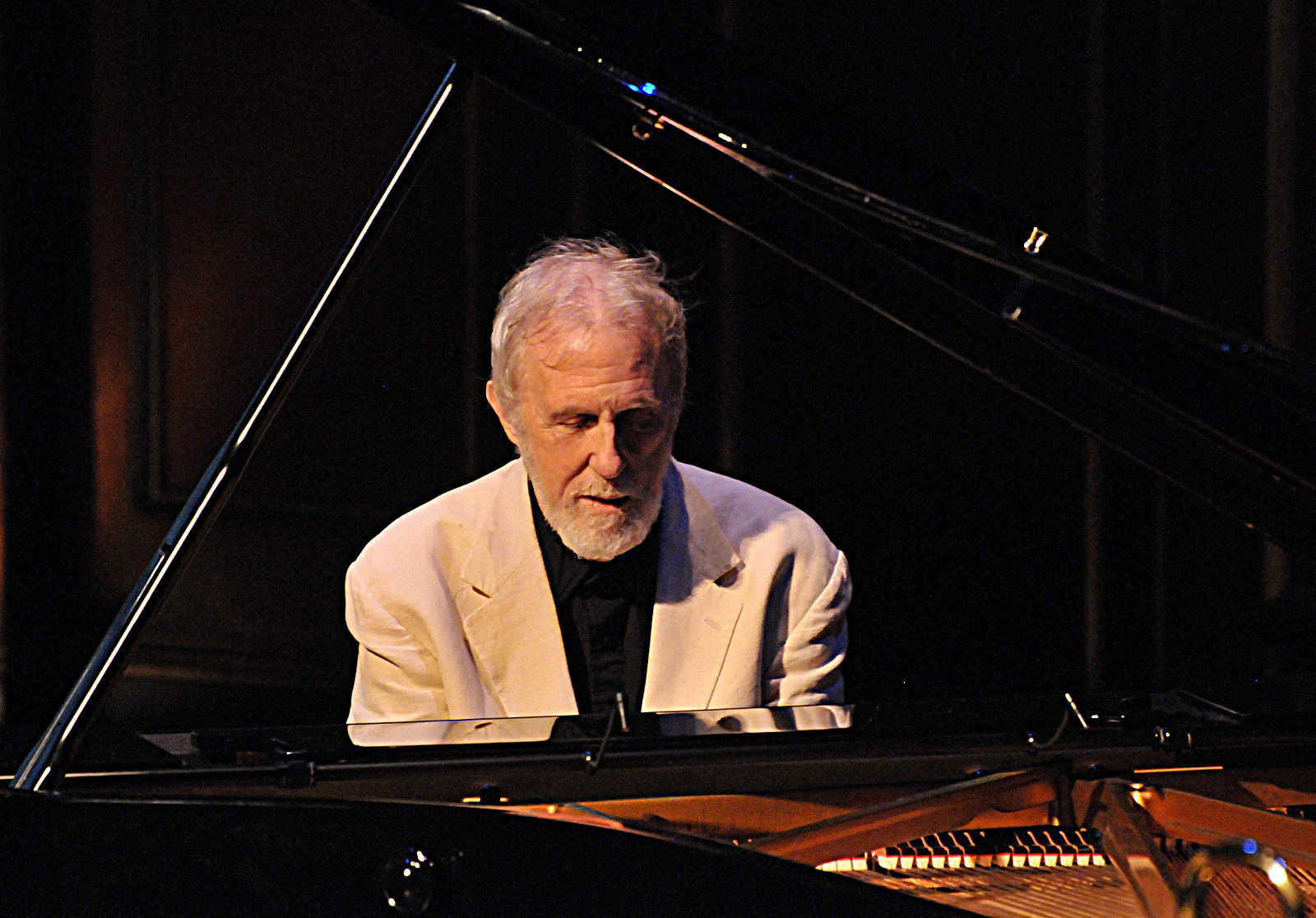 Wednesday, March 24 at 7:30 p.m. EST – Concert featuring Blake, NEC Faculty and Students
The performance, pre-recorded at Jordan Hall, features Blake in performance with faculty members and students.  For program information and to stream the event go to https://necmusic.edu/events/portrait-ran-blake-celebrating-85-years 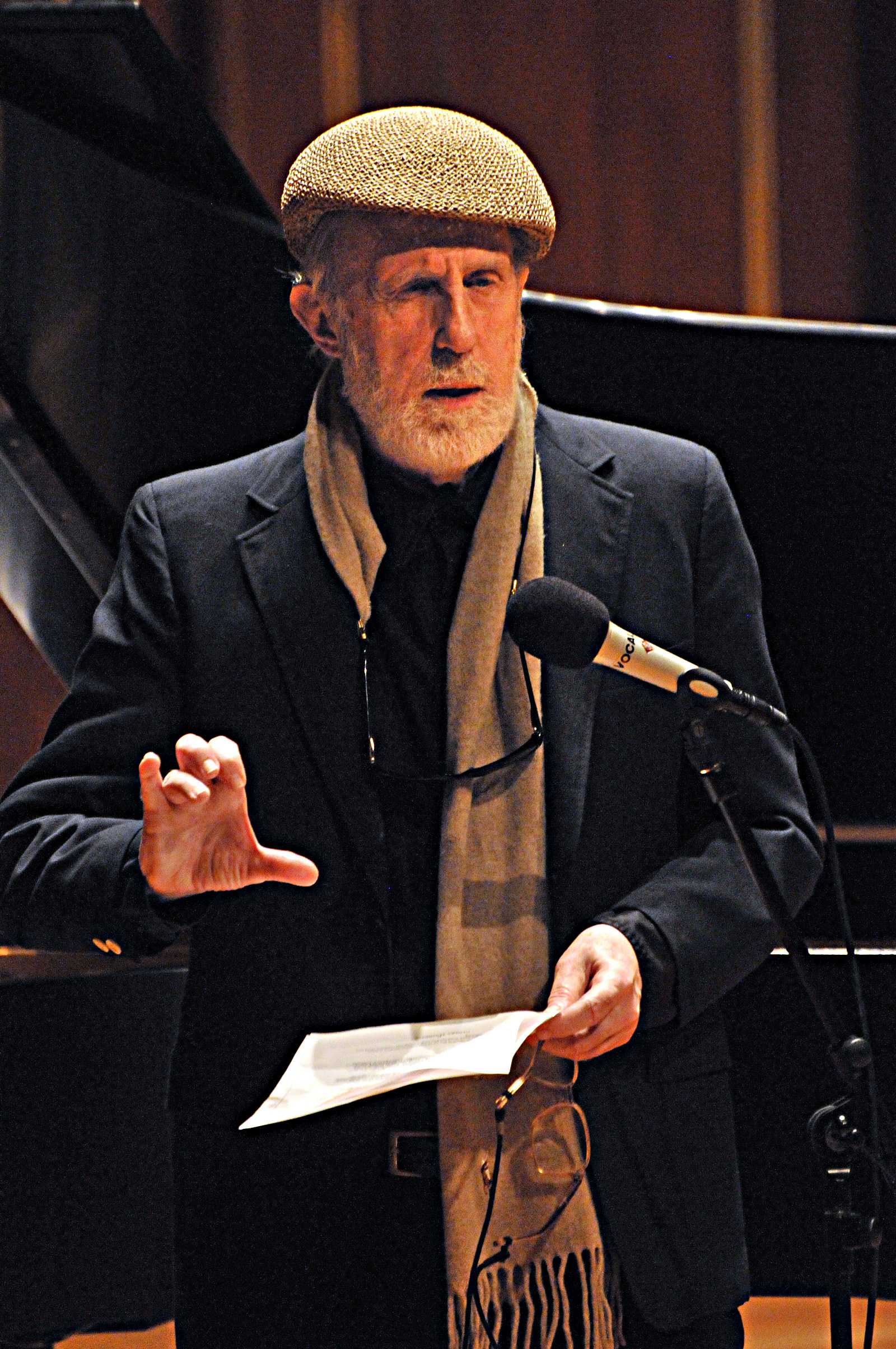 ABOUT RAN BLAKE
In a career spanning nearly six decades, pianist/composer Ran Blake has created a unique niche in improvised music as an artist and educator. With a characteristic mix of spontaneous solos, modern classical tonalities, the great American blues and gospel traditions, and classic film noir themes, Blake’s singular sound has earned a dedicated following around the world. His musical legacy includes more than 40 albums on some of the world’s finest jazz labels, and more than 50 years as a groundbreaking educator at New England Conservatory, where he was the founding chair of the Contemporary Improvisation department (previously called Third Stream), from 1972 through 2005, and continues to teach full-time. His innovative teaching approach, known as “the primacy of the ear,” emphasizes the listening process and long-term memory rather than sheet music.

Blake discovered film noir at age 11 when he first saw Robert Siodmak’s “The Spiral Staircase.” The genre, which Blake found “eerie, haunting, and unforgettable,” would leave an indelible mark on Blake’s art. The Pentecostal church music he discovered as a teenager also influenced his music. He and vocalist Jeanne Lee, a fellow Bard College student, formed a duo in the late 1950s, and in 1962 released RCA’s landmark recording The Newest Sound Around, which won the 1963 RCA Album First Prize in Germany and the 1980 Prix Billie Holiday and is included in the Académie du Jazz. That album was encouraged by Blake’s most significant mentor and champion, Gunther Schuller, who Blake met by chance at an Atlantic Records’ studio in 1959. Schuller invited Blake to study at the Lenox School of Jazz with luminaries including Oscar Peterson, Bill Russo, and others. Other teachers included Mary Lou Williams, Mal Waldron, Bill Evans, John Lewis, Max Roach, Oscar Peterson, and Stan Kenton.

In the late 1960s, Schuller invited Blake to join the faculty at New England Conservatory, where the two created the Third Stream Department, now known as the Contemporary Improvisation Department.

In 1988, Blake was recognized as a MacArthur “Genius” Fellow. He has performed around the world, collaborating and recording with artists including George Russell, Steve Lacy, Rufus Reid, Jaki Byard, Anthony Braxton, Andrew Hill, Jimmy Giuffre, Houston Person, Ricky Ford, and Danilo Perez. Many of his acclaimed recordings are tributes to artists like Thelonious Monk, Sarah Vaughn, Horace Silver, George Gershwin, and Duke Ellington. Recent recordings include Ghost Tones: Portraits of George Russell (2015), Live at the Kitano with Sara Serpa (2015), Down Here Below: A Tribute to Abbey Lincoln with Christine Correa (2015), Chabrol Noir: A Tribute to Claude Chabrol with Ricky Ford (2016), Town and Country with Dominique Eade (2017), Streaming with Christine Correa (2018), and The Newest Sound You Never Heard: European Recordings 1966-67 (2019).

Blake continues to evolve his noir language on the piano and remains active in teaching, recording, touring, and writing. A recent DownBeat review said, “Ran Blake is so hip it hurts…a pianist who can make you laugh at his dry humor one second and wring a tear the next.”

NEC’s Contemporary Improvisation program addresses the unique needs of musicians seeking to move beyond traditional boundaries. The department brings together an extremely diverse group of the world’s finest young artists in a setting where they can truly grow as a community of composers, performers, and improvisers. With an emphasis on ear training, technique, conceptual ideas, interdisciplinary collaboration, and a wide range of improvisational traditions, the CI program is uniquely positioned to produce the complete 21st century global musician. Founded in 1972 by Gunther Schuller and Ran Blake, the department is “a thriving hub of musical exploration,” (Jeremy Goodwin, Boston Globe).

ABOUT NEW ENGLAND CONSERVATORY
New England Conservatory (NEC) is recognized internationally as a leader among music schools, educating and training musicians of all ages from around the world for over 150 years. With 800 music students representing more than 40 countries in the College, and 2,000 youth and adults who study in the Preparatory and Continuing Education divisions, NEC cultivates a diverse, dynamic community for students, providing them with performance opportunities and high-caliber training with internationally-esteemed artist-teachers and scholars. NEC’s alumni, faculty and students touch nearly every aspect of musical life in the region; NEC is a major engine of the vital activity that makes Boston a musical and cultural capital. With the recent appointment of Andrea Kalyn to serve as NEC’s 17th President, the Conservatory is poised to embark on a new chapter at the forefront of innovation in education and music.