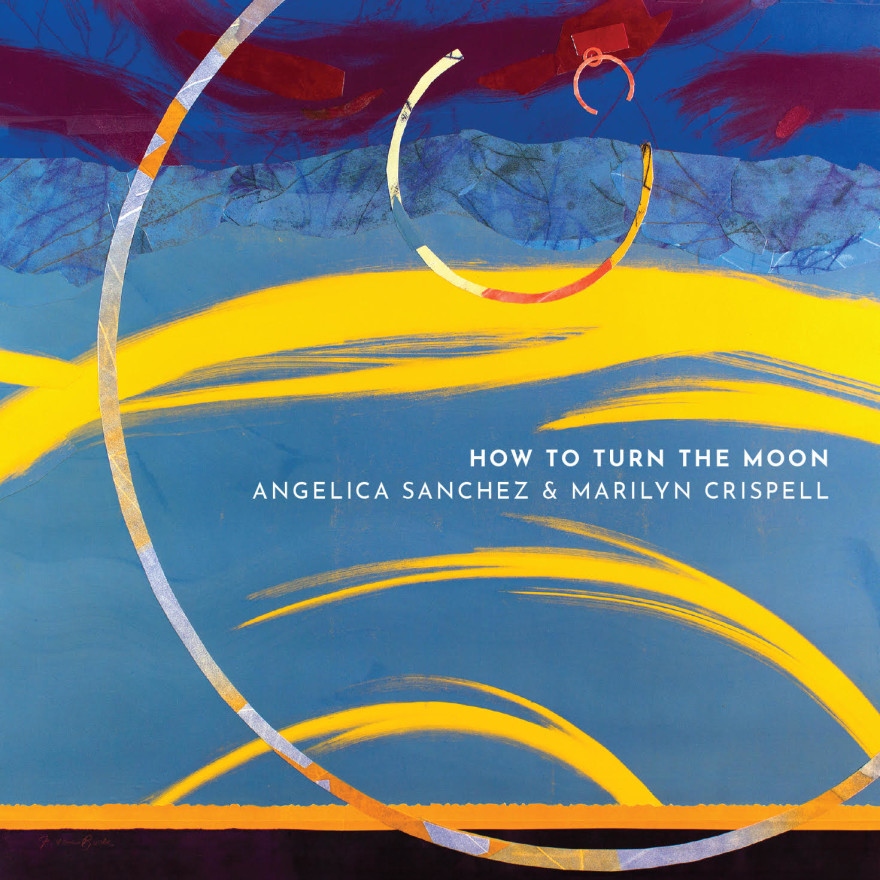 For the past two decades, pianist-composer Angelica Sanchez has shocked, bent and blurred lines and perceptions that separate composition from improvisation. How to Turn the Moon, her first release on Pyroclastic Records, offers a momentary culmination of that expression.

Within the expansive nature of her piano duo debut, Sanchez explores intimacy and transformation alongside creative colleague and mentor, pianist-composer Marilyn Crispell, whom Sanchez first heard on a Fred Anderson record when she was just 16. Together, the artists allow their shared moments to expand Sanchez’s short-form written compositions and co-create spontaneous ones.
Across 10 tracks of original material, Sanchez and Crispell find points of departure, reentry and rippling expansion. They explore their own interpretations of space and texture, seeking always to complement each other’s expressions – and express a truthful sound. The idea of creating short compositions designed for expansion – designed for players to begin in the middle of the form, should the moment desire it – excites and challenges Sanchez. “It’s not such an easy thing to figure out,” she says, “and it only works with people that you trust.”

“Windfall Light” at times sounds scripted – even reminiscent of a written suite. Entirely improvised, the track serves as one of many extended moments of deep, active listening between Sanchez and Crispell that settles and expands and transforms. “There are certain parts where it almost felt like we went into set harmony,” says Sanchez, who contends she and Crispell continually allowed for shifting in context throughout the piece.

“Sullivan’s Universe,” named for a painting by folk artist Patrick Sullivan, features an improvised gesture but for the short-form composition introduced in its entirety as the end of the track. Another instance of compositions as codas appears on “Ancient Dream,” a tune beginning in wild strummed resonances from inside the piano.

Sanchez tends to let melody lead her though written form and improvised expression, rendering a range of texture within her playing. “Lobe of the Fly” includes parallel passages as well as expressions of counterpoint, while “Ceiba Portal” – the longest written form on the recording – according to Sanchez, moves into “circular melodies” toward the end of the piece.

Drawing inspiration from patterned and un-patterned ways the human form imitates nature, Sanchez nurtures her expression away from the piano as earnestly as she does in front of it. As many have on past records, track titles on How to Turn the Moon emerge from her varied connections to nature and neuroscience. “Twisted Roots” relates in part to the composition’s snaky counterpoint, and evokes the underground image of a tree. An iteration of that same image prompted titling “Lobe of the Fly,” which Sanchez named for Santiago Ramón y Cajal’s drawings that feature cells in the optic lobe of a fly and resemble trees and roots.

She titled “Calyces of Held” for one of the central nervous system’s largest synapses, meditating on a related idea that cells often communicate with one another despite a lack of synapse connection.

This kind of profound, un-facilitated communication serves the creative union between Sanchez and Crispell. The two had been nurturing a friendship for more than a year when they entered into an artistic partnership with the intention of recording How to Turn the Moon. After roughly six months of ideas sharing, they booked two days to rehearse and record at Nevessa Production Studios near Woodstock, New York – Crispell’s preferred recording space. “We didn’t discuss much before the recording,” says Sanchez, “we just sat down, enjoyed each other’s presence and went for it.” On the album, engineer Chris Andersen helps serve its subtle transitions from scripted to spontaneous gesture, and enhance both artists’ tendencies toward mutual experimenting.

Though she’s drawn to through-composed music, “playing without a net,” alongside someone she trusts and reveres inspires and truly challenges Sanchez. “I still get excited when I sit down at the piano,” she says, “because you don’t know what’s going to happen.” How to Turn the Moon rises in earnest to that challenge. 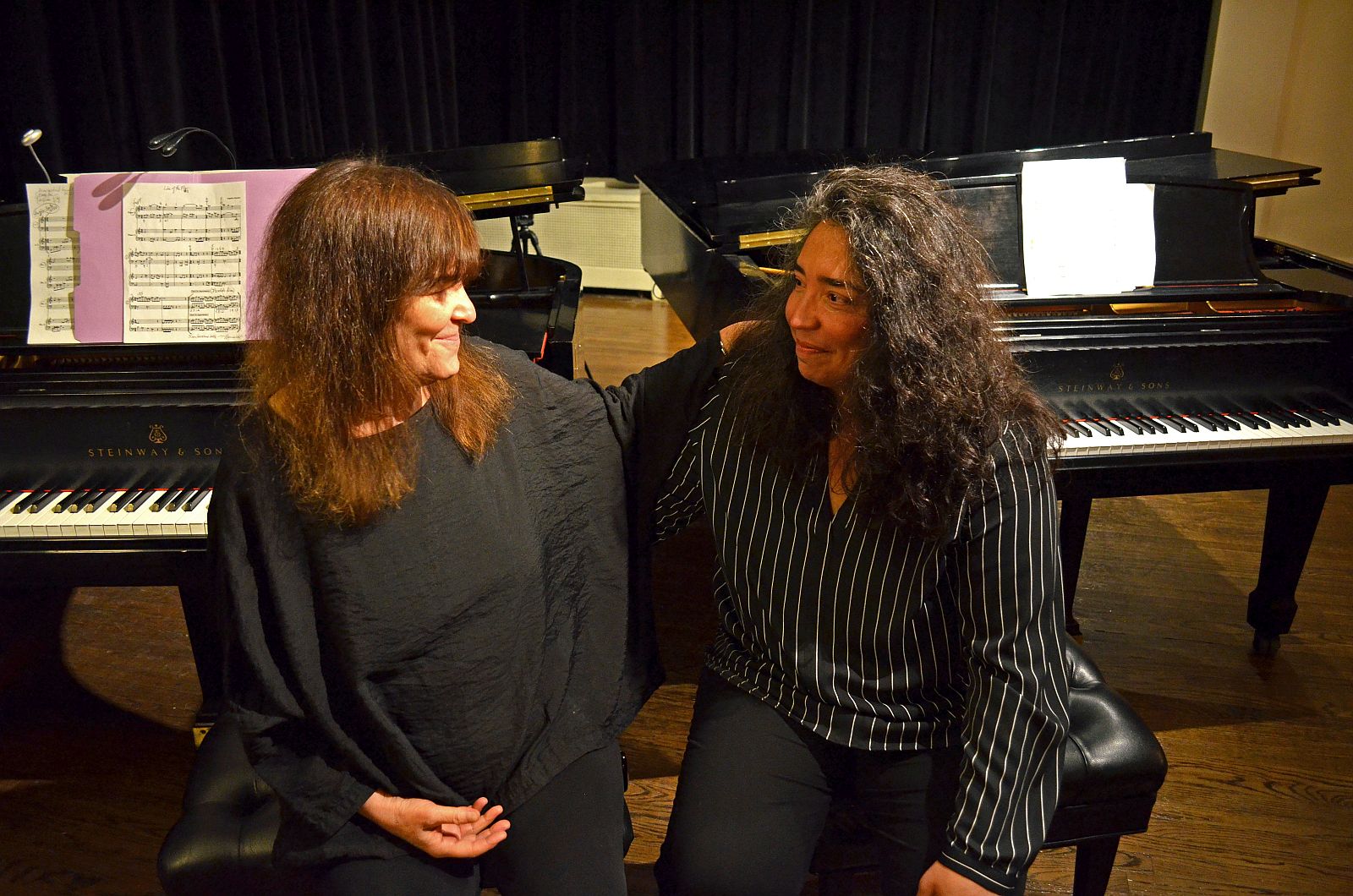 Marilyn Crispell has been a composer and performer of contemporary improvised music since 1978. For 10 years, she was a member of the Anthony Braxton Quartet and the Reggie Workman Ensemble, and has performed and recorded extensively as a soloist and with players across the U.S. as well as internationally. She’s worked with dancers, poets, filmmakers and visual artists; as an educator, she’s led workshops in improvisation. Crispell is the recipient of three New York Foundation for the Arts Fellowship grants, a Guggenheim Fellowship and a Mary Flagler Cary Charitable Trust composition commission.