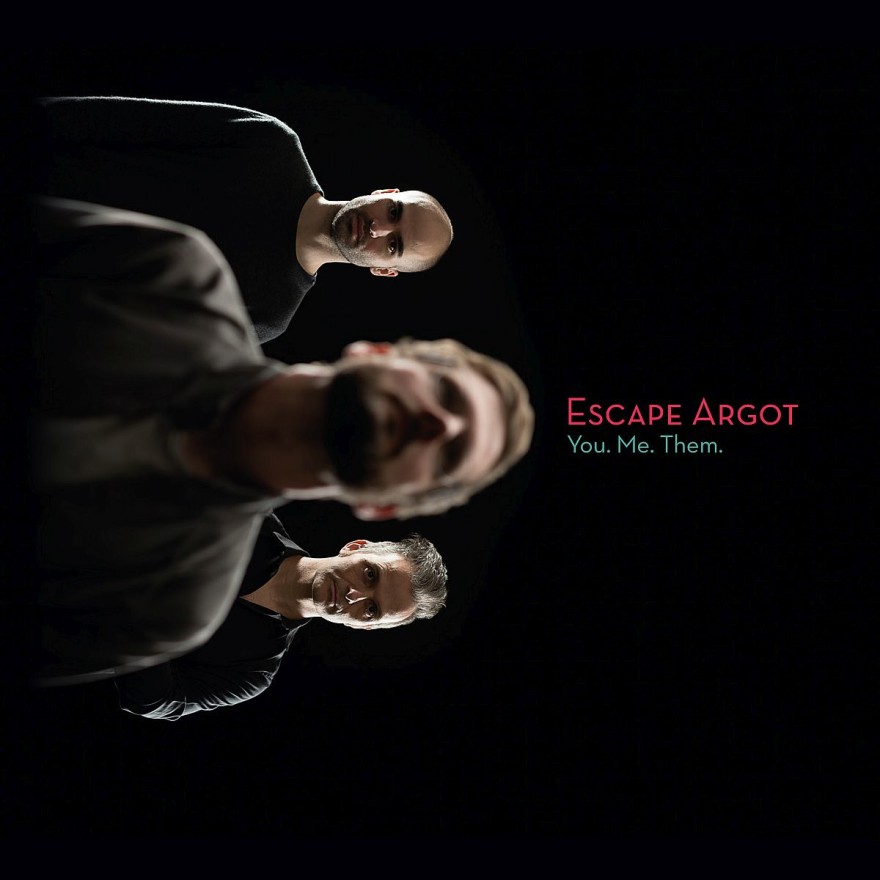 The second recording from Swiss unusual Escape Argot Trio, sporting Piano, Drums and Saxophones, comes out with an even more dynamic approach which already impressed me when I got their debut album to play. Leader and drummer Christoph Steiner teams up with his conservatory colleague, pianist Florian Favre, who’s own Piano Trio belongs to my favourites. The line-up is completed with multi-reeds player Christoph Grab, a mature musician with three decades of long probation and impressive lists of collaborators behind him, from both mainstream and improvising stables.

From their first recording I still do remember an incredible bond and vital interplay which resulted in developing such a complex composition, there is no difference here.

The opening Remains of Lightness marked with rhythmically chopped chords, in a typical for Favre manner, builds the frame on which Steiner can wave his lyrical canvas. The piano then leads in hymnal, nicely decayed notes into shimmery corners of the picture, where composer adds just a little rhythmic counterpoint giving saxophonist all the space he likes. Grab’s way of articulating here reminds me a lot another great sax master, German Heinz Sauer, with his fragile lyricism and airy approach.

Allowing shows phenomenal interplay when the melody is built on a shift of rhythm and counterpoint. Such a piece could not be executed so brilliantly as it is without amazing skills in the band and careful listening to each other. All the nuances which are laying on the border of the piano and drums conversation. On that structure rough and pretty hardcore saxophone blows with stepping up figurative patterns are coming to almost sculptural visualisation. This is honestly my favourite track on that recording and it possesses an enormous drive.

Plutimikation, dandy folk tune starts with imaginative, almost cinematique sense of picture from Ennio Morricone’s visions. But it has in it some childlike defiance, especially in Florian’s Act, which stays bound with the musical flow but in the same time runs into some dissonant swirls. At the climax the score goes through the complex transformation from the melody to the rhythm, to gently fade into swinging saxophone outro.

Another favourite of mine on that session is a short piece titled Part Of the Solution. It is again very theatrical miniature with imaginative, intellectual twist. Starts with Tango steps, nicely counted by the piano chops to move to quick and furtive rhythm changing patterns, which continue dancing with piano.

Never Enough Not Enough begins with synthetized chords like from the synth-pop arrangement to move into heavy piano chops, supported by meaty drumming to build the platform on which Grab can again carry both, the melody and pace with his sax. Prepared piano adds to the drama and creates intriguing unisons. This is another super torpedo piece ending with massive dynamic crescendo.

This session shows the trio at its excellence and leaves you hungry for more. It is very modern language building on classical piano modernism tradition but also appealing to post rock fans thanks to their versatility and ability to dialogue with surrounding energy.