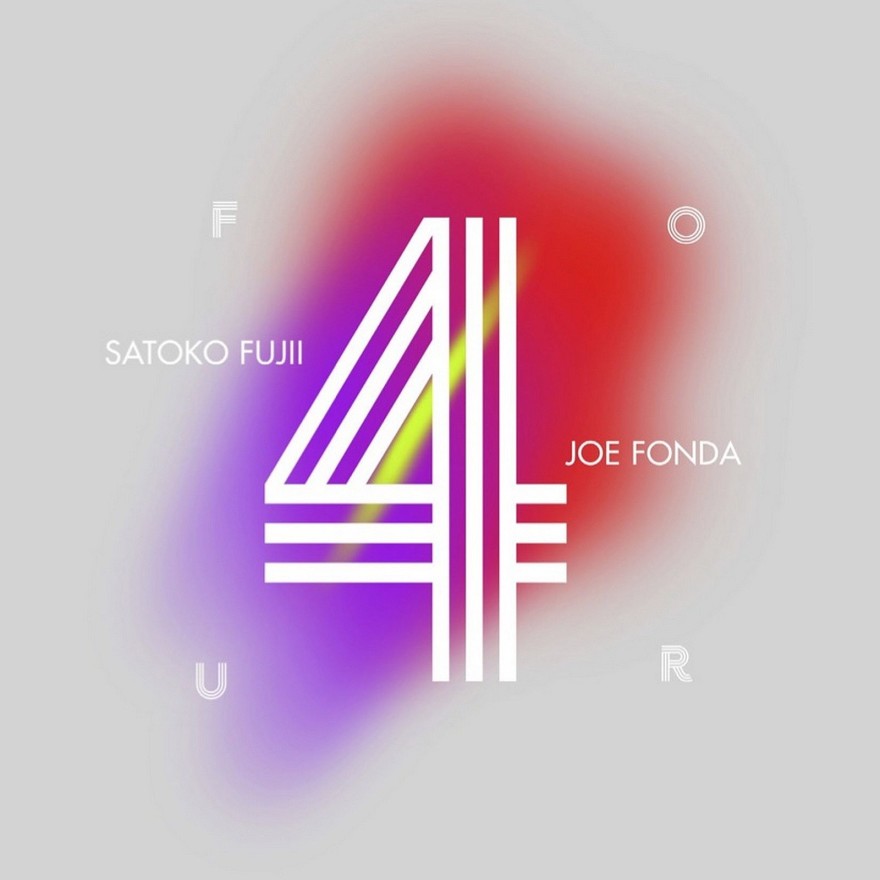 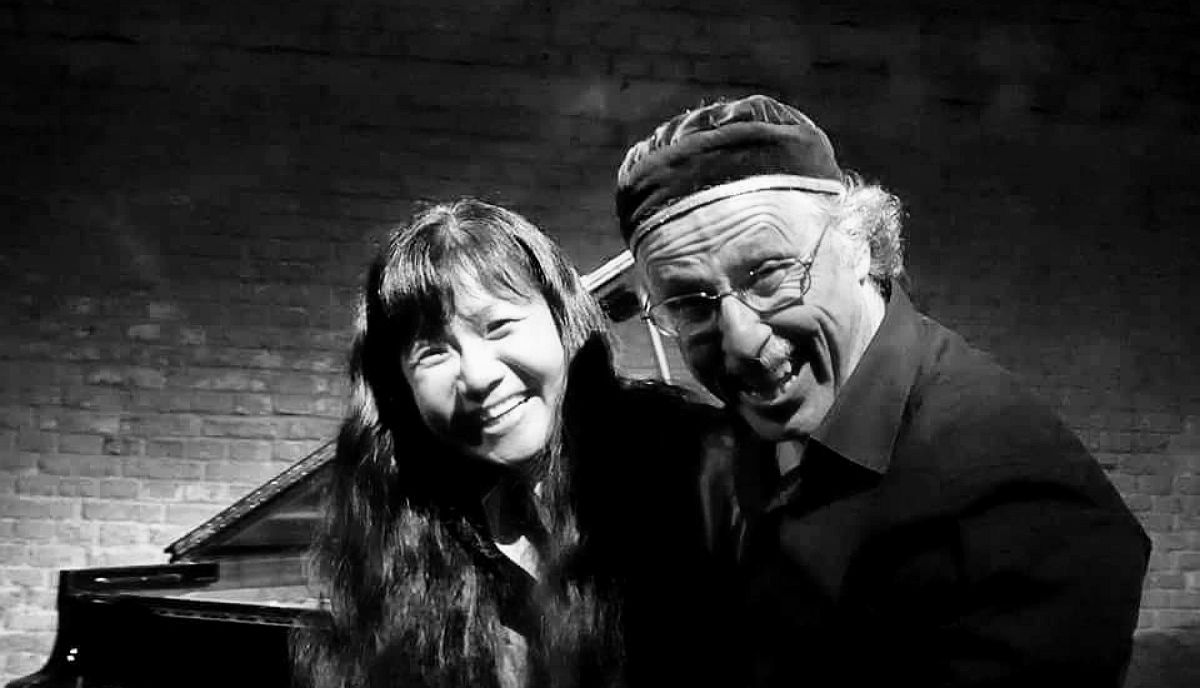 No one could have predicted that when pianist-composer Satoko Fujii and bassist-composer Joe Fonda first performed together in 2015, the duo would develop into the major collaboration it has become. And yet, four years down the road, they have toured extensively and released three CDs, all of which received rapturous critical praise. Now they present their fourth album, Four (Long Song Records, November 8, 2019), recorded in Japan with special guest trumpeter Natsuki Tamura. The inspiration that Fujii and Fonda draw from each other and the creative freedom they feel when they work together has kept their duo growing and deepening. This new release holds plenty of surprises.

“Satoko and I have created a strong body of work in a very short time of performing together as a duo and as a trio with Natsuki Tamura,” Fonda says of his work with the Japanese pianist. “The thing I love so much about playing with Satoko, and the lesson she imparts to me on every concert is, to play music without the ego being part of the process. Satoko plays from the love of music. She is selfless and leaves her ego at home when she comes to play. What a priceless lesson I receive each and every time we perform.”

For her part, Fujii also finds the duo’s music liberating. “While we often don’t notice, we really are tied up and hindered by many things. It is not easy to be truly free and not be effected by these things,” she says. “Joe is a musician who can release himself from these influences. When I play with him, I feel I also can be released from these invisible ropes and begin to find that freedom.”

The freedom and selflessness that Fonda and Fujii cite are evident from the opening moments of the album. They remain strong individuals, but they each subsume themselves to the music they are making in the moment. They are both generous musical partners, and on “Painted by Moonlight,” each uses space judiciously to leave room for the other to contribute. “Diamonds in the Rough” features some high-level melodic counterpoint between them, with one voice coexisting equally with the other. In contrast, “Cannot Do More Than That” finds them engaged in a call and response dialogue, taking turns advancing the piece, developing the last thing played, and handing it back. While the music becomes abstract and quite complex on “The Wind as it Bends,” they make eloquent music with the simplest of materials on the contemplative “Gift from Billy,” on which Fonda plays wood flute.

When Tamura joins on the final two pieces, the trio displays with the same balance of voices and sonic resourcefulness as the duo. The wide-ranging “Stars in Complete Darkness” evolves from its lyrical opening to pure sound explorations and back over the course of more than 20 minutes. The beautifully sustained group improvisation is highlighted by some of Fujii’s most probing playing. She consistently moves in unexpected directions as one note or a single chord deflects her line along a new trajectory. Elsewhere during the performance, Tamura’s wide sonic palette and Fujii’s delicate and colourful playing inside the piano, coupled with Fonda’s rich Arco drones yields gorgeous sonic tone poems. The concluding “We Meet as Three” is an elaborate conversation among three of the most inventive musicians at work in improvised music today. 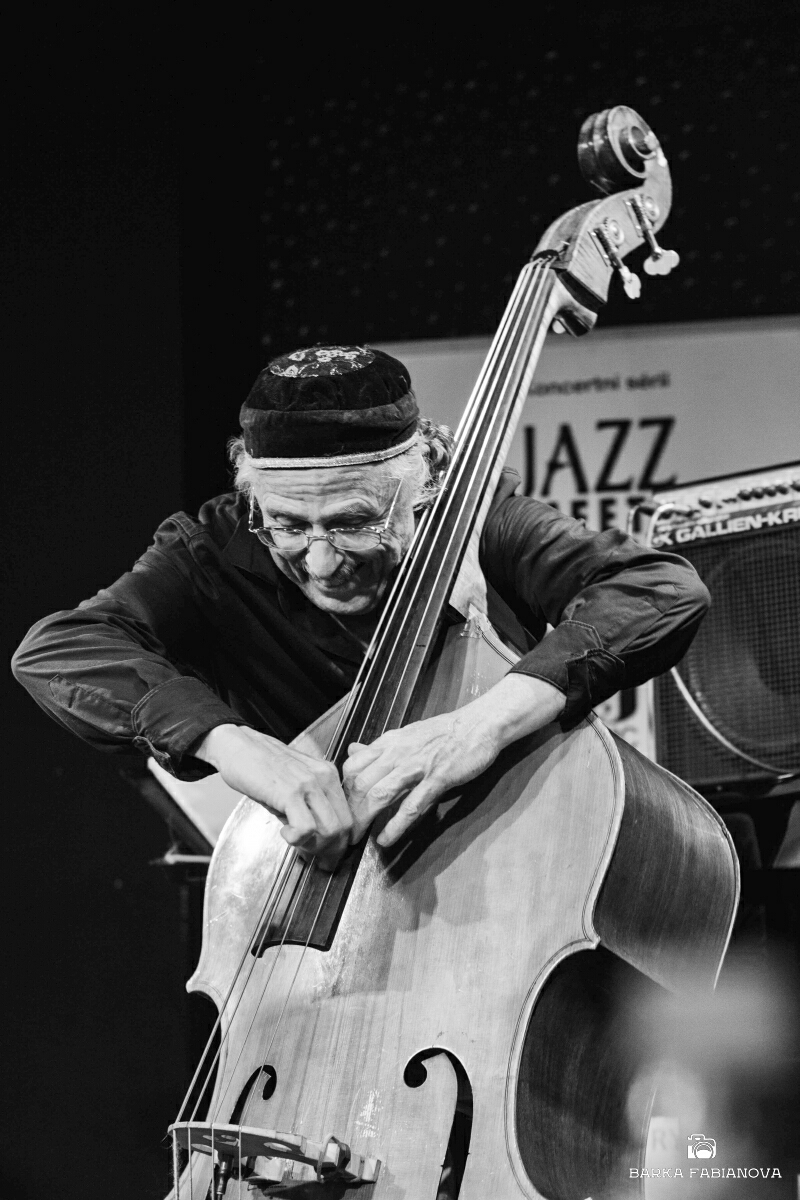 Joe Fonda “is a serious seeker of new musical horizons,” according to the Boston Phoenix. From 1984 to 1999, he was the bassist with composer-improviser and NEA Jazz Master Anthony Braxton. Fonda also has been an integral member of several cooperative bands, including the Fonda-Stevens Group with Michael Jefry Stevens, Herb Robertson, and Harvey Sorgen; Conference Call, with Gebhard Ullmann, Stevens, and George Schuller; the Fab Trio with Barry Altschul and Billy Bang; and the Nu Band with Mark Whitecage, Roy Campbell, and Lou Grassi. He is currently a member of The 3dom Factor, Alschul’s trio with saxophonist Jon Irabagon, and guitarist Michael Musillami’s trio, among others. He has led some truly unique ensembles of his own including From the Source, which features four instrumentalists, a tap dancer, and a body healer/vocalist; and Bottoms Out, a sextet with Gerry Hemingway, Joe Daley, Michael Rabinowitz, Claire Daly, and Gebhard Ullmann. He has released twelve recordings under his own name.