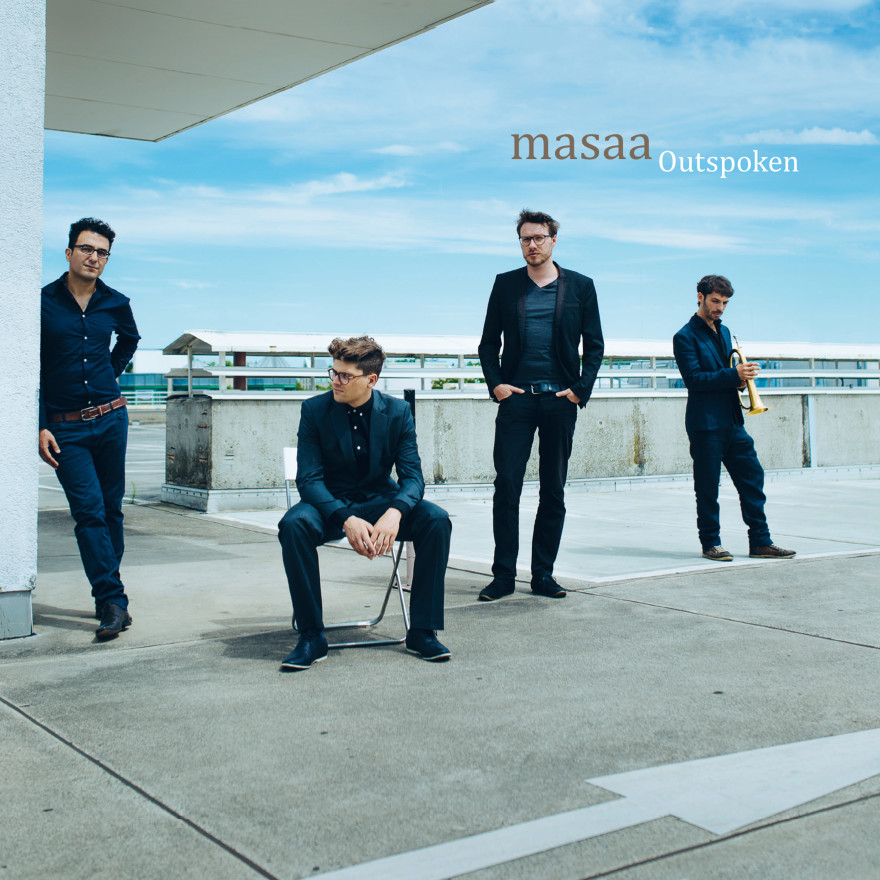 I got that feeling that the third Masaa LP brings establishment to already well-spoken band. Western -Arabic bond which characterise their development was fresh and breath taking to me from the first contact with the band’s music, the Freedom Dance. The previous Afkar was my favourite since and it remains favourite even today. Let me explain why.

The music here coagulated. Became more firm and mature, maybe by the feeling of the fluidity which came as well from being together so long, continue touring and simply recognise each other spiritual feeling on the go. That’s all good but I was happy with what I already heard previously as well. It was just a little bit different, more intuitional if you wish.

Now the band explores the same territories as it did before. The romantic piano remains accompanied with Kappenstein’s sensual drumming, which I like so very much. It is the driving force behind the Lahoud’s voice as I pointed before and that intimate bond is still there and works wonders for the band. Trumpet arrangements keep bringing windy and spacious openness.

Take lovely Miah composition as an example. It is all there. It remains pretty and I am hundred percent confident that every new-comer who heard that music for the first time will be delighted. I am delighted myself as it difficult to remain blank to Rabih’s voice, always emotionally fragile. Delicately balanced, but in the same time so powerful with the message it brings. But it is also the same on the challenging level for those who already know him, like myself.

What I am missing here in that mix of otherwise wonderfully played and beautiful music is kind of interaction with the life as it goes now. When I heard them first time in Berlin it was all fresh and striking. It was sign of time and an imprint of what’s happening in the European culture right now. That’s exactly why it was so powerful. The honesty of that message was what was getting me. Now times have changed during the last few years since their debut and the dynamism of these changes is noticeable but their voice somehow got stacked in time.

That means they lost this power of the messenger who is bringing the news. This flash and blood freshness which makes this music so authentic when it is there. Now I can’t sense it anymore. It became more like a pattern. Beautiful and pleasant but it is not the same. One might say that maybe I am just missing that lost virginity, sort of innocence which one can lose just once in life. Maybe so. But maybe not. I am not an adrenaline junky and I am enjoying adultery after even more. Perhaps that’s why I am now event more convinced and dare to say so when something doesn’t turn me on anymore.