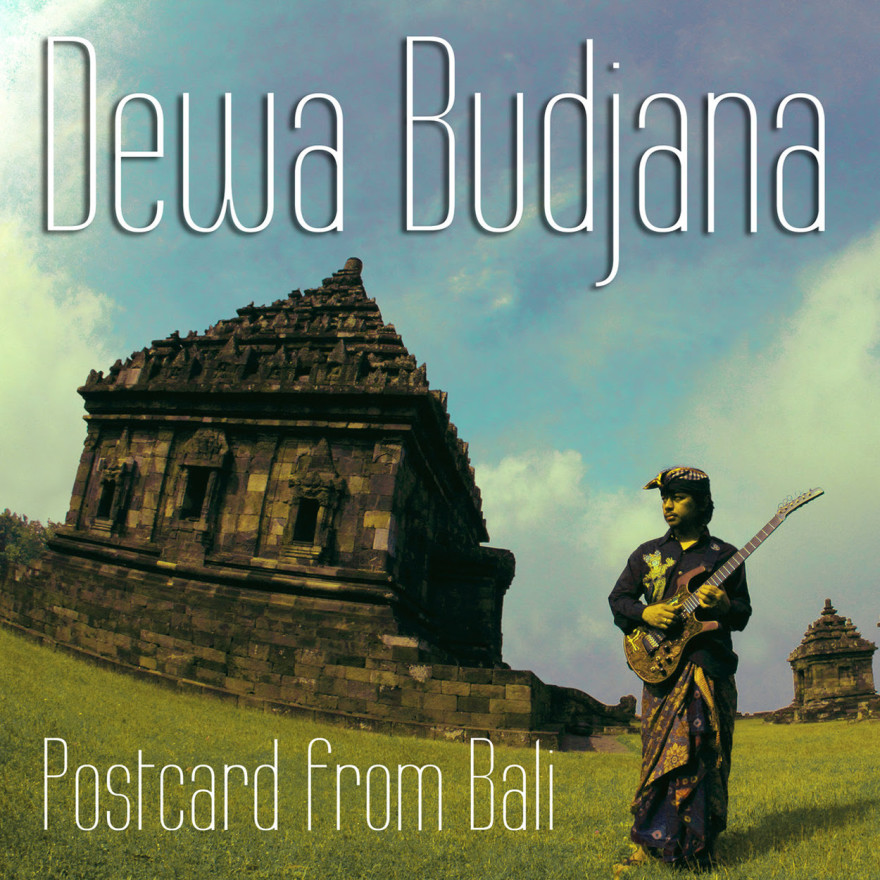 Join the decade of an artistic creativity  of marvellous guitarist Deva Budjana by getting his FREE sampler via bandcamp, or even a whole discography for the special prices only and for the limited time. Those who are willing to see the gigs ,please scroll down to see the UK tour dates and try to find the best for yourself to attend. That must be heard to be fully understood and appreciated. This is not a usual band by any meaning. Hope to see you around there …

CONTRIBUTE $15, GET 2 FULL ALBUMS OF DEWA BUDJANA OF YOUR CHOICE.(Digital Download Only. FLAC, WAV, M4A, MP3-320).
E-mail for details. Choose from: www.dewabudjana.bandcamp.com

The Meier-Budjana Band is a group of superlative guitarists and accomplished musicians, corporately dedicated to creating music which exceeds stylistic and cultural bounds. True sonic explorers, in the most progressive jazz and beyond sense with distinctive ethnic bland of Middle-Eastern and South-East Asian flavors, theirs is a music which is both soulful and cerebral. Embracing a multitude of regional musical dialects from across the globe, MBB speaks in a profoundly unique, original voice – a voice bound by neither convention or preconception. The band is co-chaired by Swiss-born and UK-based Nicolas Meier and Indonesian guitar icon of Balinese descent Dewa Budjana.

Both musicians will have their new studio albums released worldwide in October 2016 on Steve Vai’s Favored Nations label. Nicolas Meier’s album “Infinity” features Jimmy Haslip and Vinnie Colaiuta, and Dewa Budjana’s album “Zentuary” features Gary Husband, Tony Levin and Jack DeJohnette. After touring the world extensively as a member of The Jeff Beck Group, Nicolas Meier is a gentleman who is quickly making the transition from a name that few recognize to “a man who needs no introduction!” In less than two decades of being a professional musician, he has been involved in more than twenty albums encompassing a host of different styles and genres, from jazz to heavy metal, from fusion to classical. Without question, Nicolas Meier is one of the most capable, inventive voices on his instrument in the world, today. Meier performed and recorded with musicians such as Jeff Beck, Gilad Atzmon, John Etheridge, Jimmy Haslip, Vinnie Colaiuta, Pete Oxley, Deidre Cartwrigh, Harry Beckett,Jonathan Joseph among many others.

Fans of Indonesian rock need no introduction to Dewa Budjana; he has long been an iconic figure. His band Gigi has been going strong for more than twenty years now –packing out huge venues and selling millions of albums. In an historical context, Budjana is unquestionably one of his nation’s most famous, beloved musicians. But Gigi represents a fraction of his musical persona. A master composer, arranger and producer, Dewa Budjana has, in just a few short years, amassed a masterful collection of progressive music albums as a solo artist – work which transcends genre, in glorious fashion. He has recorded and performed with musicians such as Peter Erskine, Antonio Sanchez, Joe Locke, Gary Husband, Tony Levin, Vinnie Colaiuta, Jimmy Haslip, Jimmy Johnson, Jack DeJohnette, Chad Wackerman, Bumblefoot, among others. In support of the group’s co-leaders are some equally impressive, legendary talents, the chief of which is renowned bassist, Jimmy Haslip.

A long-time member and co-founder of the modern jazz trailblazers, The Yellowjackets, Jimmy’s resume of support work over the last four decades is a true “who’s who” list, inclusive of the world’s most diverse and celebrated musical artists. Haslip performed and recorded previously with both, Meier and Budjana. Haslip’s battery counterpart is the remarkably sensitive and dynamic drummer, Asaf Sirkis. Asaf and Meier have a musical camaraderie dating back fifteen years. Asaf Sirkis’ is a cognizant style: one which places dynamics on an equal footing with time keeping. His delicate, probing drum work has drawn critical praise, earning him the respect due a truly world-class talent. Rounding out this all-star lineup is an extraordinary talent in his own right: the iconic multi-instrumentalist, and predominantly flutist and soundscapist, originally from Borneo, and one of Indonesia’s busiest session musicians, Saat Syah. Boasting an intuitive, acute presence, Saat’s often-spectacular legato lines and trenchant explorations on custom made bamboo suling flutes provide a presence that’s eloquent and enchanting.