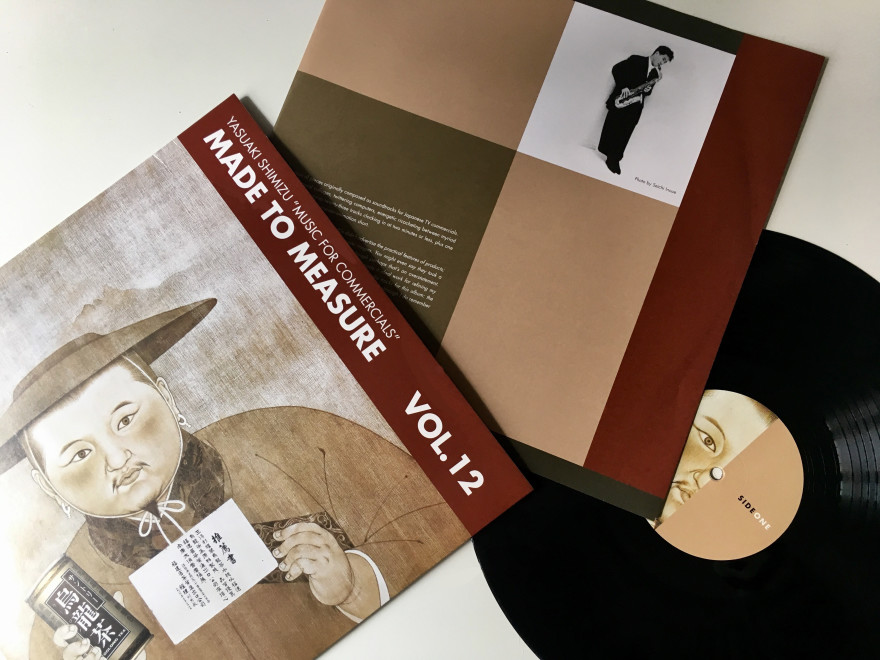 Today is a lucky day . One of the rarest tittles from legendary Crammed Disc label : Yasuaki Shimizu’s “Music For Commercial” , being No* 12 of their famous Made  To Measure series had been reissued. M2M was exploring the contemporary and progressive music between ’86 –  ’95  and series contains some of the real treasures. I own 16 titles from that series out of 36 issued and this one is one of the missing, so I am very looking forward to get it.

Originally issued by Crammed in 1987, Music For Commercials is one of the most sought after releases in their Made To Measure series.  Known for his numerous albums, soundtracks, and collaborations with an impossibly broad array of artists (from Ryuichi Sakamoto and DJ Towa Tei to Van Dyke Parks, Björk, Manu Dibango and Elvin Jones), composer, saxophonist and producer Yasuaki Shimizu also released several electronic music productions during the ‘80s, which are currently generating a lot of interest (a.o. his recently reissued Mariah project).

“Music For Commercials” is a brilliant and inventive collection of short pieces, initially conceived as soundtracks for Japanese TV commercials (and bearing sweet titles such as “Seiko”, “Sharp”, “Honda” etc). These twenty-three tracks (each clocking in at two minutes or less, except one longer piece composed for a computer-animation short) abound with hit-and-run sound collages, twittering computers, and energetic ricocheting between myriad styles of music.

TV commercials in the late ’70s and ’80s didn’t advertise the practical features of products, they were meant to build strategic corporate images. You might even say they took a musical approach in their visual expression, though perhaps that’s an overstatement. Being restricted to a time span of a minute or less made it ideal work for refining my intuitive powers. I made a conscious choice not to remix the tracks for this album. The final version of the original recordings appear here untouched, although I do remember working to link the individual tunes, and on the overall mood.