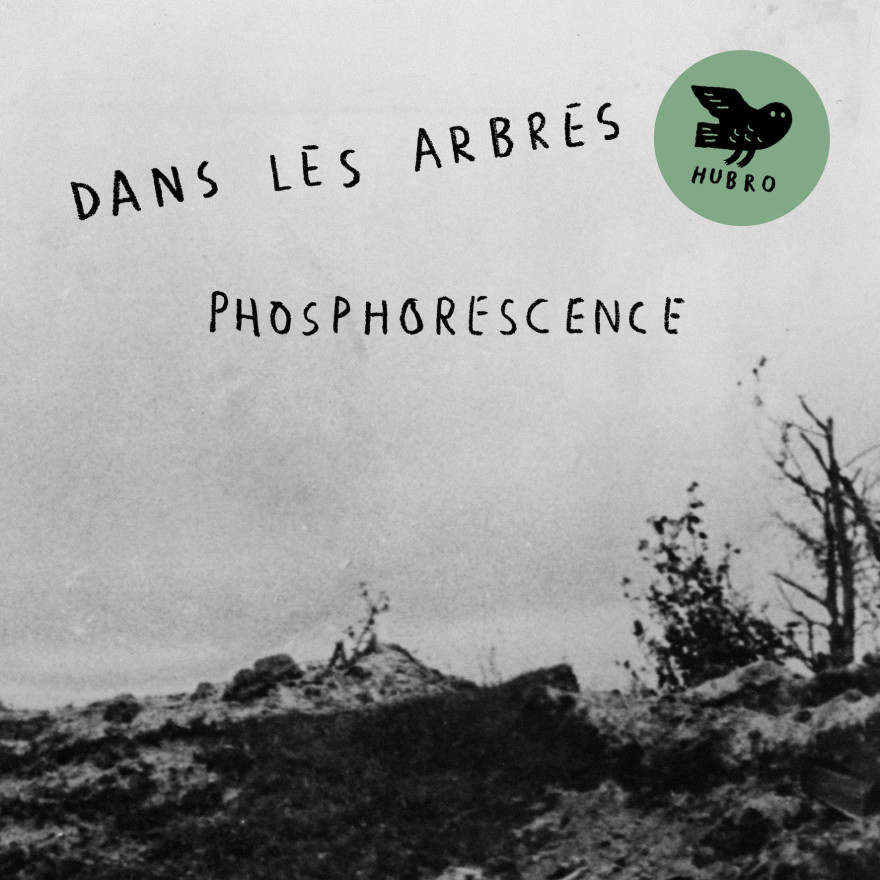 The band’s name and its English variant of “in the trees” inevitably carries a number of associations, although this is music in and of itself, not an illustration of anything exterior to the sounds it contains. But to run with the idea for a moment. It’s possible to read into the name the high vantage point of a topographical view, as with land art in the 1960s or an eighteenth century landscape imbued with ideas of the sublime. More literally, there’s the sense of wind whistling through a canopy of leaves and branches, like nature’s own aeolian harp.

As a performing and recording unit, Dans les arbres has considerable hinterland, going back to the duo of Ivar Grydeland and Ingar Zach at the turn of the millennium, when they also founded the label Sofa. After expanding to a quartet with the addition of Christian Wallumrød and Xavier Charles in 2004, the group made two highly acclaimed ECM albums: the self-titled debut, Dans les arbres, which was released in 2008 but recorded two years earlier, and the follow-up, Canopee, from 2012, which received a nomination for the annual music prize awarded by the Nordic Council.

Over the same period they have played over 120 concerts across four continents. In addition, all four members pursue a variety of individual and group projects: Ivar and Ingar play together in Huntsville; Ivar has made two solo albums for Hubro, which is also home to Huntsville and Ingar’s duo, Labfield. Christian has a parallel career with his own Christian Wallumrød Ensemble as well as various other projects, while Xavier Charles’s discography is crowded with all sorts of recordings, as soloist, leader and sideman.

Now comes the third album, ‘Phosphorescence’, which moves away from its predecessors’ aesthetic context of contemporary improvised chamber music performed on acoustic instruments towards a more mixed economy of means, with some electronic processing, amplification (of the prepared piano and guitar) and real-time sampling added to the repertoire of sounds familiar from the first two recordings. Recorded at Isitart, “the studio in a forest” in rural Sweden south of Oslo.

It’s tempting to see ‘Phosphorescence’ as in some way a more relaxed, even bucolic production, but this may not be the case at all. Indeed, the four compositions/improvisations that comprise ‘Phosphorescence’ are as nervous and unsettling as they are consolingly ‘ambient’, although the pieces work well listened to inattentively, like edgy ‘furniture music’. The clarity of the mix (by Johnny Skalleberg) and mastering (by Helge Sten, AKA Deathprod) is especially important, helping to create an almost three-dimensional depth and transparency to the sound, and emphasising the tension between the acoustic and electronic elements.

But what is most apparent in ‘Phospherescence’ is how masterful the four members of the collective have now become, and how intensely focused in their work, secure in the group’s identity as a kind of modest ’supergroup’ making absolutely contemporary music that’s totally unlike that of anyone else. Even the range of sounds they choose to inhabit has taken on a satisfying sense of familiarity: Dans les arbres make Dans les arbres music out of Dans les arbres sounds. It is, all in all, a considerable achievement.