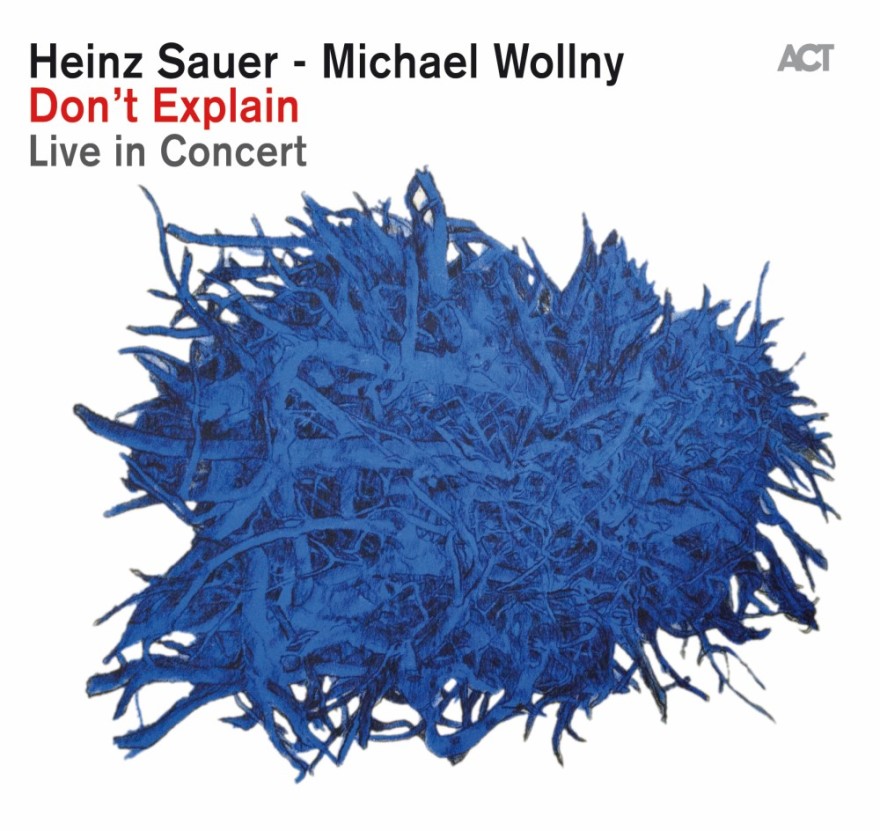 Here we got another live recording to write about in this issue . This one is really special one. When it comes to Saxophone in German Jazz Heinz Sauer should be considered as a figure like , let me say for example Sonny Rollins. Presumably not so well recognised abroad as the latest ,but they belong to the same – top class – you can take my word for it. Well ,they are almost same age as well , we talking 81 here to make it clear.

Wollny is a young piano virtuoso and a pillar of already famous [EM] trio, whom I mentioned earlier many times, as one of my favourite pianist of his generation. Those two have long story behind them as well as many gigs over last twelve years and few projects. This live event had been played and recorded in Darmstad church and what makes it so special is an excellent acoustics of temple interior , which can not be compared to any regular concert hall.

Those who know famous Garbarek’s recordings of Officium project know very well what I mean. The sound is so spontaneous and unforced that it have to be heard to be believed. That’s what perfect blend of Gothic arches and ACT sound engineering can do 😉

Listening to Space Cake here and comparing to studio original reveals the whole truth in a flash. As it is always an issue with those two open mined individuals, they simply play music they like and there is no territory they wouldn’t dare to cross. So we have here not only few jazz classics ,but also few originals credited to both artists and few and two beautifully re written pop songs.

In All Blues sax articulates notes so slow that it takes time to get it. Piano response is the class of its own. Melody comes out from such a minimalist approach that really only very few could handle it. Further emphasis is nothing but the greatest tribute to this tune I ever heard. It is really not easy to simplify even more such a simple thing like All Blues is.

Prince’s Nothing Compares 2 you is another vocal piece which is deeply anchored in audience memory. Original, or further covers from Shinned O’Connor or Jimmy Smith they all have deep emotional signature related to vocal interpretation. Sauer’s one joins the club with full deserved glory.

Following Billie’s original Don’t Explain is a culmination of his virtuosity and the statement for this combo. Truly their ability to explore vocal nuances like that ,with grand piano and sax makes them pushing boundaries.

Dylan’s Make You Feel my Love is yet another example for that mastery.

Lovely Believe Beleft Below from EST’s repertoire, except of being a beautiful waltz as it had been written, here with saxophone lament intensity, it becomes immediately an epitaph for tragically died label mate and a great artist himself..

As it started with blues it ended in the same way with Kind of Blues. Apart from the obvious association this one is their original . That is a Spectacular recording that every one would enjoy ,even knowing nothing about both artist ,simply for its artistic quality. I couldn’t recommend it more.