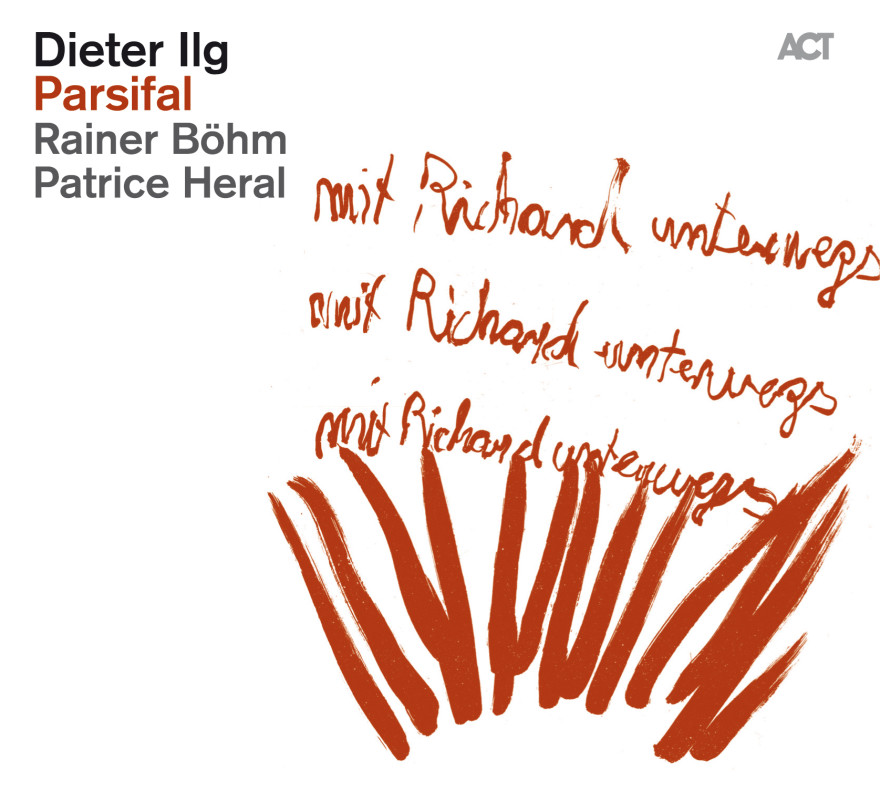 The German Bassist Dieter Ilg is one of the most interesting figures of today’s European music firmament. His collaborators in the trio: Rainer Böhm on piano and Patrice Heral on drums are together long enough to guess each other intentions and the squad remain constant since at least 3 years when they recorded their 1st Otello project for the host label. Verdi’s music exploring certainly gave them a lot of background in chosen approach before they came to Wagner operas.

As I mentioned in last issue ,we have got a Wagner’s year and this tittle seems to me another tribute to great German composer. But first of all it is trio’s original language the ability to express themselves by giving that personal jazzy touch into the classical scores. I also said before that it is much appreciated and I am always in a front line to listen to such a things.

Ilg ,behind playing jazz, is classically trained bassist so he is obviously living in both lands and for this reason his original language shouldn’t be so unexpected. He is also a double bass virtuoso in the same way as solo violinist or cellists are, hence one might expect these high levels of sophistication in his play. Talking here about invention, musicality or articulation would be a waste of time.

Gaining from their classical experience trio plays opening Parsifal theme beautifully. Melody blends here in such an intimate way with Evans’ Waltz for Debby , and probably many other quotes they used to bridge this conversation ,which I didn’t quite recognise to the level I can name them, but they certainly rang the bells in my memory.

Opening riff from following Glocken sounds to me right out like theme from Frisell’s Go West, part of Buster Keaton soundtracks project. I love to trace such a connections. But here obviously lovely accompanied by the same plunking piano which played an intro, it took us back to the title suite. Self titled Parsifal ,quite opposite, starts as a dense collective improvisation from which the same theme comes back in inverted modes.

Going through next scores is nothing but the master class, showing clearly how the great invention can convert simple tune into so many ways if there are some people around to keep this dialogue alive without a trace of tiredness. Musical imagination of the trio is a league of their own. From minimalist approach a la Paul Blay pianism to sparkling and vigorous complexity reminding EST trio we are still there with the same few notes written by Wagner almost 200 years back . But in skilled hands of this Trio, they cry for us ,whisper to us, scream or laugh, keep dancing or trying to seduce constantly putting spell on unaware listener.

Closing theme is a quote from Beethoven’s Ode to Joy re read in melancholic and nostalgic way with bass notes talking to your ears softly and one couldn’t find better words to find out what listening to this music is. This is simply excellent recording, which I was expecting from them knowing Ottello project. But there is a difference between Italian finesse and German consistency … .

Really ? I don’t think so – certainly not at this level.