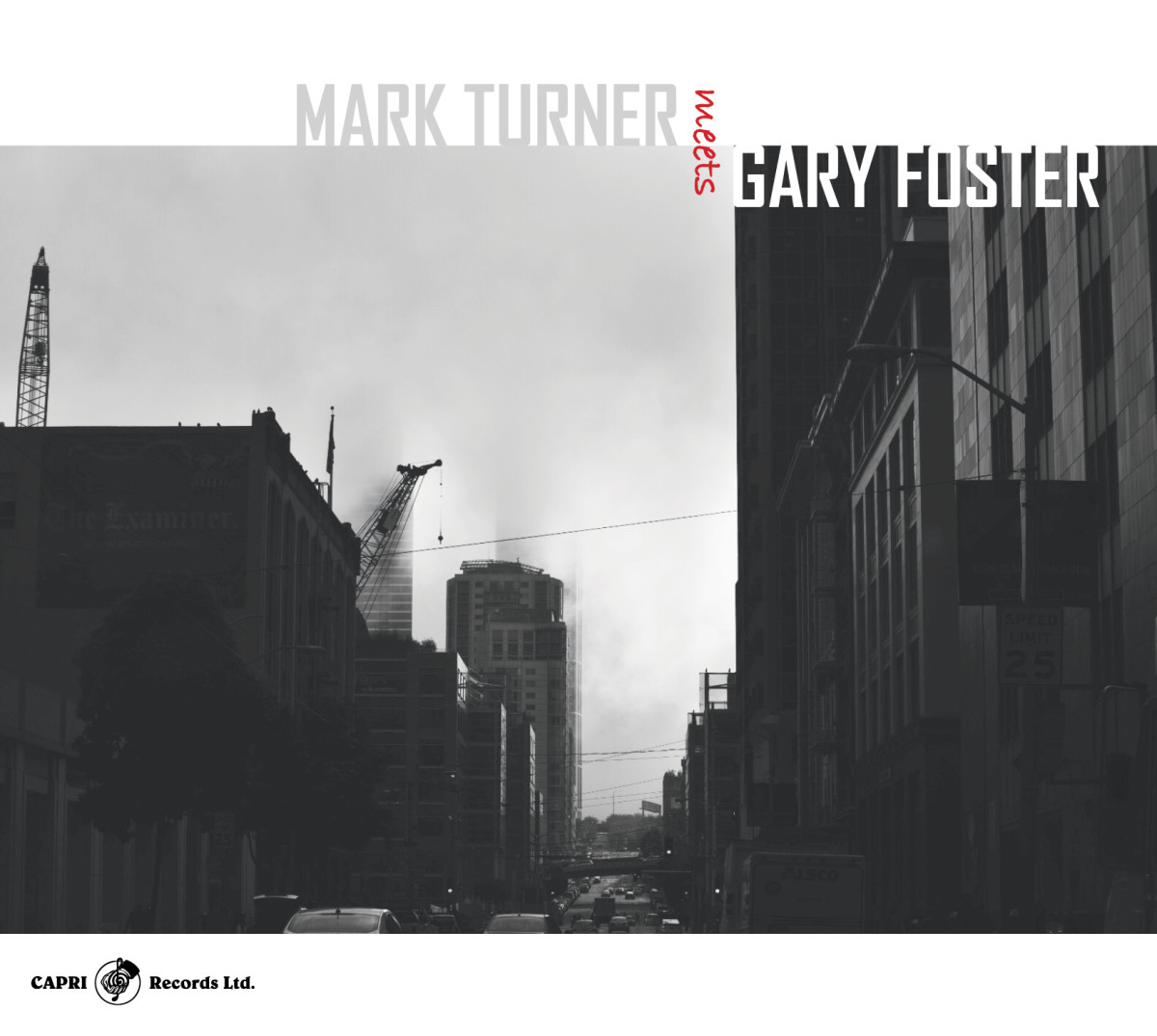 An intergenerational union calling on the legacy of Konitz, Marsh and Tristano

“The saxophonist Mark Turner, has been one of the most productive and vital artists of the last dozen years”

” They should name a river after Gary Foster. The alto saxophonist has a natural, flowing style that’s as wide and compelling as the Mississippi itself.” – Bill Kohlhaase, Los Angeles Times 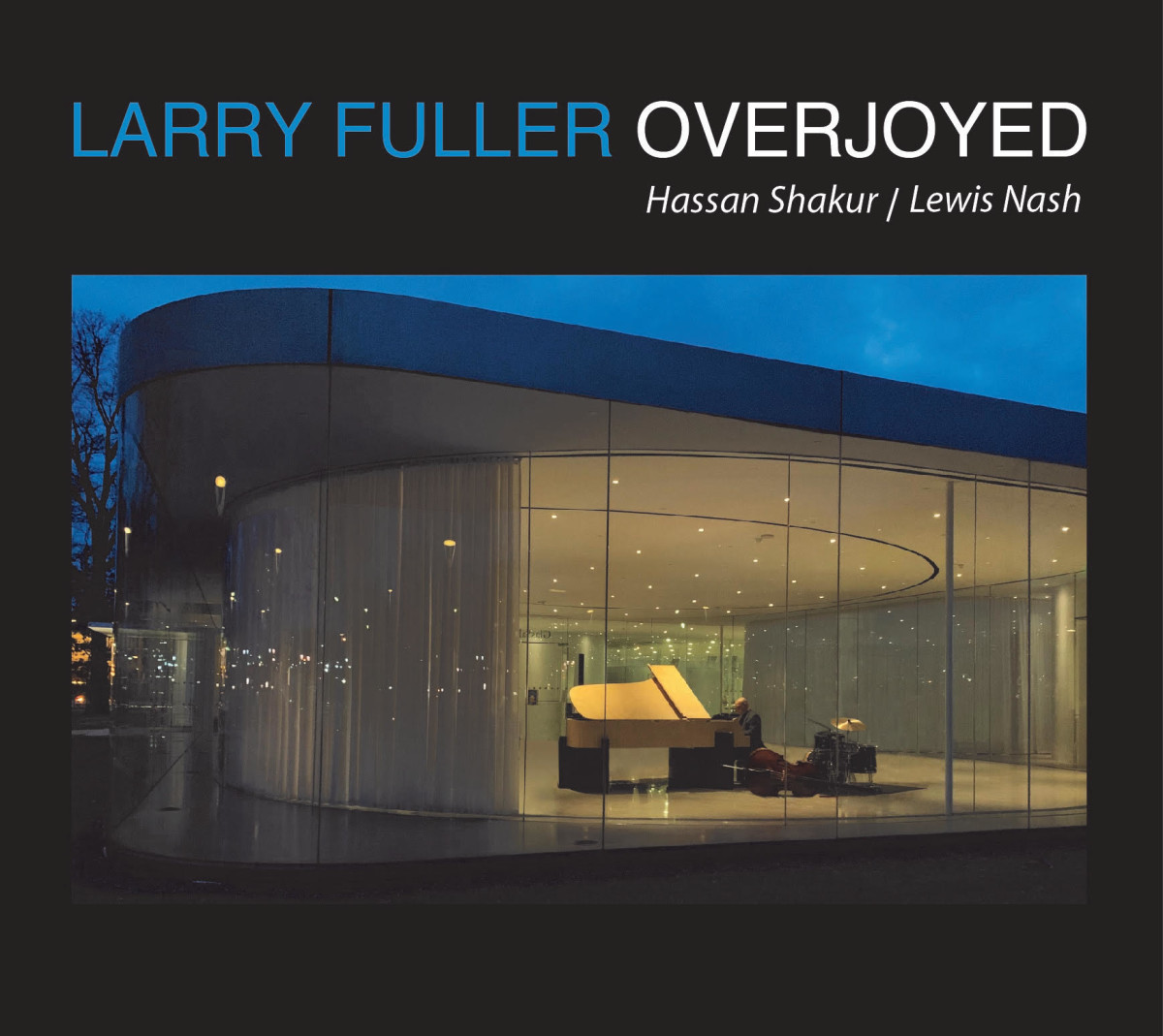 “He brings a vitality. He swings hard, and I like that!” – Ray Brown, master bassist

“In his amazing gossamer piano solos, he sprinkles stardust on whatever song he plays.  You hold your breath in wonder.” – Stephen Holden, New York Times 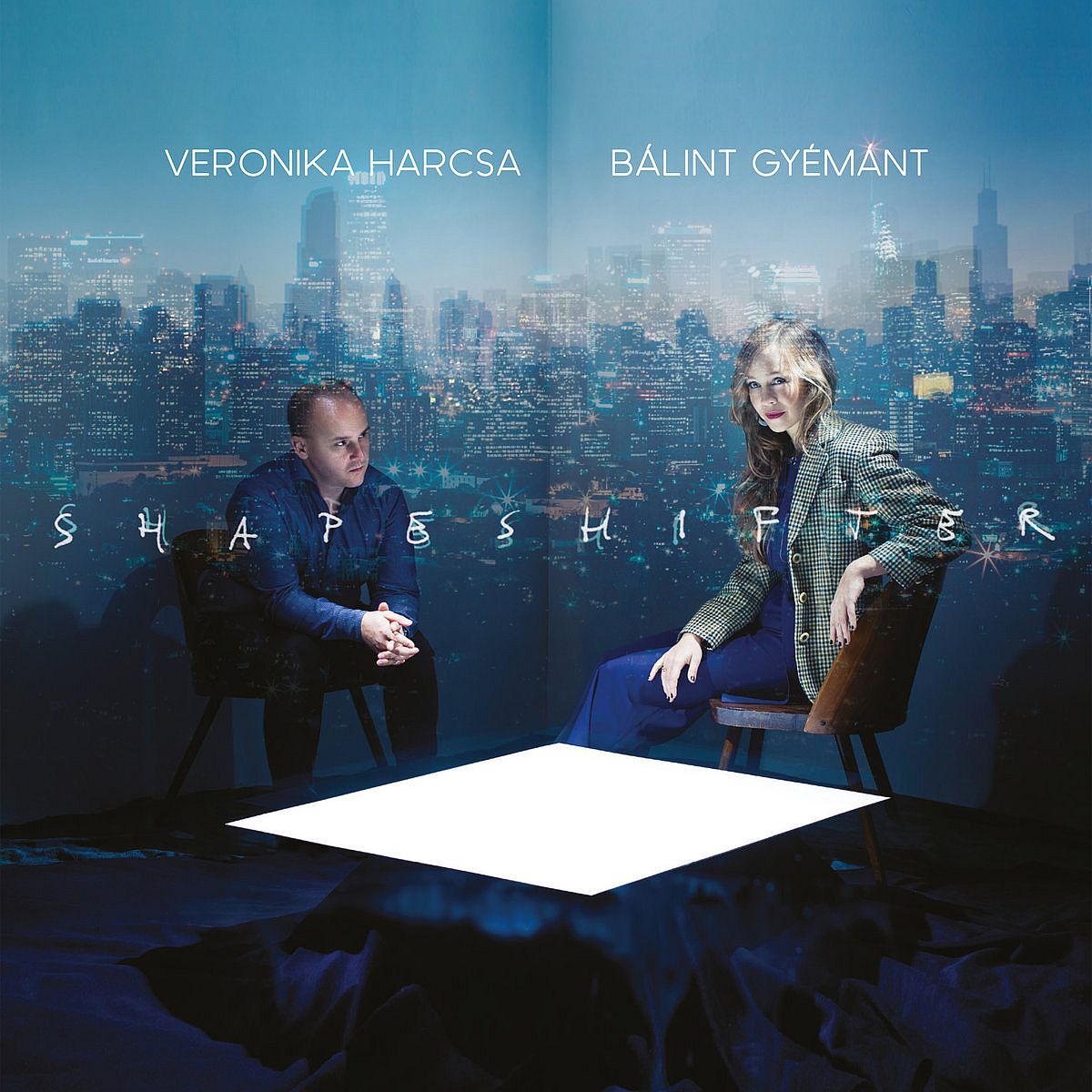 Hungarian Duo remains on my Hot List since they signed to Traumton and the first time I’ve got in touch with their music. Those who follow do know that two previous recordings had been also reviewed here. This one is different however, as they now expanded to the regular Quartet. Newcomers are bassist Nicolas Thys and drummer Antoine Pierre. Saying that it was just about time as like I said before, as a duet they reached the threshold and I could not see them going any further. Adding a rhythm section made an extra space and enriched the arrangements, giving in the same time a different context for Veronica, which She made a good use of immediately. Paradoxically I am finding this new expanded squad sounding much more intimate to me. The reason for it is that She has got much more headroom for her vocal.

Therefore, this recording is showing her vocalise in completely new perspective. Straight from an opening Listen to Me Now, you can tell that it all gained a different pace. She might now articulate the lyrics with longer decays, that alone makes a difference to the surrounding silence. As the rhythm is looked after, Bálint as well can focus even closer on accompanying her and his playing became more modal, when previously it was faster, more percussive and drive – giving. This makes her sing almost like an operatic Diva, when she can finally unveil the charm of the long lasting high notes and focus on finishing them in the silky fading way.

Another ballad San Francisco, brings again a lot of beautiful thrills, this is probably most reminding the previous recording one, as her connection with guitarist remains very close and she uses loops with her own vocals as well, when section makes it only to the little breaks.

First Night is something which introduces a new aesthetic into Veronicas expression artillery. It is very cold and Nordic song, in fact is even articulated in the way which reminds me what Sidsel Endresen used to do with Bugge Wesseltoft. Or territories occupied by Lena Willemark alike. Double bass solo making an outro from that nocturnal space is beautifully fingered, woody and full of melody.

Second Night in comparison is like getting back to bed with the girl you already know very well. This is Veronica at her best. Shaping phrase with a great attention. Jazzy guitar aliquoted passages enriched with a gently brushed Toms, brings a similar mood as Pat Matheny and Paul Wertico used to create.

But then the Last Night is coming and it all breaks and turns upside down. Veronica’s recitative – descriptive voice takes a lead and builds a drama. She does a phenomenal input here, especially the part sung over the rolling rhythm. Her different lines looped into a single tissue creates something which might be best described as a tribal ritual with the emotional intensity it builds. This cannonade finds the way out in the psychedelic gallop, like from the best Gong days.

This three nights makes me emotionally fulfilled and I could marry the girl blindfolded, but would you believe me if I tell you that there is still lot left to explore. There is , as we are just in the middle. Isn’t life beautiful. 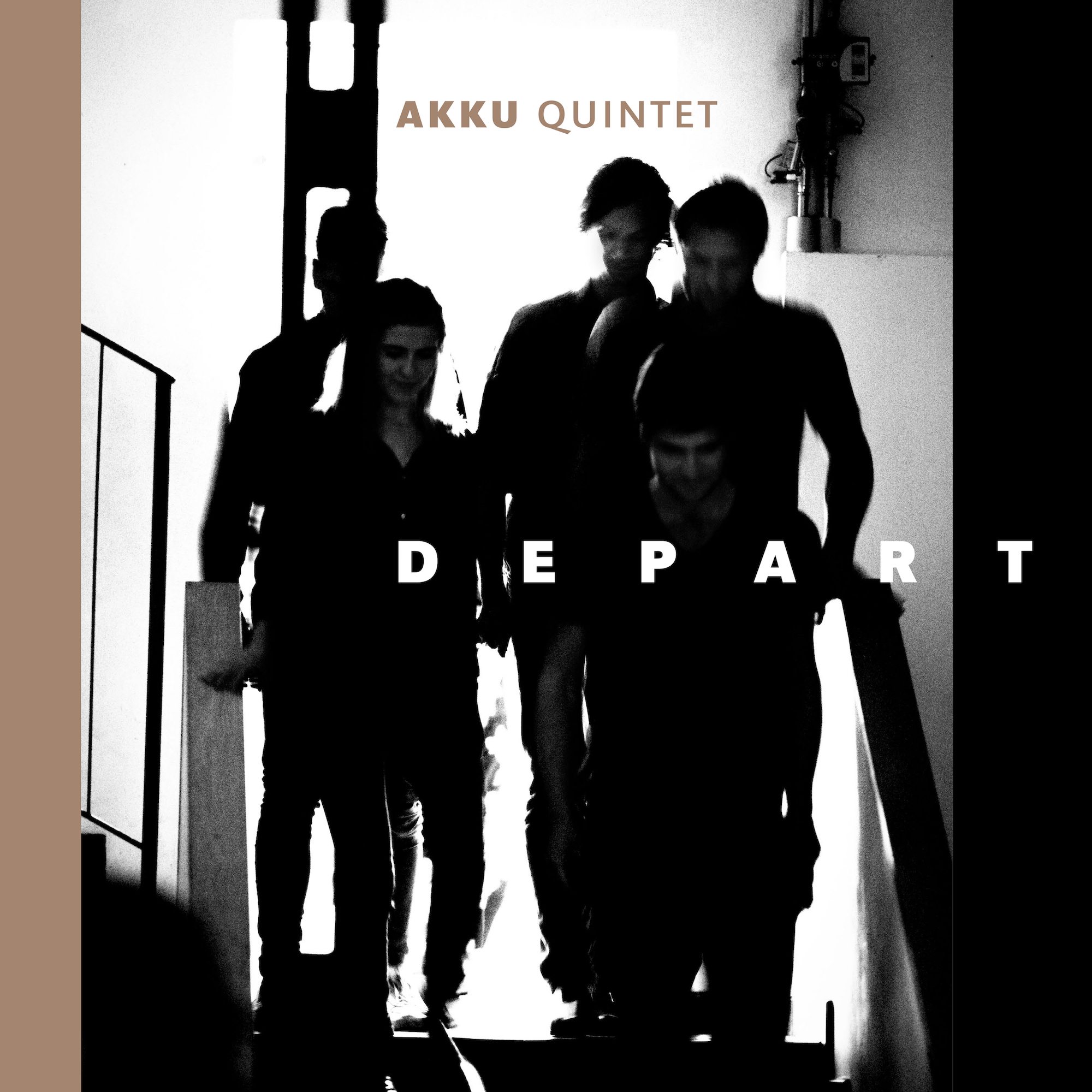 The Akku Quintet was founded by drummer and composer Manuel Pasquinelli. Says renown writer Sid Smith, “Best-known for his work in Swiss post-rock minimalist outfit, SONAR, Pasquinelli’s writing contains an almost cinematic dimension that encompasses bittersweet moods and moments of unfolding drama.” The band is based in Switzerland, from where they dispense a minimalistic jazz groove to great effect. 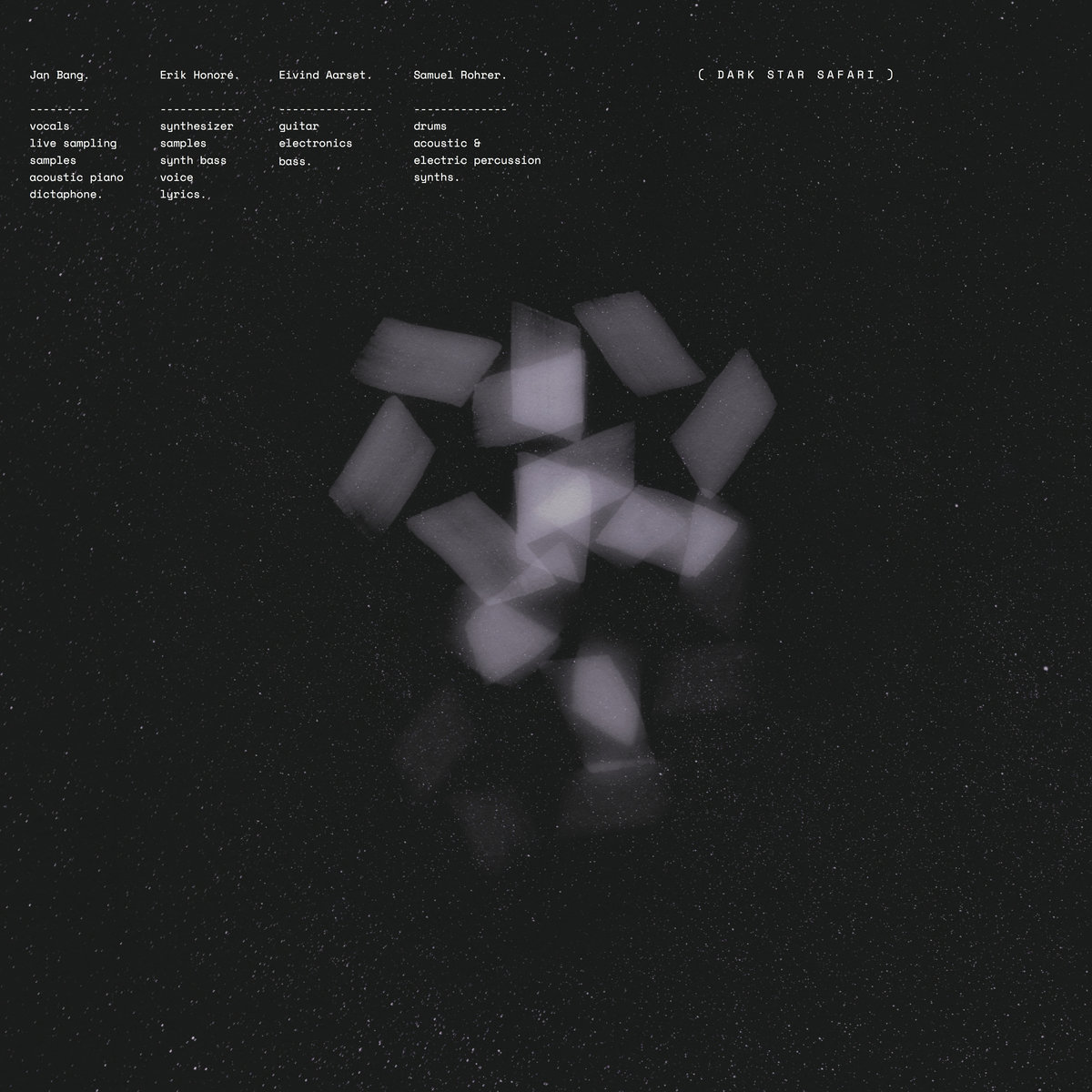 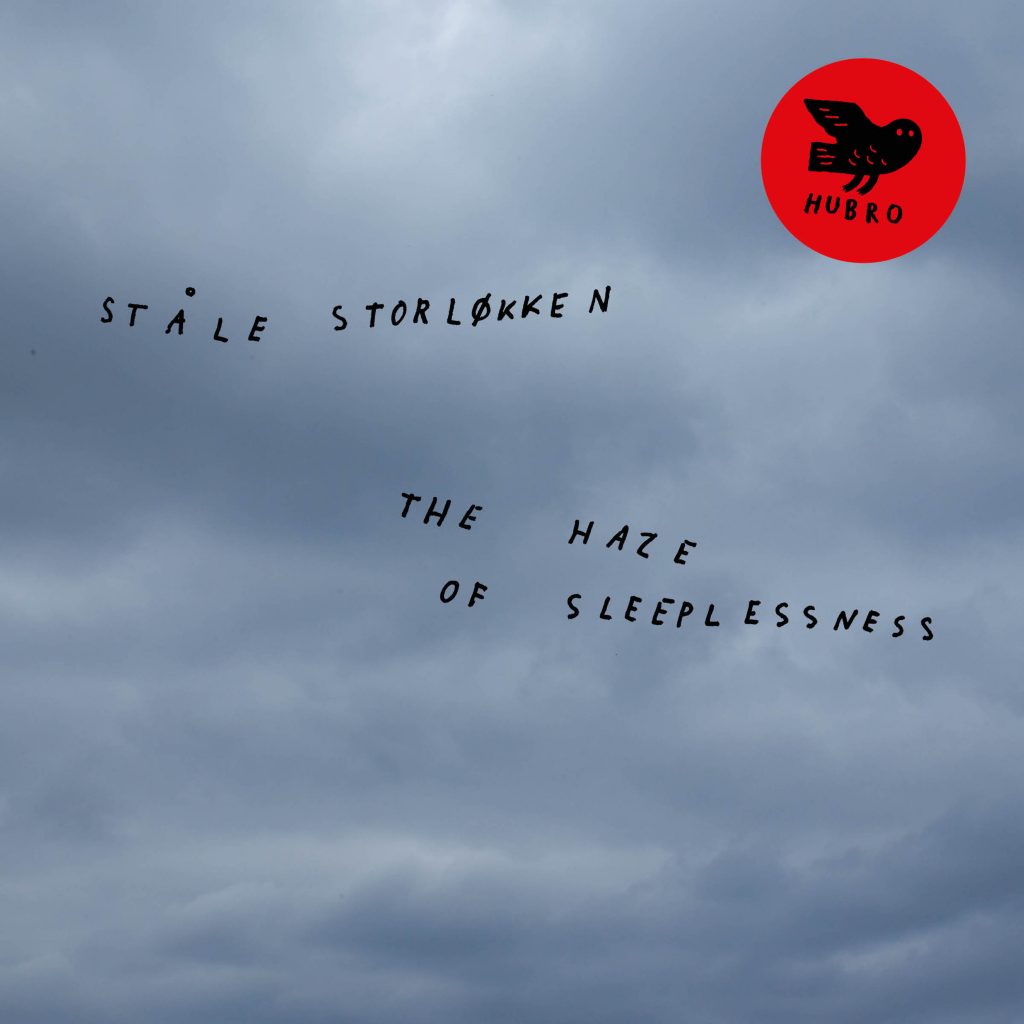 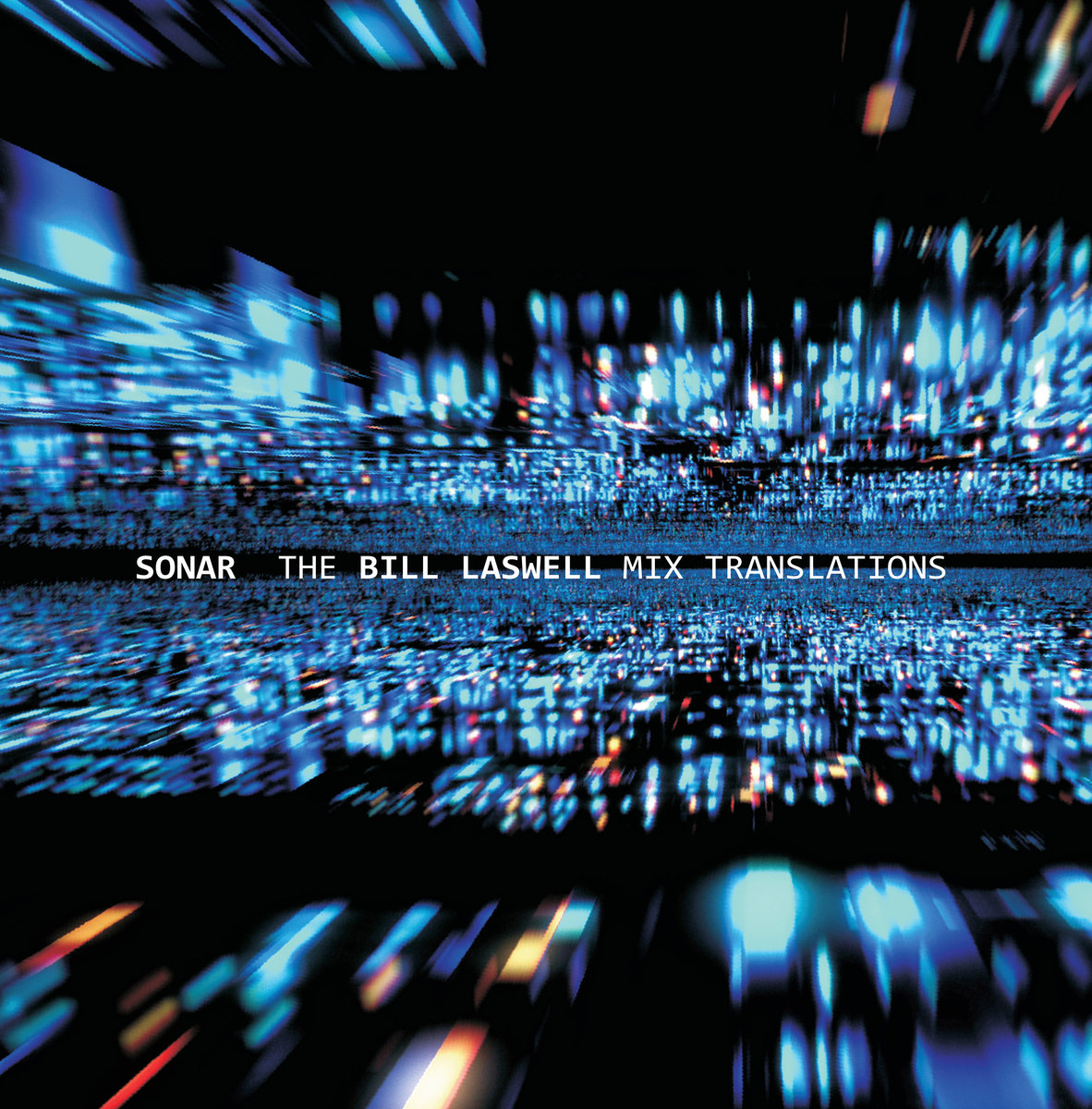 Release date: April 19, 2019
In just two weeks this phenomenal meeting is going to hit the daylight. The Swiss quartet SONAR has quickly gained an international reputation for creating a unique blend of forward-thinking instrumental music imbued with power, tension and emotional identity. With their slow-build approach to dramaturgy and avoidance of conventional forms, they focus on collective group efforts and a deeper kind of interaction amongst their members Stephan Thelen (guitar), Bernhard Wagner (guitar), Christian Kuntner (electric bass) and Manuel Pasquinelli (drums).
Read More 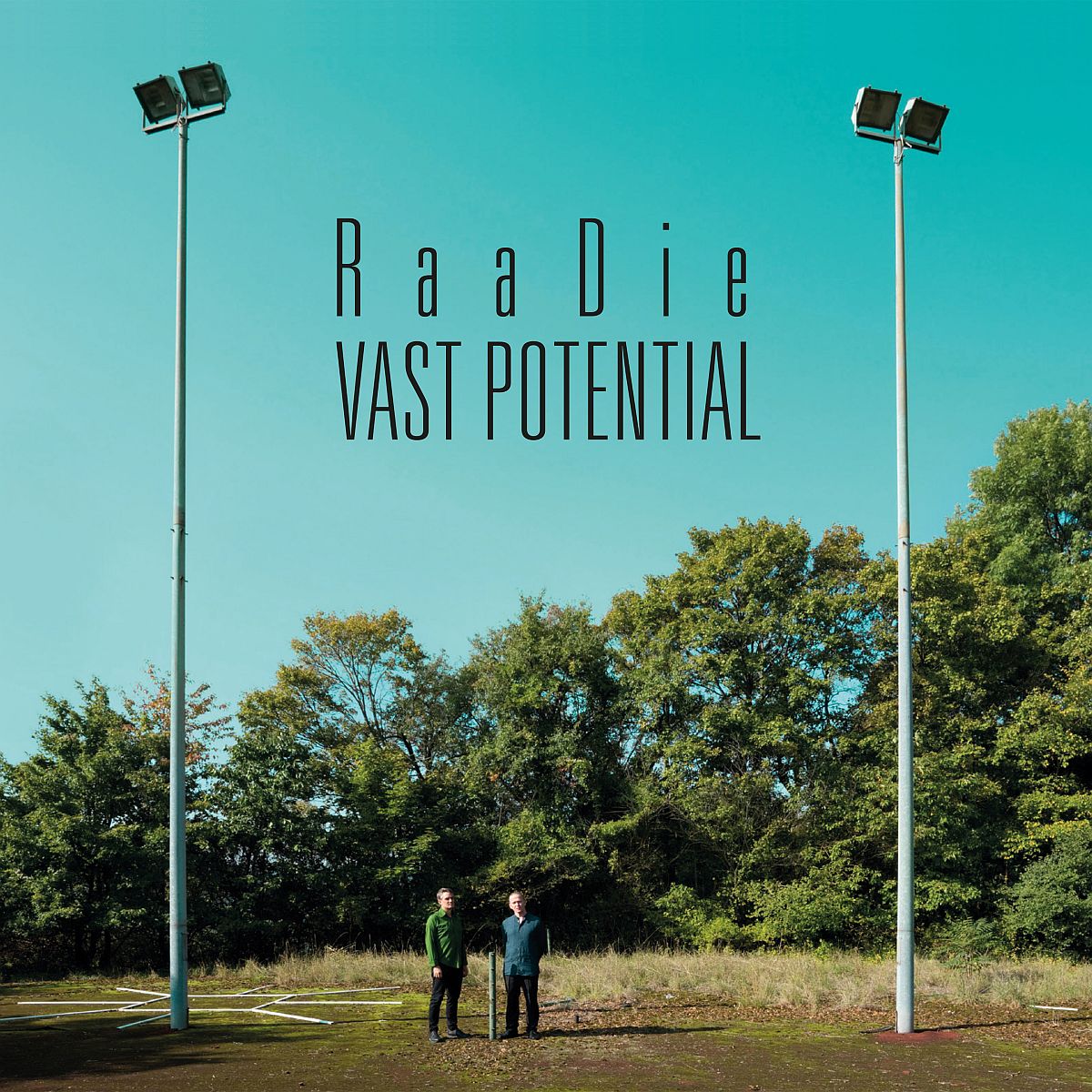 I am not following the music of Austrian Trumpeter Lorenz Raab too close, but I had the pleasure of seeing him twice on stage. Once with his Blue Trio and another time with the xyBand which also contained his duo partner and E-zitherist and famous looper, Christof Dienz. Those two are familiar with each other for a long time. I like Raabs warm tone and melancholic approach as well as his experiments with electronics which I consider to be very tasty, purist and always well balanced and done with purpose without over doing things.

Dienz is another story but his creativity and synchronicity with Raab are obvious hence why we got this recording here, which is the best confirmation of what I say above as it brings all

Those strengths which always had been a common denominator in their mutual co-operation. Both of them are Romanticists, who like to float in the space without making music too thick. There is a lot of air in their play and it always was, whatever separate or together.

Six out of nine compositions came from Christof. Those which wrote Lorenz are much easier to recognise to me as they had this foggy picturesque like way of sketching landscapes with his brass, which is always present in his projects. Here the view is clear, and melody leads the listener through the piece. Zitherist approach is more medieval, aliquots alike – philosophically. More accompanying musically. But Dienz’s inclusion brings a lot of an empiric sense of hollowness if you know what I am trying to express?

His own music takes deeper into the experimentation, as it is him who creates the landscape, hence Lorenz has no other choice than to follow, the bit like with dancing, where a couple contributes but one clearly leads when another follows. Let’s take the Underwaterfish as an example, brilliant title if you think about and absurd sense of it. The abyss created by rhythmic, looped patterns are closely filled with Rabbs long notes into the borders that Dienz created.

Summer in Winter is another great example where paternal presence of the Zither notes are making a framework. Here however choral characters of the patterns are allowing Raab to climb on his notes like an Ivy in any direction he likes. That loose tempo gives him more opportunity to build up wonderfully dreamy and melodically engaging shiny brassy soundscape.

The most interesting Raab’s composition to me is the one called On the Other Side. It is very Gothic and sounding close to Godard’s Castel del Monte project. It brings wonderful tension into the piece, which consequently builds and finds excellent climax on the end.

From Christof compositions the one titled Hey Lo! is my favourite. It is almost like a rock ballad crafted with his synthed line up of instruments, but it makes the best melting pot for both musicians and allows Raab to show wide range of his trumpet and equal ability to shine in heights as he does in mids.

It is very contemplative and funky recording and more you listen to that the more unusual sounds reach you, showing that it is actually more complex than first impression might tell. 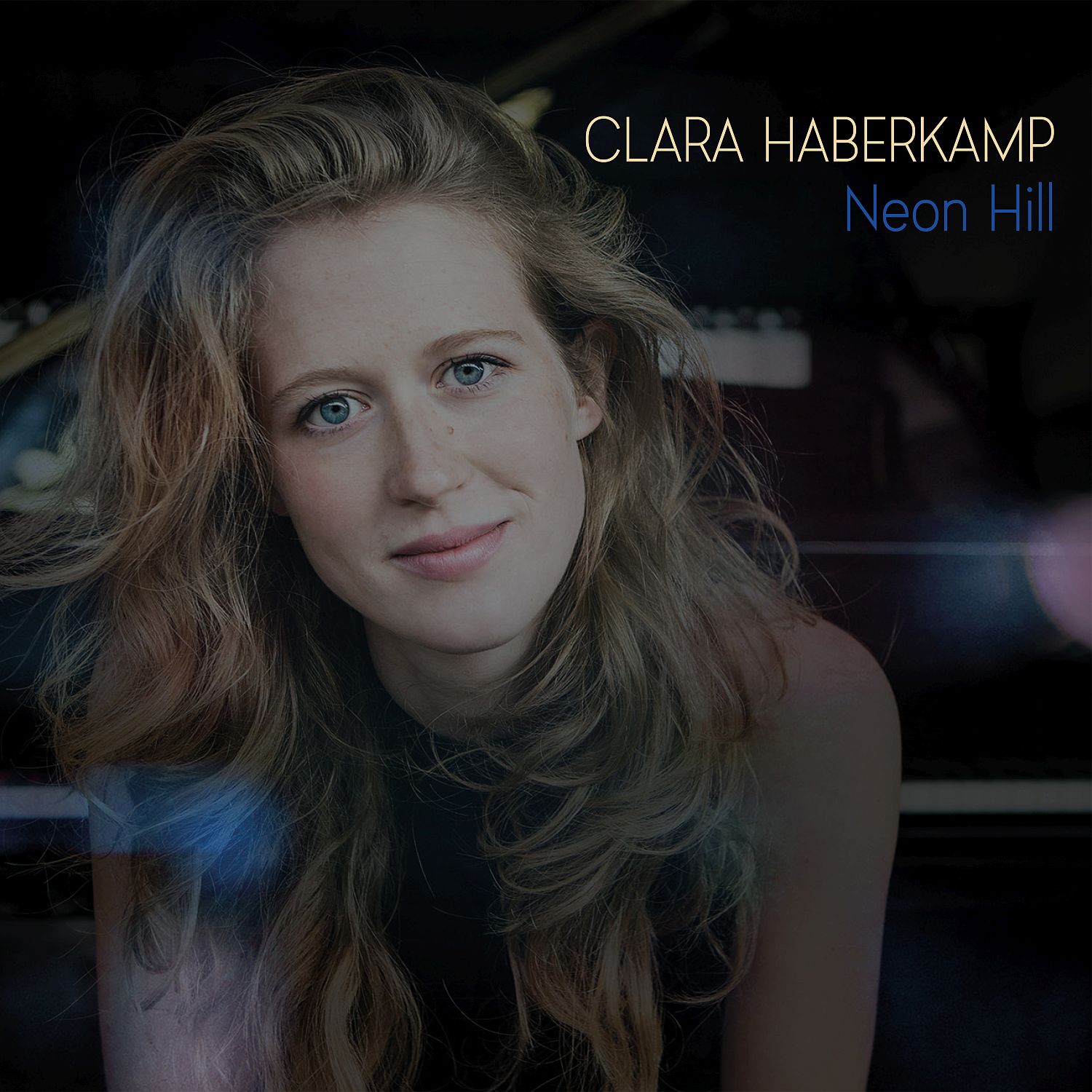 Berliner Jazz pianist Clara Haberkamp is known to me from her own Trio recording. I had a pleasure to review her last Orange Blossom CD, some 2 years back and I liked it a lot, it intrigued me enough to go back in time and check her other 3 recordings for other German labels: Laika. Here we have a different approach as pianist, who doesn’t hide the fact she Loves to sing as well, is presenting herself in this solo project as the singer and a song-writer.

Like previously majority of the material is her own, except Alone, with lyrics by Edgar Allan Poe and closing Someone Like You being the music of Vangelis. Let’s start with those two then. First, as might be expected they’re bringing some deep and meaningful words to the surface, very reflective and autumn alike. The musical mood she has wrapped it with is very gentle and suits expressed emotions very well. Vangelis’ ballad is a wet hot pop song covered by many, including Adelle for example to use the freshest memory. Saying that, this was pretty boring obvious and typical Brit-pop style. In comparison Clara’s approach lacking that obscurity and with changing tempos and narrative vocalise, brings a lot of life and freshness to an otherwise well-worn song. With phrasing she reminds me a bit of Peter Cincotti, who also has that crispy heights bringing sort of breezy feeling to the tissue.

Getting to her own material, as it had been already proven before, she is a damn good writer.

She has got that easiness of putting words together in the way than they reach you deep inside of your emotional structure and in the same time she doesn’t overuse the words. Keeps it simple. With a melody which the lyrics brought continues its life in the piano phrase. Such is an opening Lighted Crow.

In others, like for example Wild Rose, the piano introduction sets the pace of the song which simply drifts on that few chords. Again, the simplicity, honest articulation of the lyrics and meaning of the words are making it all happen.

What makes it touchy is the fact that those lyrics are very self-exposing. Not in the way she exhibits herself. Even if she does, it is not what first comes to mind. It is more like telling the stories which are universal truths about all of us. Therefore, it is not difficult to identify yourself with them. As they are touching reflections that are left in all peoples heads.

On the same time all those stories are kind of sounding from the distance and giving you that feeling of being alone with your thoughts which is coming out of that recording once you get used to the lyrics and keep listening to it repetitively. It is especially touching in the piece called Pink Overture, which is probably my favourite on that session. This is a song without words and it really doesn’t need any. The piano invocation gives you that feeling of intimacy which are coming from her lyrics before and after. That music drifts in such a natural way like a heartbeat. And like breathing comes without questioning.

Dare to indulge yourself in this fragile word of feelings, anxieties and reflections and you will be rewarded hundred times. 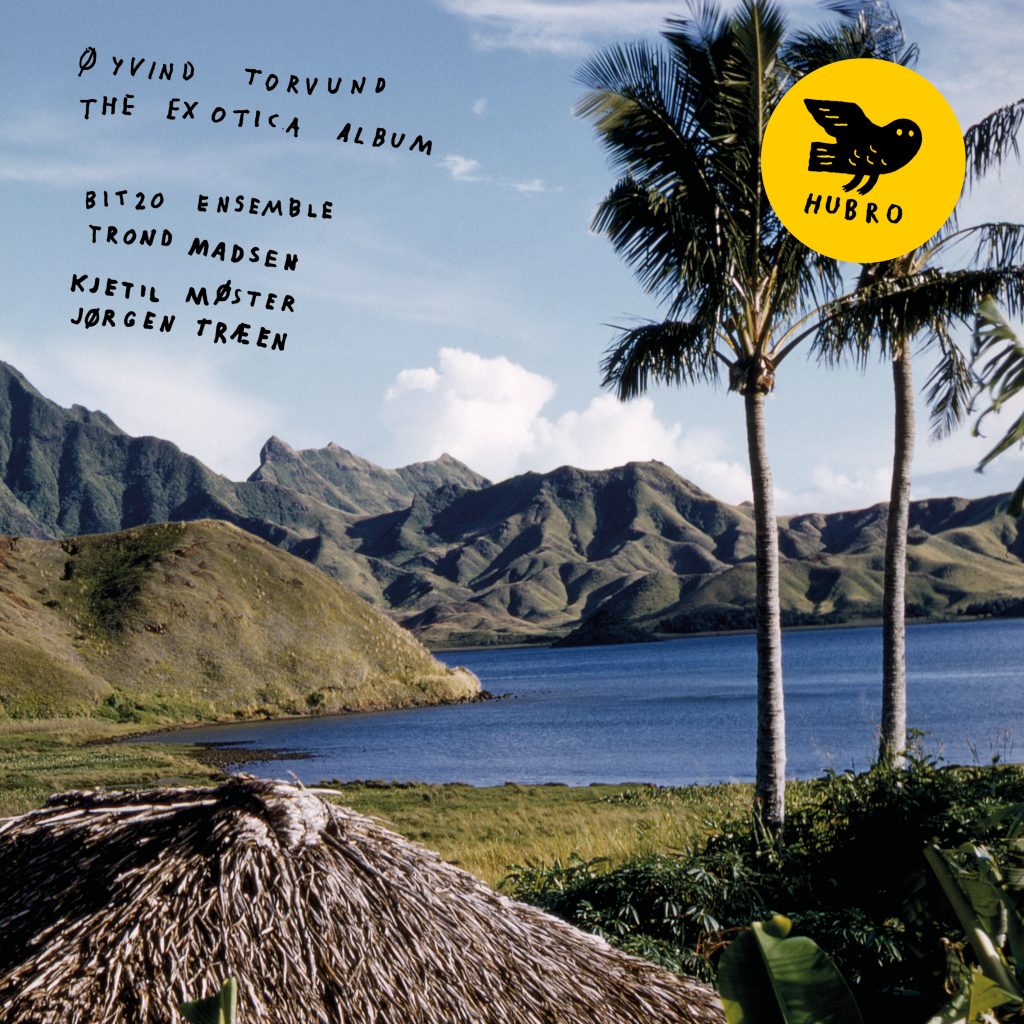 Øyvind Torvund’s super-maximal adventures in far-out Exotica: think John Zorn hanging with Stockhausen in Martin Denny’s kon-tiki lounge. But it is not just a simple trip to the cartoon – land. Far from that actually and it contains more exotic notes than anyone would expect from the land of fjords.