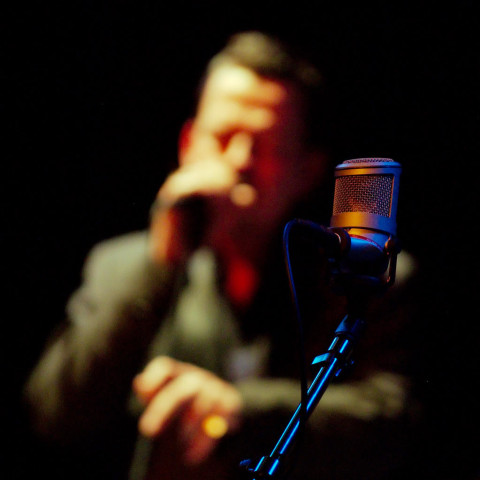 The main purpose for Jazz Photo chapter is bringing to the surface another activity of mine. The Jazz Photography. This one funny enough is a most old one. Shooting gigs and concerts was always my hobby and I kept it like that over the last 20 years during my professional Studio Photographer carrier. I never wanted to mix it up to keep my independence and freedom of choice and point of view. Unlike commercial photography I was doing for life serving different branches of the industry.

I kept attending jazz festivals and concerts across Poland and later ,when it became possible, in Europe and clearly taking picture for a pleasure. So they didn’t have to be perfect quality or cropped for the file design reason. They could be dirty, unfocussed, or wired in any possible way ,whenever I felt that the image matches the emotion I experience during the moment the picture was taken.

As a photography artist I had few individual exhibitions under my own name . I called them all JAZZFOTO. Three editions had been organised in Poland . One in Germany in Munich , when I had a great honour to be invited by the European Commission of Culture in 2004. I represented my country among hundred other artists of different professions. I had been also invited by POSK in London to bring The Jazzfoto there to decorate the first event of Polish Jazz Festival in the UK. Event which never had happened. Due to the tragic event of 7/7 bombing in the London Metro in 2005 and following national mourning.

Later after I moved and started to live in the UK since October 2005 my British edition finally took a place in a Little Jazz Café in Lewes with a small group of friends. But it only was a selection of few works from the whole series due to big formats and very limited space. Next,, one year later, came an invitation from a small Jazz club in Brighton. They were making some group Jazz photo display to frame their official opening. Again due to small space it was just a few pictures ,which I additionally printed in a small format.

That would be all for now. I didn’t force it neither fight for more as I was continuously involved in working for few festivals. In the same time and had my time full- filled as well as being satisfied with what I am doing. I kept writing about music and publish my pictures in few magazines I am working with or supply for the record covers. As running with the camera wasn’t my daily exercise any more it wasn’t also easy to do that in a convenient way on the edge of the other projects.

I am also contributing into the Jazz documentary for the Festivals I am visiting as a photo journalist. I had a honour to be appointed for a few as a exclusive documentary maker for a few years in row. It makes me happy, satisfied and occupied.

However an amount of my archives is bigger that my publishing powers therefore I came into the idea to publish them on my own pages. Maybe commercial editions of selected works will become available to purchase here ? Who knows? I have to think about that. It all needs time to be revisited and prepared. And going through thousands of shoots after having them only archived, not tagged and re-touched or cropped is not an easy task. Believe me. I know something about it. I spend 7 years working in press publishing house among of the other activities.

Limited editions of prints making my JAZZFOTO collection had been sold long time ago and I wasn’t selling my pictures during last 12 years to collectors, but only to the publishers and labels. So let’s give it a go and will see where it is going to bring us

Let’s your feedback and enthusiasm be a guide. I hope that my photography will be equally entertaining and joy -bringing to our readers like my journalism section is. I hope it helps you even more to catch a up a spirit of the music and live performance particularly and enrich your own spirits.

Thank you for reading that

<< Back to Jazz Photo