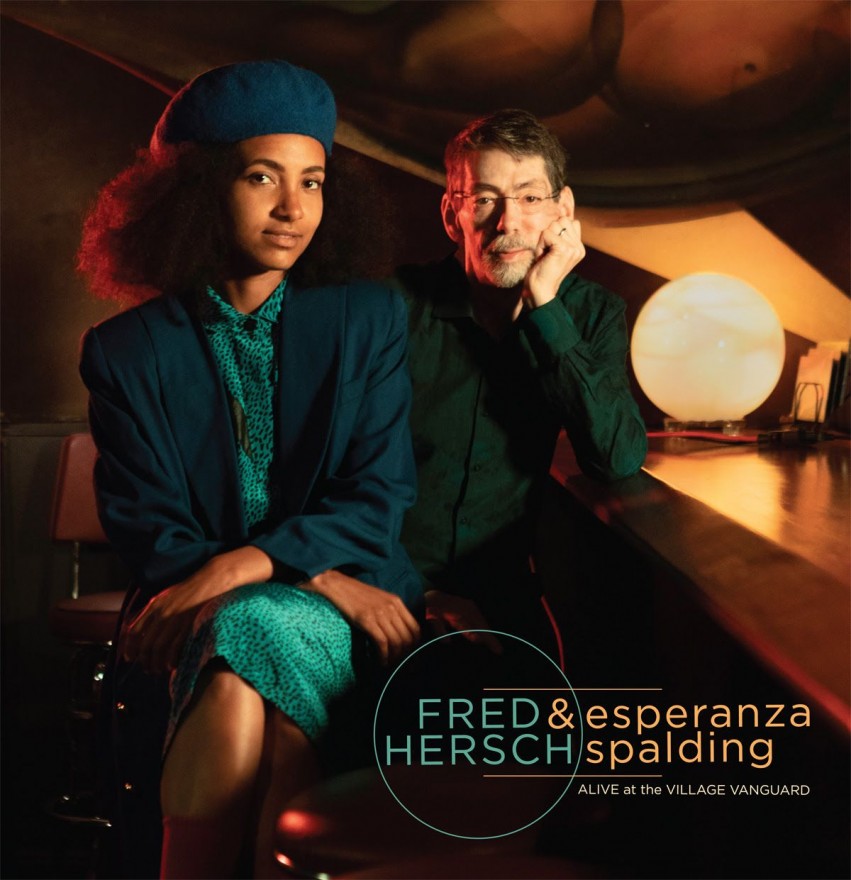 showcases the astonishing chemistry shared by these two master musicians, who bring out distinctive aspects in each other’s playing. Hersch and spalding have convened for only a handful of New York City performances since their first meeting in 2013 during the pianist’s annual duo series at the Jazz Standard. In that limited time the pair has developed a wholly personal approach, not only in the annals of piano-voice duets but in their own already highly individual practices. Taking the stage with no set arrangements and only a vague sense of the repertoire they’ll explore, the dauntless pair delights in playing without a safety net.

“This recording sounds like you’re in the best seat in the Vanguard for a very live experience,” says Hersch. “You can really feel the vitality of the room, of the audience, and of our interplay. We decided on the word Alive for the album title as you can really feel the intimacy and energy of the performances.”

Alive at the Village Vanguard marks Hersch’s sixth recording from the storied club, where he’s been invited to headline three weeks annually for many years. The album also vividly spotlights Hersch’s stunning sensitivity and engagement as a duo partner; in recent years he’s worked in a similar setting with such incredible musicians as guitarists Julian Lage and Bill Frisell, clarinetist/saxophonist Anat Cohen, saxophonist Miguel Zenón, and trumpet maestro Enrico Rava.

“Playing with Fred feels like we’re in a sandbox,” spalding says. “He takes his devotion to the music as serious as life and death, but once we start playing, it’s just fun. I like to live on the edge in my music, but I find myself trying things that I usually wouldn’t when I play with him, finding new spaces to explore in the realm of improvised lyrics.”

Always a determined original in her own projects, spalding rarely sings standards, and her approach here is unique to her partnership with Hersch. She’s revealed on this outing as not just a phenomenal scat singer but a charming and imaginative improvisational storyteller. The Gershwins’ “But Not For Me” becomes a witty, poetic extemporization on the lyric itself, examining the changes in language represented by the original’s sometimes archaic terminology. Neal Hefti and Bobby Troup’s chauvinistic ditty “Girl Talk” comes under barbed scrutiny from not only a feminist but also an eco-conscious perspective.

“I don’t think anybody’s heard esperanza sing like this,” Hersch says. “She’s a fearless vocalist, and is one of the biggest talents I know. She’s got a huge reach in her intellectual knowledge and is a big thinker in both her projects and in her outlook.”

Hersch’s preternatural reflexes, profound emotional expressiveness and unparalleled gift for interpreting and reimagining repertoire with each new performance are on mesmerizing display throughout the album. His “Dream of Monk” has been a staple of the duo’s sets since the beginning. With lyrics penned by the pianist himself, the tune is a dedication to one of the pianist’s most indelible influences, whose own “Evidence” shows why Hersch is such a revered interpreter of the Monk canon. “Little Suede Shoes” transforms another bop-era classic, spinning a playful update on the Charlie Parker calypso.

“Some Other Time” is a Sammy Cahn/Jule Styne song, less well known than the Leonard Bernstein classic of the same name but a favorite of Hersch, who weaves an elegant and vivid tapestry during his mesmerizing solo. Egberto Gismonti’s “Loro” is launched by spalding’s unconventional scatting, which she eventually uses to engage in a nimble dance with Hersch’s propulsive piano. The album closes with Hersch’s best-known composition, “A Wish (Valentine),” with magnificent lyrics by Norma Winstone.

Though it’s hard to believe given the buoyant spirits and playful interaction of the performances, both spalding and Hersch were working through pain on the October 2018 weekend that this music was recorded. Although the stint ended on a celebratory note with the occasion of Hersch’s 63rd birthday, he was also scheduled to enter the hospital the very next day for hip replacement surgery. “I was in a lot of pain and walking with a crutch,” he recalls. “Just getting down the famous stairs to the Vanguard was an ordeal, but once the music started the pain disappeared completely.”

spalding, meanwhile, was struggling with family issues while juggling an intense schedule that included writing an opera with master composer Wayne Shorter and beginning a teaching position at Harvard University. “I was going through a very difficult time in my life,” she admits. “I was miserable every day when I got to the Vanguard, so I had to decide to plug into the capacity for this music to heal. I wanted to emanate something positive though I was feeling so horrible. Neither of us were feeling well in our lives outside of the music, so the stage of the Vanguard became an alchemizing place for both of us. I think you can feel that in the music.”

Hersch and spalding can both be counted among the most acclaimed and inventive artists in modern jazz. The Village Vanguard is the music’s most revered venue, having played host to countless legendary musicians and beloved live recordings. The duo and the club converge for a magical performance on Alive at the Village Vanguard, a rare opportunity for listeners to enjoy the singular and thrilling collaboration between two marquee jazz artists at the top of their game. 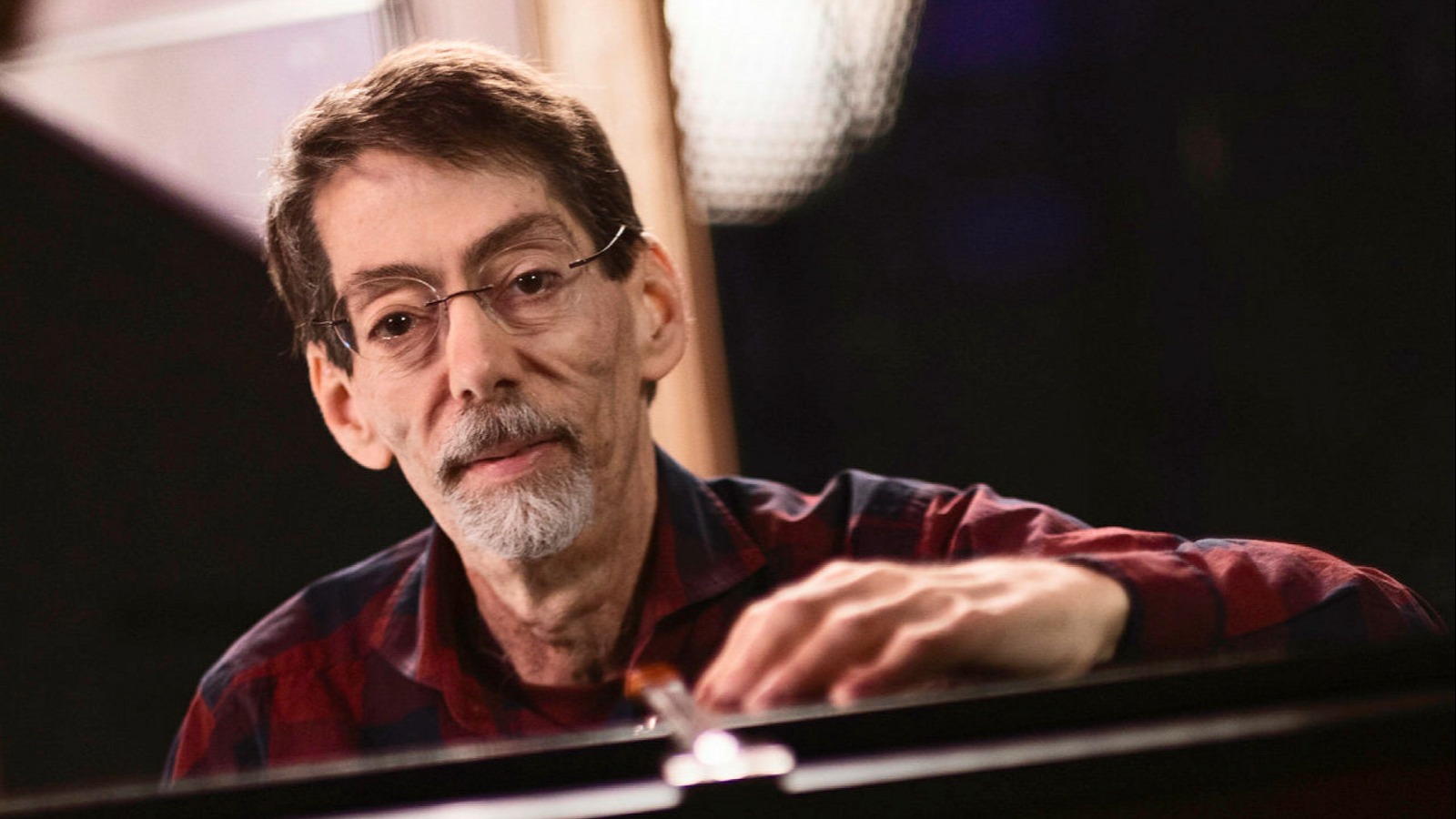 Fred Hersch
A select member of jazz’s piano pantheon, Fred Hersch is an influential creative force who has shaped the music’s course over more than three decades. A fifteen-time Grammy nominee, Hersch has long set the standard for expressive interpretation and inventive creativity. A revered improviser, composer, educator, bandleader, collaborator and recording artist, Hersch has been proclaimed “the most arrestingly innovative pianist in jazz over the last decade” by Vanity Fair, “an elegant force of musical invention” by The L.A. Times, and “a living legend” by The New Yorker. For decades Hersch has been firmly entrenched as one of the most acclaimed and captivating pianists in modern jazz, whether through his exquisite solo performances, as the leader of one of jazz’s eradefining trios, or in eloquent dialogue with his deeply attuned duo partners. His brilliant 2017 memoir, Good Things Happen Slowly, was named one of 2017’s Five Best Memoirs by the Washington Post and The New York Times. 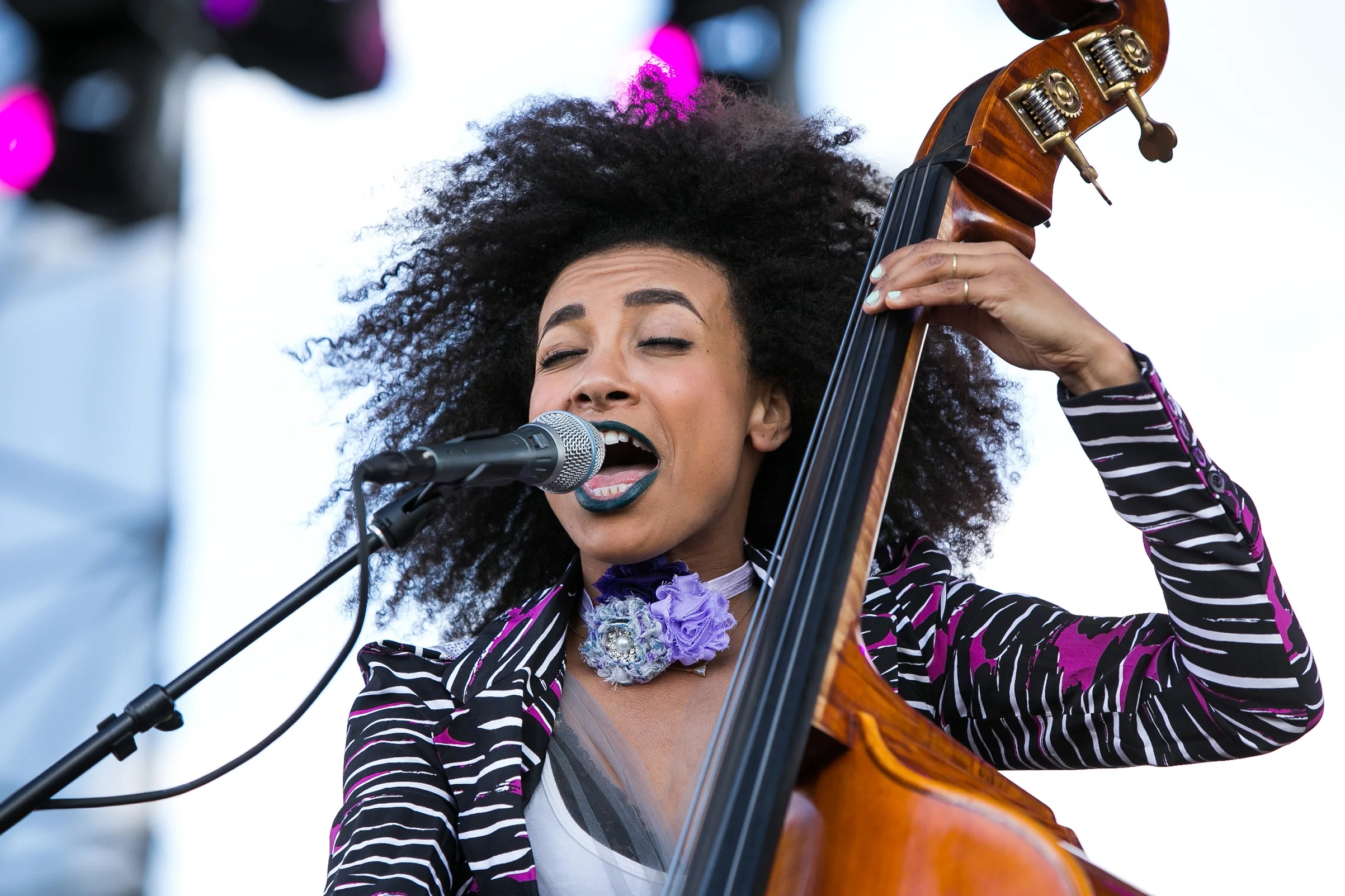