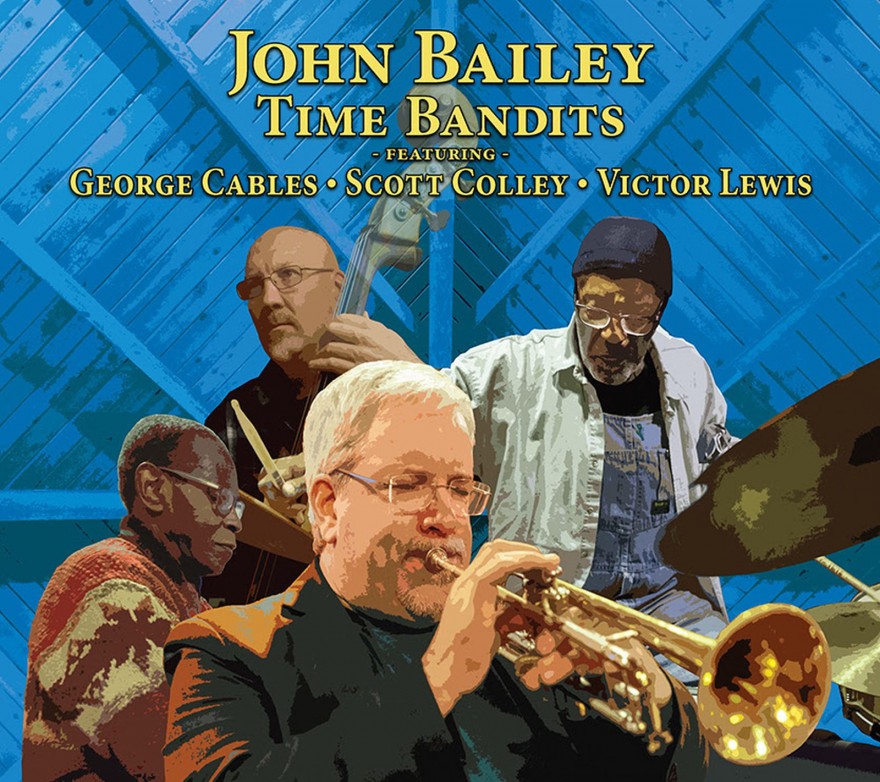 “[John Bailey is a] horn player that sounds like he took the brass torch from Dizzy Gillespie… as crisp and sharp as a Dolce & Gabbana suit.”
– George W. Harris, Jazz Weekly

“When describing John Bailey as a trumpeter, musician, and composer, it is easy to run out of superlatives… a mature musician at the height of his game and waiting to be transcribed by the next generation.” – Michael Hackett, ITG Journal

Straightahead, swing, blues, Latin, free playing – John Bailey has traversed virtually every style and era of jazz possible during his career, forging an instantly recognizable voice and becoming the first-call trumpet player for a staggering variety of artists along the way. He leaps between those diverse interests with the dizzying agility of a veteran time traveler on Time Bandits, his spirited third album as a leader. Due out January 13, 2023 via Bailey’s own Freedom Road Records imprint, the album finds Bailey fronting a stellar quartet featuring pianist George Cables, bassist Scott Colley, and drummer Victor Lewis. The quartet spent two days in the hallowed confines of the Van Gelder Studio in Englewood Cliffs, New Jersey in early 2022.

The band is a dream team for Bailey, who has assembled an equally stunning ensemble for each of his three releases. Victor Lewis is the sole constant among them. “Victor has a gift that is on such a high level,” Bailey says, “and he can apply it over virtually any groove, all while constantly orchestrating musical events!” Bailey’s desire to work with George Cables hardly needs explaining. The pianist has collaborated with most of the music’s giants, from an early stint in Art Blakey’s Jazz Messengers to gigging and recording with Sonny Rollins, Joe Henderson, Woody Shaw, Dexter Gordon, Freddie Hubbard, Bobby Hutcherson, and Art Pepper, among others. He continues to amaze as part of the all-star band The Cookers. Bailey proclaims, “George is deeply inspiring. He first blew me away when I heard Dexter Gordon’s Manhattan Symphonie as a teen.  When we met I quickly felt his warmth and generosity, both musically and personally.”

An always in-demand bassist, Scott Colley’s gifts were exemplified for Bailey by a duo performance with guitarist Jim Hall at the Village Vanguard. “I could see that he was not only a virtuoso on his instrument but also a stunningly empathic musician,” Bailey says.  “Great pitch, great swing and great ears; all qualities that musicians value highly!”

Throughout his nearly four-decade career, Bailey has worked with some of the most revered names across a wide spectrum of styles. He grew up listening to both bebop and classic rock, was mentored by the great Chicago trumpeter and multi-instrumentalist Ira Sullivan, played with legendary drummer Buddy Rich before leaving college, and served long lasting stints with R&B icon Ray Charles, master conguero Ray Barretto, singer Frank Sinatra, Jr., and Latin jazz innovator Arturo O’Farrill, among others.

Bailey made his leader debut in 2018 with In Real Time, followed two years later by Can You Imagine?, which loosely posited an alternate reality in which Dizzy Gillespie had actually won his larkish presidential run in 1964. It’s no accident that “time” recurs in the title of Bailey’s new album, as he’s the first to recognize how crucial the concept is to jazz music. “If you think about music in terms of Western and Non-Western heritages, jazz is actually both,” he explains. “Jazz can be defined as syncopated African rhythm with Western European harmony.  Though above all, the rhythmic feel is what defines the music as jazz.”

Those ideas come out swinging on the title cut, which opens the album veering between an almost Second Line parade feel and a vigorous swing rhythm. “Various Nefarious” seems to almost literally laugh at the travails of the modern world (“various” can’t help but suggest those endlessly mutating variants that have kept us on the run for the past few years, while “nefarious” seems as good an adjective as any to point at the political class) as Lewis dances nimbly around the tune’s shuffling lope. 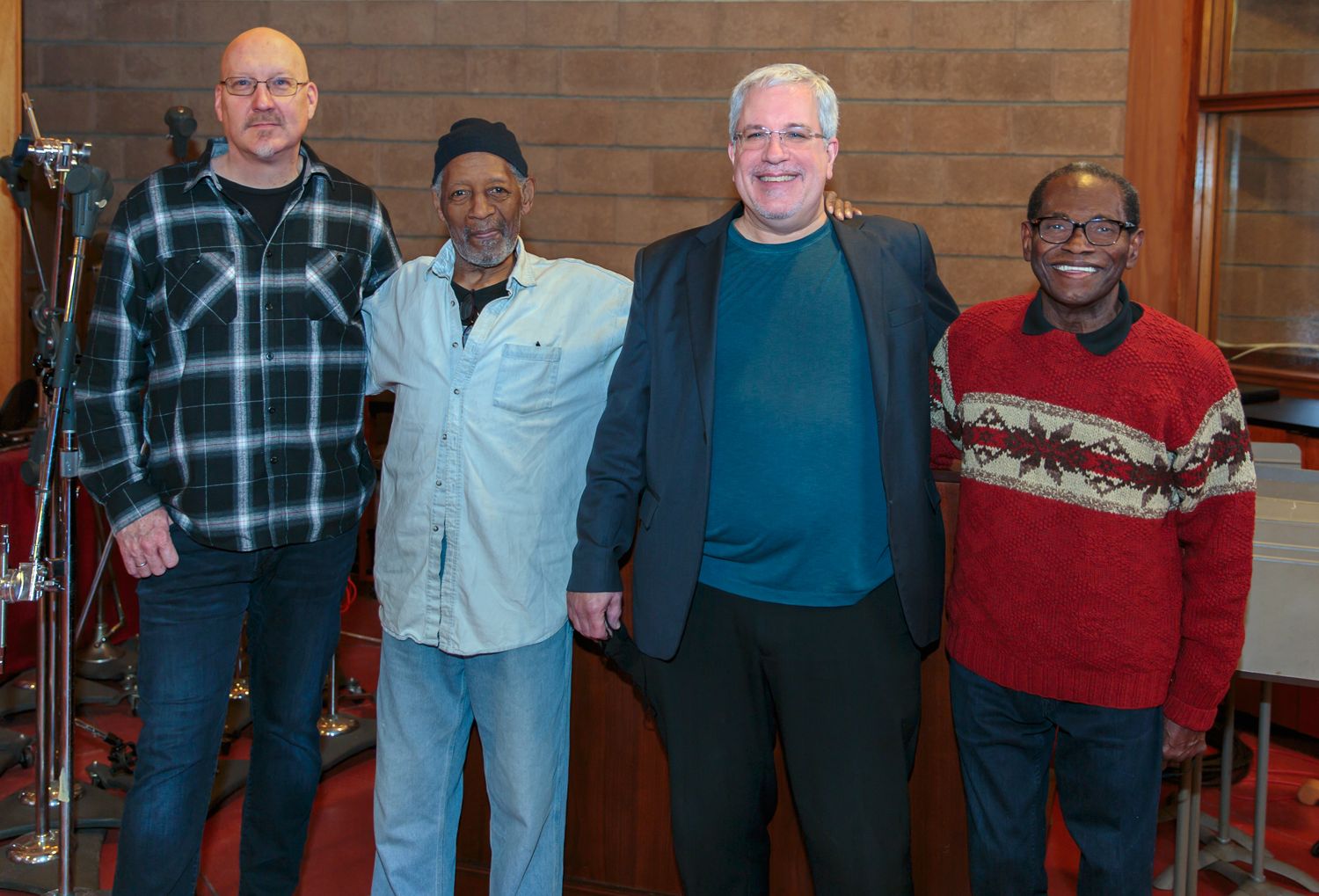 The reverence in which Bailey holds the legendary trumpeter Thad Jones, a member of one of jazz’s royal families, shines through on the gorgeous ballad “Ode to Thaddeus.” Built on the unison lines shared by Bailey and Colley, “Rose” takes the album in an angular, free roaming direction built upon five 12-tone rows (see the pun?), while “Groove Samba” ends the proceedings at a rollicking tempo.

Lewis brought in the sharp, jabbing “Oh Man, Please Get Me Out of Here!,” where nods to Diz, Freddie Hubbard, Joe Henderson and Woody Shaw reveal the drummer as Bailey’s partner in sonic banditry. Cables’ “Lullaby” is reprised from Frank Morgan’s 1989 album Mood Indigo, rendered here as a tender, intimate duet with Bailey’s breathy flugelhorn. Bailey points to “Long Ago and Far Away” as one of Jerome Kern’s “quirkier” songs, while the Beatles classic “She’s Leaving Home” is given properly aching treatment that suggests the generational heartbreak of Paul McCartney’s lyric. Garry Dial’s “How Do You Know?” originally opened Sprint, the 1982 album by the Red Rodney and Ira Sullivan Quintet, making the piece a tribute from Bailey to his mentor Sullivan, who passed away in September 2020.

Time Bandits – the title has nothing to do with the 1981 Terry Gilliam film, though Bailey’s love of the Pythons couldn’t have hurt its appeal – showcases the eclectic tastes and surprising juxtapositions that suggest that maybe he has mocked up a time machine in his rare spare time between gigs. How else to explain his mastery of so many disparate influences?  “It’s always a good idea for us jazz artists to go back in time and listen to the masters, have some fun absorbing what appeals to us, and rejecting what doesn’t. Taking, as a bandit may, the material and relentlessly playing around with it until we are satisfied.” 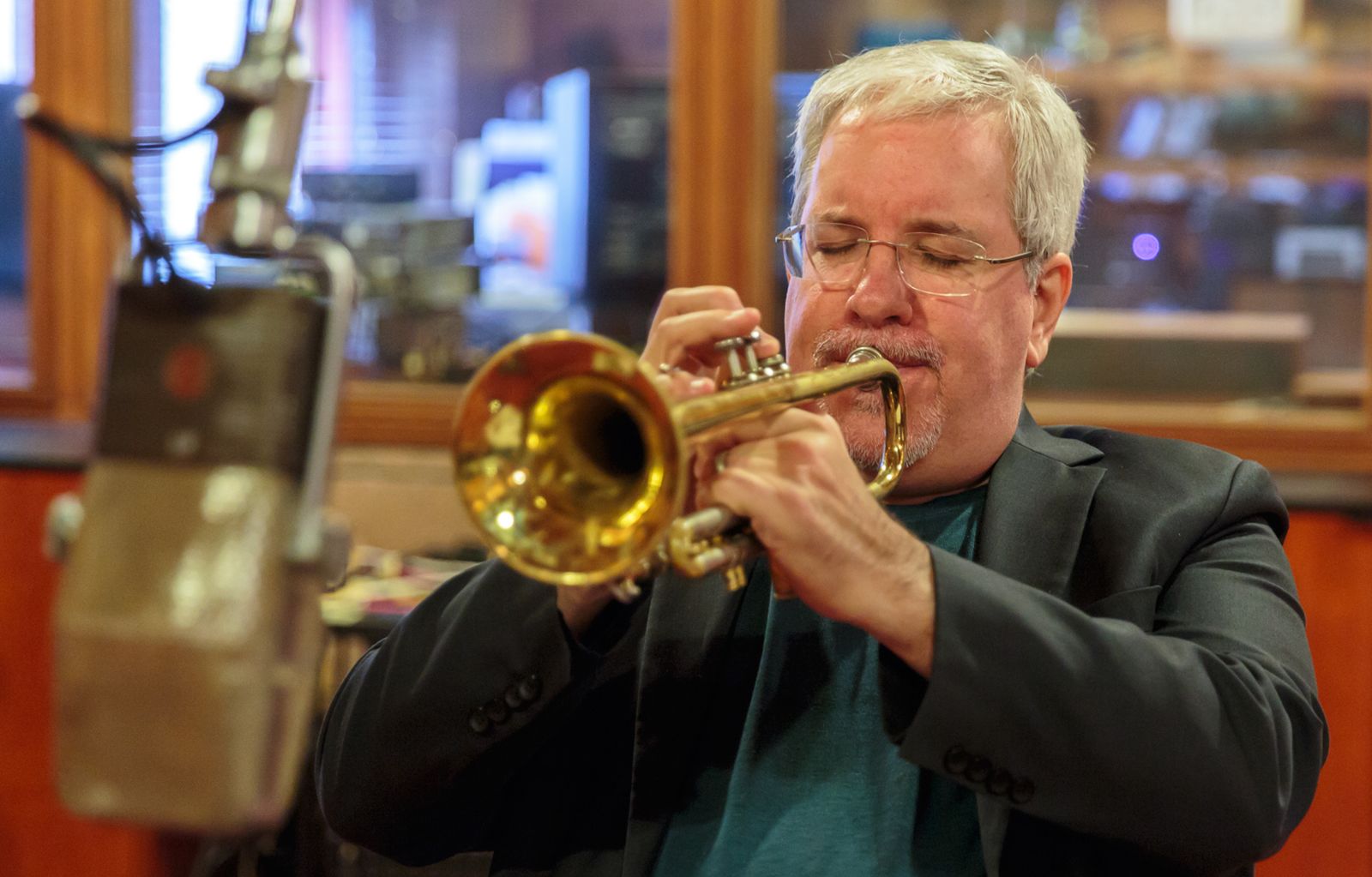 John Bailey
Known as one of the most eclectic trumpet players in New York City, John Bailey is an in-demand musician and teaching artist on call for everything from traditional jazz to R&B and pop to classical. After decades as one of the busiest sidemen in the business, Bailey made his long-awaited leader debut in 2018 with the acclaimed In Real Time, followed in 2020 by Can You Imagine? He became a member of The Buddy Rich Band while still in college, and his career has included long-running gigs with the iconic Ray Charles, master conguero and bandleader Ray Barretto, drummer Max Weinberg and vocalist Frank Sinatra, Jr. His work with Latin Jazz innovator Arturo O’Farrill won two Grammy Awards, for the albums The Offense of the Drum and Cuba – The Conversation Continues. He has played on more than 70 albums and, as a jazz educator, has taught at the University of Miami and Florida International University.