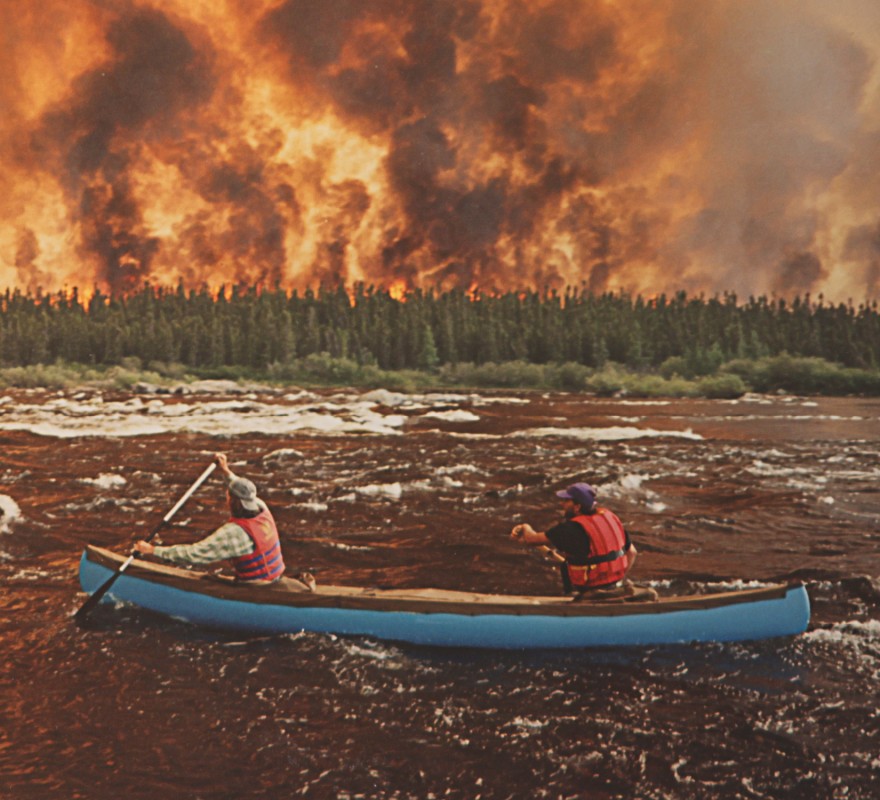 Grammy winning pianist and composerCory Smythe explores the climate crisis through an abstracted American songbook classic on his new album Smoke Gets In Your Eyes,

“The sonic language that Cory Smythe has brought to his own recordings as leader, and to his work as a collaborator and sideman, blurs any lines… Expansive sound, cutting-edge vision.” – Brad Cohan, JazzTimes

“For over a decade, Mr. Smythe has been one of the busiest players on the new-music and avant-jazz scenes… But even when the music is the headiest modernism, his performances retain a sense of playfulness.”  – Seth Colter Walls, The New York Times

The rueful lyrics of “Smoke Gets In Your Eyes” trace the dissolution of a romance, its evanescent melodies evoking the wraith-like movement of smoke to reflect the way that love clouds the vision and heartbreak compels tears. On his third release for Pyroclastic Records, pianist and composer Cory Smythe abstracts, dissects, and dilates the Jerome Kern/Otto Harbach standard to contemplate a more global tragedy. Smoke Gets In Your Eyes reckons with the climate emergency confronting humanity by refracting the wistful ballad into stark, uncanny forms to isolate themes of combustion, myopic vision, and mournful regret.

Smoke Gets In Your Eyes brings to a close a loose trilogy of albums drawing inspiration from the history of American song to speak to present-day perils. Circulate Susanna, Smythe’s 2018 leader debut, reexamined the cruelty and violence portrayed in jaunty minstrel songs like “Oh, Susanna.” His 2020 follow-up, Accelerate Every Voice, depicted America’s undercurrents of class, privilege, and racial tension by way of Andrew Hill’s Lift Every Voice; its inspiration, James Weldon Johnson’s Black national anthem, “Lift Ev’ry Voice and Sing;” and the mythologizing optimism of collegiate a cappella.

Smoke Gets In Your Eyes consists of two halves, each exploring its inspiration in singular but interrelated ways, each echoing and commenting upon the other. The familiar, haunting tune – which has been rendered by everyone from Sarah Vaughan to The Platters to Bryan Ferry, and set the atmosphere for a graceful Fred and Ginger turn in Roberta and Ron Howard’s “snowball dance” in American Graffiti – is never more than elliptically referenced. Instead, Smythe relies on spectral analysis of the phonemes in the lyrics, or glacially extended peregrinations through the filigreed contours of the melodic lines.

The first half features pieces originally commissioned by Norway’s Trondheim Jazz Orchestra, an ensemble made up of extraordinary composer-improvisers. The four compositions – “Liquiform 1 and 2” and “Combustion 1 and 2” – are here performed by an equally compelling group of artists, each of them a stunningly original voice in their own right: vocalist Sofia Jernberg (the sole member of the TJO returning for the session, who also collaborated with Smythe on Circulate Susanna); violinist Joshua Modney; cellist Tomeka Reid; trumpeter Peter Evans; trombonist Zekkereya El-magharbel; saxophonists Ryan Muncy, Ingrid Laubrock, and David Leon; drummer/percussionist Jessie Cox; bassist Stephan Crump; and Smythe on piano.

As Smythe describes the process of composing the ensemble pieces, the influence of “Smoke Gets In Your Eyes” crept in at an almost subliminal level. “I already had in mind that I wanted to touch on, if only obliquely, the climate emergency in which we find ourselves. I thought I might do that by calling upon the idea of combustion. As I was working on that, the shapes that I was gravitating towards started to resemble the shapes of the melody of ‘Smoke Gets In Your Eyes.’”

The two “Liquiform” pieces approach onomatopoeia in their use of bubbling, burbling noises and viscous, oozing forms. Norway, the home of the Trondheim Jazz Orchestra and the site of this music’s premiere performance, is one of the world’s largest exporters of oil, leading Smythe to create sonic analogues for the fossil fuel. “Combustion 1 and 2” deal in more incendiary collisions of sound. The latter takes shape as a “pretend ballad,” as Smythe describes it, and incorporates a cut-up lyric scrambling Harbach’s words into a more enigmatic evocation of contrition.

The second half comprises seven solo piano improvisations investigating the title song at a microscopic level, serving as an extended coda to the first. In Smythe’s peculiar pianistic grammar, pitchless keyboard and action noises lead in and out of undulating and unstable globules of tone, suggesting both evolving masses of smoke and the contours of speech. Smythe carefully improvises and melodicizes the ends of notes as much as he does their beginnings. And throughout, he augments the piano by way of two MIDI keyboards and a breath controller. Their resulting sounds — microtonally detuned piano notes, mutating string noise, and vocoder formants — vibrate transducer speakers positioned inside the piano where they become part of the piano’s resonance. Smythe’s unique electronic setup is parasitic upon the piano, cunningly hiding its digital components within the mutating sound of the acoustic instrument.

As Smythe explains, “The piano on this record, like the love affair lamented in the Kern/Harbach standard, isn’t quite what it seems – with subtle electronic augmentations whose microtonal notes, bending, and warped sustains appear to be coming from the instrument itself.”
*** BIO *** 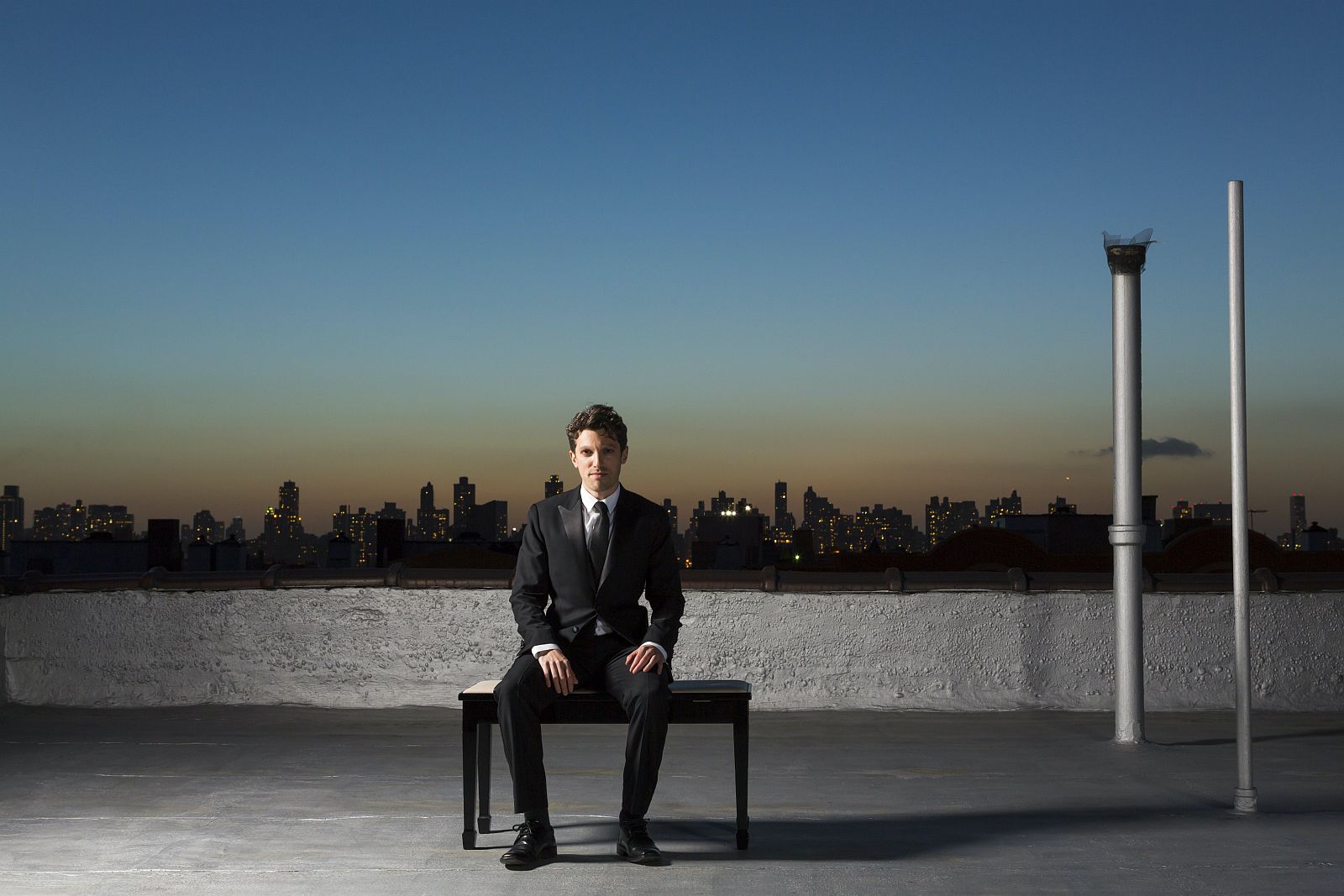 Cory Smythe
Pianist Cory Smythe has worked closely with pioneering artists in new, improvisatory, and classical music, including multi-instrumentalist-composer Tyshawn Sorey, violinist Hilary Hahn, and transdisciplinary composers from Anthony Braxton to Zosha Di Castri. His own music “dissolves the lines between composition and improvisation with rigor” (Chicago Reader), and his first record was praised by Jason Moran as “hands down one of the best solo recordings I’ve ever heard.” Smythe has been featured at the Newport Jazz, Wien Modern, and Mostly Mozart festivals. He has been commissioned by Present Music, the Banff Centre for the Arts, and the International Contemporary Ensemble, of which he is a longtime member. Smythe received a Grammy award for his work with Ms. Hahn and a 2022 Herb Alpert Award in music.

Pyroclastic Records
Pianist-composer Kris Davis founded Pyroclastic Records in 2016 to serve the release of her acclaimed recordings Duopoly, Octopus (with Craig Taborn) and Diatom Ribbons with the goal of growing the label into a thriving platform to serve cutting-edge artists. In 2019, Davis launched a nonprofit to support those artists whose expression flourishes beyond the commercial sphere. By supporting their creative efforts, Pyroclastic empowers emerging and established artists — including those on its 2022 roster: Tony Malaby, Ches Smith, Nate Wooley, Patricia Brennan, and Trevor Dunn — to continue challenging conventional genre-labeling within their fields. Pyroclastic also seeks to galvanize and grow a creative community, providing opportunities, supporting diversity and expanding the audience for noncommercial art. Additionally, its albums often feature artwork by prominent visual artists—Julian Charriére, Dike Blair, Mimi Chakarova, Jim Campbell and Raymond Pettibon among recent examples.