It’s an adrenaline rush of joyful sound. They dive headlong into the music, taking the listener along on a wild journey of exploration. The sounds and ideas come fast and furious as the two challenge one another and push things as far as they can go.

Trumpeter-composer Natsuki Tamura’s duet with drummer Ittetsu Takemura, Lightning (available December 2 2022 on Bandcamp), is an adrenaline rush of joyful sound. They dive headlong into the music, taking the listener along on a wild journey of exploration. The sounds and ideas come fast and furious as the two challenge one another and push things as far as they can go. After years of being bottled up by the covid-19 pandemic, this uninhibited joyride of an album is just the emotional release that’s needed.

Tamura first met Takemura, who is also the drummer in pianist-composer Satoko Fujii’s Tokyo Trio, “long ago” in the band of pianist Fumio Itabashi. “I think he was probably around 20 years old,” Tamura says. Lightning is the first time they played as a duo. “I gave him the sheet music for the first time at the jazz club on the day of the live recording,” Tamura explains. “He made my simple song into great music. It was a fresh and fun time for me and him.”

It is indeed fresh and fun music. They approach every note with the enthusiasm and glee of new discovery and they delight in each other’s company. “Ikazuchi” (“lightning” in Japanese) jumps off to a fast start with Tamura’s bright, declarative first notes and Takemura’s explosive response. The lively exchange that follows sets the pace and tone of the entire piece. An unaccompanied Takemura solo keeps up his joyful clatter, as he orchestrates the components of his kit at high speed, with rapid fire, cleanly articulated phrases ebbing and flowing. Tamura adds new colors to the piece as he returns on muted trumpet, muttering and growling in a still red-hot dialog with Takemura. After he removes his mute, Tamura slows things down, softening his tone, allowing more space into the music, and shading and squeezing his notes for expressive inflections. Takemura eases back in and soon they are engaged in another dialog, using a whole new vocabulary of sounds, with Takemura playing his drums with his hands and using gongs, and Tamura sailing above the percussion with hot airy sounds with a forceful immediacy. They never stop pushing themselves. Late in the performance, there’s an extended section for Tamura’s unique vocalizing and another breathlessly exciting duet with Tamura back on trumpet before the piece ends with a return of the melody and a final cymbal exclamation point. After the epic 40-minute title track, “Kaminari” (Japanese for “thunder”) is a shorter, but no less exhilarating ride full of surprising twists and turns. 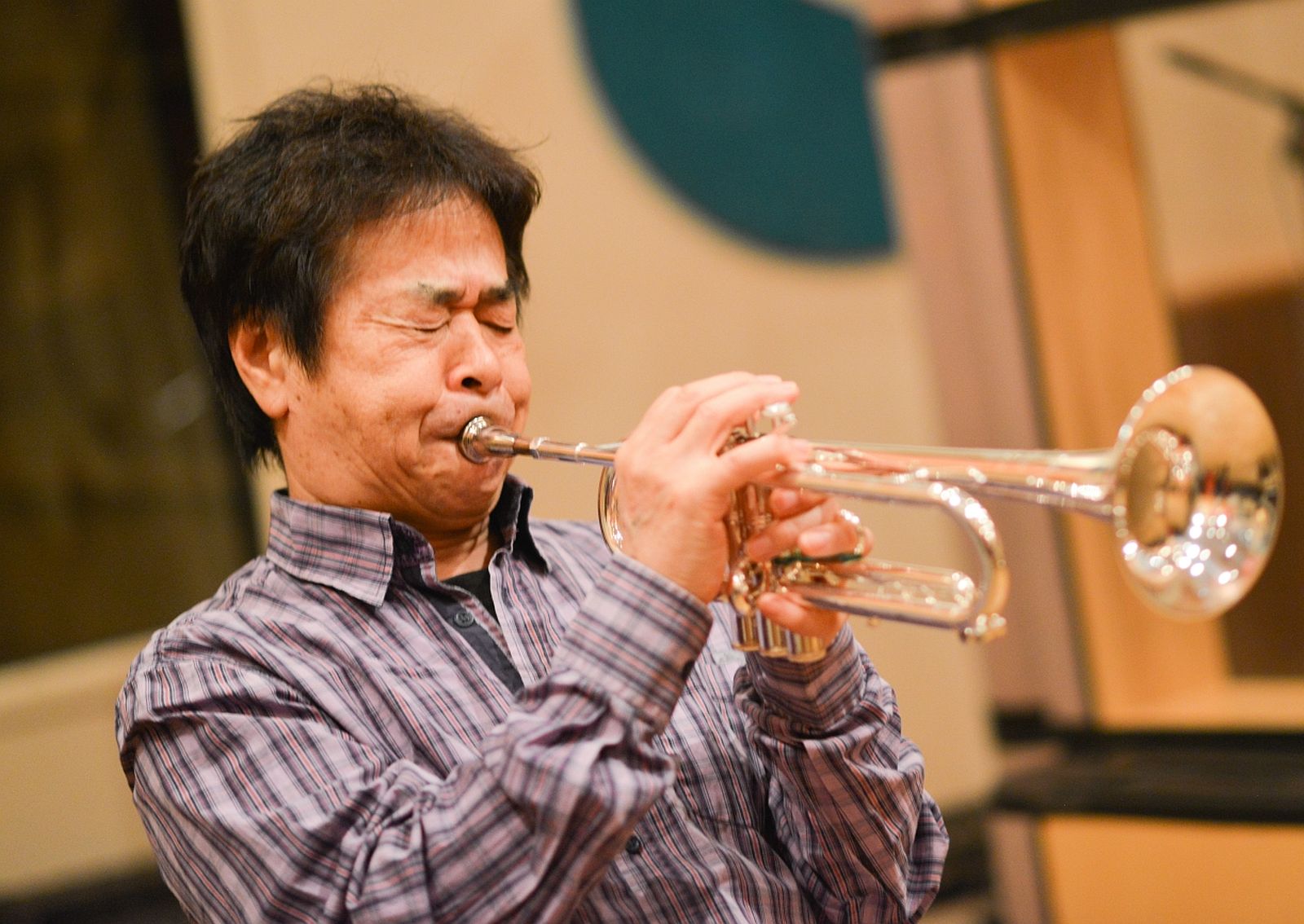 2003 was a breakout year for Tamura as a bandleader, with the release of Hada Hada (Libra), featuring his free jazz-avant rock quartet with Fujii on synthesizer. In 2005, he made a 180-degree turn with the debut of his all-acoustic Gato Libre quartet, focusing on the intersection of European folk music and sound abstraction. Now a trio, their previous CD is Koneko (Libra), released in 2020. Writing in the New York City Jazz Record, Tyran Grillo said, “By turns mysterious and whimsical.”

In 1998, Tamura released the first of his unaccompanied trumpet albums, A Song for Jyaki (Leo Lab). He followed it up in 2003 with KoKoKoKe (Polystar/NatSat) and in 2021, he celebrated his 70th birthday with Koki Solo (Libra), which Karl Ackermann in All About Jazz described as “quirky fun in an age of uncertainty.” His latest solo album, Summer Tree, was a multilayered, overdubbed release that featured his piano and percussion work in addition to his trumpet.

In addition to appearing in many of Fujii’s ensembles, Tamura also has worked with collaborative groups. Most recently, he joined Fujii and master French composer-improvisers, trumpeter Christian Pruvost and drummer Peter Orins, to form the collective quartet Kaze. With five CDs to their credit since 2011, Kaze “redefines listening to music, redefines genres, redefines playing music,” according to Stef Gjissels of Free Jazz Blog. Tamura’s category-defying abilities make him “unquestionably one of the most adventurous trumpet players on the scene today,” said Marc Chenard in Coda. 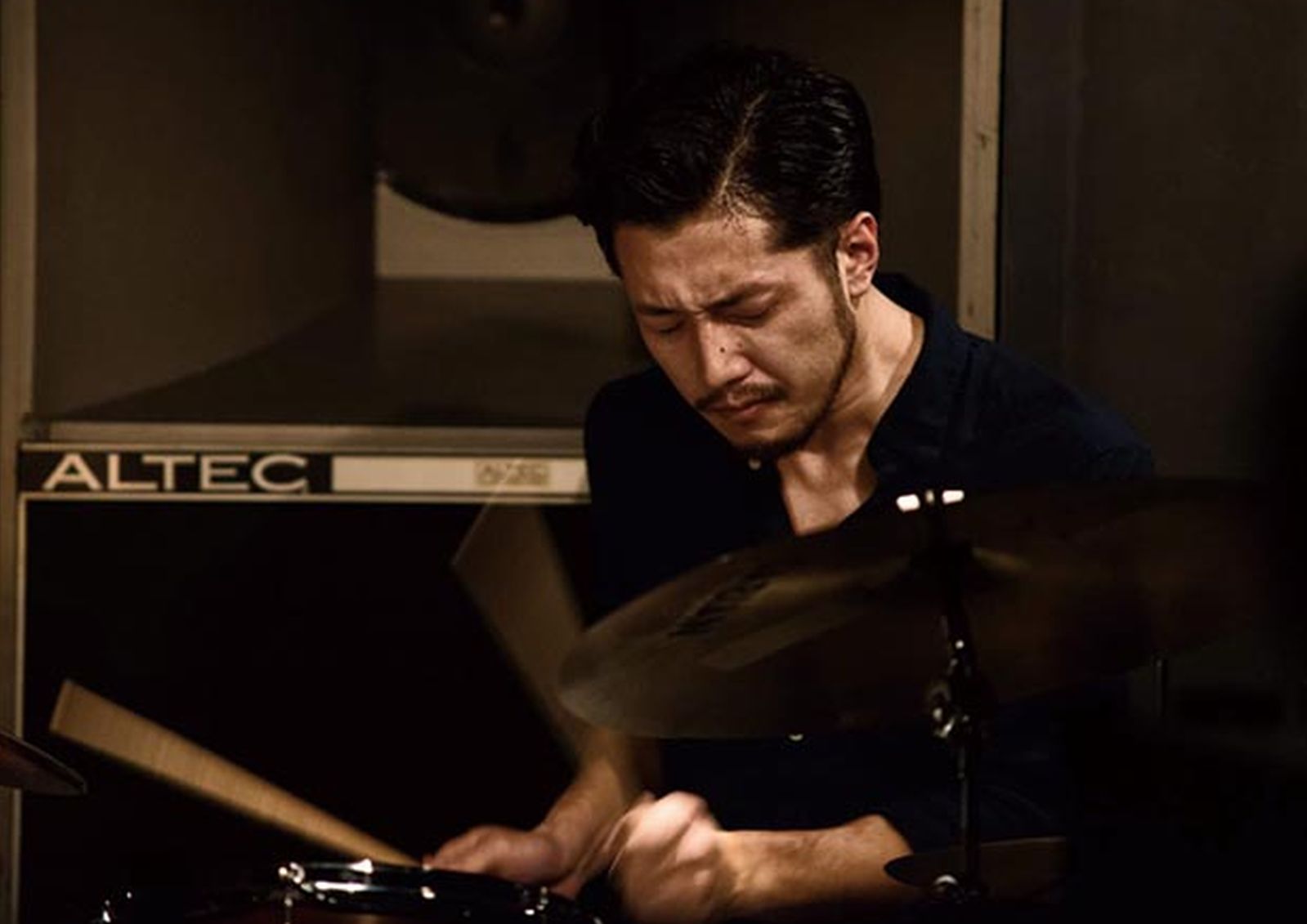 Drummer and bandleader Ittetsu Takemura is one of the most in-demand drummers in Japan. He is most widely known as a member of the quartet of Japanese jazz legend Sadao Watanabe, with whom he has performed at the Blue Note in New York and elsewhere around the world. He has toured Europe with Satoko Fujii’s Toyko Trio and appears on their debut CD, Moon on the Lake (Libra, 2021). He can also be heard on Bright Force (Libra, 2018) by the collaborative quartet Kira Kira, featuring Fujii, Tamura, and Australian keyboardist Alister Spence. As a bandleader he released Murasame (Days of Delight, 2021) with his quartet. “He has super technique, but more importantly he knows how to use his technique musically,” says Fujii. “He plays straight ahead jazz in many groups, but he loves free improvisation and he’s courageous enough to try new things.”