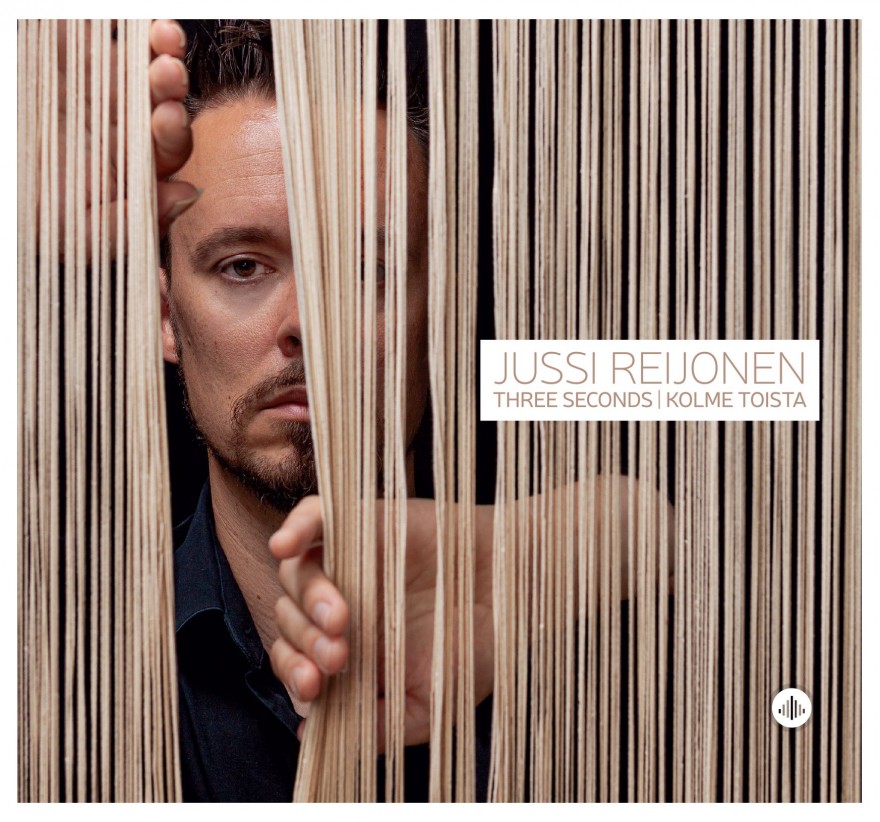 “Reijonen’s musical universe has no frontiers. It is a beautiful, sensual mosaic of traditions and influences.” – Eyal Hareuveni, All About Jazz

Finnish-born guitarist, oud player and composer Jussi Reijonen has lived in Finland, Jordan, Tanzania, Oman, Lebanon and the United States, soaking up the sounds, sights, scents and shades of Nordic, Middle Eastern, African and American cultures. These influences combine in Three Seconds | Kolme Toista, the long-awaited follow-up to his acclaimed 2013 debut, un. On this remarkable and ambitious new recording, Reijonen delivers an epic transcultural suite that feels as deeply personal as it is expansive and far-reaching.

The album convenes a 9-piece ensemble of international artists with roots stretching to points and traditions across the globe. Joining fretted/fretless guitarist, oud player and composer Reijonen are American trumpeter Jason Palmer, drummer Vancil Cooper and bassist Kyle Miles; Turkish trombonist Bulut Gülen and microtonal pianist Utar Artun; Jordanian/Iraqi violinist Layth Sidiq; Palestinian cellist Naseem Alatrash; and Japanese percussionist Keita Ogawa. It’s a remarkable group of singular musicians who internalize and bring to life Reijonen’s emotionally resonant and compositionally breathtaking five-movement suite. They express his vision with dedication and sensitivity, channeling Reijonen’s synthesis of influences including the Finnish Arctic’s open spaces and silences, Arabic maqamat, the rich rhythms of Africa and the improvisatory spirit at the heart of American jazz into a sound entirely its own. 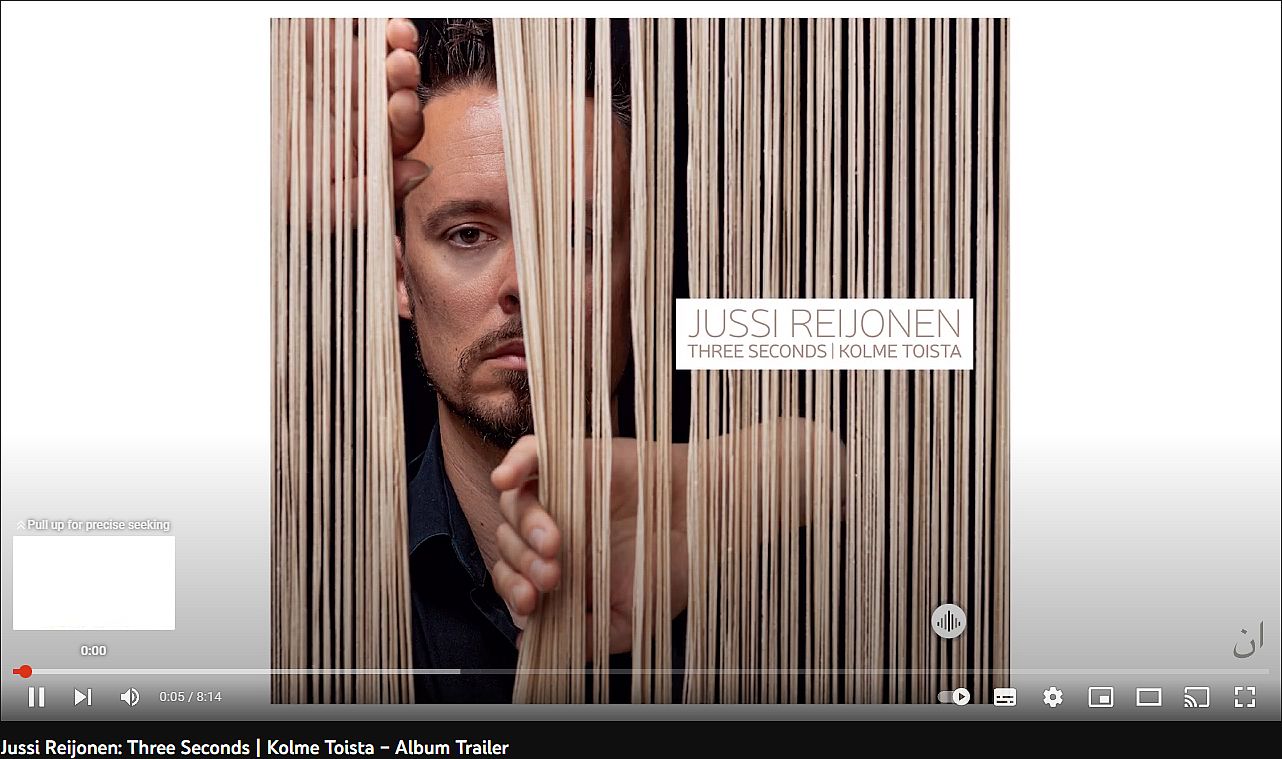 During the decade between his two albums, Reijonen grappled with a creative block that saw him engaging in deep personal reflection and a journey to reclaim his voice that involved recognizing and disassembling old patterns, and confronting the complexities of growing up in vastly different cultures. Within the forced solitude brought on by the COVID-19 pandemic, Reijonen found the time and space to revisit old ideas, develop new ones and feel the music begin to flow. With it came a clarity of vision that reverberates throughout Three Seconds, weaving a story both profoundly individual and utterly human through inspirationally crafted notes and sound.

As Reijonen unpacks, unravels and transcends the interlaced cultural threads within his experience, he builds a sonic world of broad and beautiful proportions. The dynamic interplay of the Finnish, Jordanian, Tanzanian, Omani, Lebanese and American cultures in which he grew up and lived, the ever-present feeling of being welcomed yet never truly belonging, the longing to understand his own identity within this complex and wondrous multicultural and multilingual context, and the disorienting effect of their transient existence on his familial relationships are expressed, explored and stunningly resolved in Reijonen’s transcendent suite.

The album’s title, Three Seconds or Kolme Toista in Finnish, reflects an encounter between three strangers or “others.” For Reijonen, the meaning expanded to include the revelatory experience of suddenly seeing what had previously been unseen, a vision of distinctly different designs merging into kaleidoscopic unity, achieving symbiosis while simultaneously maintaining their uniqueness.

They masterfully perform the five complex, cathartic movements of Reijonen’s suite, starting with “The Veil,” which opens with a mesmerizing fanfare that ushers in an Arabic-tinged melody propelled by a mesmerizing percussive mantra. “Transient” opens with the haunting, exquisite sound of Sidiq’s violin, vibrantly capturing a feeling of rootlessness and wandering in Cooper’s tense rhythms and Ogawa’s agitated percussion, eliciting Reijonen’s yearning oud solo. Heartbreakingly evocative, “The Weaver, Every So Often Shifting the Sands Beneath Her” begins as a stark introspective rock tune that gradually builds to an orchestral scale, closing with a piercingly poignant lament.

“Verso” implies turning over a new page, but in Finnish the word also means “to sprout” or “to grow.” As the lament of “The Weaver” resolves, “Verso” alternates between gentle and combustible, ushering in a kinetic new sense of freedom and flow. In the impressionistic, searching “Median,” the guitar’s trance-like musical loops build into the equivalent of a musical primal scream, making way for the relief and resolution that come after grappling with conflicting tensions, celebrating the possibilities inherent in growth, the transformative destinations reached, and those still to come. 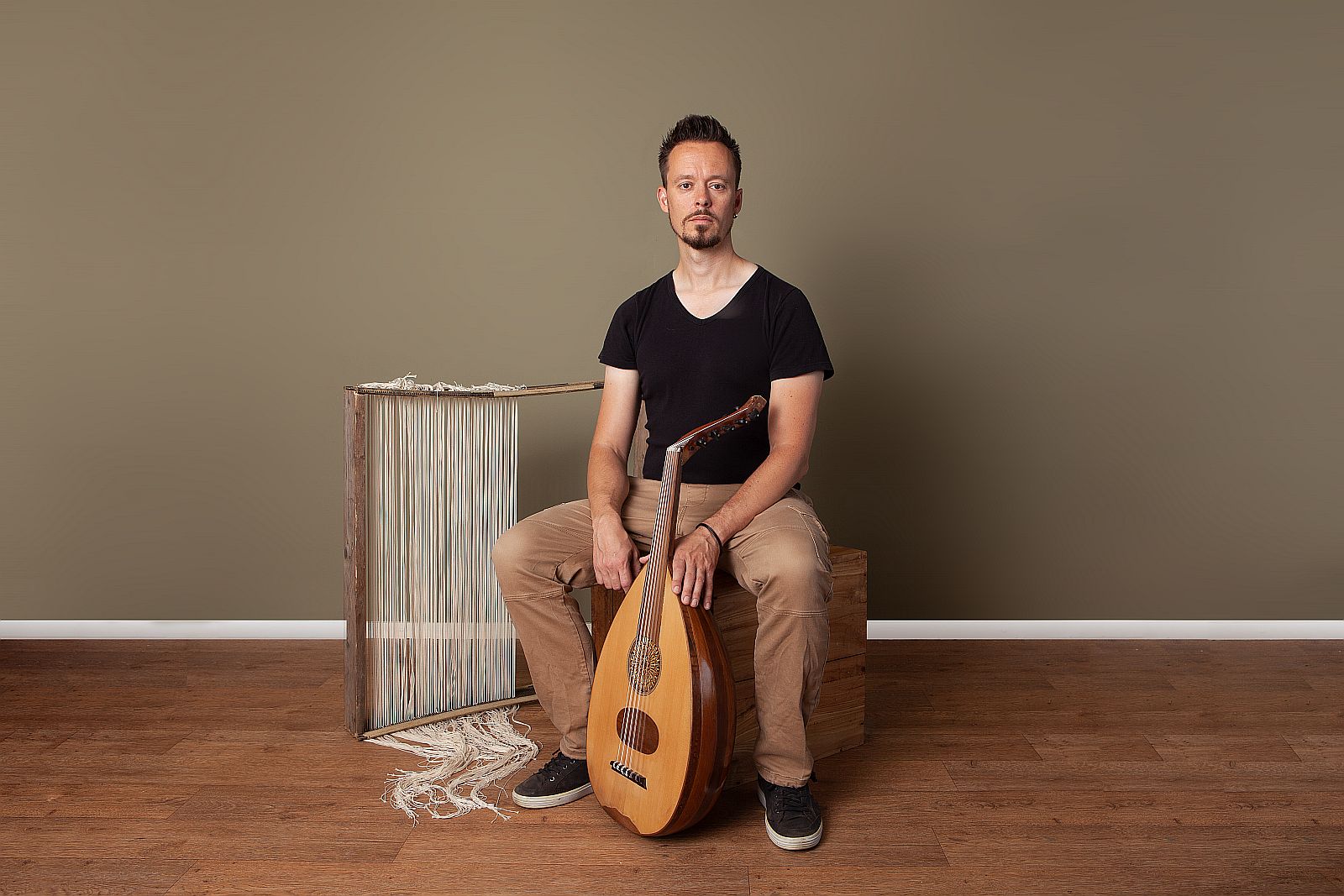 Guitarist, oud player and composer Jussi Reijonen is truly the product of a world without frontiers. Having grown up in Finnish Lapland, the Middle East and East Africa, and spending much of his adulthood in the United States, Reijonen has lived a life soaking up the sounds, sights, scents and shades of Nordic, Middle Eastern, African and American cultures. Along his path, Reijonen has worked with such renowned artists as Jack DeJohnette, Pepe de Lucía, Javier Limón, David Fiuczynski, Simon Shaheen, Bassam Saba, Arto Tunçboyacıyan, Dave Weckl, Louis de Mieulle / Matt Garstka (of Animals as Leaders), Hüsnu Şenlendirici and the New York Gypsy All-Stars, among others. Reijonen’s Independent Music Award-nominated debut album un was released to critical acclaim in early 2013 on his unmusic label. Alongside his solo work, he co-leads Sawaari, a quintet exploring the nexus of Indian rhythms, Arabic maqamat, and trance music from North Africa and Southern Italy; collaborates with Swiss vocalist Gabriela Martina, Dutch trumpeter Eric Vloeimans and various others; is a member of the New York Arabic Orchestra; and continues his work as an educator in the US and Europe. He currently splits his time between Amsterdam, Boston and NYC.