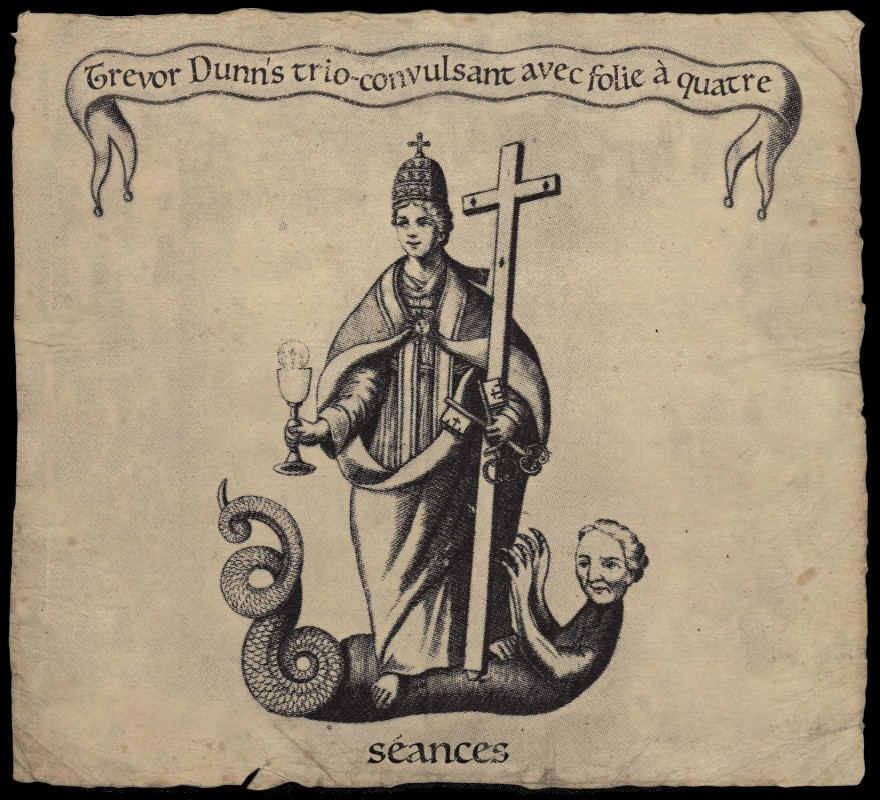 “ The music [Trio-Convulsant] play is not so much a fusion of styles as it is a collision of styles… If you’ve been following Trevor Dunn‘s widely varied career as a player, you know he’s got a sense of adventure.” – Sean Westergaard, AllMusic.com

“[Trio-Convulsant] hurtles from heavy to weightless and back again so quickly it’s hard to keep up… [pulling] it off with rare style and impressive improvisational rigor.” – Peter Margasak, Chicago Reader

When we last heard from Trevor Dunn’s Trio-Convulsant it was 2004; the bassist/composer was not far removed from the break-up of avant-rock provocateurs Mr. Bungle and still freshly relocated to New York and a plunge into the more exploratory end of the city’s jazz scene. Following up the Surrealism-inspired trio’s obscure 1998 debut Debutantes & Centipedes with Sister Phantom Owl Fish, Dunn had reconfigured Trio-Convulsant with a pair of promising but then relatively unknown new voices: guitarist Mary Halvorson and drummer/percussionist Ches Smith.

In the 18 years since, Halvorson and Smith have established themselves as two of the most innovative and acclaimed figures in modern jazz and creative music, while Dunn has embarked on a stunning array of venturesome projects, including a recent reunion of Mr. Bungle, membership in bands including Endangered Blood, SpermChurch, Dan Weiss’ Starebaby, and the Nels Cline Singers, stints in weirdo-rock outfits Fantômas (with Bungle co-founder Mike Patton, the Melvins’ Buzz Osborne, and Slayer’s Dave Lombardo), Tomahawk and the Melvins; and collaborations with the likes of John Zorn, Wendy Eisenberg, Kris Davis, Jamie Saft, Shelley Burgon, Roswell Rudd and Erik Friedlander, among others.

With Trio-Convulsant’s long-awaited follow-up, Séances, Dunn draws together those various threads into his most ambitious and deliriously inventive work to date. Due out October 28, 2022 via Pyroclastic Records, Séances reconvenes the trio with Halvorson and Smith while expanding its possibilities with the addition of Folie à Quatre, a string and winds quartet comprising four remarkable players and composers in their own rights: violinist/violist Carla Kihlstedt (Tin Hat), bass clarinetist Oscar Noriega (Tim Berne’s Snakeoil), cellist Mariel Roberts (Wet Ink Ensemble) and flutist Anna Webber (Webber/Morris Big Band).

The line-up and music for Séances came together following a frustrated attempt in 2015 to compose new music for Trio-Convulsant and string quartet. “Once I realized the string quartet music didn’t work,” Dunn recalls, “I decided to change the orchestration to expand the palette even more, trio being such an intimate ensemble. I put out an album of my chamber music on Tzadik [2019’s Nocturnes], so I’d gotten the string quartet thing out of my system. The ensemble started to come together in my head, but it ultimately it took me years to figure out what I was trying to do musically. Then at some point during quarantine it finally reared its head.”

The final form of the music was partially guided by two vastly different and typically (for Dunn) eclectic inspirations: Desmond Blue, a 1962 album by saxophonist Paul Desmond’s band with guitarist Jim Hall paired with a string orchestra; and the Convulsionnaires of Saint-Médard, an 18th-century French Christian sect whose fevered worship took on the former of ecstatic convulsions and miraculous, near-orgiastic displays. The divinely musical and the esoterically divine converged in Dunn’s mind as he composed the challenging, transcendent music of Séances.

“The name of the band comes from a Surrealist concept,” Dunn explains, “so when I read about the Convulsionnaires it felt like returning back the origins of that. Whether you believe these miracles happened or not, the idea of mass hysteria and group belief is fascinating to me. So this one weird, obscure concept became a kind of unifying principle for the album. I don’t know how much my research informed the actual music beyond the subliminal, but interesting accidents happen sometimes, and I like to grab onto those accidents.”

Where Trio-Convulsant was originally conceived, as Dunn describes, to “make jazz heavier and make heavy music more harmonically rich,” Séances further evolves that vision to embrace the myriad styles and forms that Dunn has explored over the years, melding bludgeoning metal with intricate contemporary chamber music, boundary-blurring jazz with mutated country blues. Dunn’s liner notes spotlight the arcane wanderings of his imagination, enfolding concepts from microtonal flute and bebop to numerology and “spontaneous milk-vomiting and levitation.” The writing is nearly as densely-packed, mysterious and compulsively fascinating as the music itself. 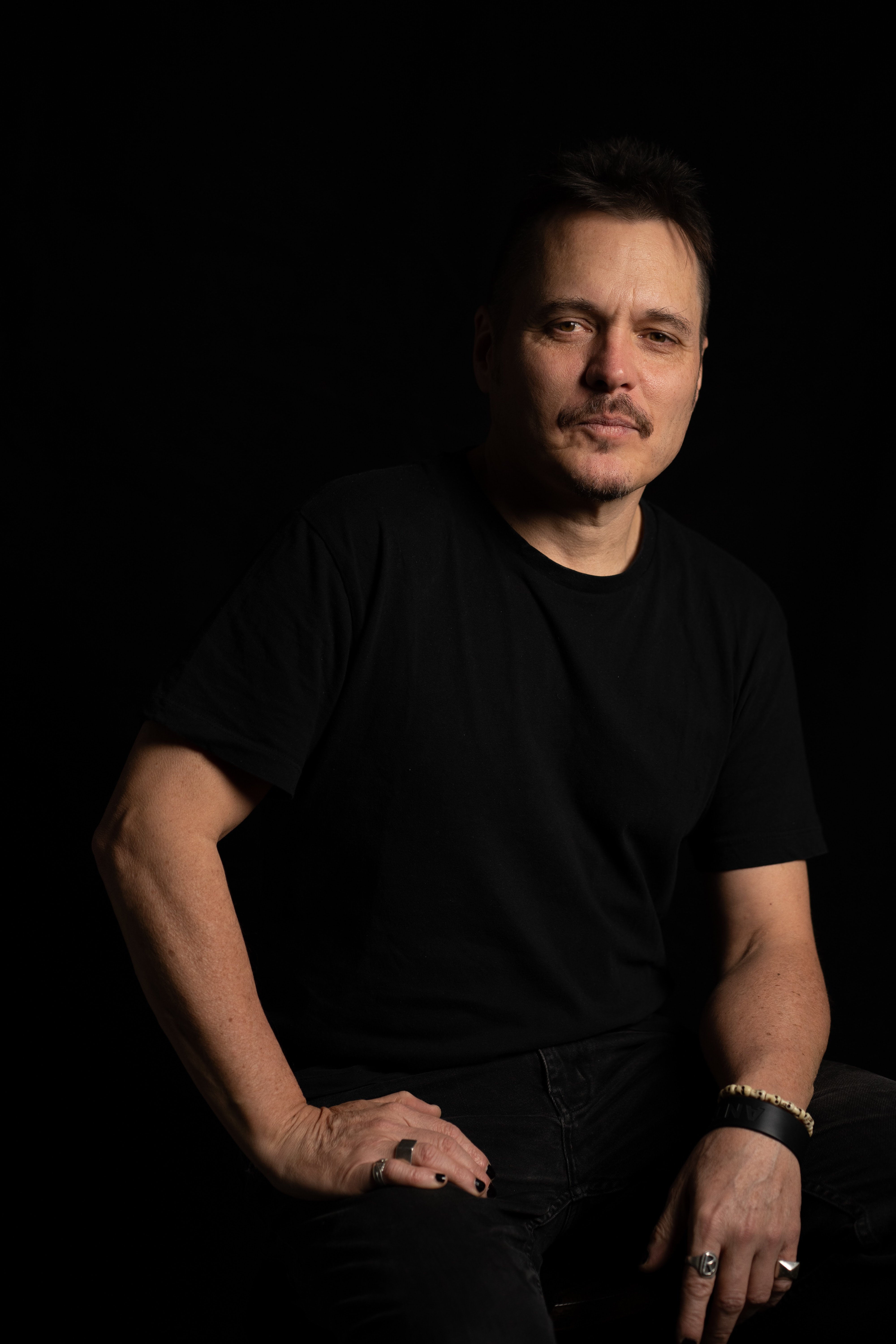 Trevor Dunn was born in 1968 behind the Redwood Curtain in The Emerald Triangle traversing a fine line between hippies and rednecks. He began to focus on the electric bass at age 13, and four years later co-founded the avant-rock band Mr. Bungle. Dunn has lived in Brooklyn, NY since 2000 and can be heard on over 150 recordings including a disc of original film music entitled Four Films (Tzadik), with his original rock band MadLove (Ipecac) as well as chamber music, Nocturnes (Tzadik), featuring a string quartet and solo piano music. Currently he plays sporadically in such bands as Endangered Blood, Dan Weiss’ Starebaby, SpermChurch (duo with Sannety) and various projects under the direction of John Zorn (Nova Quartet, Brian Marsella Trio, Asmodeus), and collaborates with Wendy Eisenberg, The Melvins, Kris Davis and Oliver Steidle, among others. A singer/songwriter recording is underway as well as more film music.

Pyroclastic Records
Pianist-composer Kris Davis founded Pyroclastic Records in 2016 to serve the release of her acclaimed recordings Duopoly, Octopus (with Craig Taborn) and Diatom Ribbons with the goal of growing the label into a thriving platform to serve cutting-edge artists. In 2019, Davis launched a nonprofit to support those artists whose expression flourishes beyond the commercial sphere. By supporting their creative efforts, Pyroclastic empowers emerging and established artists — including those on its 2022 roster: Tony Malaby, Ches Smith, Nate Wooley, Patricia Brennan and Trevor Dunn — to continue challenging conventional genre-labeling within their fields. Pyroclastic also seeks to galvanize and grow a creative community, providing opportunities, supporting diversity and expanding the audience for noncommercial art. Additionally, its albums often feature artwork by prominent visual artists—Julian Charriére, Dike Blair, Mimi Chakarova, Jim Campbell and Raymond Pettibon among recent examples.

The band celebrates the album with concerts:

• October 27 at Solar Myth in Philadelphia

• October 28 at National Sawdust in Brooklyn.