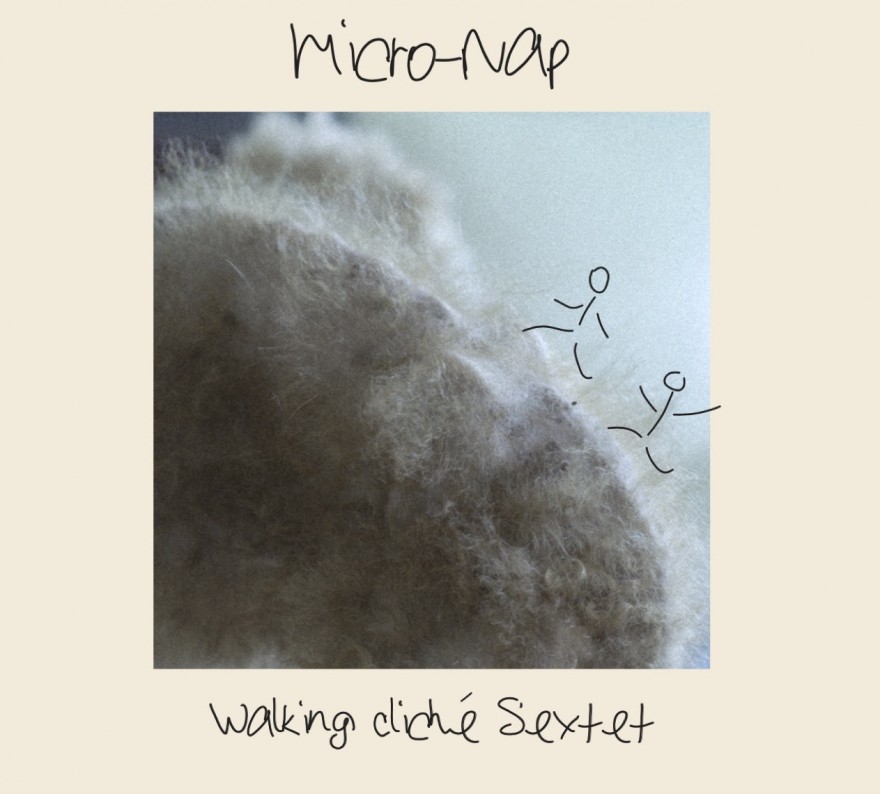 A micro-nap is a way to quickly recharge one’s batteries without slipping into a deeper state of slumber. It’s a restful moment somewhere in between waking and sleeping, consciousness and unconsciousness. Korean-born, New York-based composer and bassist SeaJun Kwon delights in such liminal spaces. On Micro-Nap, the second album by his exploratory Walking Cliché Sextet, Kwon and his deeply attuned ensemble navigate constantly changing compositions through a series of elusive, transient moments.

“A micro-nap,” Kwon explains, “is an example of non-linear and broken moments. Usually, these extremely short non-linear moments are dense, noisy, and full of energy… I wanted to expose the liminal space of each micro-ordered moment layered with others, and head towards macro-chaotic surprises. This album reflects my emotional frustrations, non-linearity, the transience of feelings, and the emptiness of noise – as well as my attraction to them.”

Micro Nap investigates these notions of miniscule changes to reflect the far more monumental transitions that have characterized Kwon’s life and career over the past decade. In a way, it serves as a farewell to his time in Boston, where he moved in 2016 to study at New England Conservatory. The Walking Cliché Sextet is made up of the bassist’s NEC classmates:  pianist Erez Dessel, drummer Charles Weller, alto saxophonist Aaron Dutton, tenor saxophonist Jacob Shulman, and trombonist and tuba player Michael Prentky all return from the band’s 2021 debut, Suite Chase Reflex. This time out the piano and drum chairs are shared with Jacob Hiser and Avery Logan respectively, one concrete instance of evolution over time.

The band itself, with its three-horn frontline, is another practical example. Kwon favors the sextet format, he says, because it exists on the boundary between a flexible small group and the intricate arrangements of a big band. “It’s kind of in the middle. In a quartet or a smaller format, we have a lot of freedom and the music can be more abstract. The sextet is still in the small ensemble zone, but it allows for a lot of orchestral options. You might need some arrangements to clean up the sound—or maybe not clean it up, intentionally. It’s fun in that way.”

Kwon is now based in New York City, while his compatriots in the sextet have scattered to various new locales, promising more changes to come either within the sextet or with new projects stemming from Kwon’s new environs. But the bassist’s presence in the States – and on the jazz scene – was a seismic shift that happened fairly rapidly. He first played an upright bass just eight months before enrolling at NEC. Prior to that Kwon had been living in Seoul, South Korea, studying computer science and machine learning and occasionally tinkering with an electric bass, but not actively pursuing a life in music. 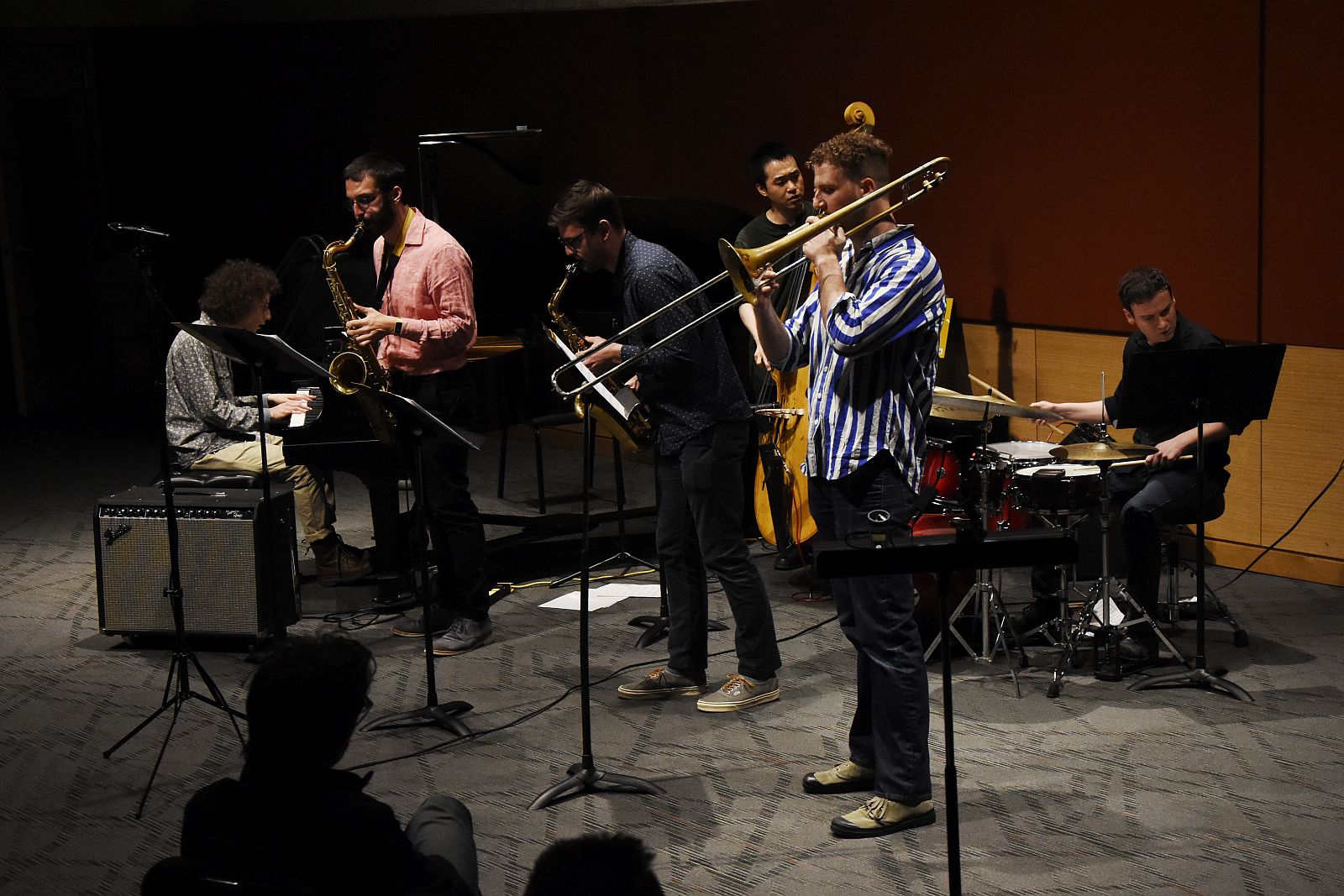 That all changed when he took his first acoustic bass lesson, almost on a whim. “I really liked listening to jazz, so I took a lesson. It wasn’t very serious. It became a little serious when I realized that I really liked learning it. I had no formal music education before that. From that point on I had to learn everything very fast. It was like every moment was a moment of change.”

That sensation is captured on “Transient,” the closing track on Micro-Nap and the first piece written for the new album. A professed adherent of avant-grade jazz and contemporary classical composers such as Anthony Braxton, Henry Threadgill, and György Ligeti, Kwon points out that “Transient” may be a more traditional piece than most – it has an almost ballad-like grace as opposed to the pointillist and abstract nature of much of the rest of the album – but there is a steadily accumulating tension that never settles into one place or feeling for too long.

The album is disconcerting from the first, with entrancing piano accompanied by unplaceable stomps and creaking noises on Dessel’s “Muad’Dib.” Prentky contributed the drone-oriented second piece, “Commune,” which explodes halfway through into strident unison horn lines punctuated by machine gun rhythms. The rest of the compositions are the bandleader’s own, from the jagged, angular title track to the chaotic “Anamorphosis No.1,” the meditative “Rumination” to the burly “Trio, Interlude,” no less raucous for the absence of the horn section.

While Kwon is processing a number of very serious ideas through this music, he chose the title Micro-Nap in keeping with the tongue-in-cheek name of the Walking Cliché Sextet. The inspiration for the sobriquet came from the 2002 Spike Jonze film Adaptation., in which Nicolas Cage’s character describes himself with the term during an opening monologue. “He’s ruminating in a loop of clichés,” Kwon describes. “And it was funny—I was emotionally attached to it while also feeling like he’s being too serious about small things when he calls himself a walking cliché. I think ‘walking cliché’ implies both that seriousness and the comedic aspect at the same time.”

Humor and drama, stasis and change, waking and sleep, home and away; Kwon and his music thrive at the juncture of these contradictory states. While he may be constantly on the move, there’s nothing cliché about the music that results. 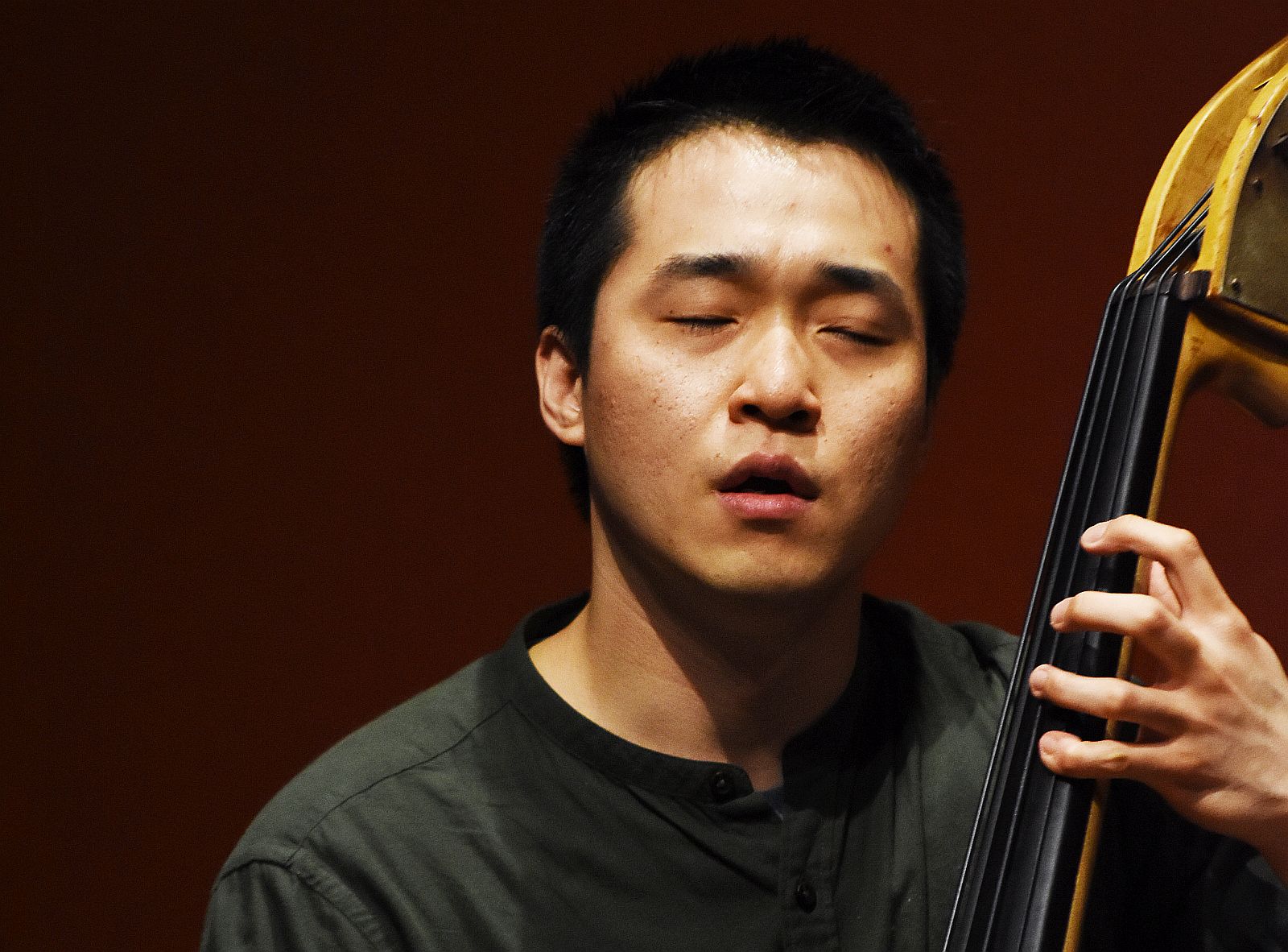 SeaJun Kwon is a composer and bassist who focuses on exploring boundaries. His music draws from the jazz and avant-garde music traditions of Anthony Braxton and Henry Threadgill as well as contemporary classical composers György Ligeti, Tristan Murail, and Morton Feldman. Born and raised in Seoul, South Korea, Kwon graduated from Boston’s New England Conservatory and is currently based in Brooklyn. He has been leading his group Walking Cliché Sextet since 2019. The ensemble released its debut album, Suite Chase Reflex, in 2021.