“When he sings, it is in no known language . . . and the melodies tend toward minimal simplicity, like Buddhist chants from an alien planet.” ― Jon Davis, Exposé

“Tamura shrewdly creates a sound world that, while completely his own, also hints at the mythological and musical folklore of Asian and European cultures.” ― Ken Waxman, Jazzweekly

On Iyaho, Natsuki Tamura’s latest album available exclusively on Bandcamp, the trumpeter-composer returns to the unaccompanied solo format for the sixth time in his career. This time, however, he adds a few new twists, focusing on his enigmatic vocalizing and recent interest in home-made percussion as well as his lyrical trumpet playing. Recording at his home studio, Tamura also overdubs voice, percussion, and trumpet into performances that are truly beyond category. “I never think about whether it is jazz or not,” Tamura says. “I just express the music that comes out of me.”

Voice has always been an adjunct to my work,” Tamura says. “So this time I decided to put the spotlight on the voice.” Like everything else about Tamura’s music, his vocals are utterly unique. He sings or chants nonsense syllables that resemble an unknown language. Sounding like ceremonial chants or folksongs at times, they are mysterious, sometimes whimsical and comic, and oddly moving. “Nonsense words come out very naturally to me,” Tamura says, “It’s easier than meaningful words!”

Tamura’s cryptic singing, juxtaposed with his jazz-inflected trumpet and his kitchen-implement percussion, transform a surreal combination of influences and sounds into an arresting sonic world. On “Sagahogenaga” Tamura intones the name of the title as if it were a religious incantation. The percussion that accompanies it adds an enigmatic dimension. His percussion arsenal, consisting of woks, pots and other cooking implements, create unfamiliar tones and timbres. Tamura isn’t a trained drummer, so he plays percussion with a talented amateur’s enthusiasm. The raw technique and unusual sounds resemble a kind of folk music from another world. On top of it all he adds the hushed beauty of his trumpet, playing simple melodies that straddle jazz and folk music. The results are enchanting, even charming, although a bit strange. “Mesahoji” is less ritualistic, more as if you are listening to an elder storyteller narrate an ancient legend. The vocals on “Karakara” resemble bird song and evokes the natural world.

One track each of solo percussion and solo trumpet round out the album. On “August Wok,” the kitchen-items percussion lend a dadaist touch to Tamura’s sly musical imagination. Stately phrases unfold, combine, and evolve in an organic progression, colored by the odd sonorities of the household appliances. “August Tp” features Tamura’s muted trumpet, and although it’s entirely instrumental, you can hear echoes of the human voice in grumbling low notes that resemble Tamura’s own singing.

Tamura will continue his ambitious plan to release a new album on Bandcamp every other month for the remainder of the year: 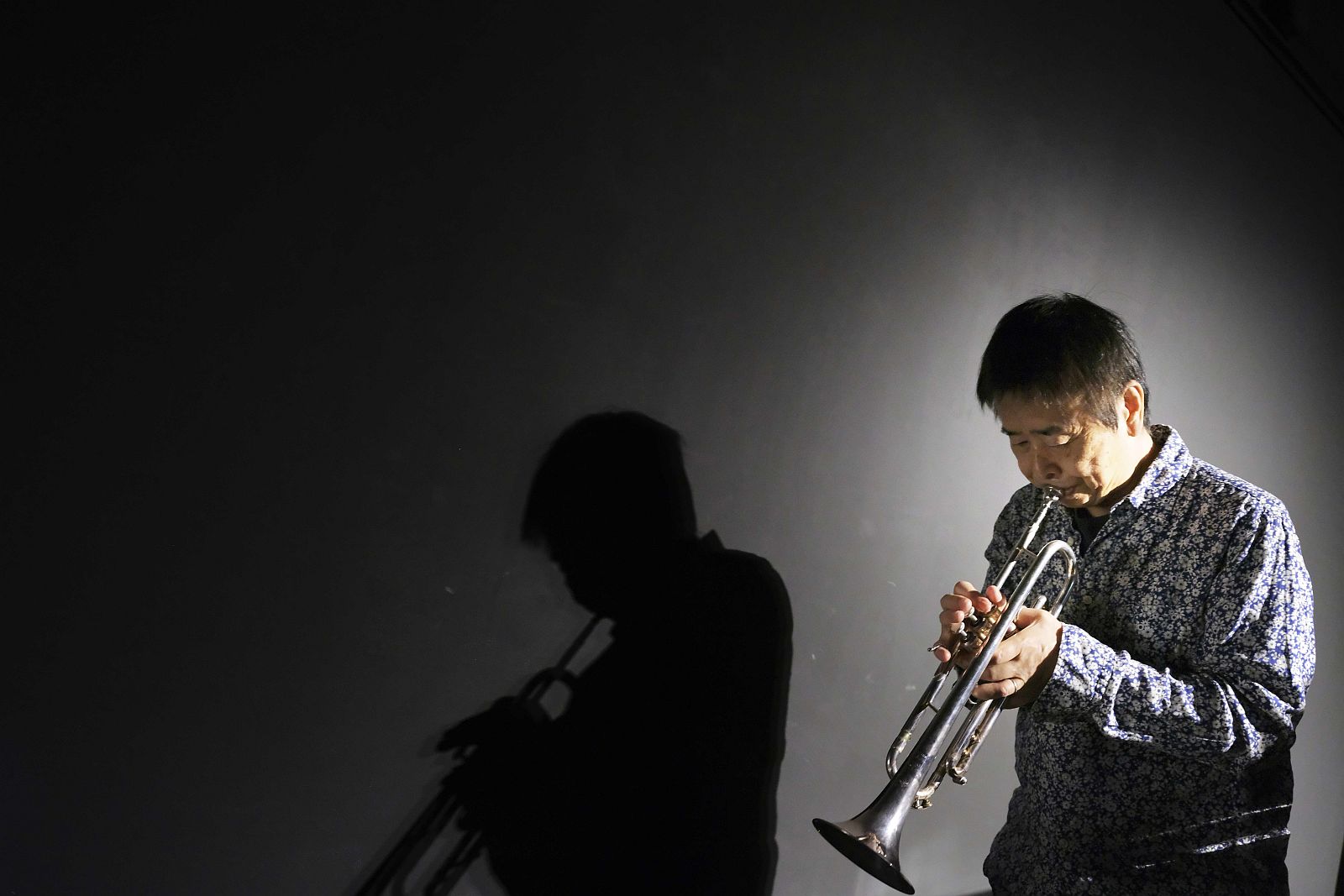 2003 was a breakout year for Tamura as a bandleader, with the release of Hada Hada (Libra), featuring his free jazz-avant rock quartet with Fujii on synthesizer. In 2005, he made a 180-degree turn with the debut of his all acoustic Gato Libre quartet, focusing on the intersection of European folk music and sound abstraction. Now a trio, their previous CD is Koneko (Libra), released in 2020. Writing in the New York City Jazz Record, Tyran Grillo said, “By turns mysterious and whimsical.”

In 1998, Tamura released the first of his unaccompanied trumpet albums, A Song for Jyaki (Leo Lab). He followed it up in 2003 with KoKoKoKe (Polystar/NatSat) and in 2021, he celebrated his 70th birthday with Koki Solo (Libra), which Karl Ackermann in All About Jazz described as “quirky fun in an age of uncertainty.” His latest solo album, Summer Tree, was a multilayered, overdubbed release that featured his piano and percussion work in addition to his trumpet.