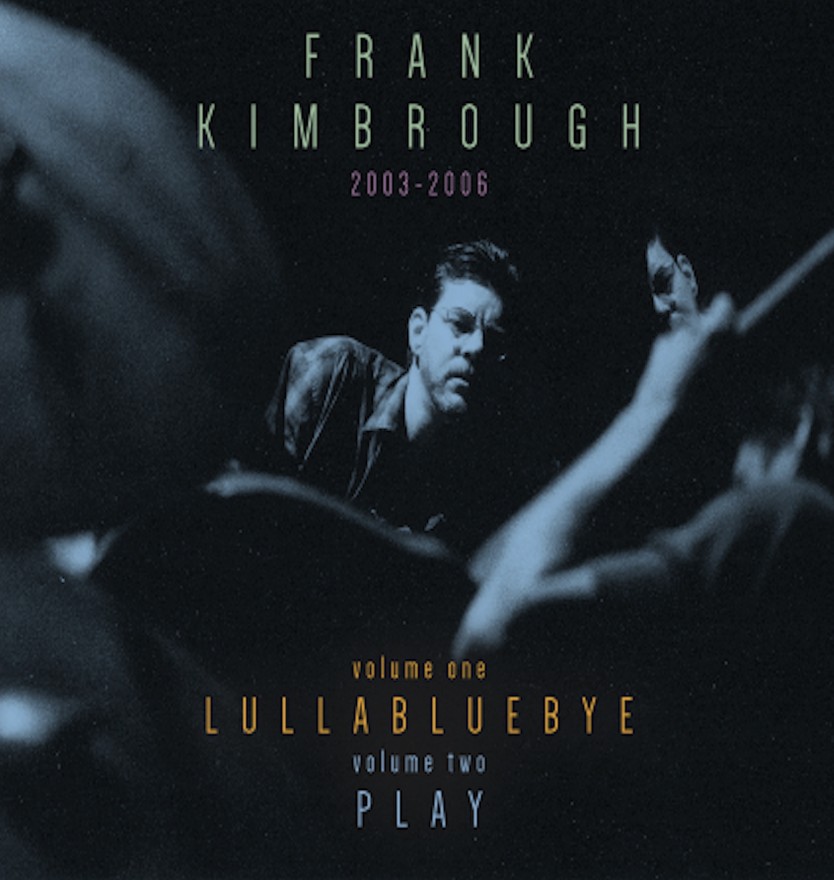 Palmetto Records celebrates the life and musicianship of the late pianist/composer Frank Kimbrough with a pair of gorgeous trio dates from a particularly fruitful period in his career. Frank Kimbrough 2003-2006 is out August 12, 2022 via CD and digital with LPs coming later this year. The set features newly mixed and remastered editions of the pianist’s 2003 Lullabluebye featuring Ben Allison and Matt Wilson with his 2006 follow-up Play featuring Masa Kamaguchi and Paul Motian.

“Frank Kimbrough [was] a pianist of unerring taste and touch, a composer drawn to flowing ethereality, and an improviser steeped in the art of epiphany.” – Nate Chinen, WBGO

“ [Kimbrough] was remarkably at ease in any style of jazz, turning on a dime from blocky and dissonant clusters to bebop workouts to ethereal subtleties. In all cases, his impeccable touch was balanced by a strong undercurrent of rhythm.” – Michael J. West, JazzTimes

The jazz world was shocked and profoundly saddened by the news that pianist Frank Kimbrough had passed away in December 2020 at just 64 years of age. Among the many mourning Kimbrough’s loss was producer and guitarist Matt Balitsaris, whose Palmetto Records label had released more than a half dozen albums by the pianist since the turn of the millennium. In honor of Kimbrough’s memory, Palmetto is now releasing Frank Kimbrough 2003-2006, which compiles a pair of gorgeous trio dates from a particularly fruitful period in his career.

Frank Kimbrough 2003-2006 brings together 2003’s Lullabluebye, featuring longtime collaborators Ben Allison (bass) and Matt Wilson (drums); and the 2005 follow-up, Play, boasting a new trio with the then relatively unknown bassist Masa Kamaguchi alongside legendary drummer Paul Motian. Both have been newly mixed and remastered, allowing Balitsaris to focus the music more on the interplay within the two trios rather than the original, more piano-focused mixes. “Because of the technology I had back in 2003, I was pretty conservative with the mix,” he explains. “It didn’t show the extent of the interaction that was going on throughout every single tune.”

The two albums are brilliant showcases for not only Kimbrough’s deft and subtle pianism, but also his witty and memorable compositions. As Maria Schneider writes in her liner notes, “Every song is a perfect gem — superb writing, beautiful motivic development, utterly captivating improvisation… It’s a joy to listen to each of these recordings made in a period of Frank’s playing and writing that I so love.”

Kimbrough was probably best known for his more than 25-year tenure in the Maria Schneider Orchestra, but he was a revered player and educator in a number of diverse contexts. His radiant, tender but pointed style blended influences from Bill Evans, Thelonious Monk and Herbie Nichols, inflected by the singular voices of his mentors, Paul Bley and Andrew Hill. Shortly after arriving in New York City in the early 1990s, Kimbrough and Ben Allison co-founded the Jazz Composers Collective, a tight-knit group of like-minded artists who recorded together in various contexts. That included the Herbie Nichols Project, which brought Kimbrough to Palmetto for the first time to record the 2001 album Strange City.

It was during that session, Balitsaris recalls in his liner notes, that he determined to record Kimbrough in a trio context. “The song ‘Karna Kangi’ was a trio of Frank, Ben Allison and Matt Wilson,” he recalls, “and it was so loose and funky and swinging that it immediately became imperative to record that trio!”

It took a couple of years to reconvene the three in-demand musicians, but in April 2003 they gathered at Maggie’s Farm, Balitsaris’ studio in rural Pennsylvania, to record what would become Lullabluebye. “The session was a leisurely affair,” Balitsaris describes, “as was always the case with those cats. They are the kind of friends who provide punch lines to each other’s jokes, their musical rapport evident in every phrase they play. You can hear their delight throughout.”

That’s true from the off-kilter swagger of the title track, a simple 22-bar blues, through the elegant tribute to Andrew Hill, “Ode,” down to the dark-tinged, crystalline album closer, “Eventualities.” While the majority of the tunes come from the leader’s pen, Allison contributed the breezy “Ben’s Tune” while “You Only Live Twice” is John Barry’s theme song to the 1967 James Bond film, here rendered as a buoyant, bossa-tinged ballad.

For his follow-up, Kimbrough wanted to try something different. He’d been working with the up-and-coming Kamaguchi quite a bit in the lead-up to the date (as he would for the ensuing years), and wanted to pair the bassist with Motian’s iconic sound. It’s a testament to Kimbrough’s gifts that the drummer was convinced to make a rare excursion outside of New York for the session. As Balitsaris writes, “The result is a probing conversation between some of the most distinctive musicians to ever play their respective instruments.”

The album is bookended by two renditions of Kimbrough’s ballad “Beginning,” the first highlighted by Motian’s floating, cloud-like rhythmic nuance, the second a delicate duet between Kimbrough and Kamaguchi. Motian contributes both the gentle title track and the elusive “Conception Vessel,” from his 1973 ECM release of the same name. The rest of the tunes, from the dizzying waltz “The Spins” (dedicated to Steve Lacy) to the knockabout “Little Big Man,” are Kimbrough’s, each ideally suited to this remarkable trio.

Schneider singles out the atmospheric “Waiting in Santander,” saying, “This is music that transcends being music.  It reminds me of the pure joy and gratitude that so many of us felt every time we got to make music with Frank.”

Kimbrough’s writing and his openness to the individuality of his fellow musicians – both aspects that shine through luminously on these two albums – exemplified the pianist’s spirit, according to Balitsaris. “His compositions are complex yet flexible, designed to give the musicians choices in how to approach them, rather than dictating how they were to play…. That is what I remember most about Frank and his music: His generosity, his ability to put other musicians in a position to sound their best, and his willingness to say or play exactly what was needed (and nothing more) in the moment.” 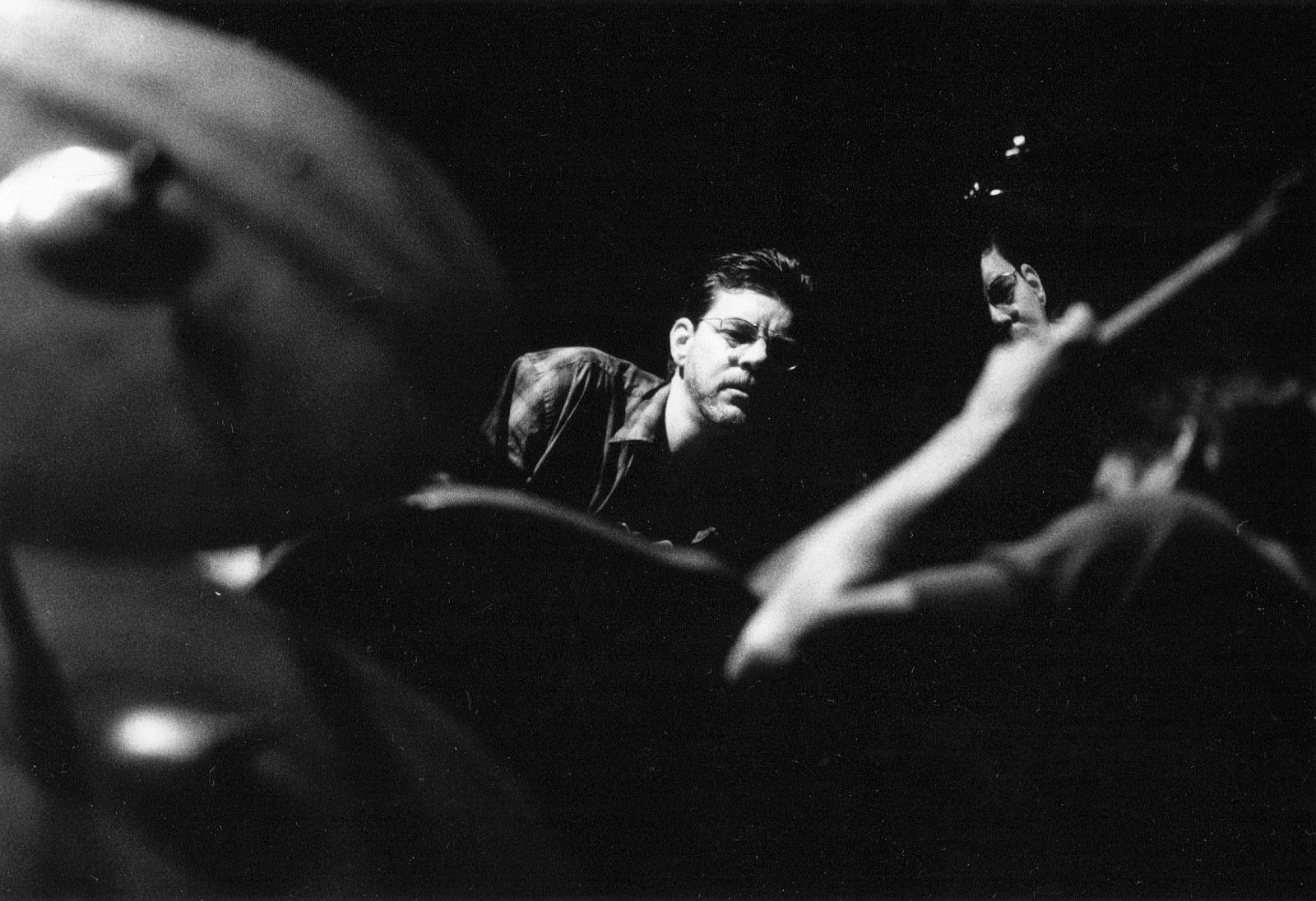 Pianist, composer, and educator Frank Kimbrough was a revered presence on the New York jazz scene for nearly 35 years prior to his untimely death in December 2020. He appeared on more than 20 albums as a leader or co-leader, and 70 more as a sideman. He won the Great American Jazz Piano Competition in 1985. His work as a pianist and composer received funding from the National Endowment for the Arts, the Aaron Copland Foundation, and Chamber Music America’s Doris Duke Jazz Ensembles Project. His album Quartet was released in 2014. Kimbrough was a founding member and composer-in-residence of the Jazz Composers Collective (1992–2005). He toured and recorded with the Maria Schneider Orchestra from 1993 until his passing, and appeared on her triple Grammy-winning album Winter Morning Walks with Dawn Upshaw and the Australian Chamber Orchestra, and on her collaboration with David Bowie as well as her acclaimed album The Thompson Fields. Kimbrough also worked with jazz legends Dewey Redman, Paul Motian, Paul Bley, and Lee Konitz.