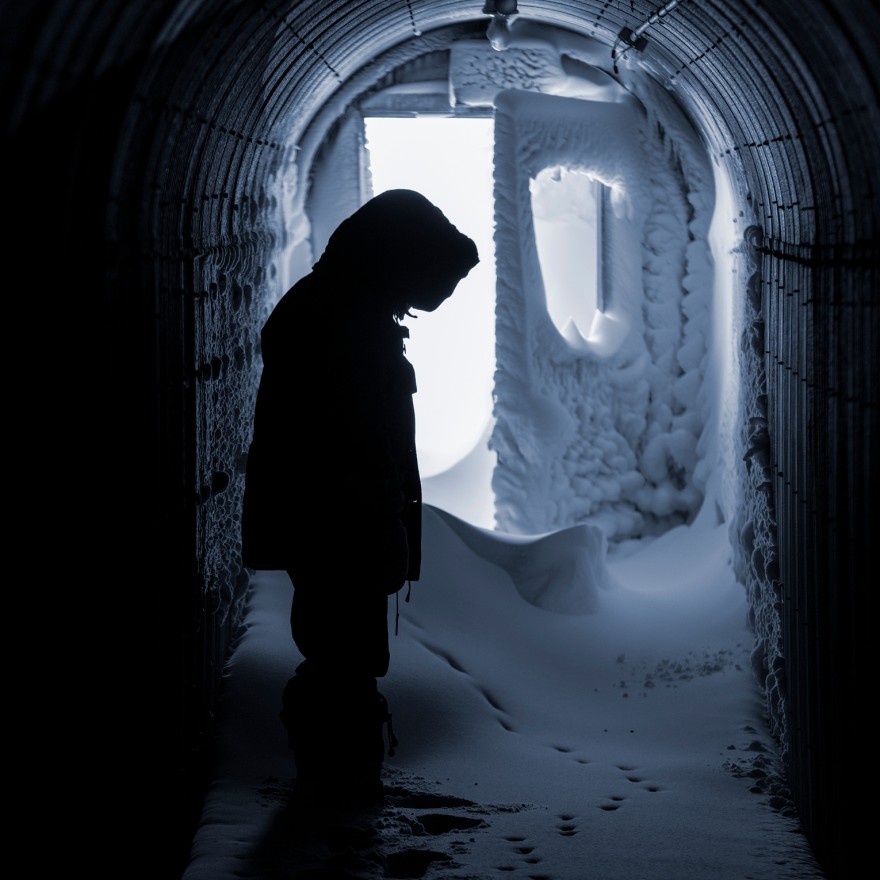 With the self-titled 2019 debut of his remarkable quartet Columbia Icefield, trumpeter/composer Nate Wooley traced the Columbia River from his Oregon hometown to its glacial headwaters, sonically reckoning with the awe-inspiring beauty of the immense icefield. The band’s breathtaking follow-up, Ancient Songs of Burlap Heroes, essentially brings the project full circle, a thematic homecoming that contrasts the intimacy of one’s roots with the vastness of the wider world.  An Ancient Songs of Burlap Heroes finds Wooley reconvening with guitarist Mary Halvorson, pedal steel guitarist Susan Alcorn, and drummer Ryan Sawyer, whose distinctive voices contribute to Wooley’s sweeping vision. The album also includes contributions from violist Mat Maneri and electric bassist Trevor Dunn. The album unfolds as a captivating hour-long narrative of the monolithic intensity, hushed atmospherics, and gravitational force of a shifting glacier.

Columbia Icefield was initially conceived, Wooley explains, as a reimagined take on a jazz group, though the end result became something much more expansive. “I had been having trouble thinking of myself as a jazz musician,” the trumpeter says. “So I decided to write some music for a new kind of jazz group. But after recording the music and playing it live, I realized that it’s closer to folk music.”

When Wooley speaks of folk music, he’s pointing to a storytelling tradition that expresses the tales and collective ethos of a people. And Ancient Songs expresses the ethos of the title’s “burlap heroes.” As Wooley writes in the recording’s dedication:

This album is dedicated to those who recognize living as a heroic act: the occupiers of sunup barstools; the cubicle-planted; the ghosts of Greyhounds; the reasonably sketchy. A burlap hero is one who marches—consciously or not—back to the sea in hopes of making no splash, who understands and embraces the imperfection of being, and in that way, stretches the definition of sainthood to fit.

These concepts steered Wooley back to his hometown of Clatskanie, Oregon, with all of the conflicted emotions that one inevitably brings to seeing familiar sights through changed eyes. Where the group’s first recording dealt with leaving humble roots and being confronted with the monumental scale of the natural environment, Wooley says, “Ancient Songs feels like a long story told in front of a huge mountain—or in a forest of sequoias—alternating with intimate moments that feel like the trumpet is right against your ear.” 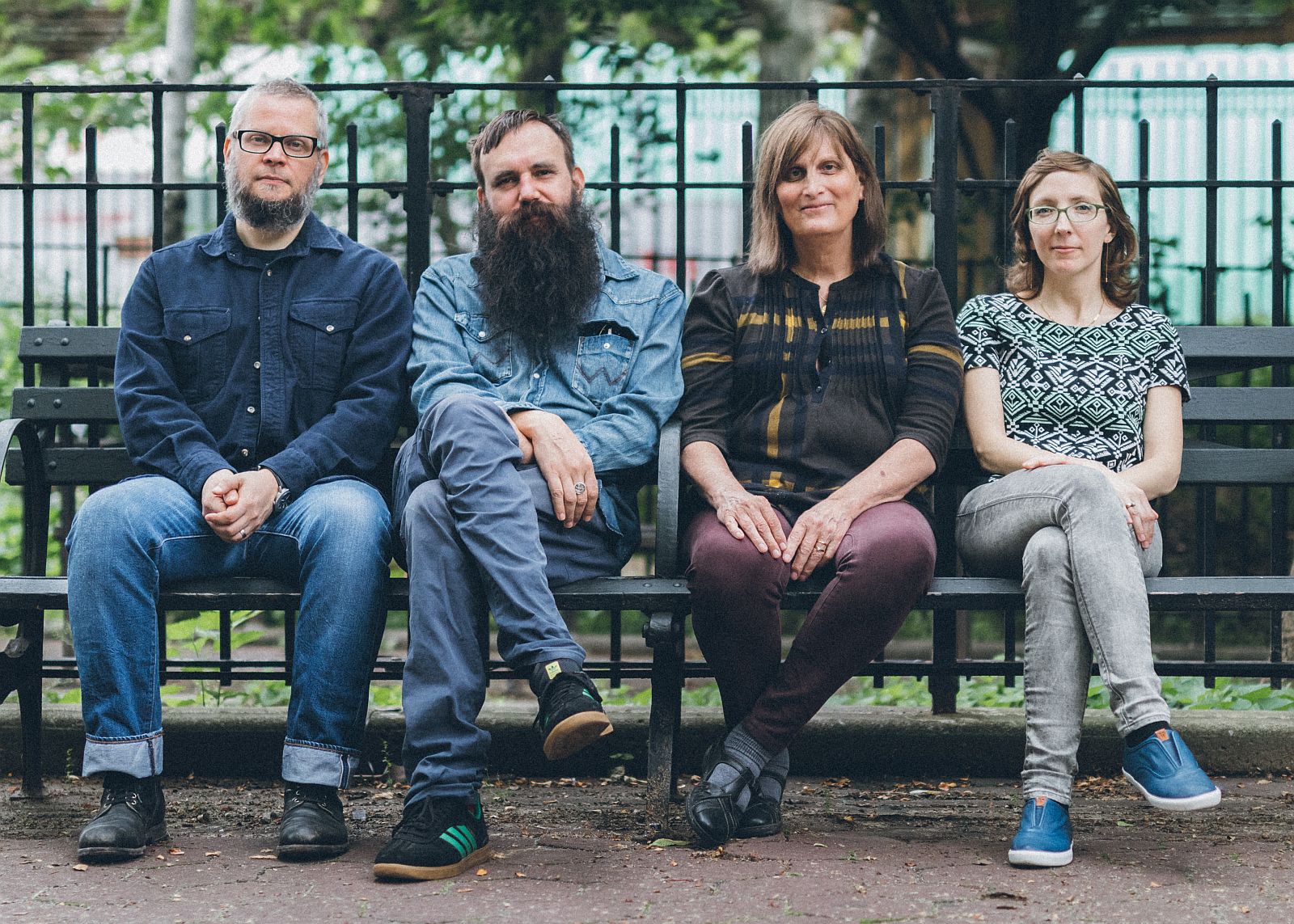 Though it unspools as an uninterrupted, mesmerizing hour-long experience, Ancient Songs is divided into three poetically titled large-scale compositions. “I Am the Sea That Sings of Dust” depicts the struggle between the natural world and human expression, with waves of crushing sound threatening to drown out the initially gentle and airy playing. The music gradually accrues into a tempestuous whorl, then calms into soaring beauty, pairing Wooley’s trumpet and Maneri’s viola. “A Catastrophic Legend” was penned as a love letter to Wooley’s mentor, Ron Miles, with whom he’d previously recorded the 2016 album Argonautica. The piece, which includes Dunn’s elastic bass playing, was conceived long before Miles’ passing in March and now stands as an elegy to a lost friend. The stirring “Returning To Drown Myself, Finally” is based on a Swedish dalakoral, or religious song, called “Nu är midsommar natt,” an even more explicit reference to folk tradition. These larger pieces are set off by four rapturous ambient sections named by ellipses of increasing length, which incorporate field recordings Wooley captured in the fishing village of Machiasport, Maine and add to a distinct sense of place and environment that bolsters the imaginary landscapes conjured by the music itself. 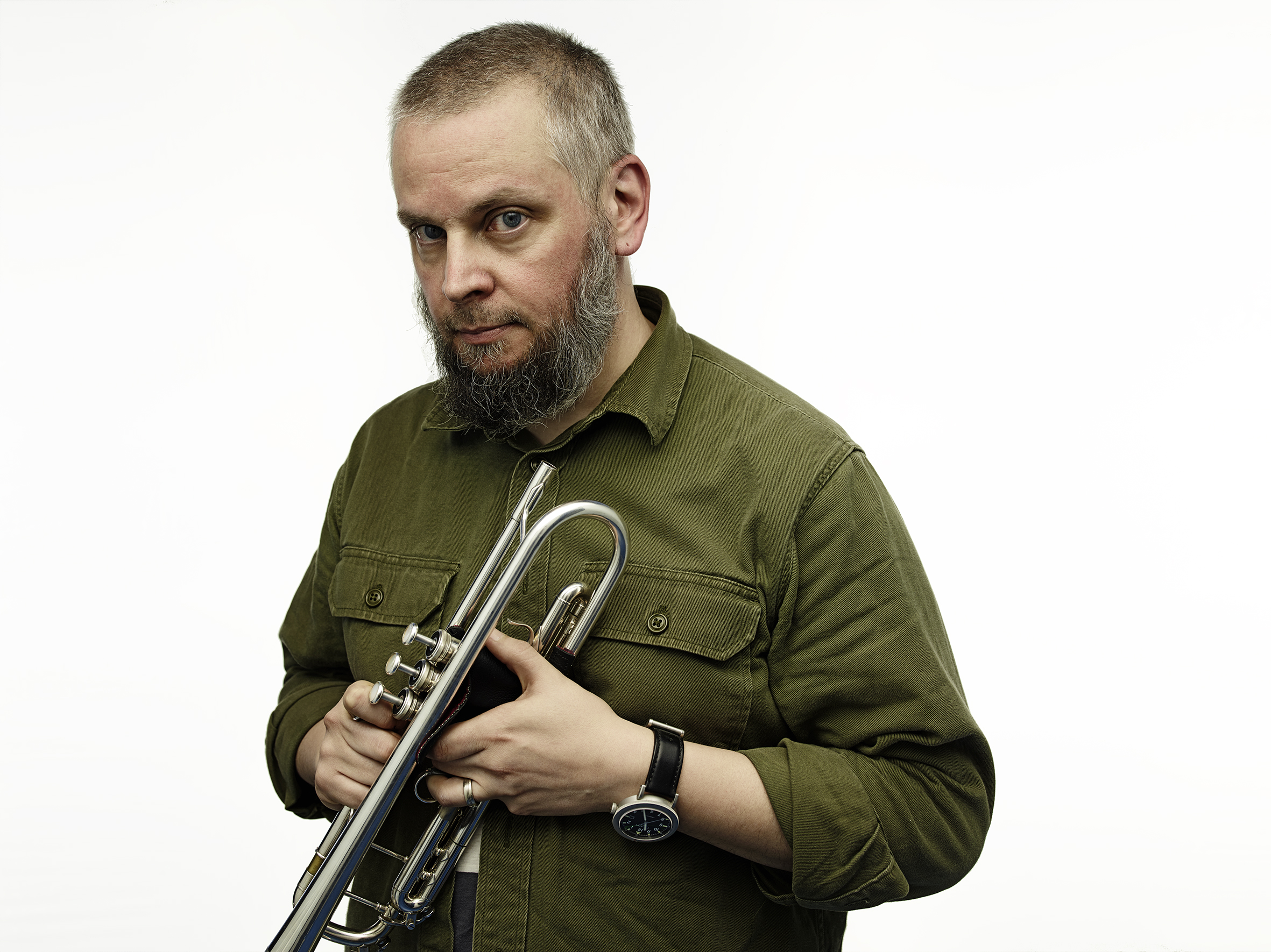 Nate Wooley has often been cited as part of an international revolution in improvised trumpet; his combination of vocalization, extreme extended technique, noise and drone aesthetics, amplification and feedback, and compositional rigor has led one reviewer to call his solo recordings “exquisitely hostile.” He has performed regularly with such icons as John Zorn, Anthony Braxton, Eliane Radigue, Ken Vandermark, Fred Frith, Evan Parker, and Yoshi Wada, as well as being a collaborator with some of the brightest lights of his generation, including Chris Corsano, C. Spencer Yeh, Peter Evans, and Mary Halvorson. In addition to Columbia Icefield, he also leads the ever-growing Seven Storey Mountain, an ecstatic song cycle for large ensemble; and Mutual Aid Music, a set of eight ensemble concertos in service of “anarchistic utopia.” He is the curator of the Database of Recorded American Music and editor-in-chief of their online quarterly journal Sound American, and runs the experimental music label Pleasure of the Text.

Pianist-composer Kris Davis founded Pyroclastic Records in 2016 to serve the release of her acclaimed recordings Duopoly, Octopus (with Craig Taborn) and Diatom Ribbons with the goal of growing the label into a thriving platform to serve cutting-edge artists. In 2019, Davis launched a nonprofit to support those artists whose expression flourishes beyond the commercial sphere. By supporting their creative efforts, Pyroclastic empowers emerging and established artists — including those on its 2022 roster: Tony Malaby, Ches Smith, Nate Wooley, Kris Davis and Trevor Dunn — to continue challenging conventional genre-labeling within their fields. Pyroclastic also seeks to galvanize and grow a creative community, providing opportunities, supporting diversity and expanding the audience for noncommercial art. Additionally, its albums often feature artwork by prominent visual artists—Julian Charriére, Dike Blair, Mimi Chakarova, Jim Campbell and Raymond Pettibon among recent examples.