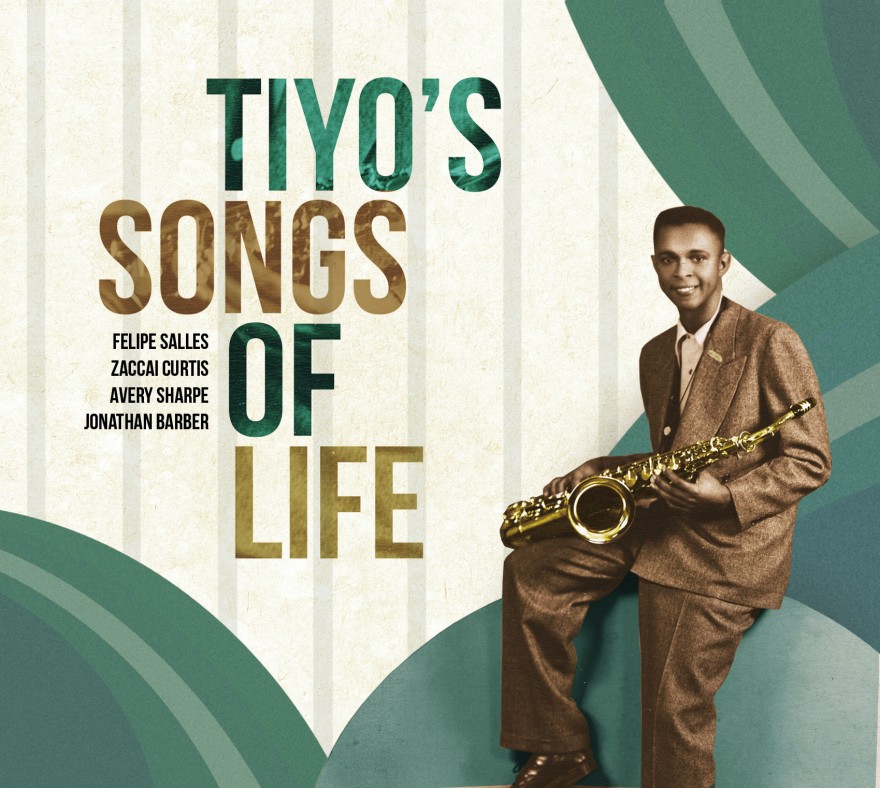 “Felipe Salles blends the visceral and the cerebral… infusing classical modernist strains with the buoyant rhythms of his Brazilian homeland.”
– Carlo Wolff, JazzTimes

“ [Salles has] gravitas as an authentic, original voice… an artist who presents the full gamut of musical possibility.” – Jay Deshpande, All About Jazz

Freedom is a vital element at the heart of all great jazz. It’s all the more central to the music of the late saxophonist Tiyo Attallah Salah-El, who managed to become a prolific composer, author, and activist while serving a life sentence without the possibility of parole in a Pennsylvania prison for nearly 50 years prior to his passing in 2018. Thanks to the untiring efforts of prison abolitionist Lois Ahrens, who championed Salah-El’s work for nearly two decades, his music can now be heard via exhilarating new arrangements and performances by saxophonist Felipe Salles and an all-star quartet.

Recording collects pieces that Salah-El composed while incarcerated, vividly capturing a spirit unfettered by a lifetime behind bars. Ahrens, founder of the Real Cost of Prisons Project, had sent fifty blank sheets of music paper to Salah-El in 2005, which the saxophonist filled with music within a few months. Ahrens strove for 17 years to find performers who could do justice to this prolific imagination, finally connecting with Salles. The saxophonist assembled a brilliant ensemble to breathe life into Salah-El’s work.

Salles’ involvement in the project is a way not just to explore Salah-El’s music, he explains, but also to raise awareness of the complex issues involved in mass incarceration – in the United States, in Salles’ native Brazil, and around the world. That mission aligns Tiyo’s Songs of Life with Salles’ other recent politically focused work, particularly his acclaimed project The New Immigration Experience, which took on the urgent topic of immigration via his wide-ranging big band, The Interconnections Ensemble.

“When Lois contacted me out of the blue,” Salles recalls, “what interested me was the opportunity to make a musical connection to things that I actually cared about that were not necessarily musical. We refer to incarceration as a ‘correctional system’ but it’s really just a punishment system, one that doesn’t treat people with dignity. That’s not unique to the U.S., it happens in many countries including Brazil. The system is so distorted that it becomes very difficult for anybody to succeed in being reformed. So prison just becomes a place where people rot and get worse and worse.”

Salah-El was born David Riley Jones in West Chester, Pennsylvania in 1932. After serving as a tank operator in the Korean War and being awarded a Purple Heart for wounds sustained in battle, Salah-El returned home to work in his father’s plumbing business while moonlighting as a tenor saxophonist in R&B clubs. He also became involved in the less savory aspects of the nightlife, leading to a series of run-ins with the law and his eventual life sentence.

The music on Tiyo’s Songs of Life harken back to Salah-El’s heyday on the music scene, blending passionate blues, vigorous hard bop and tender ballads. In his arrangements, Salles sought to honor the composer’s original intent while giving the music a more modern twist. In some cases he fused two of Salah-El’s pieces into a new hybrid composition, especially when the tunes’ themes or subjects were connected. “Blues for Pablo – Blues for Professor Zinn” is a prime example, joining two blues numbers named for politically active supporters (agent Paul Alan Smith, editor of Pen Pal, a collection of Salah-El’s correspondence; and A People’s History of the United States author Howard Zinn).

In assembling the quartet for the session, Salles sought out musicians who shared the roots evident in Salah-El’s music while each having a strong, contemporary voice; he also enlisted players whose own work was outspoken on social justice issues. “Some musicians don’t want to be involved in that kind of thing,” Salles says. “They want to stay neutral in that conversation. But I thought that this project needed people who are not afraid of talking about the issues as well as playing the music.”

Most importantly, Salles wanted to honor the spirit of Salah-El’s music and the life he made for himself while in prison – not only composing dozens of songs but also earning his Bachelor’s and Master’s degrees and founding the Coalition for the Abolition of Prisons. “I think these tunes reveal a beautiful soul,” Salles says. “Tiyo never let the horrible situation he was in crush his soul. Despite everything, his music shows a deep love for people. I feel a real responsibility to him. This is something that life just dropped into my lap, and I’m grateful to have that musical gift given to me.”

Tiyo’s Songs of Life is made possible by generous grants from the Garner-Glaser Foundation and the Markham Nathan Fund for Social Justice. 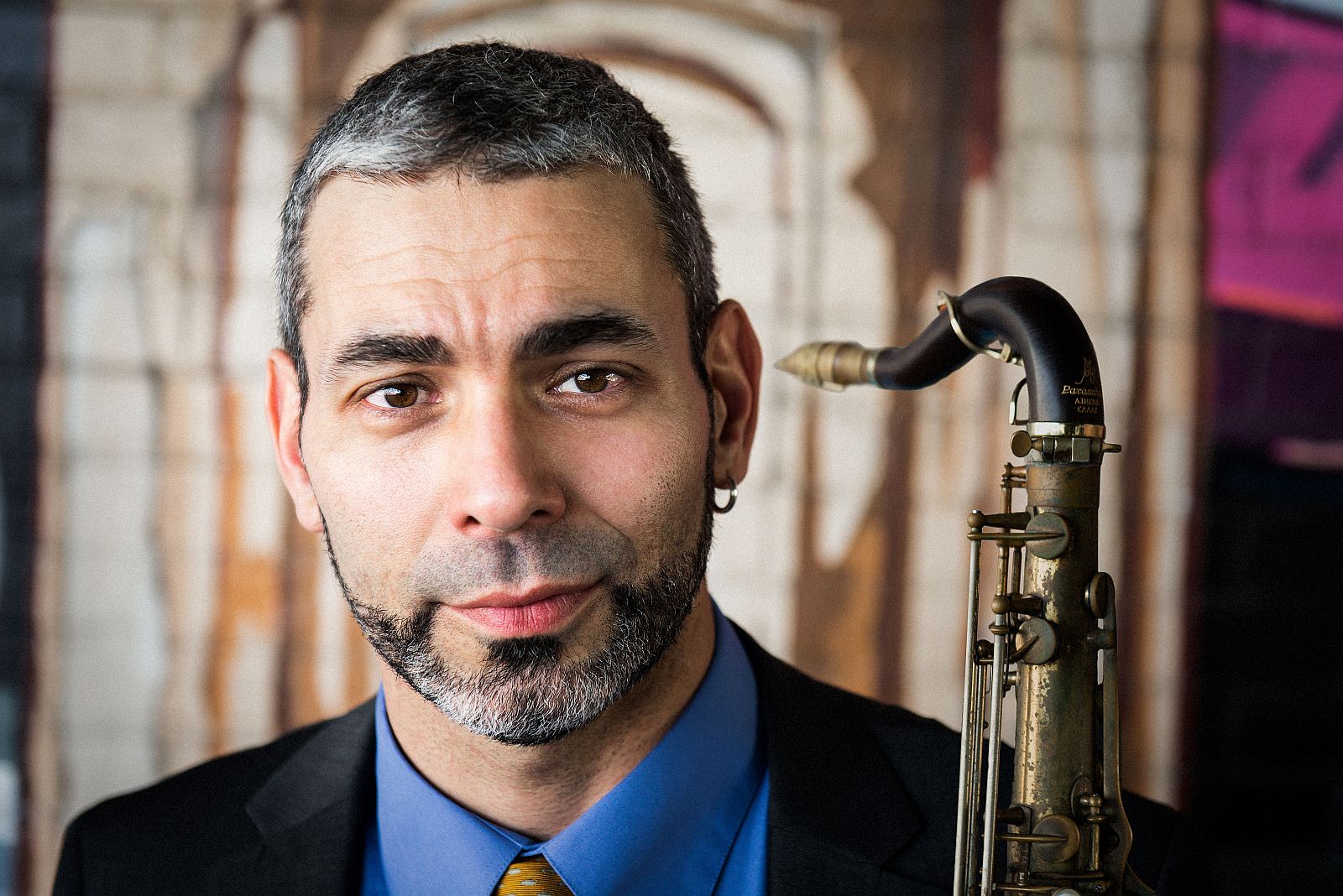 Felipe Salles
A native of São Paulo, Brazil, Felipe Salles is a Professor of Jazz and African-American Music Studies at the University of Massachusetts Amherst, where he has taught since 2010. An active musician in the U.S. since 1995, he has worked and recorded with prominent jazz artists including Randy Brecker, David Liebman, Lionel Loueke, Jerry Bergonzi, Chico Pinheiro, Jovino Santos Neto, Oscar Stagnaro, Duduka Da Fonseca, Maucha Adnet, Tony Lujan, Luciana Souza, and Bob Moses. He has released eight critically acclaimed recordings as a leader, most recently the ambitious CD/DVD set The New Immigrant Experience, featuring his Interconnections Ensemble big band, which earned a 4 1/2 star review from DownBeat and made the magazine’s list of best albums of 2020. Salles is a 2018 Guggenheim Foundation Composition Fellow, a 2021 South Arts Jazz Road Creative Residency Grant Fellowship recipient, a 2015 NALAC Fund for the Arts Grant winner, a 2009-2010 winner of the French American Jazz Exchange Grant, and a 2005-2006 winner of the Chamber Music America New Works: Creation and Presentation Grant Program, grants sponsored by The Doris Duke Charitable Foundation. His arrangements and compositions have been performed by some of the top groups in the world including The Metropole Orchestra, UMO Helsinki Jazz Orchestra, Cayuga Chamber Orchestra, Helsinki Philharmonic Violas, Meta4 String Quartet, Manhattan School of Music Jazz Orchestra, Manhattan School of Music Jazz Philharmonic Orchestra, New England Conservatory Jazz Orchestra, and New England Conservatory Wind Ensemble, among others.