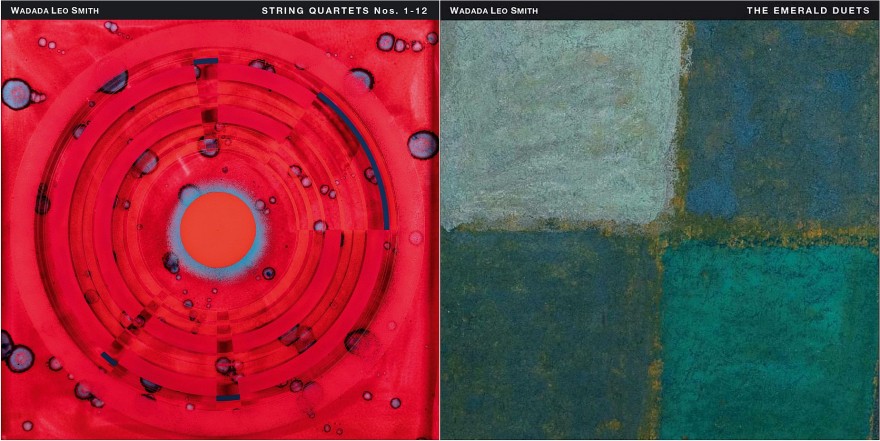 As part of the conclusion of its celebration of the 80th Anniversary of Wadada Leo Smith, TUM Records brings out the most extensive release of Smith’s recorded output to date, String Quartets Nos. 1-12. It is a seven-CD boxed set recorded by RedKoral Quartet and special guests comprising the first 12 of Smith’s string quartets and  The Emerald Duets is a five-CD boxed set that includes Smith’s collaborations with four leading drummers of our time, Pheeroan akLaff, Andrew Cyrille, Han Bennink and Jack DeJohnette

In May 2021, TUM Records commenced the celebration of composer, trumpeter, artist and educator Wadada Leo Smith’s 80th Anniversary year with the release of two groundbreaking three-CD boxed sets, Trumpet and Sacred Ceremonies. On November 19, 2021, these were followed by the release of another pair of exceptional releases: The Chicago Symphonies, a magnificent four-disc collection of extended compositions by Smith for his Great Lakes Quartet with Henry Threadgill, John Lindberg and Jack DeJohnette, and A Love Sonnet For Billie Holiday that brought together
for the frst time three creative giants, Wadada Leo Smith, Jack DeJohnette and Vijay Iyer

Below you will find a bit about each project:

Smith began work on his frst string quartet in 1965 and since that time has both composed string quartets and featured strings on a number of his other major works, including Ten Freedom Summers in 2011, Occupy The World in 2012 (TUM CD 037-2) and Rosa Parks: Pure Love in 2016/17 (TUM CD 057). String Quartets Nos. 1-12 represents a magnificent addition not only to Smith’s own recorded output but also to the literature for modern string quartet music more broadly. The string quartets were recorded by RedKoral Quartet, including violinists Shalini Vijayan and Mona Tian, violist Andrew McIntosh and cellist Ashley Walters. This quartet was brought together by Smith during his tenure at CalArts and was featured on the recording Ten Freedom Summers more than a decade ago and again on Rosa Parks: Pure Love as well as in numerous live performances of Smith’s string quartets and other works over the past decade. 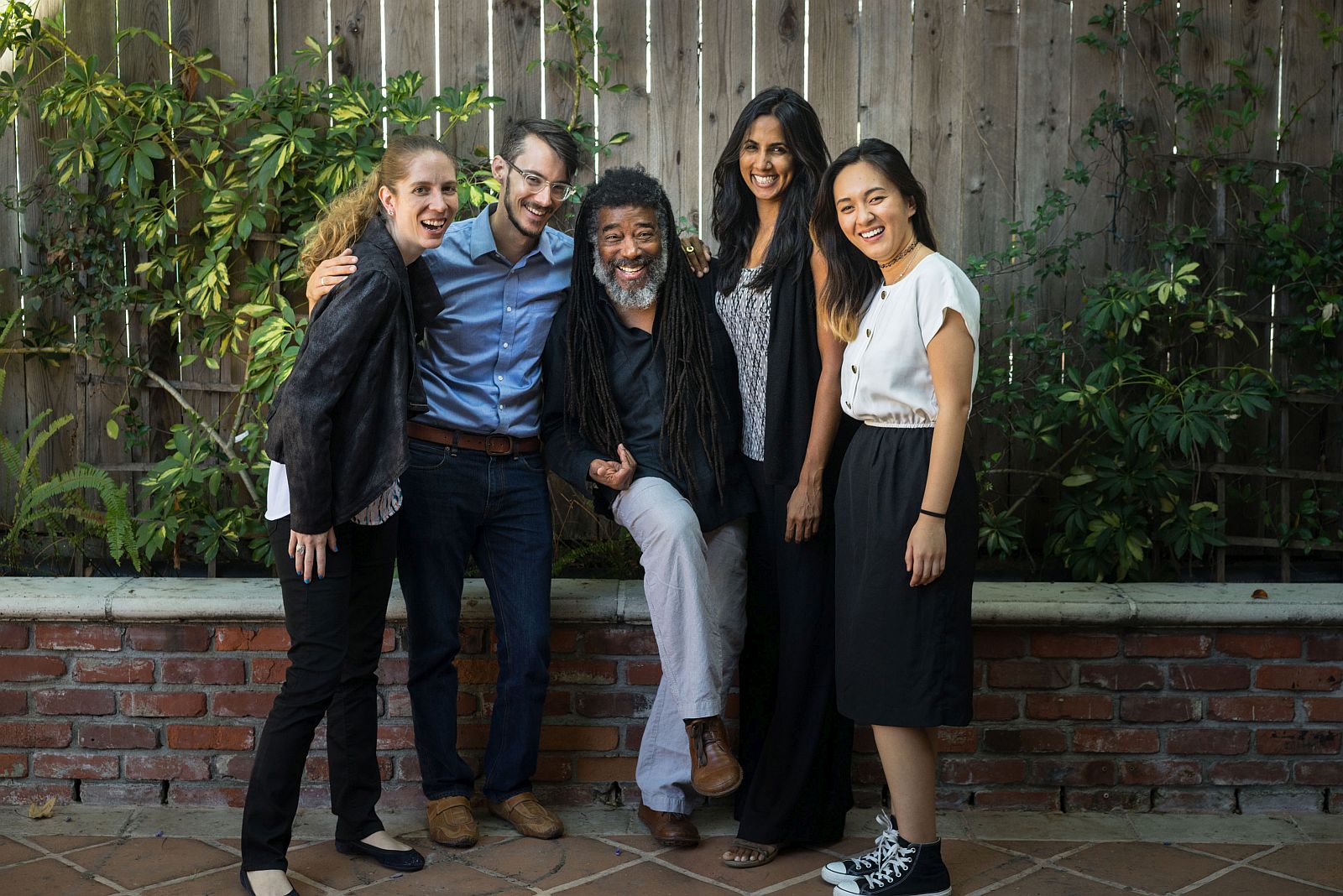 “The string quartet form and my ensembles have been major vehicles through which I have experimented with musical composition and philosophical ideas about performance and score,” writes Wadada Leo Smith in his liner notes. “The ensemble as a unit required developing a language with the opportunity to apply research and dreaming-practice to reshape the terms in each new work I envisioned. My aspiration was to create a body of music that is expressive and that also explores the African-American experience in the United States of America. My music is not a historical account. I intend that my inspiration seeks a physiological and cultural reality.”

“When RedKoral Quartet takes the stage, they are focused and extremely prepared and informed about the music that they are going to play,” Smith writes. “Their exploration of the score(s) in a performance is precise with clear interpretation and expression. It is a moment to witness and be a part of, a shared musical experience that is beautiful, unpredictable, fresh and cleansing.” 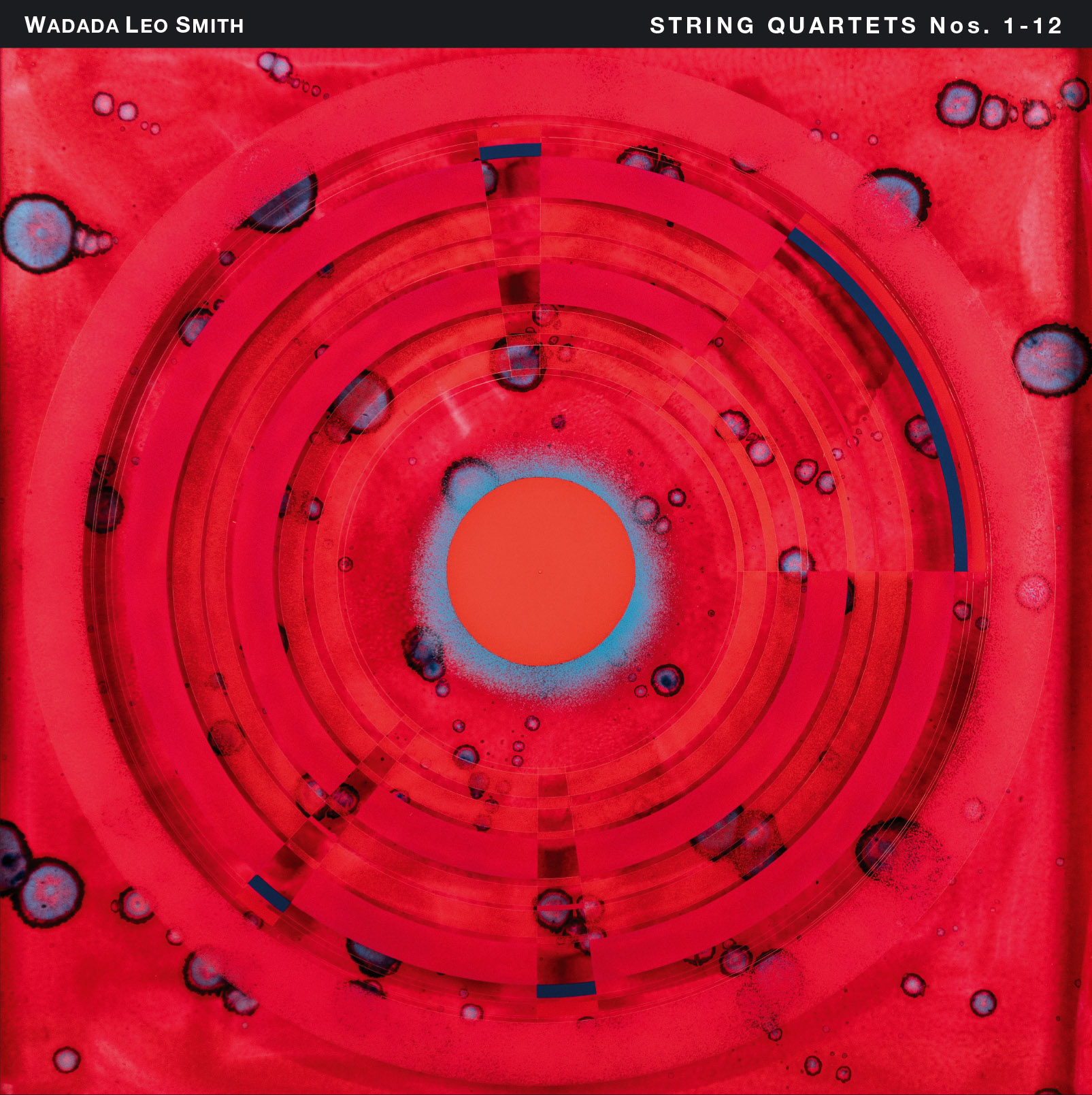 The Emerald Duets is a five-CD boxed set that includes Smith’s collaborations with four leading drummers of our time, who have, each in their own unique fashion, contributed to the way modern drumming has developed over the past six decades and how it is now perceived. Pheeroan akLaff, Andrew Cyrille, Han Bennink and Jack DeJohnette. This set represents a crowning achievement among Wadada Leo Smith’s already legendary series of duo recordings with some of the greatest drummers in the history of creative music (Ed Blackwell, Jack DeJohnette, Milford Graves, Louis Moholo-Moholo, Adam Rudolph and Günter Sommer, among others).

Cyrille, Bennink and DeJohnette broke through to the elite of modern drummers already in the 1960s whereas akLaff became a household name after being featured by some of the most exciting group leaders in creative music in the 1970s and 1980s. DeJohnette and akLaff in particular have performed and recorded with Smith extensively over the past decades but Bennink and Cyrille have also performed with him in different connections before these recordings were made.

The sessions with akLaff, Cyrille and DeJohnette were recorded in New York City in 2019 or 2020 and mostly feature compositions by Wadada Leo Smith, including three very different versions of Smith´s “The Patriot Act, Unconstitutional and a Force that Destroys Democracy,” his powerful statement about the need to protect freedom and democracy. The duets with Bennink were recorded in Amsterdam in 2014 and include a combination of Smith´s compositions and collectively created tracks. 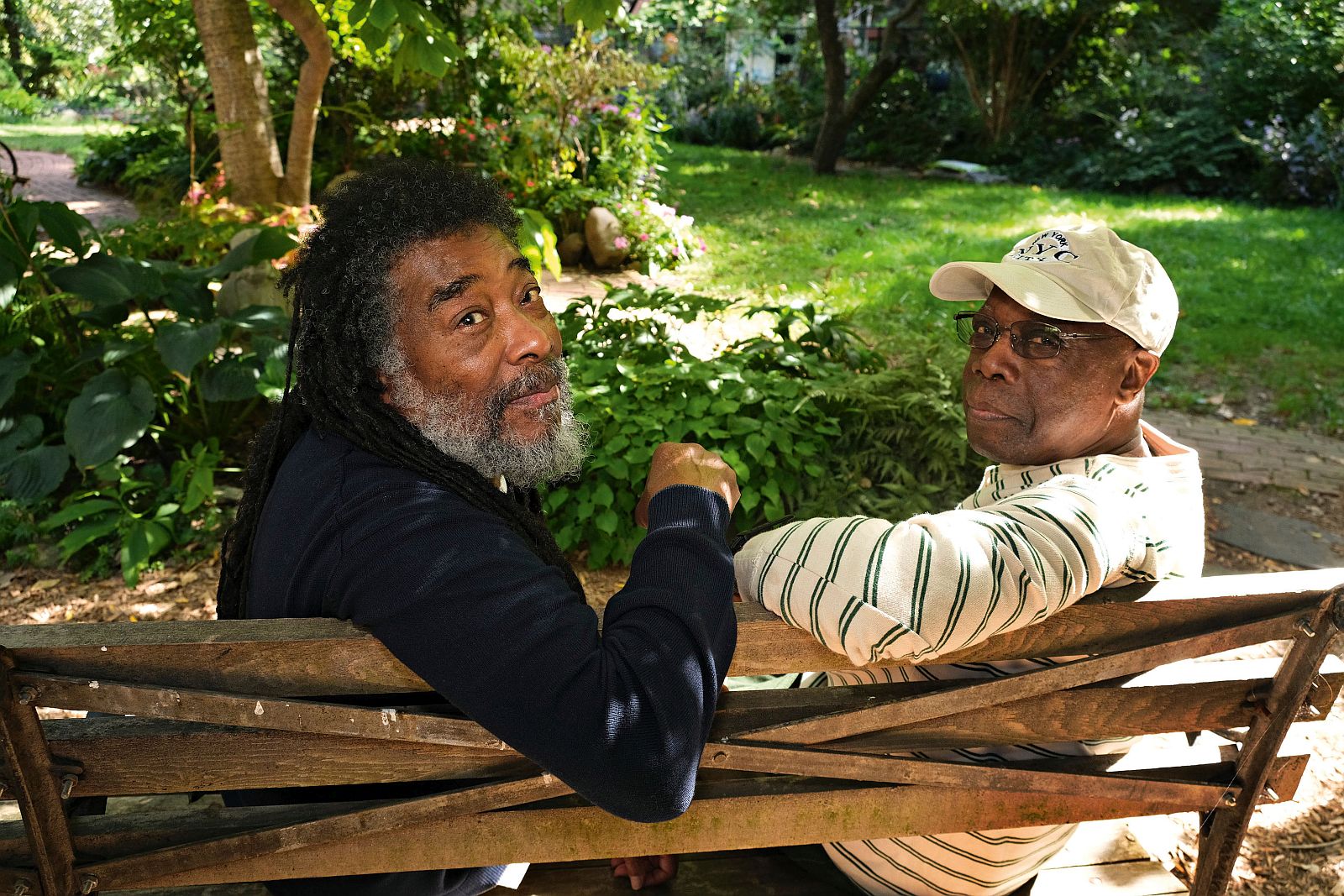 “On this recording, drummers DeJohnette, Cyrille, Bennink and akLaff and their drum-sets become a team unified as one, forming uncommon music-making ideas,” says Wadada Leo Smith. “Their philosophy of drumming elevates the melodic and rhythmical elements of their instruments. They create thundering sounds and beautifully articulated melodic textures, constructing a permeating resonant range, stacking complex sonic waves layered from top to bottom, wave by wave, depending on the type of cymbals and drums in their ensemble kits.”

“Smith really hears drummers He is deeply attuned to what is unique about each one, and he relates to them all quite differently,”writes Vijay Iyer in his liner notes. “Music-makers of this level display a crystalline quality: hard-won and authentic luminosity, poise, composure, conviction, and in Smith´s phrase, ‘maximum sincerity.´ Each of these five beings has entered that phase of creative life known to some as ‘late style,´ in which everything they do is magical. These five discs are wondrous monuments to the art of living.” 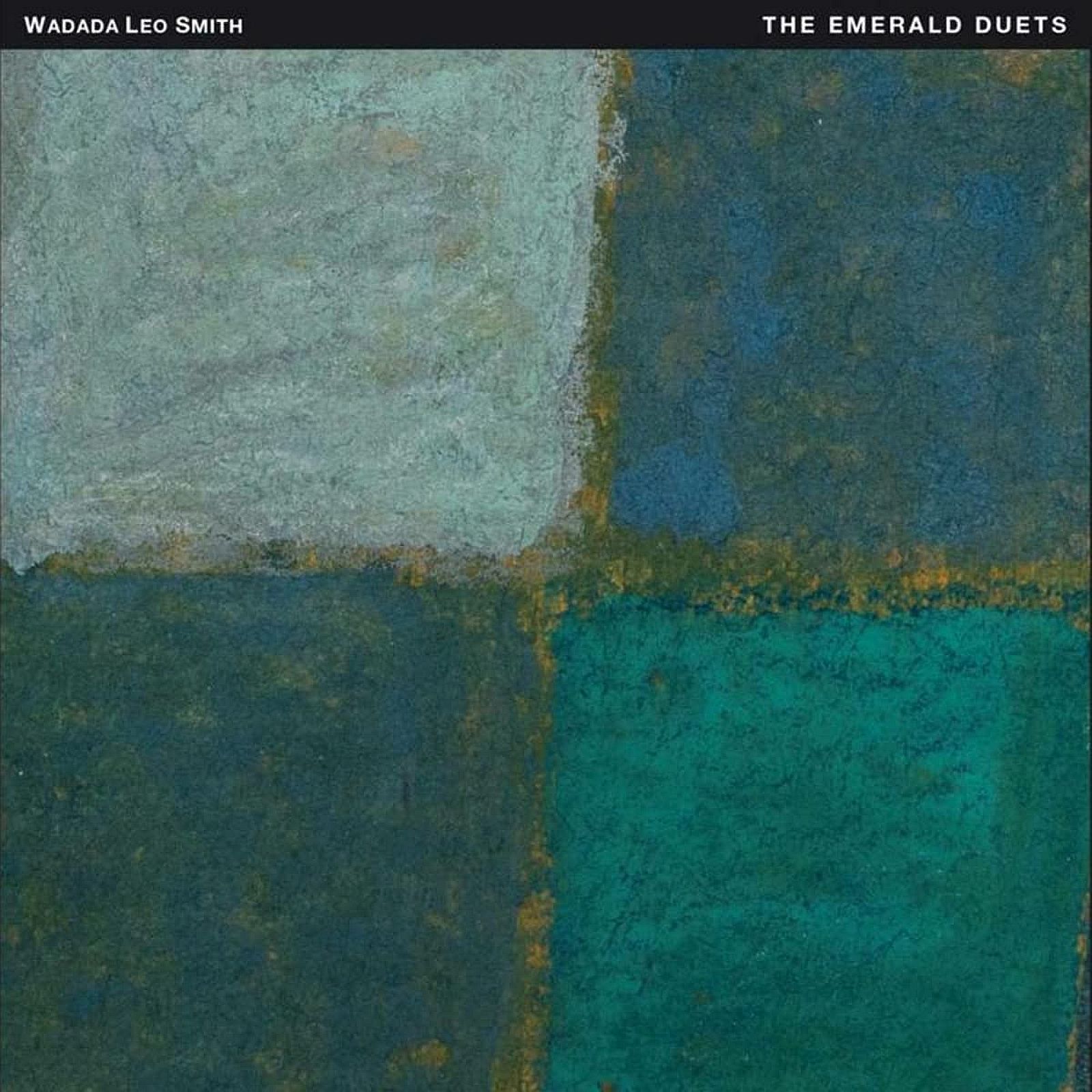