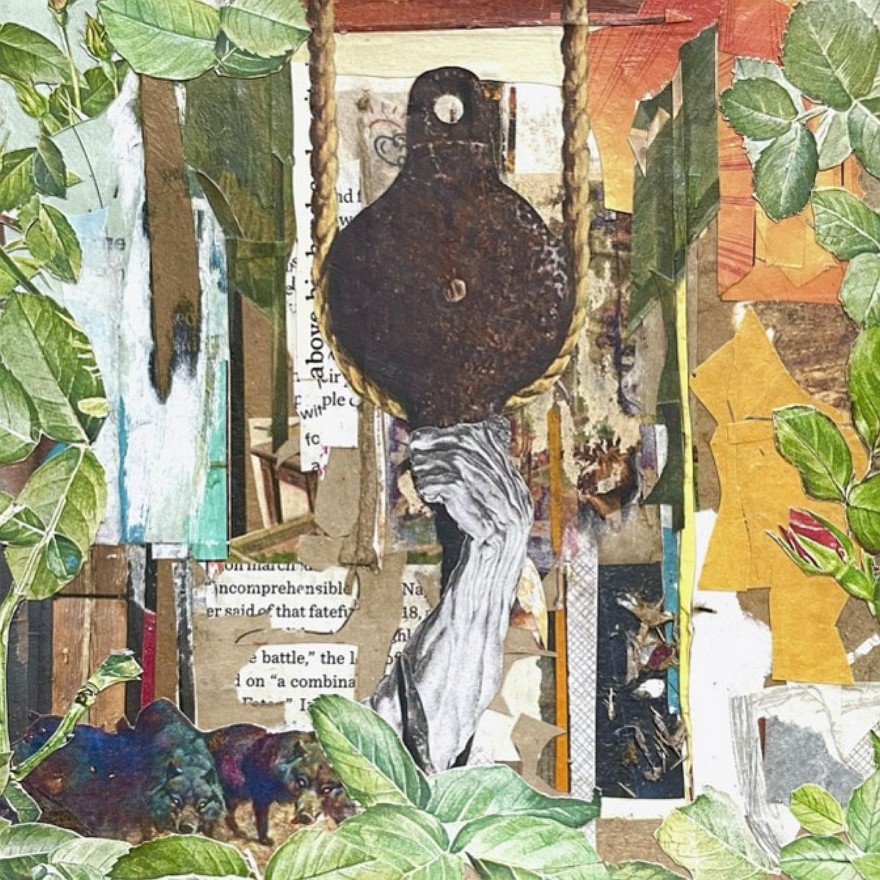 Adumbrations, an album of free, lyrical and inspired music is an utterly unique, first-time documentation of a twenty-year-long friendship. Josh Sinton (baritone saxophone, bass clarinet, alto flute), Jed Wilson (piano) and Tony Falco (drums) have known each other since their student days at New England Conservatory in the early aughts. And even though they have stayed in touch over the years, it wasn’t until August of 2021 that they finally came together and spontaneously created their debut recording. Adumbrations celebrates the importance of friendship and the solace and comfort it provides.

“I hope the listener can hear the depth of our affinities for one another,” says Falco. “These two musicians are dear friends of mine, and there is no greater blessing, as a musician, than to play with those you love.” Wilson’s statement that, “enduring relationships are ironically the best place in which to (re)discover the other’s otherness,” perhaps best captures the frisson that characterizes all of the pieces on Adumbrations. Whether it’s the opening epic statement “Adumbrations 1” or the storming urgency of “Adumbrations 4,” the album unfolds organically and urgently. The momentum is sustained by the musician’s friendship as much as it is by the rhythmic, melodic and harmonic content.

“The art of improvisation,” says Wilson, “is the playful unraveling of plans, expectations, even aesthetic principles or positions.” Anyone familiar with Sinton’s, Wilson’s or Falco’s previous work can hear this “playful unraveling” of plans and expectations throughout Adumbrations, where each of the players shows a new side of their playing. Sinton is perhaps best known for the abstract and avant-garde music of his bands Ideal Bread and Predicate Trio or his recent solo album b. Here he tempers this, bringing to the fore the lyrical influence of singers like Nina Simone or Joni Mitchell. This can be heard to great effect in “Adumbrations 2,” the first flute recording he’s made. Wilson, best known for his luminous work with singers Dominique Eade and Heather Masse, brings a sharper, biting edge to the ruminating pointillism of “Adumbrations 6.” And Falco, a dynamic and responsive partner in the bands of spiritual music giant Tisziji Munoz as well his own projects with partners as diverse as bassist Aryeh Kobrinsky or guitarist Mike Gamble, strikes a uniquely poised balance between openness and focus on “Adumbrations 3” where his drum solo quickly morphs into a charged 6/8-groove when Sinton enters on bass clarinet.

“When folks talked about ‘freedom’ in music, I always thought that was about freedom to choose, not freedom from choice,” says Sinton. And the responsibility that choice implies is audible throughout Falco, Sinton and Wilson’s playing. Solos become trios become duos become trios become solos again. And while some of these pieces have a lushly romantic aspect, others present themselves as resolutely outside the scope of “traditional” tonal parameters. At all times, these three musicians listen for each other and manifest the deep friendship they feel for each other throughout Adumbrations.

Falco has said of Sinton and Wilson that he, “considers both of them to be close friends, whose lives I care deeply about, and whose thoughts and opinions on all manner of things, I value. I want to make music with these people. Period. It doesn’t matter so much to me what the result will be. I know it will be great.” And while this music may only outline these feelings, that is adumbrate them, they are at the core of what animates this dynamic recording.

Called “varied and exciting,” as well as “one of the most striking baritone saxophonists,” Josh Sinton has been heard with some of the leading voices of Brooklyn’s creative music scene since arriving in 2004. Whether with the bands of Anthony Braxton, Nate Wooley or Darcy James Argue or his own groups Ideal Bread or Predicate Trio, Sinton’s unique soundings on baritone saxophone and bass clarinets have lent an air of urgency and immediacy to every musical situation he has participated in. He is proud to count Ingrid Laubrock, Jonathan Finlayson, Tom Rainey, Andrew D’Angelo and Guillermo Gregorio among his colleagues and looks forward to making music with many other musicians. In 2020 he was named “Rising Star” in the baritone saxophone category of Down Beat’s Critics’ Poll.

Jed Wilson is a New England based pianist involved primarily with jazz and free improvisation. Current collaborations include a set of improvisation-based recordings with drummer Tony Falco, a world music project co-led with Dave Kobrenski, and a longstanding duo with singer-songwriter Heather Masse.

Tony Falco is a drummer, improviser, recording and mixing engineer based in Greenfield, MA. He works with avant-garde guitar legend Tisziji Muñoz, and has performed and recorded with John Medeski, Paul Shaffer, Marilyn Crispell, Dave Liebman, Bob Moses, and many others. In recent years, he has collaborated on duo projects with pianist Jed Wilson, and saxophonist Nathan Blehar. Falco and Blehar have released more than 20 recordings to date.

August 12, 2022 – Josh Sinton’s recording of Steve Lacy’s Book H of Practitioners – Baritone saxophonist Josh Sinton has been engaging with Steve Lacy’s first of three books of saxophone etudes for the past twenty years. After patient listening and investigation, he has recorded a deeply personal and exacting rendition of the six etudes Lacy wrote to challenge and inspire creative musicians and listeners of the twenty-first century.

Form is Possibility RecordingsJed WilsonJosh SintonTony Falco
[ June the 3rd, 2022 release on Rune Grammofon: I LIKE TO SLEEP - Sleeping Beauty ]
[ May the 27th, 2022 release on SOFA Records: Propan - Swagger ]