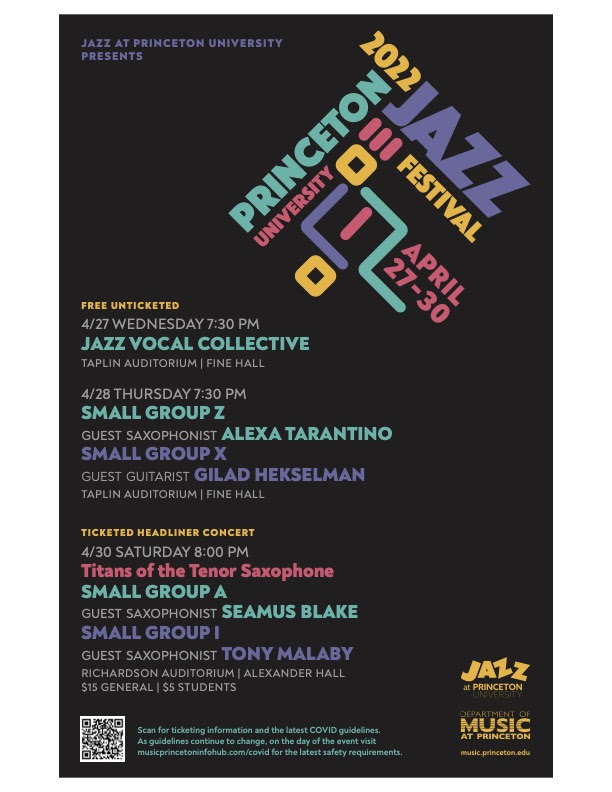 “We are thrilled about the return of The Princeton University Jazz Festival,” says Mahanthappa. “In a trio of concerts during Jazz Appreciation Month, accomplished guest artists perform alongside our remarkably talented students, creating a truly special synergy that feels particularly significant given the curtailing of live music we’ve all experienced over the last couple of years.“ 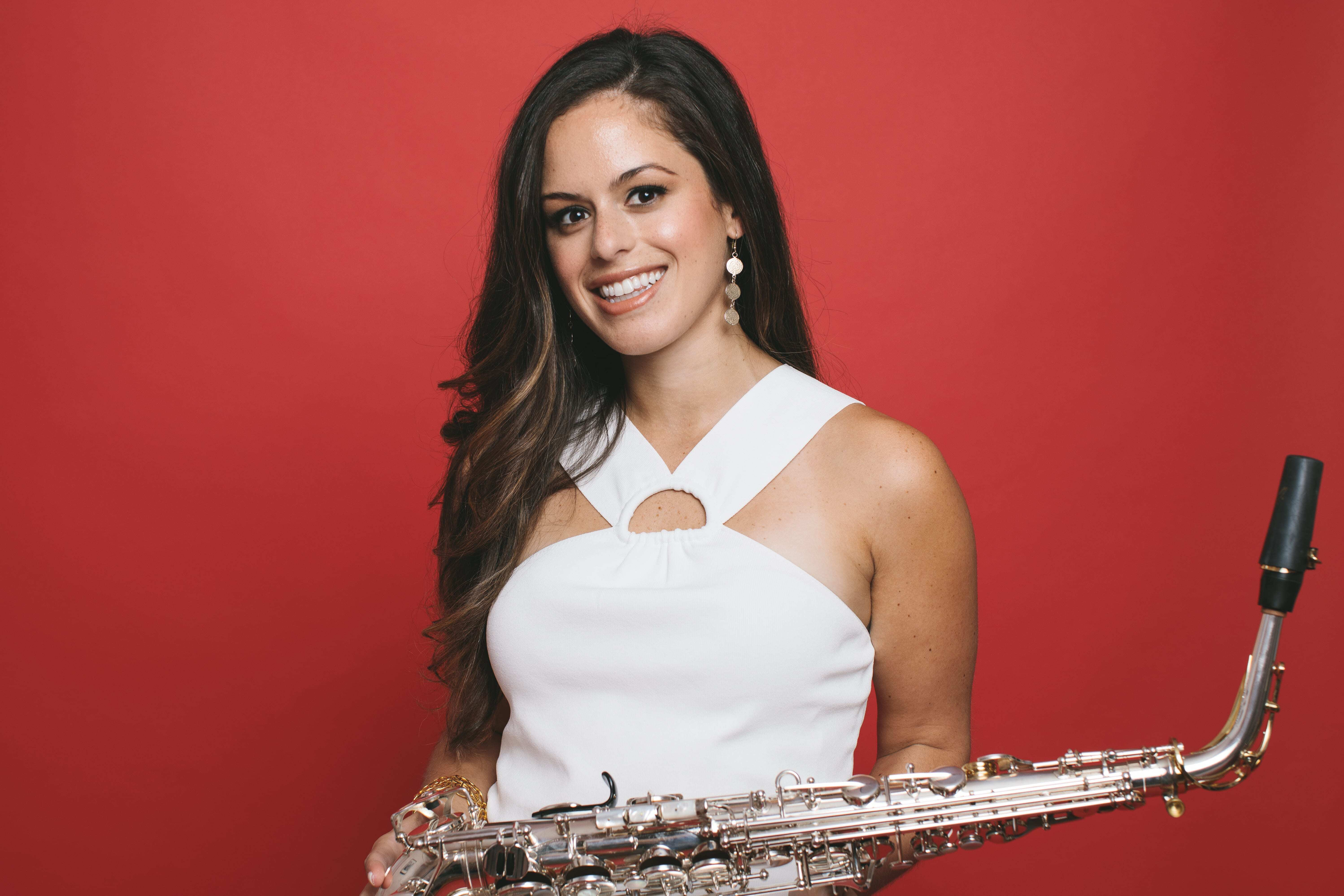 Alexa Tarantino is an award-winning, vibrant young jazz saxophonist, woodwind doubler, composer, and educator. Alexa’s “high-octane [performance]” (Jazziz Magazine) and “sharply plotted but gracefully unencumbered straight-ahead jazz [compositions]” (The New York Times) establish her individual voice which shines through as a dynamic performer and educator. Tarantino was recently named one of the “Top 5 Alto Saxophonists of 2019” by the JazzTimes Critics’ Poll and nominated as a “Rising Star – Alto Saxophone” by DownBeat Magazine’s 2021 and 2020 Critics’ Poll. She has appeared with a wide variety of ensembles including the Wynton Marsalis Septet, Jazz at Lincoln Center Orchestra, Cecile McLorin Salvant Quintet and OGRESSE ensembles, Ulysses Owens Jr.’s Generation Y and Big Band, the Vanguard Jazz Orchestra, Arturo O’Farrill & The Afro-Latin Jazz Orchestra, the DIVA Jazz Orchestra, and leads the Alexa Tarantino Quartet. Firefly, Alexa’s third record for Posi-Tone Records was released April 2021, hitting #6 on the JazzWeek charts. Her previous album, Clarity, peaked at #9 on the JazzWeek charts and landed at #54 for JazzWeek’s Top 100 records of 2020. Tarantino is currently on faculty for Jazz at Lincoln Center’s Youth Programs (High School Jazz Academy, Let Freedom Swing/Jazz for Young People) and represents the organization as a Clinician and Educator for various schools, festivals, and workshops. She holds a Master’s degree in Jazz Studies from The Juilliard School and Bachelor’s degrees in Jazz Saxophone Performance and Music Education from the Eastman School of Music. Alexa is Founder and Director of the Rockport Jazz Workshop in Rockport, Massachusetts and Co-Founder of A Step Ahead Jazz with pianist Steven Feifke. In February 2021, Alexa launched her new virtual community-style jazz education platform, The Alexa Approach. Alexa Tarantino is a Vandoren Artist and Yamaha Performing Artist. Learn more about her at www.alexatarantino.com. 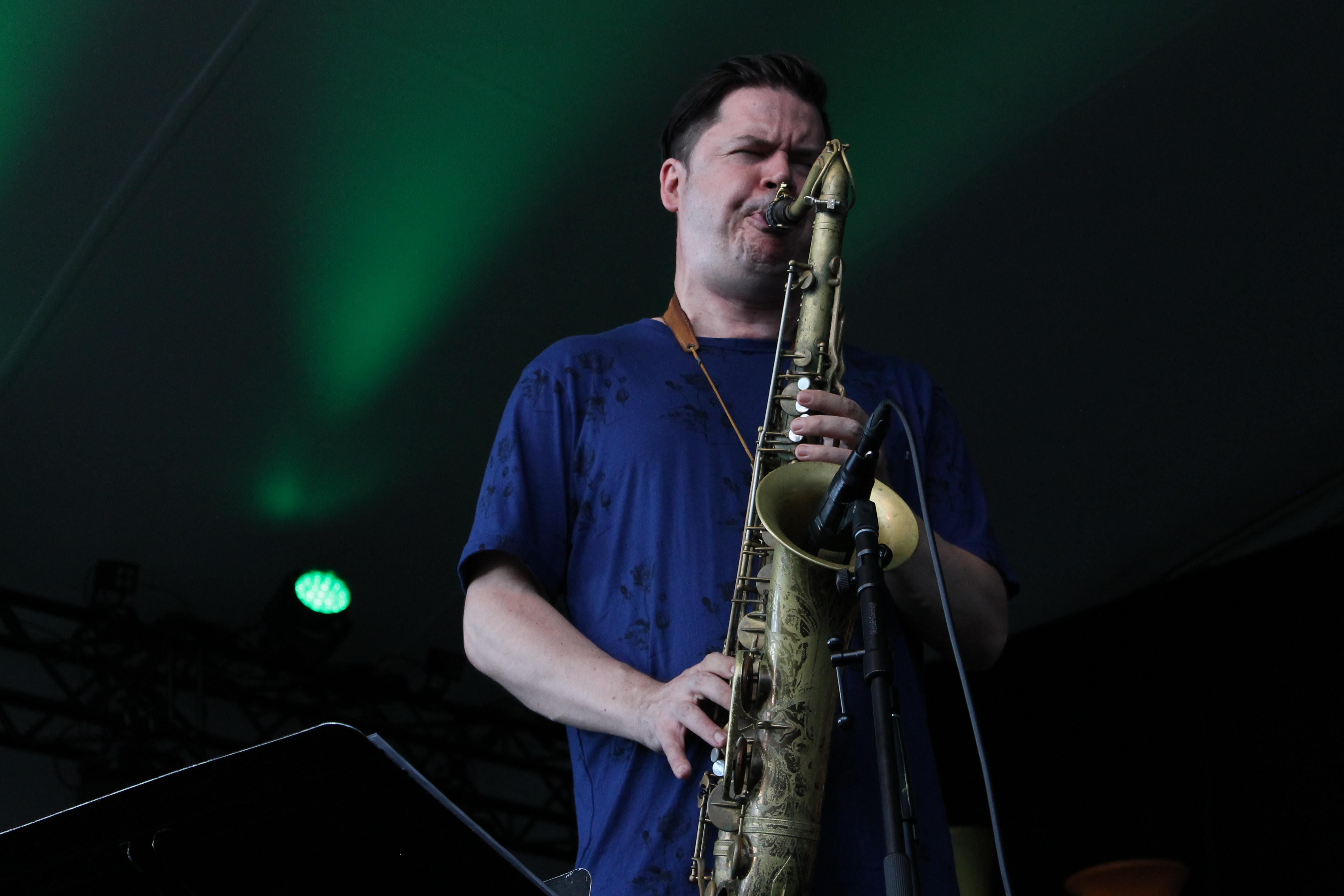 New York based saxophonist/composer Seamus Blake is recognized as one of the finest exponents of contemporary jazz. Seamus was born December 1970 in England and raised in Vancouver, Canada. At age 21, while still a student at Boston’s prestigious Berklee College of Music, he was asked to record with legendary drummer Victor Lewis. After graduation, he moved to New York, where he rapidly established himself on the New York jazz scene. In February 2002, Seamus took first place in the Thelonious Monk International Jazz Saxophone Competition. As the winner, he performed with Wayne Shorter and Herbie Hancock. His music is known for its sophistication, bold improvisations and “sheer swagger.” John Scofield, who hired Seamus for his “Quiet Band,” called him “extraordinary, a total saxophonist.” Throughout his 24-year career, Seamus has garnered critical praise for his masterful playing, his fine compositional skills and his facility as a leader. Since moving to Paris in February 2018 Seamus has been invited to perform the music of his CD Superconductor with a number of European jazz bands, including the Latvian Radio Jazz Band, the Trondheim Big Band and The Sibis Alumni Big Band. In 2017 Seamus assembled a new quartet, The French Connection. The band (Seamus, Tony Tixier on piano, Florent Nisse on bass, and Gautier Garrigue on drums) recorded their first CD in Paris in November of 2017 and have toured in France and Spain. As a leader/co-leader, Seamus has released more than a dozen albums. He is featured as a sideman on over 70 releases. He has played and recorded with Bill Stewart, Kevin Hays, David Kikoski, Alex Sipiagin, John Scofield’s Quiet Band, Dave Douglas, Eric Reed, Ethan Iverson, Chris Cheek, and Matt Penman, among others. 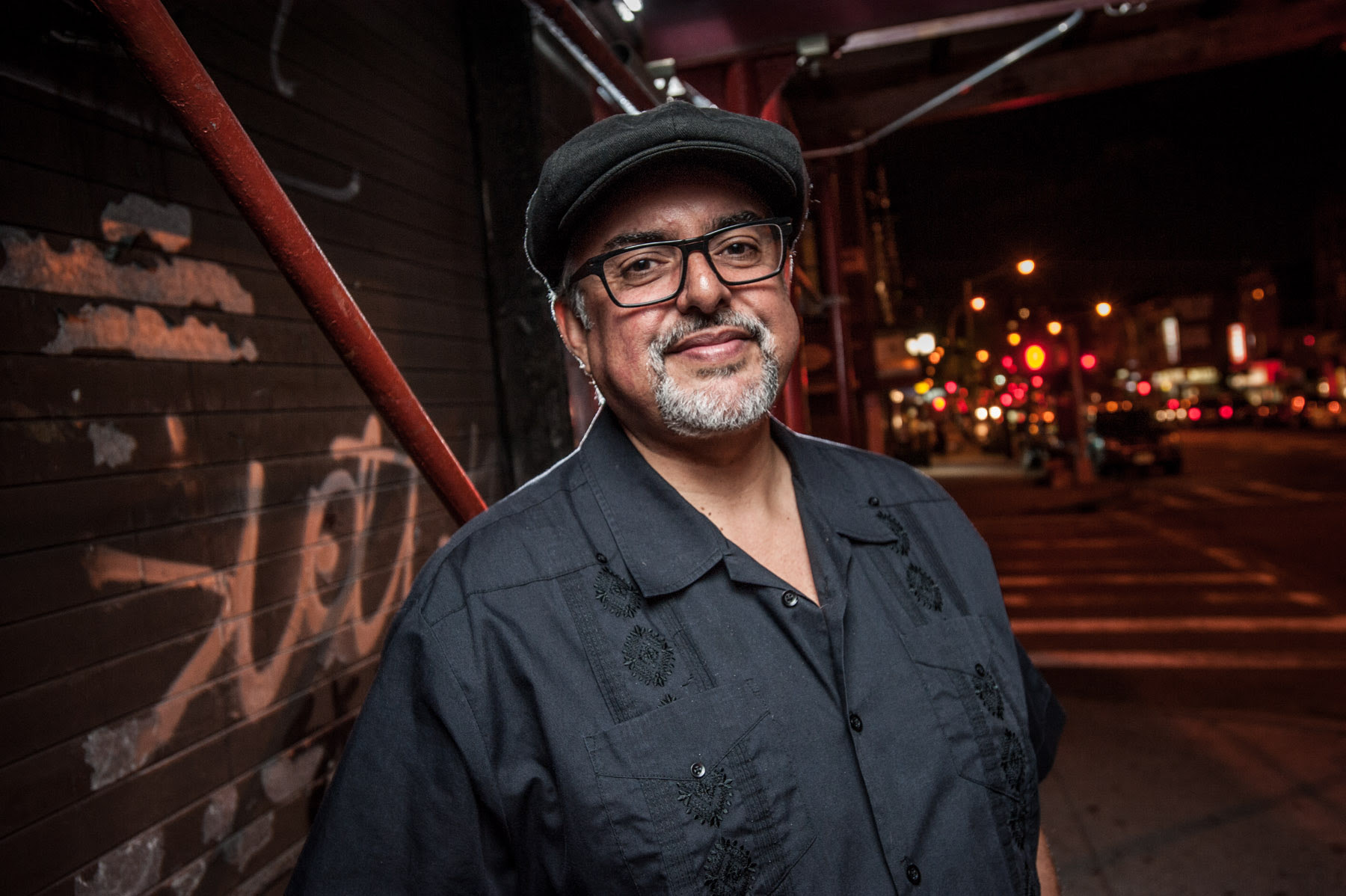 In his two decades as an integral member of New York City’s improvised music community, saxophonist and composer Tony Malaby has emerged as a wholly unique and singular voice. DownBeat’s “80 Coolest Things in Jazz” article said “[Malaby] is a formidably accomplished soprano and tenor saxophonist with enviable tone and an endless font of compelling ideas [who] steers his music away from perfection” and “his considerable gifts as a melodist tend to sneak up on you.” JazzTimes called him “a hero of today’s improvised music scene.” These accolades are unsurprising given the number of projects Malaby has been involved in since arriving in New York in the early 1990s. Career highlights include being the leader of Tamarindo Trio with Nasheet Waits and William Parker; Tubacello with John Hollenbeck, Chris Hoffman, and Bob Stewart; Paloma Recio with Ben Monder, Eivind Opsvik, and Nasheet Waits; and an improvising trio with Angelica Sanchez and Tom Rainey. Malaby has worked as sideman in Paul Motian‘s Electric Bebop Band, Charlie Haden‘s Liberation Music Orchestra, Fred Hersch‘s quintet and Walt Whitman project, Mark Helias‘s Open Loose, Chris Lightcap‘s Bigmouth, Eivind Opsvik’s Overseas, Ches Smith‘s These Arches, Michael Formanek‘s Elusion Quartet, and Kris Davis‘s Diatom Ribbons quintet. His latest release The Cave of Winds (Pyroclastic Records, January 2022) features Malaby’s Sabino Quartet with Ben Monder, Michael Formanek, and Tom Rainey. 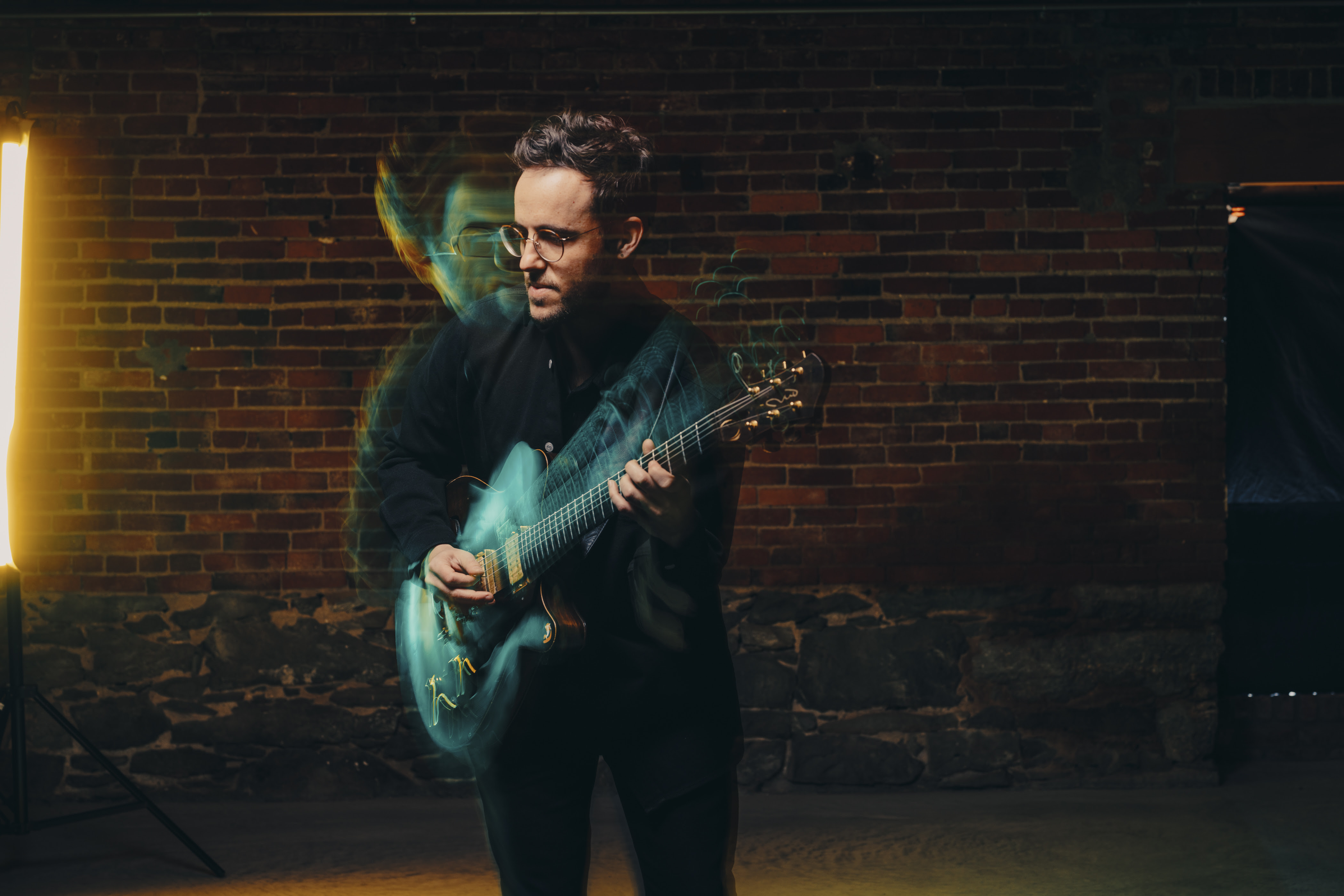 Gilad Hekselman is one of the leading voices in jazz guitar. Only a few years after his 2004 arrival in New York, this native Israeli was already sharing stages with some of the greatest artists on the scene including Chris Potter, Eric Harland, Mark Turner, Anat Cohen, Ari Hoenig, Esperanza Spalding, Jeff Ballard, Ben Wendel, Gretchen Parlato, Ben Williams, Avishai Cohen, Tigran Hamasyan, Aaron Parks and Becca Stevens among many others. In May 2019, Hekselman featured his quartet at the legendary NYC venue The Village Vanguard. He has also played at major jazz clubs including the Blue Note, The Jazz Standard, Dizzy’s Club and Smalls. He tours internationally and has played jazz festivals and venues including Montreux, North Sea, Montreal, and SFJazz. Hekselman has released nine critically-acclaimed records as a bandleader, many of which have made it into ‘best of the year’ lists in The New York Times, DowBeat, All About Jazz and many other publications. His tenth record, Far Star, will be released on Edition Records in May 2022. It’s an all-original album in which Hekselman plays many instruments, and it features special guests such as Eric Harland, Shai Maestro, Ziv Ravitz and more. The record release will be celebrated with a week-long engagement at the Village Vanguard in 2022. Gilad is the recipient of several prestigious awards and recognitions. In 2017, Gilad placed first in the Rising Star category of DownBeat. In 2018 Gilad was asked by guitar legend Pat Metheny to perform as part of his NEA Award ceremony at The Kennedy Center, alongside some of Metheny’s other favorite young guitar players. Gilad is also the winner of the 2005 Gibson Montreux International Guitar Competition, which led to a string of performances including opening for guitar legend Paco de Lucia with his trio at the Montreux Jazz Festival in 2006. In 2009, Gilad recorded three tracks for Walt Disney Records, one of which was included in the record Everybody Wants To Be a Cat (2011). The album features versions of Disney songs played by a top-shelf lineup of musicians including Dave Brubeck, Joshua Redman, Esperanza Spalding, Diane Reeves, Roy Hargrove, Kurt Rosenwinkel, The Bad Plus and many other jazz legends.

Jazz at Princeton University serves to promote this uniquely American music as a contemporary and relevant art form. Its goals are to convey the vast musical and social history of jazz, establish a strong theoretical and stylistic foundation with regard to improvisation and composition, and emphasize the development of individual expression and creativity. Offerings of the program include academic course work, performing ensembles, master classes, private study, and independent projects. They also have the opportunity to participate in academic courses from the music department curriculum that encourage the study of the historical, social, theoretical, stylistic, and creative issues that pertain to the jazz idiom.