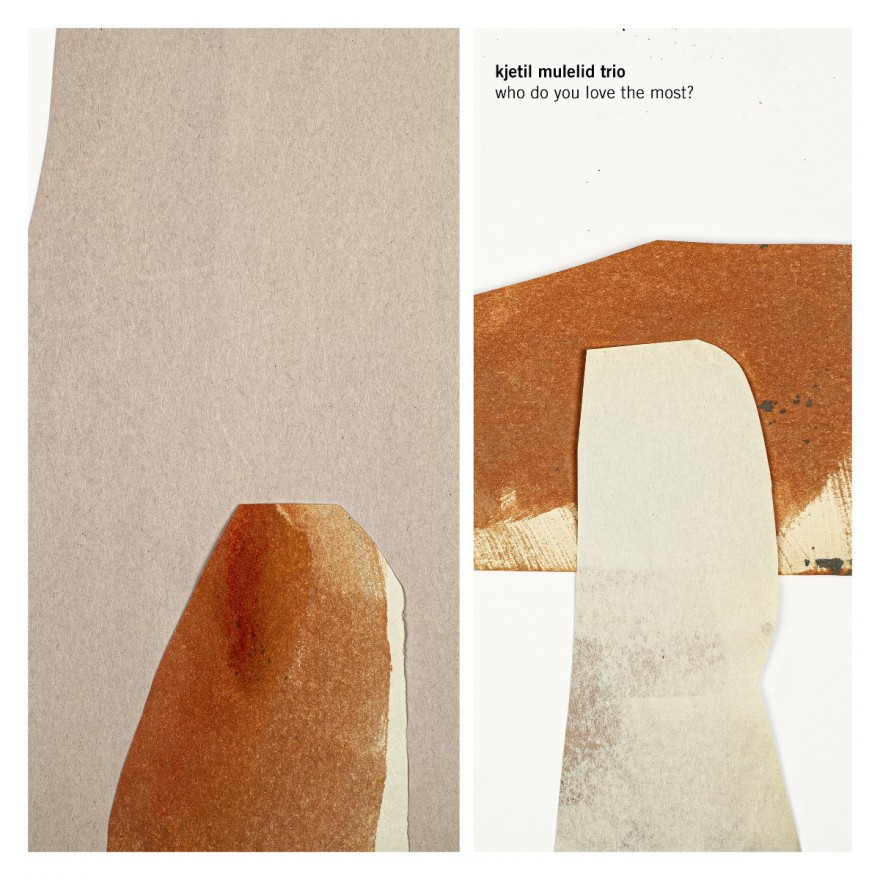 as rhythmically engaging as it is lyrically compelling   ★ ★ ★ ★ ★    JAZZ JOURNAL

The allegiance ti Keith Jarrett is clear throughout this haunting suite of originals.    ★ ★ ★ ★    JAZZWISE

a very satisfying set from a very fine trio      LONDONJAZZNEWS

Rune Grammofon release Kjetil Mulelid Trio‘s Who Do You Love The Most? on CD and DL on the 29th April 2022.

Who Do You Love The Most? is the young trio’s third album in just over four years, and continues in the tradition of their two previous efforts; beautiful and evocative melodies, rich on harmonies, often rhythmically complex textures and a typically folk-like Scandinavian character with the occasional gospel feel. The album’s ten songs are all Kjetil Mulelid originals, except for a gripping cover of Judee Sill‘s “The Archetypical Man“. Two of the originals are the trio’s versions of songs that first appeared on the pianist’s much lauded solo piano album (Piano) from 2021 (RCD 2220CD/RLP 3220LP).

Kjetil André Mulelid (31) comes across as an exceptionally mature pianist and composer. The trio’s 2017 debut “Not Nearly Enough To Buy A House” received wide international acclaim, with writers most typically mentioning Keith Jarrett and Bill Evans.

Mulelid grew up in the small village of Hurdal, and started playing the piano when he was nine, after hearing Chopin on the stereo. Later he did a bachelor degree in jazz performance at NTNU in Trondheim, blessed with top teachers such as Erling Aksdal, Vigleik Storaas and Espen Berg. He is also a member of jazz quartet Wako.

Bjørn Marius Hegge (33) has been making waves on the Norwegian jazz scene lately, with his quintet’s debut album “Hegge” winning a Norwegian Grammy. He has his own trio as well, with pianist Oscar Grönberg and young drummer ace Hans Hulbækmo (Moskus). In 2019 he released “Ideas” with Axel Dörner, Rudi Mahall, Håvard Wiik and Hans Hulbækmo.

Andreas Skår Winther (30) is, like the other two, a “product” of the fertile milieu at the Trondheim Conservatory of Music. His discography includes “Left Exit, Mr. K” with Michael Duch & Klaus Holm (Clean Feed) and Megalodon Collective (Gigafon).

Kjetil Mulelid Trio‘s Who Do You Love The Most?

Paul,
Endless,
The Road,
Remembering,
Point Of View,
The Archetypal Man,
For You I´ll Do Anything,
Imagine Your Front Door,
Gospel,
Morning Song.