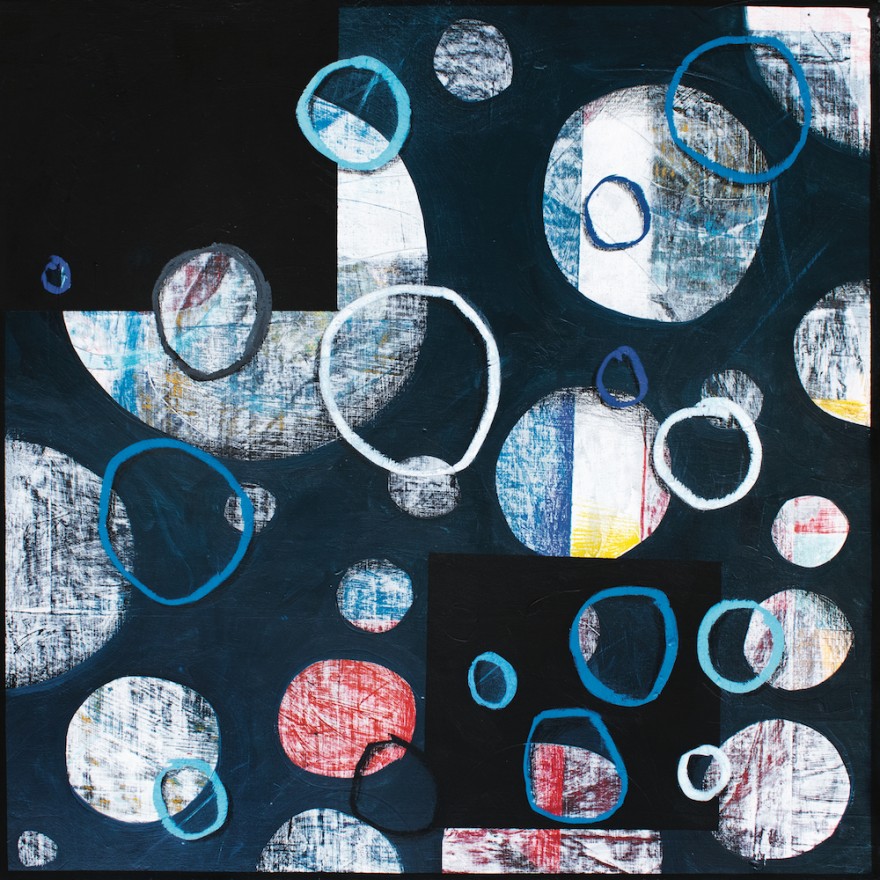 “…forthright, gently knowing and sonically detailed.” – BBC Music Magazine
“An unusual kind of contemporary musician even in such a genre-fluid era as ours” – London Jazz News
“Exquisite delicacy and nuance and subtlety are Climbing In Circles’ hallmarks” – All About Jazz
“Wonderfully fidgety” – The Guardian
“Glaser’s drumming is a colorful, polyrhythmic tour de force” – The Jazzmann

Climbing In Circles pt.4 is the young, British drummer’s seventh album as bandleader

With its exploration of production and processing techniques, Climbing in Circles pt. 4 is the first album for which Glaser has expressly used the studio itself as an instrument and as a vehicle for composition. Following on from his critically acclaimed release, Climbing in Circles pt. 3 (Ubuntu Music, 2021), the new album features long-time collaborator, Matthew Herd, on saxophones and piano, alongside trumpeter, electronic artist and producer, Alex Bonney, and the album was built from the ground up through a reflective process of improvisation, recording and studio-craft.

Across the album’s immersive, stylistically-fluid two ‘acts’, the eleven tracks take the listener on an otherworldly journey through hip grooves, blues and New Orleans funk, lyrical and voice-like Celtic folk melodies, free improv of the European tradition, and hymns and jazz ballads with a nod to the Great American Songbook. Bells and metallic clangs dance like cogs, and a blend of non-musical found sounds along with electro-acoustic sonorities dissolve these vignettes into cavernous alien environments.

Recorded over five days in the Welsh countryside, the process itself focused and simultaneously extended the range of improvisations into the album’s current long-form compositions. Themes are stated, joyfully developed and then rested, as alternative routes are subsequently followed, only to reoccur later in the album, twisted under a different guise. The trio displays a deep knowledge of each other’s sound, time-feel, musical language and intention. The expert handling and synergetic interactions of the musicians and the machines transfigure this genre-fluid music into a unified whole. Climbing In Circles pt.4 represents a shift in direction from Glaser’s earlier, purely acoustic works:

“During the Covid pandemic I began to investigate recording, electronics, exploring synthesizers and processing the drums. These sound worlds and new ways of working began to influence my thoughts on improvisation and the aesthetic of the music I could make that way. I wanted to create more expressive and immersive sound-worlds with – and for – the improvising. This led me to become fascinated with the compositional possibilities of improvisation within a studio context. In order to keep improvisation at the heart of the record, we went into the studio with no prepared material and extended the use of improvisation out into the whole of the recording process. For this we wanted the producer and engineer to be as much part of the compositional process as Matt and I. Alex Bonney – an amazing improvising trumpeter, electronic musician and engineer – was perfect for this. Alex’s range of skills and knowledge allowed him to become another member of the group, playing the studio and the recording equipment as another instrument in the improvisations. Over five days, these improvisations became the album, through a range of recording, editing, overdubbing, processing and post-production techniques. It’s sort of a strange improvised music meets studio album meets acoustic/electronic free-jazz-folk music kind of thing.”

Whilst the experimental, tape-edited works of electric era Miles Davis, the dank melancholy of Trip-Hop, the hymnal, slow creaking of Gavin Bryars’ Sinking of The Titanic, the polyrhythmic streetscapes of late 50s Moondog, and the joyous and playful lyricism of John Lurie’s Fishing With John might suggest the kind of aesthetic palette from which Climbing In Circles pt.4 was drawn, Glaser has created a unique album that sounds fresh and contemporary, produced from the melding and celebration of the musical personalities, contributions, and relationships of those involved. 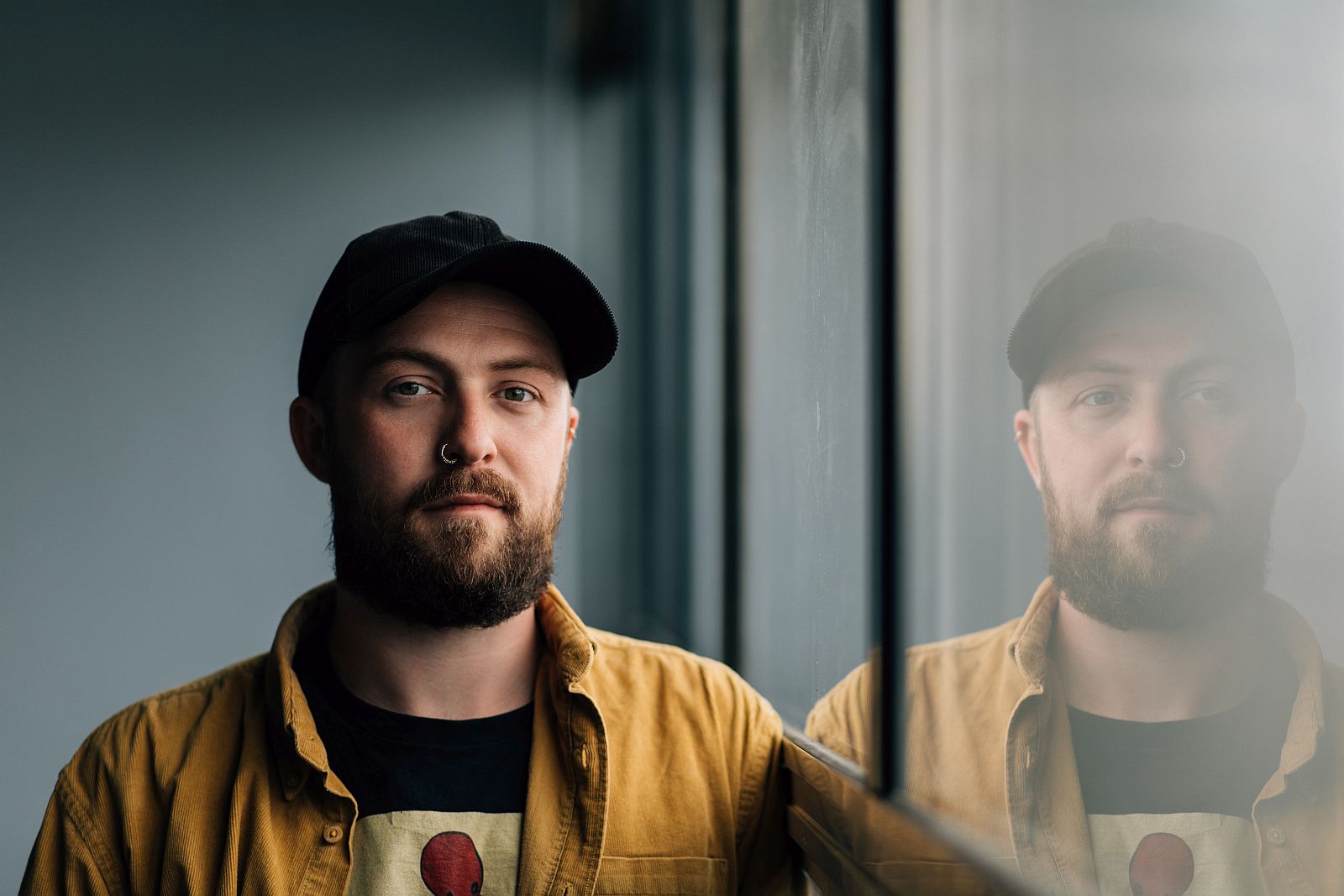 Will Glaser
Born in Worksop, Nottinghamshire in 1991, Will is a drummer and percussionist whose influences draw eclectically on the Jazz tradition, Improvised music, Rock, Noise, Folk, Blues, and Electronic music. Will hasreleased six albums to date as a bandleader and is a professor at The Guildhall School of Music and Dance. Since graduating from Guildhall in 2014, he has been highly in-demand, as a rising star of the UK jazz and experimental music scenes, regularly performing internationally with a diverse range of musicians such as: Soweto Kinch, Dame Cleo Laine, Stan Sulzmann, Kit Downes, Nikki Iles, James Allsopp, Dave De Rose, Dinosaur, Alex Garnett, Olie Brice, Tom Challenger, Sarah Gail Brand, Josephine Davies, Alex Bonney, Ruth Goller, Yazz Ahmed, Eddie Parker, Freddie Gavita, Henry Lowther, Babelfish, Liam Noble, Rick Simpson, and Sam Leak. He is a member of avant-rock bands Snack Family and World Sanguine Report, and is a regular guest with UK noise-favorites, Sly and the Family Drone. Will also appears on John Zorn’s Tzadik label performing on two Sam Eastmond albums.

Matthew Herd
Matthew Herd (b.1990) is a Scottish songwriter, composer, and saxophonist living in London. He writes for and performs with Seafarers, whose debut album Orlando was released to widespread acclaim in November 2020. Their second album, II, is being released on Bethnal Records in February 2022. Since graduating from the Royal Academy of Music, Matthew has worked with some of the most prominent voices in the worlds of jazz (Misha Mullov-Abbado, Will Glaser, Liam Noble), folk (Kris Drever, Innes White, Euan Burton), and contemporary music (Glass Animals, DJ Yoda). Matthew’s work as a saxophonist has taken him around the globe, from Europe to Mexico, performing and recording in the most lauded studios and venues. As a composer he has written for big band, orchestra, and chamber groups, and his songs have featured on radio and television shows across the world. Matthew is Musician in Residence at the Haberdasher’s Aske’s Boys School, where he co-directs the Habs Jazz Summer School.

Alex Bonney
Alex Bonney (b.1978) is a trumpeter, electronic musician and recording/mixing engineer and producer based in London. He leads the Alex Bonney Quartet, is a member of Leverton Fox, light.box, BABs, The Golden Age of Steam, and The Olie Brice Quintet, and performs solo with electronics and in a variety ofother improvising ensembles. When not performing, Alex works with a variety of artists producing and engineering music for leading jazz, improvised and contemporary music record labels, including ECM, Whirlwind, Not Applicable and Edition.