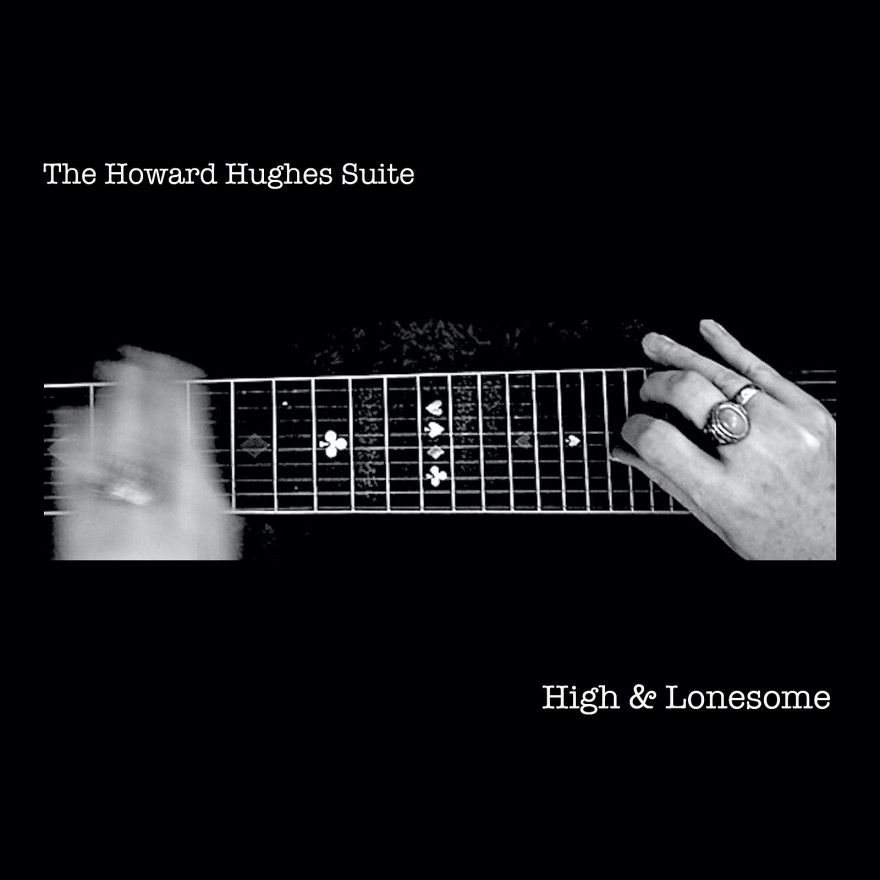 High & Lonesome is The Howard Hughes Suite’s 13th release, it comes out as a mark of extraordinary time which entire creative artists faced in very special way, when it comes to the isolation. The title underlines that fact and gives it a special meaning as well, as we have seen recently on many post pandemic outcomes. But the true message is there in between the notes, so just listen to it.

The Howard Hughes Suite is a modern-day cosmic cowboy. He stoically keeps a low profile and hunkers down in his home studio in the South West of England with his faithful instruments, away from the noise of crowded gig venues or the idle chatter between takes during session work, once his mainstay. From this isolated musical outpost, he surveys Americana landscapes with a reassuringly classic, but distinctly widescreen, psychedelic pioneering spirit.

On Smoke from a Future Fire, over the course of several seasons, solitary but not lonesome, surrounded by his trusty instruments, The Howard Hughes Suite had no particular place to go. Feeling restless he saddled up his digital workstation, unholstered his pedal steel and ambled beyond the acoustic flatlands, through cinematic ravines & across electronic streams just to see what was out there.

Whilst roaming he flashed back to the pylon-free, buffalo-rich plains of Western lore, but also had visions to a future of rusting pickup trucks slowly succumbing to time and nature, which had long since adapted to the man-made climatic change that finally rid earth of its most disruptive species. Through sun-pinned eyes he looked beyond the dust to see the majesty of the southern deserts. Rising out of his saddle he looked over snow-capped distant mountain ranges to gaze at the tiniest creatures and smallest stones. He looked around and saw what was, what is and what could be. He saw no horrors, just the mind-blowing interconnectedness of all things. Neither happy nor sad, but just content with being, he hit stop on the tape machine and decided to share his thoughts.

About The Howard Hughes Suite:

The Howard Hughes Suite grew up in a musical household and needed no encouragement to teach himself several musical instruments. With a drummer as a father, a love for the guitar greats, a fascination with the electronic pioneers, a history of playing live, years spent as a session musician, a love of the visual arts though photography and experience with soundtrack work, it was only a matter of time before all these musical ley lines converged into the rather special musical project you have before you.

Recent collaborations include ‘Afterglow’, a track that was written and produced with Geir Sundstøl, for The Slow Music Movement’s ‘Future Folk: Friendly Faces; Different Spaces’ compilation album, which was The Guardian’s ‘Folk Album of the Month’ in May 2021, and #5 in The Guardian’s ‘10 best folk albums of 2021’.

Not only does The Howard Hughes Suite’s passion run deep for the art and craft of music, he’s also an avid photographer, with an idiosyncratic eye, and designs his own cover artwork. An exhibition of his photography, film and music is expected later in the year. Signed with The Slow Music Movement label.

About The Slow Music Movement:

The Slow Music Movement is an evolving organism with an ambitious evolutionary plan. We run a daily music recommendation service with a focus on laid-back, quality music from independent artists & labels that we’ve dug a bit deeper to discover, have a monthly radio show on Music For Dreams,