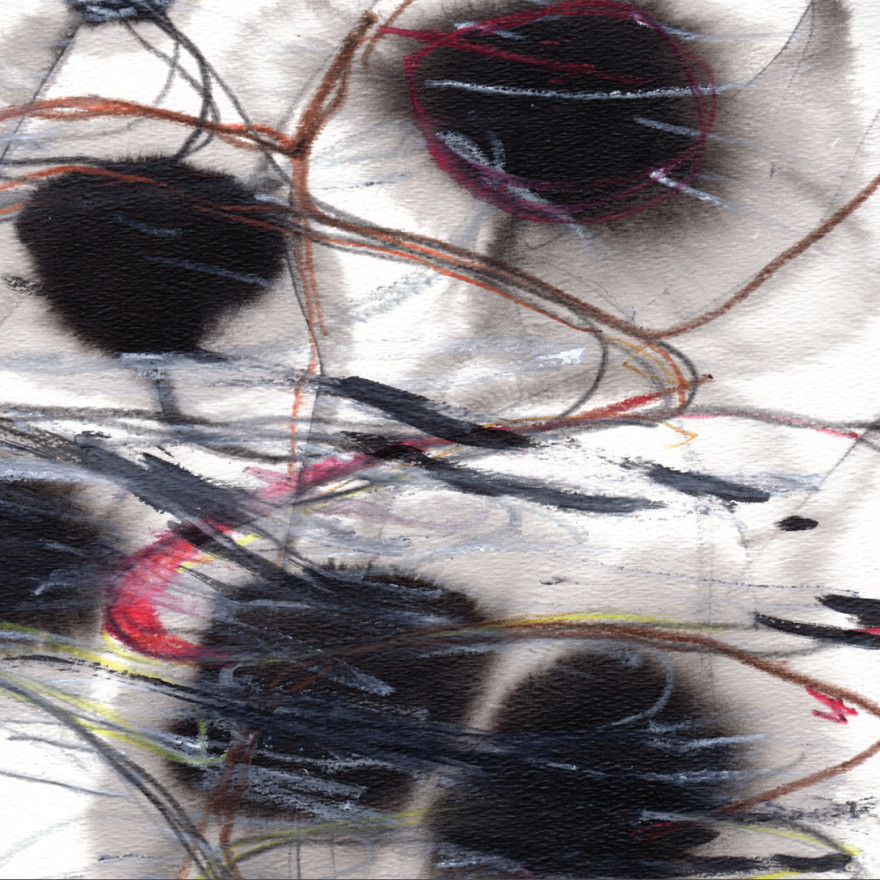 [The] tenor and soprano saxophonist Tony Malaby has earned a reputation as one of New York’s stalwart improvisers, through an array of sideman appointments and some rigorously rewarding albums.” – Nate Chinen, New York Times

” Malaby will play inside, outside and all around his saxophone, but never once will it sound out of place with whatever else is happening.” – Paul Acquaro, The Free Jazz Collective

The 2020 pandemic forced most of us indoors, musicians included, resulting in a surfeit of new solo projects and home recordings. Saxophonist Tony Malaby took the opposite approach. Having hosted regular sessions at his home for years, resulting in countless new collaborations and inspired breakthroughs, he decided to take these creative get-togethers out into the streets (both as an antidote for cabin fever and out of consideration for his suddenly homebound neighbors).

Beginning in July of 2020, Malaby began hosting regular sessions underneath a turnpike overpass near his home in New Jersey. Leading a trio featuring bassist John Hébert and drummer Billy Mintz, Malaby invited such improvising luminaries as Tim Berne, Mark Helias, Ches Smith, William Parker and others to join him in the graffiti-covered, reverberant enclave that buzzed with the sound of nearby pedestrians, overhead traffic and the usual collision of nature and humanity that fuels the city.

“My artistic discipline comes from playing sessions,” Malaby says. “I just couldn’t let that go. It was something I needed just to keep my head above water with everything that was happening with the pandemic and the [presidential] election. Everything was nuts, so I just had to go down there and throw sound with my guys. It got me through and kept me positive.”

The turnpike sessions proved to be not only a respite from Covid-related stir craziness but also a source of considerable inspiration for Malaby. The saxophonist felt rejuvenated by the freedom and unique sonic qualities of the space, elements that he wanted to carry into the studio. Feeling that a guitar quartet would make the ideal setting, he reconvened Sabino, the group with which Malaby recorded his debut album in 2000. With bassist Michael Formanek, drummer Tom Rainey and guitarist Ben Monder (stepping in for the original album’s Marc Ducret), he recorded the adventurous new album The Cave of Winds, due out January 7, 2022 via Pyroclastic Records.

While there are natural rock formations that share the name in both Niagara Falls and Colorado, The Cave of Winds is Malaby’s affectionate nickname for the turnpike bridge that he made his musical home for the better part of a year. “It was like a tunnel down there,” Malaby recalls. “Wild, crazy things would happen while we were playing in that cavern. Trucks were rolling by, sirens going off, birds singing. We would be down there in 30-degree February weather and the wind would be howling. It was incredible.”

The compositions that make up The Cave of Winds were directly inspired by Malaby’s tenure under the bridge. With the literal and figurative space offered by that environment, he was prompted to pen minimal pieces ripe for expansion by the trio and their guests; at the same time, they also are colored by a return to more traditional jazz contexts by this inveterate free improviser.

“Billy Mintz and John Hébert got me into playing standards and jazz repertoire again,” Malaby explains. ” That comes into play here. We still play freely, and so, you know, but doing that led me to think about harmonic color, the richness of my roots and the joy of playing changes with someone like Ben Monder.”

One of the most striking examples of this collision of the tradition and Malaby’s intrepid spirit is the album’s closing track, “Just Me, Just Me.” A contrafact based on the chord changes of the classic “Just You, Just Me” (memorably recorded by the likes of Nat King Cole and Thelonious Monk, among countless others), the tune is far more agitated experience than its jaunty predecessor, and while the title is a tongue-in-cheek play on the original it also captures the fervent individuality of these four musicians.

Similarly, the burnished bop melody of “Corinthian Leather” is a loose reinterpretation of Dizzy Gillespie’s “Woody ‘n You,” leading to unspooling invention from both Malaby and Monder as they stretch the flexible theme beyond recognition. Monder’s roaring heavy metal distortion introduces “Scratch the Horse,” which draws inspiration from the Native American ceremonies depicted in the Richard Harris western A Man Called Horse. “Recrudescence” is a hypnotic group improvisation reflecting on the cyclical nature of the musical life, interrupted though it may have been by recent events, while “insect Ward” suggests a sanctuary for Malaby’s restless, flitting soprano (parried by Formanek’s buzzing bowed bass). “Life Coach” is a duo improvisation by Malaby and Rainey dedicated to their former bandleader, bassist Mark Helias, whose presence the saxophonist insists he can hear in the rhythm and language they share.

The Cave of Winds marks the closing of a few chapters for Malaby. For one, it spells the end of the turnpike sessions and the period of research and exploration they represented. Coinciding with the lifting of pandemic-era restrictions, Malaby also left the New York area after more than 25 years for Boston, where he’s taken a position on the faculty of Berklee College of Music.

The album also brings Malaby’s career full circle as he embarks on this new venture. 20 years after the release of Sabino he revisits that quartet with three of his most longstanding collaborators. Malaby met Formanek while the saxophonist was still a student at William Paterson University, when both played with the Mingus Big Band. They were both enlisted by saxophonist Marty Ehrlich for a band that also included Tom Rainey on drums, forging a connection that would remain strong for the next three decades.

While Ducret was featured on the 2000 album, Ben Monder actually precedes him as Sabino’s guitarist, in an early version of the quartet that featured Jeff Williams and Ben Street. Malaby had initially heard the brilliant guitarist in Marc Johnson’s short-lived band Right Brain Patrol, then approached him at the bar of the Knitting Factory. They met again a week later on a session led by Guillermo Klein and have been working together regularly and fruitfully ever since.

Like the primal space its name implies, The Cave of Winds is vast and tempestuous, opening into a reservoir of mystery and inviting the curious to venture deep within. Encouraged by Malaby’s dauntless curiosity, these four stellar musicians delve into the furthest reaches and emerge with inspired riches. 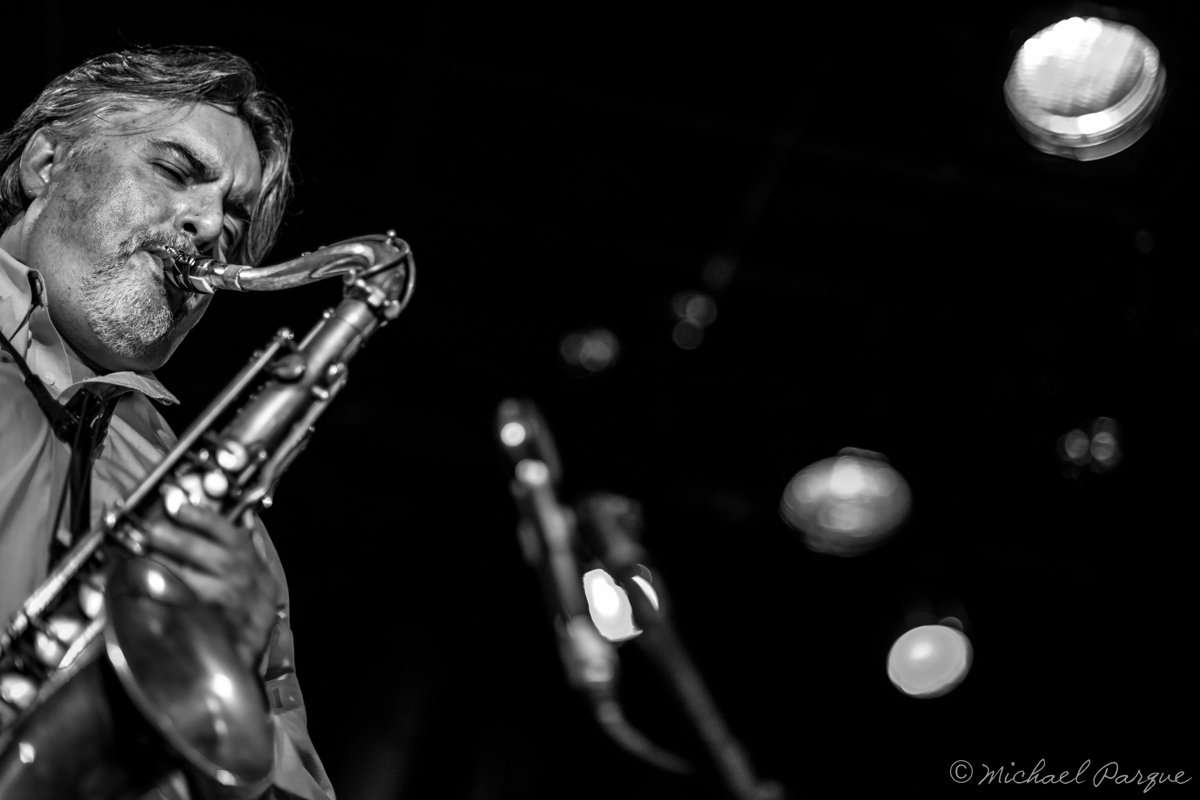 Called “one of New York City’s most in-demand tenor saxophonists [and] one of the most distinctive artists of his time” by All About Jazz, Tony Malaby is an adventurous and acclaimed saxophonist whose work bridges the realms of post-bop and free improvisation. Originally from Arizona, he was based in New York from 1995 until 2021, when he relocated to Boston and joined the faculty of Berklee College of Music. Malaby has been a member of such notable jazz groups as Charlie Haden’s Liberation Orchestra, Paul Motian’s Electric Bebop Band, Mark Helias’ Open Loose, Fred Hersch’s quintet and bands led by Mario Pavone, Tim Berne, Chris Lightcap, Kris Davis, Angelica Sanchez, Michael Attias and Marty Ehrlich. He leads several projects of his own including: Apparitions, the Tony Malaby Cello Trio, the quartet Paloma Recio and the trio Tamarindo.

Pianist-composer Kris Davis founded Pyroclastic Records in 2016 to serve the release of her acclaimed recordings Duopoly and Octopus (with Craig Taborn) with the goal of growing the label into a thriving platform to serve cutting-edge artists. In 2019, Davis launched a nonprofit to support those artists whose expression flourishes beyond the commercial sphere. By supporting their creative efforts, Pyroclastic empowers emerging and established artists — including those on its 2021 roster: Benoit Delbecq, The Weight of Light; Ches Smith, Path of Seven Colors; Mary Halvorson/Sylvie Courvoisier Duo, Searching for the Disappeared Hour, and Tony Malaby, The Cave of Winds – to continue challenging conventional genre-labeling within their fields. Pyroclastic also seeks to galvanize and grow a creative community, providing opportunities, supporting diversity and expanding the audience for noncommercial art.