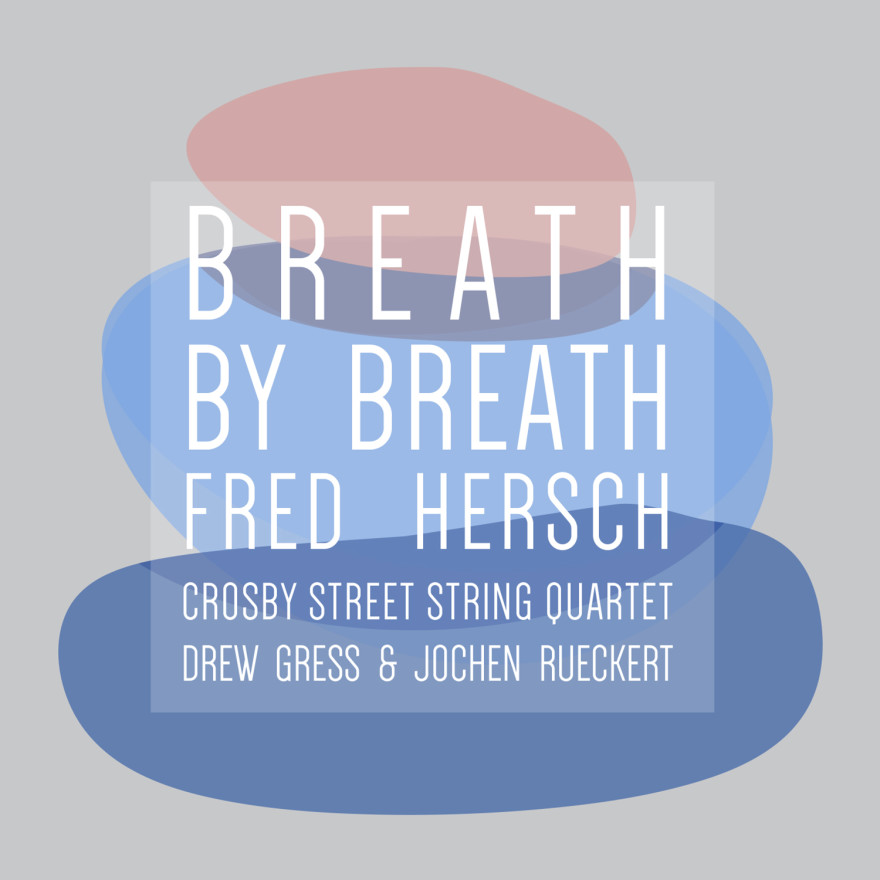 “[Fred Hersch is] a pianist, composer and conceptualist of rare imaginative power.”  – Nate Chinen, The New York Times
“Hersch’s work has developed an intensity of intelligence and emotional directness unparalleled among his peers.” – Steve Futterman, The New Yorker

Iconic pianist/composer Fred Hersch was an early adopter of new technologies and new ways forward when the pandemic hit in early 2020. But he’s also been among the most eager to return to live performance and collaboration now that life has begun to resume some semblance of normality. In August he returned to the studio to record one of his most ambitious projects to date: Breath By Breath, his first album ever pairing jazz rhythm section with string quartet.

“I’ve put all my streaming gear away,” declares Hersch, whose lockdown months started off with daily performances on Facebook and culminated in last year’s solo release Live From Home. “It was great while that was what it was, and now I’m in this place where it’s live or nothing.”

Due out January 7, 2022 via Palmetto Records, Breath By Breath draws inspiration from the pianist’s longtime practice of mindfulness meditation, centered on the new eight-movement “Sati Suite.” But while the album is certainly contemplative and lustrous, it’s far from being merely an ambient backdrop for blissful relaxation – the music on Breath By Breath is as fully engaged and emotionally rich as any that Hersch has made over the course of his remarkable career.

In part that’s due to the musicians Hersch has enlisted for the album. Bassist Drew Gress was a member of the pianist’s first trio and has been an inspiring bandstand partner for more than three decades. Jochen Rueckert is one of the most in-demand drummers on the modern scene, having played with such greats as Kurt Rosenwinkel, Mark Turner, Melissa Aldana and Pat Metheny. The Crosby Street String Quartet, named for the NYC address where they first rehearsed with Hersch, combines four of the city’s busiest freelance string players: violinists Joyce Hammann and Laura Seaton, violist Lois Martin, and cellist Jody Redhage Ferber.

“String quartets have been some of my favorite music to listen to my whole life,” Hersch explains. As he writes in the album’s liner notes, “I grew up listening to string quartets as a very young musician in Cincinnati. My piano teacher was the wife of the cellist in the famous LaSalle Quartet. I used to lie on the rug in their living room as an elementary school student while they rehearsed, quietly following along, hearing how the viola part meshed with the first violin, or the second violin and the cello. And ever since I started studying composition at age eight, almost all of my music has always focused on four melodic parts – so string quartets are a natural musical configuration for me.”

The string writing on Breath By Breath spotlights the broad scope of Hersch’s compositional imagination. With each piece the quartet seems to take on a new role in relation to the piano trio: a lush background on one tune, an equal partner in dialogue on the next, an abstract instigator on yet another. “It was important to me that we record live with the strings so I could interact with what they were playing,” Hersch says. “I didn’t want to lay down the music and then have them come in later and overdub. I felt like the fun of the project was to do it live.”

“Sati” is a Pali word meaning “mindfulness” or “awareness,” an idea that is central to Hersch’s meditation practice – which itself took on an even more profound importance during the pandemic. “It basically saved me,” he says with no hint of exaggeration. “Meditation is not about not emptying your mind; it’s about observation. The phrase I like to use is, ‘relax, allow and observe.’ When I meditate it’s about recognizing sensations or thoughts as they come in and out, observing them and realizing that they’re just phenomena. The brain thinks, and there’s nothing wrong with that.”

The first movement, “Begin Again” references the cycle of renewal that begins fresh with each moment. Other pieces touch on different aspects of the process. “Know That You Are,” the composition that initiated the suite, refers to the foundational instruction, “When you sit, know that you are sitting and when you breath, know that you are breathing.” The often frantic activity of a mind struggling to be at rest is the subject of “Monkey Mind,” while “Mara,” which features a guest appearance by percussionist Rogerio Boccato, is the name of the god who tempted Buddha with wine, women and wealth.

Bringing meditation to the forefront of his music brings Hersch full circle in a sense, as he recognized when he began the practice decades ago. “When I started, I realized that in a way I’ve been meditating my whole life – but on a piano bench. I close my eyes when I play and I go into in that world. Occasionally I get distracted, but I don’t get wrapped up in it. Instead of my breath being an anchor, the anchor is the sound that I get, the tactile feeling of my fingers on the keys, hearing the space around the music, and leaving that space for other musicians to contribute.”

Breath By Breath, then, is a recognition that meditation has been a way for Hersch to align his daily existence with the enlightened state he reaches while playing the piano. With the release of this captivating new recording, the rest of us are fortunate enough to glimpse that place and to feel its life-affirming impact on our own hearts and souls. 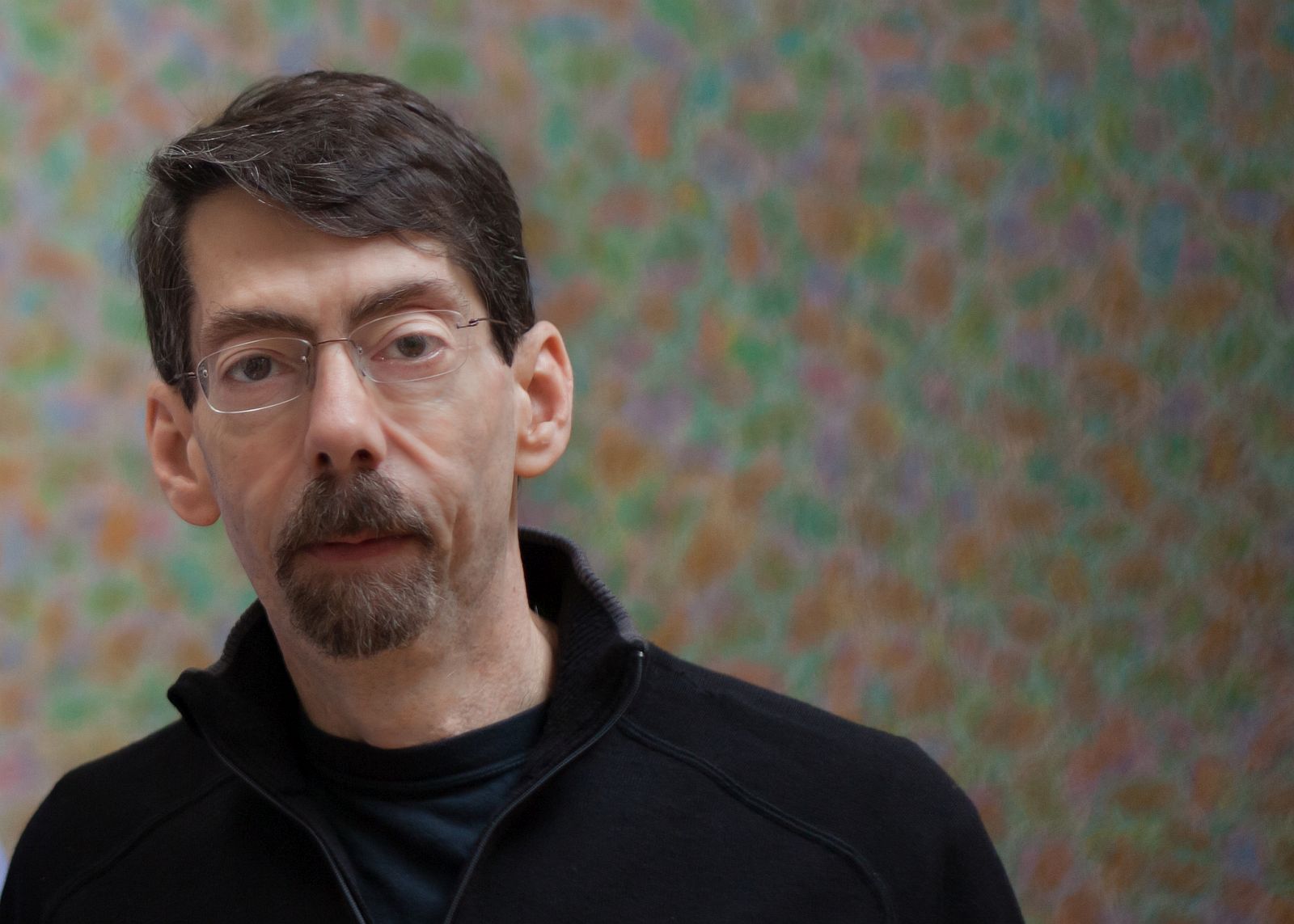 Fred Hersch
A select member of jazz’s piano pantheon, Fred Hersch is an influential creative force who has shaped the music’s course over more than three decades. A fifteen-time Grammy nominee, Hersch has long set the standard for expressive interpretation and inventive creativity. A revered improviser, composer, educator, bandleader, collaborator and recording artist, Hersch has been proclaimed “the most arrestingly innovative pianist in jazz over the last decade” by Vanity Fair, “an elegant force of musical invention” by The L.A. Times, and “a living legend” by The New Yorker. For decades Hersch has been firmly entrenched as one of the most acclaimed and captivating pianists in modern jazz, whether through his exquisite solo performances, as the leader of one of jazz’s era-defining trios, or in eloquent dialogue with his deeply attuned duo partners. His brilliant 2017 memoir, Good Things Happen Slowly, was named one of 2017’s Five Best Memoirs by the Washington Post and The New York Times.
#     #     #

• Hersch celebrates the album January  4 – 9 at the Village Vanguard.

• On January 13 pianist Igor Levit will perform the world premiere of a newly commissioned work by Hersch at Carnegie Hall.  I don’t know of many jazz pianists/composer with such a broad range – uptown to downtown within a week!