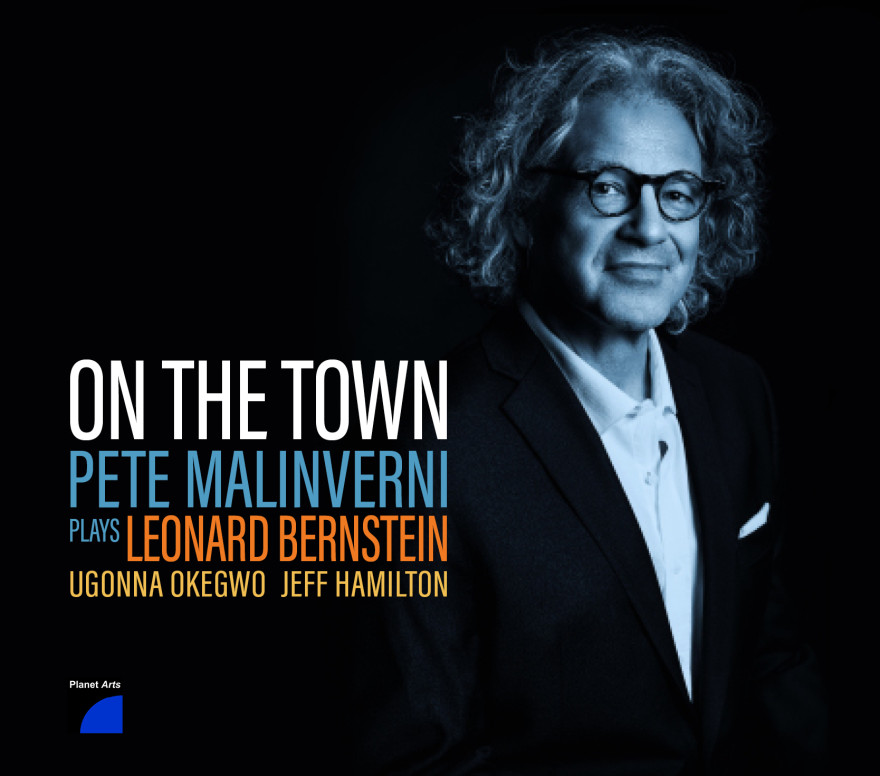 “Pete Malinverni is a pianist with a forthright and elegant style.” – Nate Chinen, New York Times

“Pianist Pete Malinverni is a wild cat. [His] playing can be dark, gritty and oddly rapturous…he digs into the piano and emerges with exotic treasure.” – Karl Stark, Philadelphia Inquirer

Having spent four decades on the New York City jazz scene, pianist Pete Malinverni has crossed paths with countless revered artists and come away with a host of tales to tell. But few moments measure up to the time that Malinverni met the iconic composer/conductor Leonard Bernstein. The seeds planted in that meeting decades ago come to fruition on Malinverni’s stunning new album, On the Town – Pete Malinverni Plays Leonard Bernstein. The album reimagines nine Bernstein favorites, along with a new Malinverni original penned in tribute to the composer, for an all-star trio featuring bassist Ugonna Okegwo and drummer Jeff Hamilton.

At the time of that fateful meeting, Malinverni had a steady gig at an upscale restaurant in the city. One night the swanky nightspot was chosen as the site of the opening night cast party for Franco Zeffirelli’s production of “Tosca” at the Metropolitan Opera. As Malinverni played through a selection of arias at the piano, Bernstein walked in, and the young pianist immediately launched into the composer’s “Lucky To Be Me.” Bernstein recognized the homage and, following a trip detour to the men’s room (where a friend of Malinverni’s broke the protocols of polite society and touted the pianist’s virtues), proceeded to spend a considerable portion of the evening hanging around the piano.

“Real musicians want to hang out with the band,” Malinverni says, recalling those magical hours. “Bernstein was this gray eminence I’d see on TV, and I’d listened to his ‘Young People’s Concerts’ in high school. So he was a definite presence in my life even though I’d never met him.” Malinverni still recalls that encounter – which included introductions to other notables at the party, including legendary songwriters Betty Comden and Adolph Green – as “one of the great moments of my musical life.” To this day he remains touched by Bernstein’s magnetic attraction to musicians of any stature.

“His public image was of a guy who knew his stuff and was super passionate about it. But I found out that night that as passionate as he seemed, he was even more so. When I saw him in the flesh, it was electric. His head poked through the clouds, and the piano somehow seemed a more exalted place then and thereafter.”

If that weren’t inspiration enough, the story takes another slight twist: some time later, Malinverni befriended a bartender at one of the nightclubs where he performed regularly, whose wife happened to be Bernstein’s personal chef. The composer had given her a sheaf of blank staff paper, which the bartender then gifted to Malinverni. The pianist hung onto it for nearly thirty years, finally using it to write the arrangements for the present recording. “The last arrangement I had to write turned out to use the last piece of staff paper I had left,” Malinverni recalls. “I’m always looking for signs, and that made everything feel right.”

Exploring these brilliant songs with such a gifted and intuitive trio felt incredibly right as well. Malinverni’s first opportunity to pay tribute to Bernstein arrived on the occasion of the composer’s 2018 centennial, when the pianist was commissioned to arrange many of these pieces for a four-horn ensemble featuring Joe Lovano at Purchase College, where Malinverni is Chair of the Jazz Studies Program. But when it came time to record the music, he determined to pare the music down to a trio setting.

“I love playing trio, and the music really took on a life of its own in this format,” Malinverni says. “Ugonna Okegwo and Jeff Hamilton are real artists. You know, if you go scuba diving you discover that there are just as many colors underwater, but the spectrum is the reverse of what you see up here on the surface. I found that in playing Bernstein’s music with these amazing musicians: there were all these textures and colors underneath the music that they could really bring to light.”

Another bond that Malinverni shares with Bernstein is a deep love for New York. Through his selection of tunes from the composer’s oeuvre, Malinverni also made the album a love letter to the metropolis that he’s called home since trekking down from his hometown of Niagara Falls in 1980. Titles like “New York New York,” which opens the album, and “Lonely Town” make the reference explicit; other pieces are culled from Big Apple-centric shows like “Wonderful Town,” “West Side Story” and “On the Town.”

The sole exception is the trio’s heartfelt take on “Simple Song,” from Bernstein’s “Mass.” The piece is in keeping with Malinverni’s tradition of including a spiritual piece on every one of his albums, a nod to his 18-year tenure as Minister of Music for Brooklyn’s Devoe Street Baptist Church. The album closes with Malinverni’s “A Night On the Town,” a playful refraction of Bernstein themes and ideas that spotlights the composer’s enduring influence.

“I always tell my students, ‘They don’t say silence is golden for nothing,’” Malinverni says. “So if you’re going to disturb the silence, you better be playing something. Starting with Bernstein’s compositions, every note you add better serve that song. But this is also my record, and I think he would have appreciated that. Bernstein was cool with seeing how things go today as opposed to sticking with how they went yesterday. He was a real jazzer in a lot of ways.” 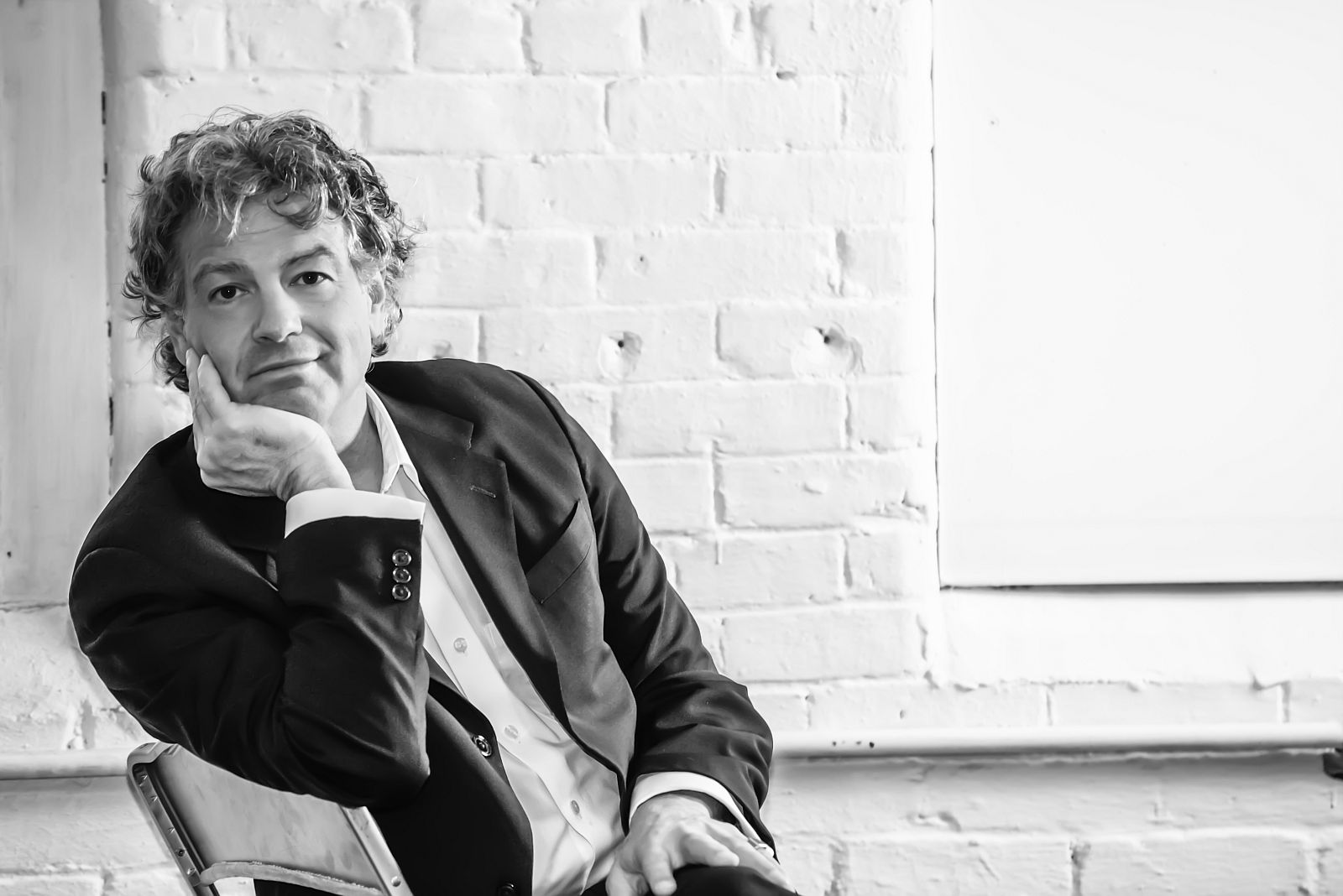 Pete Malinverni
Pianist, composer and educator Pete Malinverni has been a fixture on the New York City Jazz scene since moving there in the early 1980s from his hometown of Niagara Falls, NY, where he’d begun classical piano studies at the tender age of six. Since moving to NYC, Pete has recorded fourteen times as a leader, including in solo piano, trio, quartet, quintet, big band and choral contexts. Throughout his time in the city, Malinverni has performed and recorded with a host of masters including Joe Lovano, Vernel Fournier, Charles Davis, Mel Lewis, Dennis Irwin, Jon Faddis, Karrin Allyson, Steve Wilson and many, many others. Malinverni has taught at William Paterson University and New York University and now serves as Head of Jazz Studies at the Conservatory of Music at Purchase College, State University of New York. These experiences, along with his work in inspirational settings such as the Devoe Street Baptist Church in Brooklyn (Minister of Music), the Westchester Reform Temple in Scarsdale, NY (Pianist and Conductor) and the Pound Ridge Community Church (Director of Music), have convinced him that music must be treated as a sacred gift, to be passed on freely to fellow musicians and listeners, with passionate control.
Pete Malinverni – On the Town – Pete Malinverni Plays Leonard Bernstein
Planet Arts Recordings – 302124 – Recorded April 11, 2021
Release date January 14, 2022