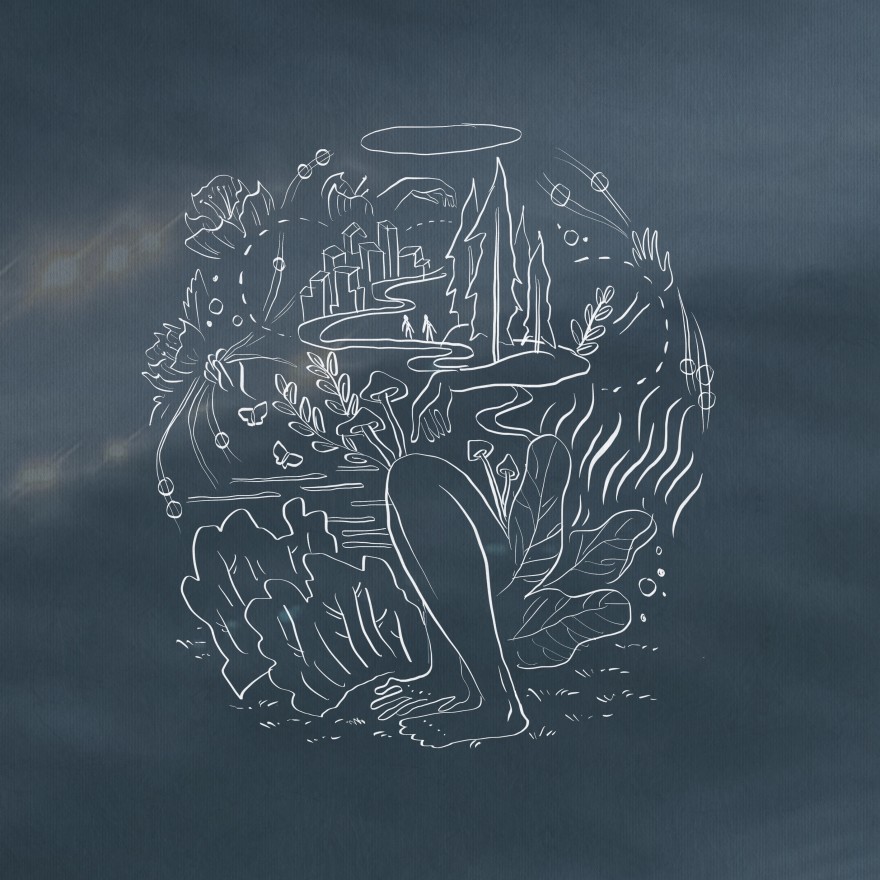 “A composer of enchanted, majestic soundscapes; a daring songwriter unafraid to break form, time, and harmony in pursuit of new truths; a poet full of mysterious yearning; an intensely subtle vocalist who can soar, glide, hover, shapeshift, and dive into the abyss — Claire is somehow all of these geniuses at once. ‘Cinematic’ barely covers it — she’s a world-builder…This album will stay with me for years to come. ” – Vijay Iyer

“Claire Dickson dares to be dreamy…the sound is completely one-of-a-kind, a flash of musicianship that has no comparison.” – Highclouds

Claire Dickson began recording the music for her debut album, Starland, while sailing on a tall ship in the Arctic Circle. The anchor was dropped near a beach covered with rocks, and as Dickson listened in darkness to the waves on the rocks she imagined a harmony to mimic and accompany the sound. Later that night, she sat in her bunk capturing what she heard with just her voice and a midi keyboard.

As Dickson created music upon her return home from the Arctic, she continued to be deeply affected by the simultaneous otherworldly and deeply personal experience of the undisturbed natural landscape in the Arctic. The result is Starland, a seven-song concept album and a remarkable debut from an artist who has gained respect in the New York music scene with her duo project Myrtle (co-led with songwriter Camila Ortiz) and as the lead vocalist for Chase Kuesel‘s new project (out Spring 2022 on Biophilia Records).

Starland shifts between art pop, jazz, and ambient music. “Arctic” opens the album with a majestic and haunting, wordless and heavily processed vocal, pulling the listener into a stormy, mysterious, and slow-moving sonic landscape. “Sea Change,” the second track, contrasts this introduction with a clear vocal floating over a light, percussive beat: “Do you want to be so in love that you break your own rule?” Although the moods of the two songs are disparate, they feel connected; Dickson artfully manipulates the density and affect of the sonic textures she’s working with to continuously spin new material.

The foremost instrument on the album, Dickson’s voice, is continuously transformed and creatively applied. Through the use of contact mics and vocal effects, Dickson’s agile, expressive voice  weaves in and out of the accompaniment in startling, compelling, and multiple ways. On “Snowglobe,” it forms the introduction as a growing cacophony, the lead vocal in an acrobatic and soft lyric, and the background, including bass notes, in raspy belts. On the title track, Dickson’s voice begins muted and reminiscent of a synth or trumpet before becoming enveloped by reverb-drenched breaths and cackles. Dickson draws from the lineage of vocalists like Laurie Anderson and Meredith Monk who use extended vocal technique and electronics to instrumentalize the voice, and with the unique character of her voice and inventiveness of her writing, she is an active contributor. 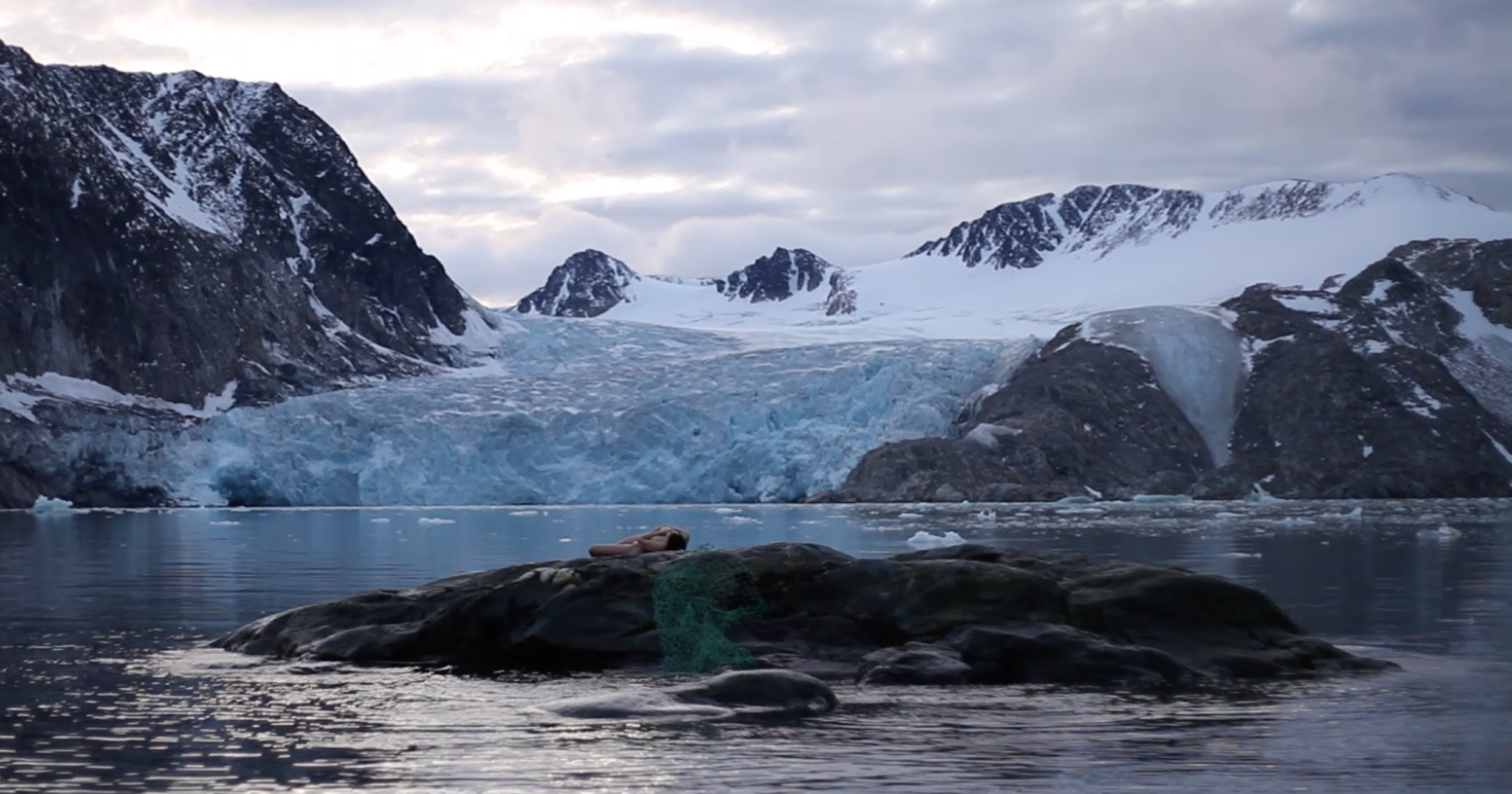 Dickson’s musical aesthetic sits in a nebulous inter-genre space. Highclouds remarked on Dickson’s “unique artistry” and “completely one-of-a-kind” sound. The ARTery described Dickson’s band Myrtle as “dreamy and strange.” Dickson, who started singing when she was a child, was homeschooled until attending Harvard as a psychology major. Her musical study and artistic practice followed a unique trajectory. An obsession with Ella Fitzgerald led her to train herself in jazz and improvisation and, as a late teen, songwriting. By the time Dickson graduated high school she had performed at the Kennedy Center as a Presidential Scholar in the Arts, Symphony Hall with the Boston Pops, Jordan Hall in one of Ran Blake’s annual film noir concerts, and received a full scholarship to attend Berklee College of Music. 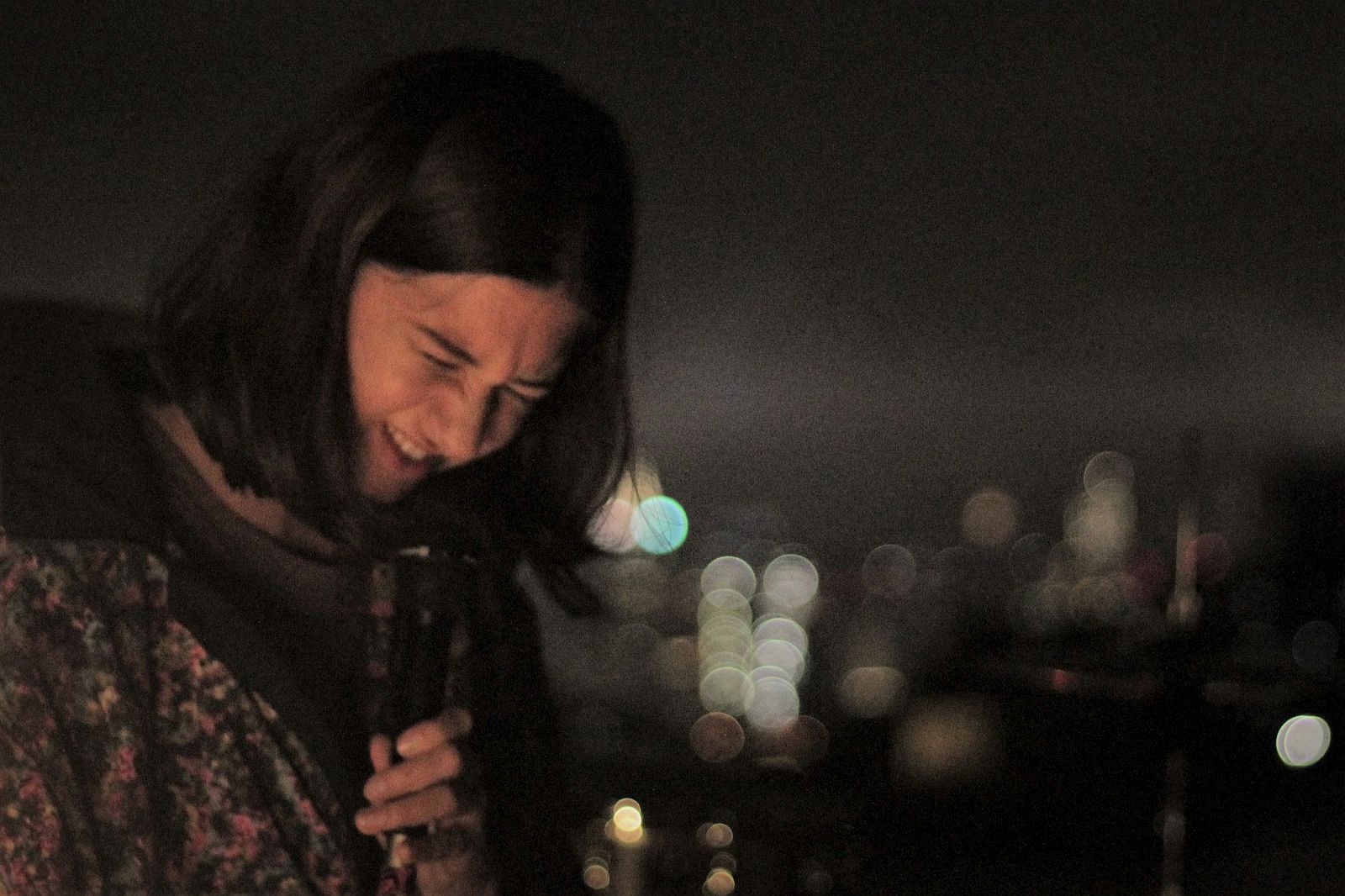 Claire Dickson is a vocalist, composer, and producer from Medford, Massachusetts currently based in Brooklyn. In addition to her solo work improvising with voice and electronics, she co-leads the duo Myrtle (with singer/songwriter Camila Ortiz), and collaborates with the Metropolis Ensemble and Chase Kuesel, among others. Her music has been featured on numerous spotify playlists including Dummy’s Best New Artists. She is a Presidential Scholar in the Arts and the recipient of eight DownBeat Student Music awards, the Robert Levin Prize in Musical Performance, the David McCord Prize in the Arts, and a Booth Fellowship. She has attended the Banff Workshop for Jazz and Creative Music and the Conservatorium van Amsterdam. She has been a member of Grammy Band, the Next Generation Jazz Orchestra, and Esperanza Spalding’s Sonic Healing Lab.
***
Composition, performance, recording, production: Claire Dickson
Guitar (track 1): Grey Mcmurray
Mixing and Mastering: Lee Meadvin
Cover art: Mingjia Chen