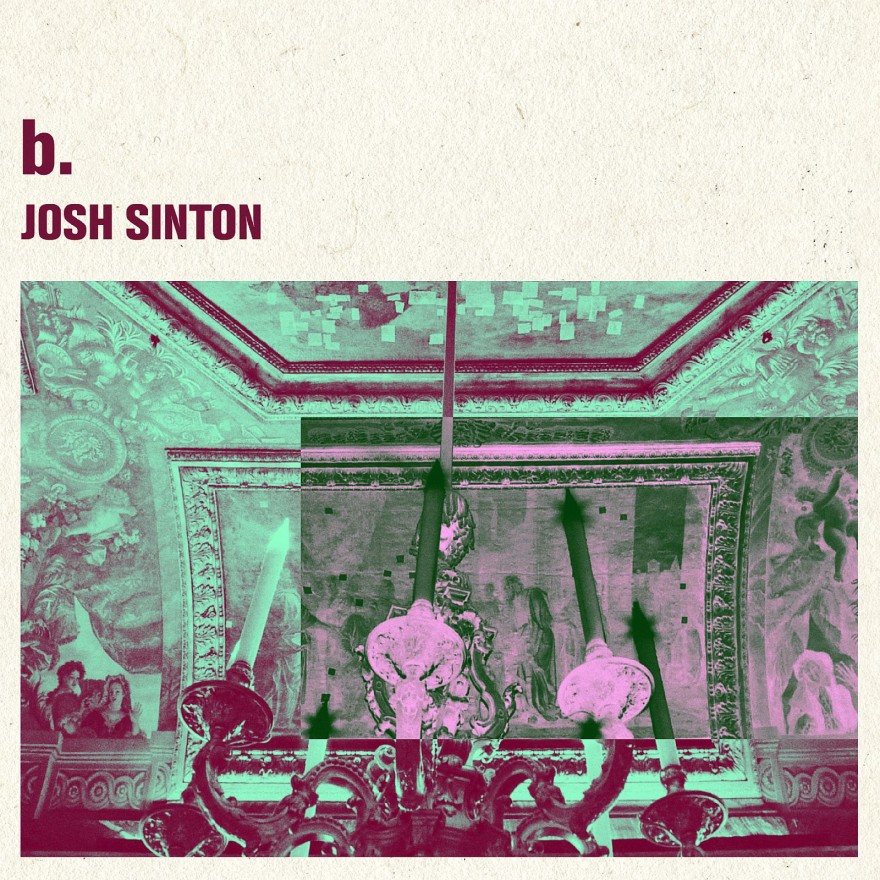 “Varied and exciting…Sinton shows that the baritone saxophone can also be an instrument of delicate and beautiful sounds.” – Jan Granlie, Salt Peanuts

“One of the most striking baritone saxophonists … he marks the age of 50 with nine baritone statements that show his intellectual and emotional range from laconic to angry.” – Rigobert Dittmann, Bad Alchemy

The album took two days to record but thirty years to prepare for. In the world of creative music, solo saxophone records are fairly common. But it is their commonplace nature that gave Sinton pause. “The world has more than enough solo saxophone albums. Of all kinds. It took me a long time to discover what I could offer, what I could put in the public square that wasn’t there already.”

b , is remarkable for its soulfulness as well as its intellectual rigor. From the barked gestures of “b.1.i” that open the record to the lyrical crooning of “b.1.iv,” it is clear that Sinton does not shy from emotional exposition. At the same time, the crystalline structures of “b.2.iv” and the constructivist architecture of “b.1.ii” speak to the long hours spent closely studying not only music, but also painting, science and literature. “When I was nineteen, I made a very conscious decision to commit myself to a life in music. Even back then I knew this was going to obligate me to try to manifest every part of my life in a musical format. Given that some of my life was very intellectual and some of it very emotional, some of it very angry and some of it very laconic, my music was going to cover a lot of ground. Of course, being nineteen I didn’t realize just how long it was going to take me to acquire the technical facility and listening experience this kind of proposition demanded.”

On first listening, b. gives the impression of being a known quantity: a series of free-form improvisations executed on the seemingly unsubtle baritone saxophone. That impression quickly dissipates the longer one listens. Although everything is played with enormous intensity, one can’t help but notice the unhurried quality of Sinton’s playing, the inevitability of each successive gesture and phrase. As well, the broad range of timbres, dynamics and musical subjects is something rarely heard in a solo recital. But the most surprising element of Sinton’s solo saxophone music is what he doesn’t play, the silence he strategically and frequently employs. “The baritone saxophone has always struck me as the most self-sufficient of all the saxophones. It has the kind of timbral palette that is so complete that I often don’t need to hear anything next to it. And while that’s wonderful, it means I’ve also had to wrestle with the fact that it often takes my ear a little longer to register the baritone’s activity. If there’s too much happening around it, if I’m playing too loudly too constantly, it makes it very hard for me to make sense of what I’ve heard. I’ve found that by making a sound and then making a silence, I have time and space to let my brain process the music.”

Silence as a fundamental structural unit in Sinton’s music shows up throughout the course of b. Most tellingly in “b.2.iii.” While the specific technique he’s using is an old one (found not only in the music Pharoah Sanders and Dewey Redman, but also Big Jay McNeeley and Ben Webster), he deploys it in a radically different way. Alternating between slabs of sound and dramatically silent moments, Sinton builds to an emotional crescendo that’s as much about his love about the blues as it is his commitment to the implications of his opening gestures. “Charles Olson is a favorite poet of mine and he wrote a hugely influential essay called Projective Verse in 1950. He discusses writing poetry as an act of venturing into an ‘open field’ and the form of a poem being an extension of its content. This immediately struck me as a very practical approach to both improvising and making music generally. It helped me hear the commonalities of artists like Cecil Taylor, John Butcher, Keith Jarrett and Julius Hemphill.”

And it is perhaps this aspect of b. that is its most unique feature: a commitment to musical form. Whether that form is the interplay of distinct musical objects in “b.2.ii” or the extended meditation on blues-based phrases in the epic “b.1.iii,” Josh Sinton’s improvisations are indeed “composed” as he indicates in the album credits. b. represents another sonic manifestation of Sinton’s philosophy that the difference between improvisation and composition is one of methods used rather than in sounds heard. 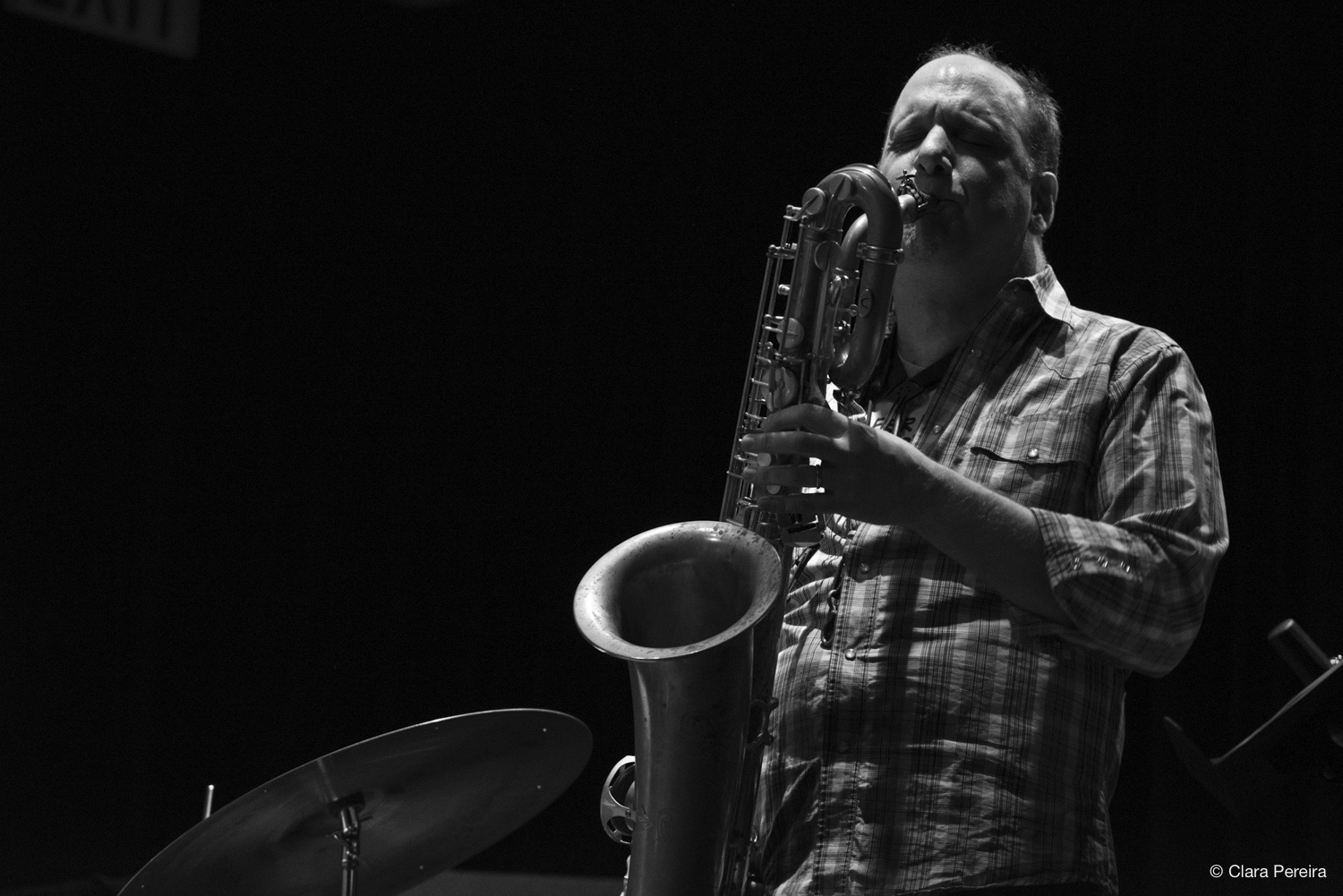 The release of b. will be celebrated with a series of solo concerts in the NYC area in early December. Dates and venues will be announced shortly.

June 3, 2022 – Reedist Josh Sinton (Ideal Bread, Nate Wooley quintet) and longtime friends Jed Wilson (pianist with Dominique Eade and Heather Masse) and Tony Falco (drummer with Tsiziji Munoz) reunited musically in the wake of Covid-19’s impact on the world. Affirming the invaluable ties of friendship and human closeness, they spent an afternoon playing free, lyrical and inspired music that will provide a much-needed balm for everyone.

August 12, 2022 – Josh Sinton performs Steve Lacy’s Book H of Practitioners – Baritone saxophonist Josh Sinton has been engaging with Steve Lacy’s first of three books of saxophone etudes for the past twenty years. After patient listening and investigation, he has recorded a deeply personal and exacting rendition of the six etudes Lacy wrote to challenge and inspire creative musicians and listeners of the twenty-first century.