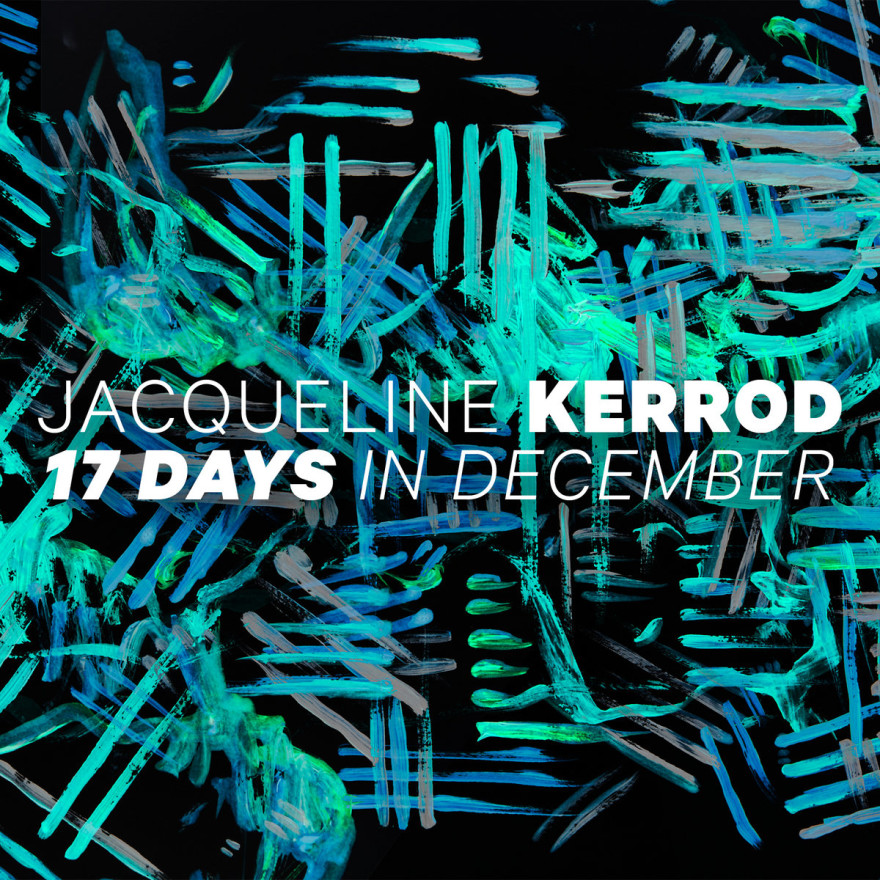 “Kerrod is a fearless improviser and experimentalist, using extended techniques in a fashion that would sound like mistakes in less sure hands.” – Mike Eisenberg, Avant Music News

“I sometimes think I should have picked a different instrument,” jokes South African-born harpist Jacqueline Kerrod.

Classically trained from the age of 9, Kerrod has had a vibrant and varied career as a freelancer in New York City. She has played principal harp with top orchestras and performed with elite chamber groups, contemporary music ensembles, and pop superstars like Anohni, Rufus Wainwright and Kanye West. But although she consistently worked at a very high level, these opportunities failed to provide an outlet for her own creative voice.

“Although I had dabbled in improvisation and writing my own music, it took a back seat as I continued my studies in the US and began my professional career in NYC. Even so, that little voice in my head was there, reminding me of the music I was really drawn to and my desire to make it myself.”

Kerrod’s journey of personal sonic discovery has now yielded her debut solo album, 17 Days in December, due out December 3, 2021 via Los Angeles-based Orenda Records. The album results from a month-long series of daily improvisations on acoustic and electric harp that Kerrod undertook in the basement of her home in Princeton at the height of the Covid-19 quarantine. But its origins date back long before the pandemic, to a six-year journey in a pop duo and the inspiration of working with master composer/improviser Anthony Braxton.

Kerrod was initially enlisted to play with the ensemble for Braxton’s opera “Trillium J.” That led to an invitation to join the saxophone innovator on the latest iteration of his musical system, ZIM Music – the results of which can be heard on his new 11-hour recording 12 Comp (ZIM) 2017. She later joined Braxton in duo performances in Europe and the US. Their performance from Bologna was released on the Italian label I dischi di Angelica in 2020. These opportunities became a plunge into the deep end of the improvised music realm for the harpist.

“I found it exciting and terrifying to be inside of those performances,” Kerrod recalls. “As a classical musician the process is so much about learning things perfectly and meticulously preparing so that you lessen the odds of messing up. I rarely felt free from needing to control the outcome. Playing with Braxton was such a shift because you have to be in the moment. That feeling of being able to move through unfamiliar territory and discover new things is such an adventure. I truly rediscovered my joy for music and my instrument.”

Prior to crossing paths with Braxton, Kerrod was immersed in the realm of new music with the likes of the International Contemporary Ensemble (ICE), the Argento Chamber Ensemble, Talea Ensemble, Wet Ink, Alarm Will Sound and Metropolis Chamber Ensemble; and she championed South African composers with more than a dozen works written for her. She also branched away from the classical world as half of the pop duo Addi & Jacq (with vocalist Addi McDaniel), where she developed her skills on the electric harp using guitar pedals and a looper, and with songwriting.

“Having all of these experiences with different genres and approaches opened up a whole new world of music to me,” Kerrod says. “Through them I started my listening journey into the world of free improvised music, free jazz, country blues, you name it! I realized that there are no boxes that one needs to climb into. You can and should always be yourself.”

Kerrod set up a basic studio at home to continue her evolution, but the lockdown accelerated the process and led to the experiments that comprise 17 Days in December. The harpist set out each day with no fixed agenda or any intention of releasing the results formally. She simply set a timer for 40 minutes, started recording, and let her ideas flow. There is no overdubbing or looping on the album, and no preparations on the harp. She used a screwdriver-like harp tool on one track (“December 5: Screwed”) a small glass bowl on another (“December 28: Glassy Fingers”) and a viola bow (December 29: Rust On Bow) and used delay, whammy and distortion/overdrive pedals on her electric harp. Two acoustic tracks (December 7: Gentle Jangle and December 2: Fluttering Alberti) use software effects in Ableton. Otherwise, the improvisations make use of the natural sounds possible with the unaltered harp..

The shimmering opening track, “December 1: Trill to Begin,” draws directly from one of Braxton’s twelve Language Musics. The trill was Kerrod’s solution to Braxton’s Long Sounds language, sustaining a drone despite the harp’s natural tendency for sonic decay. The warped menace of “December 21: Chatterbox” introduces the unusual sounds of her electric harp. Each day’s improv wrings rich discoveries from a different notion, from abstract memory of jazz on “December 9: An Impression” to agitated frenzy on “December 8: Sugar Up” to repurposed classical technique on “December 2: Fluttering Alberti.”

“In retrospect, these seventeen improvisations feel like a personal celebration,” Kerrod concludes. “At the time I felt like the top blew off and the music came tumbling out. I felt an incredible amount of joy, truth, warmth, clarity, and reverence for all the sounds – including those I was taught not to make! I want to continue reveling in that feeling, alone and with others, in whatever forms that may take.” 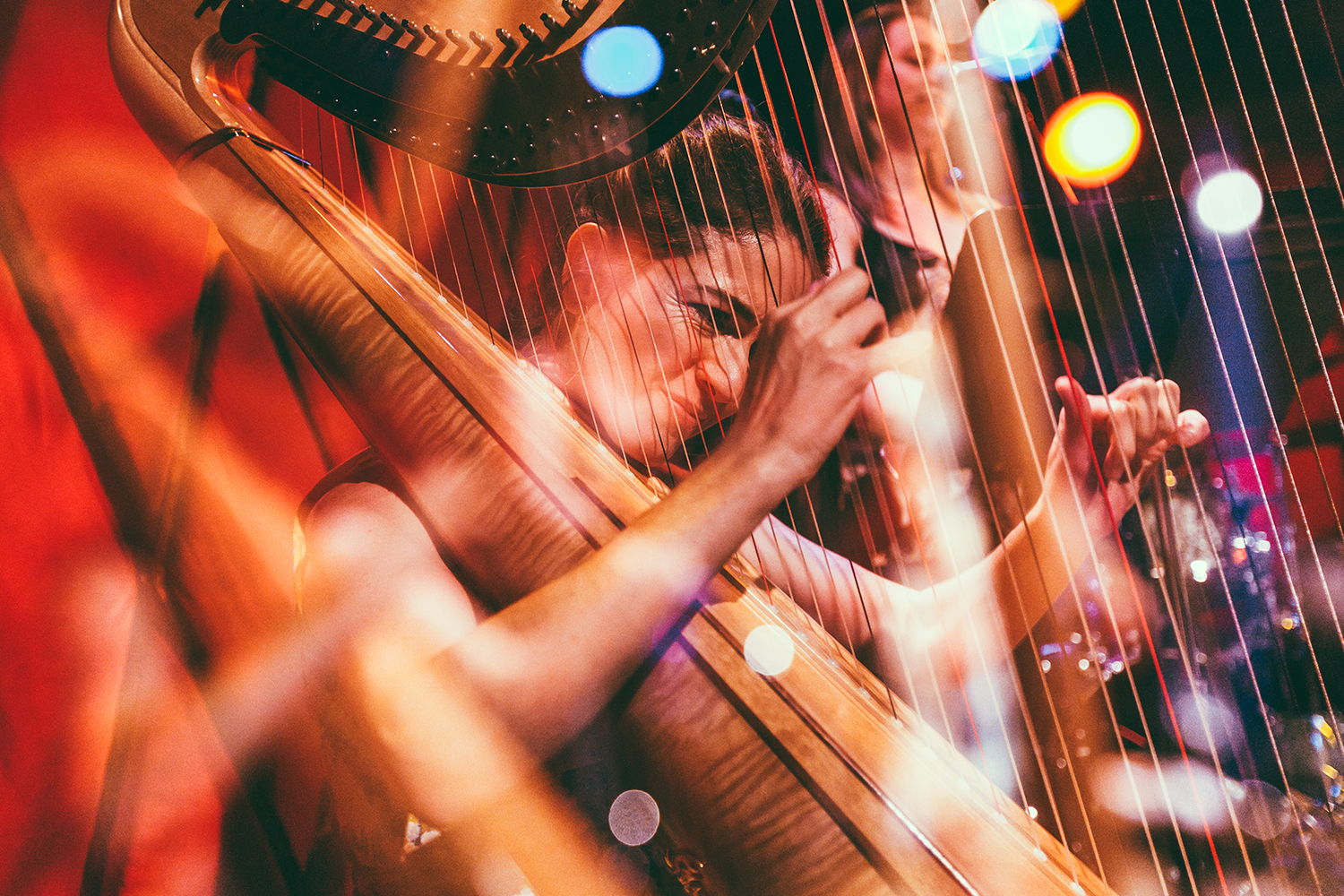 Jacqueline Kerrod
South African harpist Jacqueline Kerrod is perfectly at home across multiple genres and performs throughout the United States and Europe. Most recently, she has been touring internationally with composer and multi-reedist Anthony Braxton, both in duo and as part of his ZIM music ensemble. She was a founding member and co-songwriter of the genre-bending duo Addi & Jacq, who were winners of NYC’s Battle of the Boroughs in 2015, and recently toured her show, “Harps Uncovered” featuring vocalist Hannah Sumner through 12 states of the US. Described as an “eclectic harpist” by Lucid Culture, her discography includes a recently released duo with Braxton, three self-produced albums with Addi & Jacq, Greg Spears’ Requiem, Robert Paterson’s Star Crossing and Book of Goddesses, and MAYA’s In The Spirit. Kerrod has performed with Kanye West, Antony & the Johnsons, Jane Birkin, Rufus Wainwright, Santigold, Jónsi & Alex, to name a few.
Jacqueline Kerrod – 17 Days in December
Orenda Records – Orenda 0093 – Recorded Dec. 1-30, 2020
Release date December  3, 2021