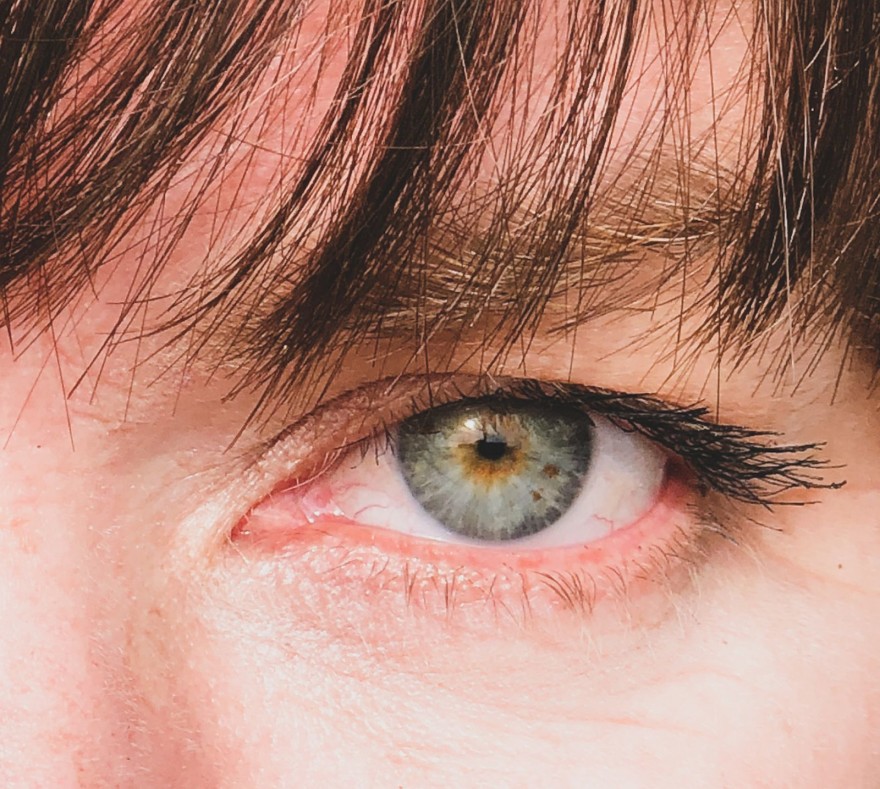 Bassoonist Sara Schoenbeck engages in adventurous dialogues with some of creative music’s most inventive voices on her new self-titled album
“Sara Schoenbeck [is] one of the only bassoon practitioners to truly and successfully fold the instrument’s sound into the realm of chamber jazz.”  – Dan Bilawsky, All About Jazz
“Schoenbeck demonstrates the full sonic palette of the modern bassoon as a classical instrument that feels at home in many musical arenas.” – Eyal Hareuveni, The Free Jazz Collective
Throughout her career, Sara Schoenbeck has dedicated herself to discovering, exploring and expanding the role of the bassoon in contemporary composition and improvised music. Key to that development has been the relationships she’s forged with her fellow musical innovators. On her new self-titled album, Schoenbeck reconnects with several of her most intrepid collaborators – peers, mentors, inspirations and even family – for an adventurous and captivating set of dialogues.

Sara Schoenbeck offers a vivid, wide-ranging argument for the versatility and beauty of an instrument that remains a rarity in improvised music circles. Within that realm Schoenbeck has become nearly synonymous with the bassoon, a first call for any creative musician looking to incorporate its unique qualities into their sonic palettes. The evidence is reflected in the singular artists with whom Schoenbeck duos on her new release: drummer Harris Eisenstadt, flutist Nicole Mitchell, guitarist Nels Cline, saxophonist Roscoe Mitchell, pianist Matt Mitchell, bassist Mark Dresser, keyboardist and electronic musician Wayne Horvitz, cellist Peggy Lee, and pianist/vocalist Robin Holcomb.

“Collaboration is so central to my musical life,” Schoenbeck says, “that when I was offered the opportunity to record as a bandleader I wanted to make a bit of a survey of the people that I’ve loved playing with and have made an impact on my musicianship. Of course there are many more than are represented on this record, but I also wanted to create a series of vignettes that come together to feel like a single unified piece.”

Each piece on the album is tailored to Schoenbeck’s duo partners, ranging from compositions to free improvisation to songs that fit the individual and the collaboration between them. The tracks were recorded over a two-year period interrupted by the Covid pandemic – and by Schoenbeck’s own bout with the virus. The focus of the music, however, is not the events in the outside world but the distinctive space Schoenbeck has carved out for the bassoon.

“My compositions are always inspired by my world, and finding a meaningful space for other instruments in the sound world of the bassoon. I feel like the bassoon is an incredibly flexible instrument, as well as a really awkward one – but with that awkwardness can come great beauty. I set out to play in as many different styles of music as possible while maintaining the inherent qualities of the bassoon, not making it sound like some other instrument. I like the bassoon best in an intimate playing situation, because it’s a quiet instrument. That’s why I thought of a series of duos with some of my favorite musicians.”

The album begins with “O’Saris,” a piece that Schoenbeck wrote for her partner in life as well as music, drummer Harris Eisenstadt. The two have been performing the piece throughout much of their two-decade history as a duo, and their profound personal and musical connection imbues the recording’s tidal surges of sinuous melody and shimmering multiphonics. The bassoonist is joined by flutist Nicole Mitchell on the three-movement “Sand Dune Trilogy,” a dedication to pioneering microtonal bassoonist Johnny Reinhard. The opposing registers of their instruments weave and flutter around one another through the meditative overture, the slow grooves of the middle section and the dirge-like coda.

Schoenbeck taps into the catalogue of slowcore band Low for “Lullaby,” her duo with Nels Cline. It’s an ideal choice for the guitarist, who has blurred the lines between rock and experimental music throughout his work, whether leading the explosive Nels Cline Singers or touring and recording with Wilco. The achingly beautiful “Absence” was penned in tribute to Schoenbeck’s friend and fellow bassoonist Marcuselle Whitfield, who passed away at the age of 28 in 1998. The piece is an intimate dance between the composer and the boundless bassist Mark Dresser.

Schoenbeck opted to use compositions by two of her collaborators for their duos. She commissioned “Auger Strokes” from pianist Matt Mitchell, whose typically dense material here makes liberal use of empty space. The album concludes with “Sugar,” a gorgeous song by Robin Holcomb – in whose quartet Schoenbeck has played for the last decade – that makes stunning use of the bassoon’s potential for tender elegance.

The remaining pieces are free improvisations, including two with some of Schoenbeck’s most longstanding musical partners: eclectic keyboardist Wayne Horvitz and exploratory cellist Peggy Lee. On the pointillist ”Anaphoria,” dedicated to composer and instrument builder Kraig Grady, Schoenbeck and Horvitz delve into an entrancing landscape of subtle gestures, ephemeral textures and intimate communion. “Suspend a Bridge” veers toward the fringes of Schoenbeck’s and Lee’s sonics, alternately stark and violent.

The most recently established relationship on the album is with the legendary multi-instrumentalist Roscoe Mitchell, founder of the Art Ensemble of Chicago and charter member of the Association for the Advancement of Creative Musicians (AACM). The pair engage in a taut exchange of minimalist expressions throughout the brief but impactful “Chordata,” which Schoenbeck calls “an education… in the continued development of granular ideas.”

From the outset, the development of Schoenbeck’s distinctive voice has been paired with a sense of mission, establishing a vital place for the bassoon in the creative music world. It’s fitting, then that she’s decided to title this album Sara Schoenbeck, as it so brilliantly makes its case merely through the diversity and emotion she displays on the instrument and through her interactions with some of the music’s most extraordinary artists. 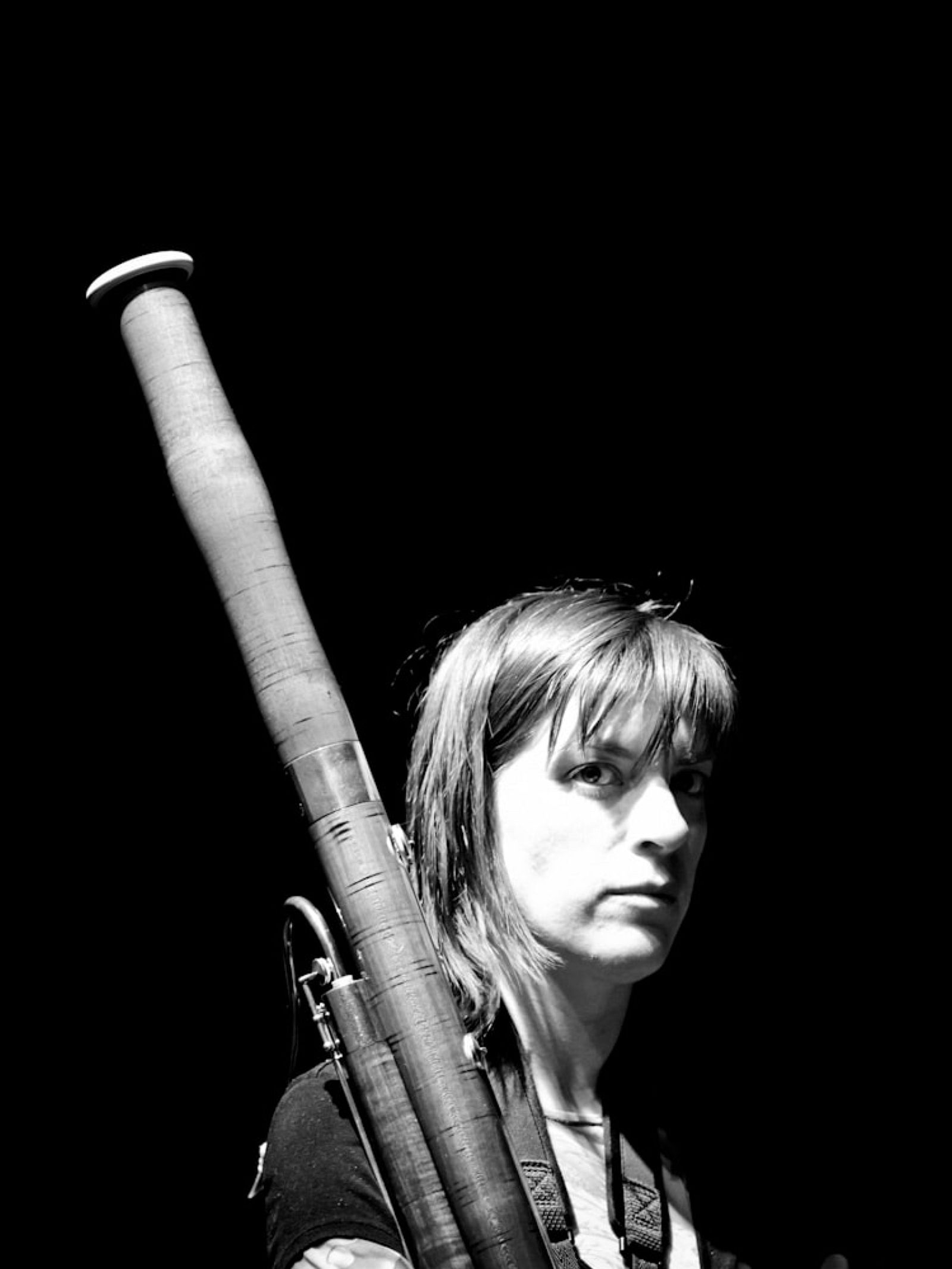 Pianist-composer Kris Davis founded Pyroclastic Records in 2016 to serve the release of her acclaimed recordings Duopoly and Octopus (with Craig Taborn) with the goal of growing the label into a thriving platform to serve cutting-edge artists. In 2019, Davis launched a nonprofit to support those artists whose expression flourishes beyond the commercial sphere. By supporting their creative efforts, Pyroclastic empowers emerging and established artists — including those on its 2021 roster: Benoit Delbecq, The Weight of Light; Ches Smith, Path of Seven Colors; Mary Halvorson/Sylvie Courvoisier Duo (Fall 2021); and Tony Malaby (Fall 2021)— to continue challenging conventional genre-labeling within their fields. Pyroclastic also seeks to galvanize and grow a creative community, providing opportunities, supporting diversity and expanding the audience for noncommercial art.