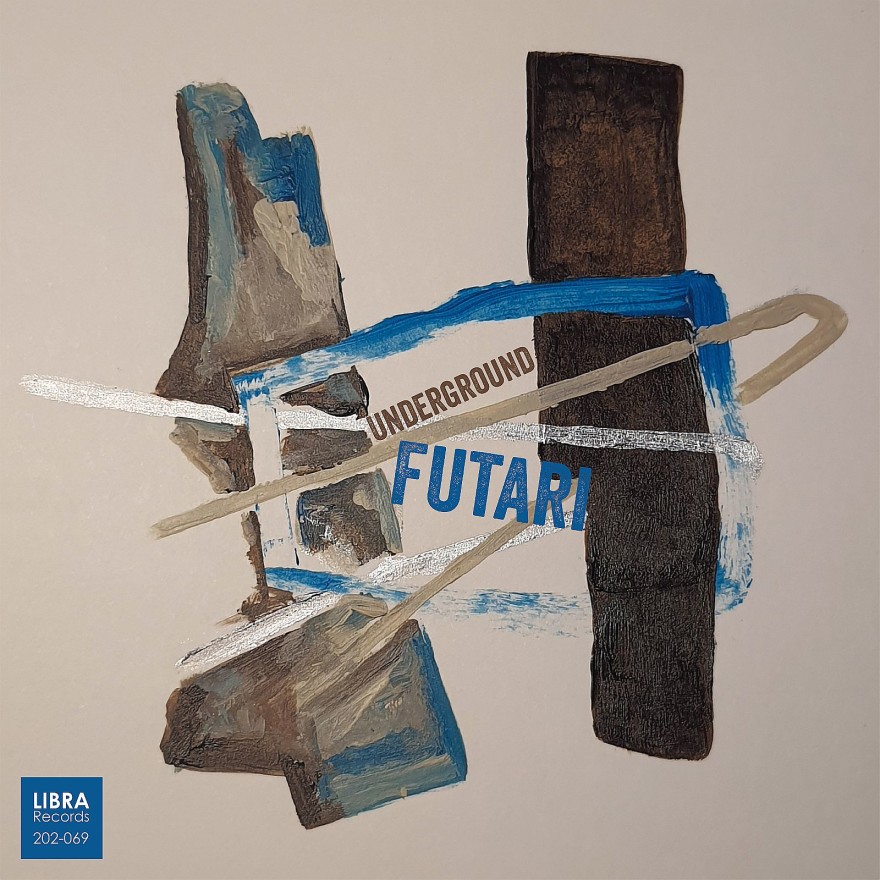 Pianist-composer Satoko Fujii and mallet virtuoso Taiko Saito delve deeper into their duo project with the help of the Internet to make “real, free art”

“The always adventurous pianist-composer teams with vibraphonist Taiko Saito . . . for a beautifully surreal journey.”—Dan McClenaghan, All About Jazz

“Saito and Fujii are one-of-their-kind adventurous and highly imaginative improvisers. It is clear that Fujii found in Saito a musical partner that can navigate her into uncharted sonic territories.”—Eyal Hareumeni, Salt Peanuts

Half a world away from each other, pianist-composer Satoko Fujii and vibraphonist Taiko Saito recapture the delicate intensity of their duo, Futari, on their new CD, Underground. After the pandemic prevented an in-person reunion during a planned European tour, Fujii and Saito agreed to carry on by exchanging sound files over the Internet. Although the format is remote, the resulting music is, if anything, even more intimate and compelling than their debut album, Beyond, which was recorded live in the studio.  “When we started Futari, I had no idea how it would come out. Then our debut tour and CD came out so well,” Fujii says. “Making Underground made us go deeper into our collaboration.”

In the liner notes, Taiko explains that she approached her responses to Fujii’s music in different ways. Sometimes she listened several times to Fujii’s file and then improvised. Sometimes she would go back in and add another layer of sound, or change what she’s already played.

Fujii worked in much the same way. “At the very beginning of this project, I listened to the music she sent me several times and then I just played along to it,” she says. “But when I played along to ‘One Note Techno Punks’ and ‘Finite or Infinite,’ I tried several times, and I didn’t like what I played. [Husband and trumpeter] Natsuki [Tamura] suggested that I ‘sing’ on ‘One Note Techno Punks.’ I did it once and I really liked it, but I wanted more, so I overdubbed another vocal track. On ‘Finite and Infinite,’ I assembled short phrases in a way that I liked; it’s the ‘Lego approach’ that I used on Piano Music. On some pieces we both did Lego construction.”

“I know many musicians and fans may think that we cannot make true music this way,” Fujii continues. “But I think this is just another way that we can make true music. We can fix all the notes before we play, we can improvise, and we can exchange music files online to make music. Actually, the reason I love music is because we can approach it in many ways. Music is 200-percent open to any approach you take to it. It is real, free art.”

Whatever the methods that Fujii and Saito use, they create a sound world unlike any other. It’s a beautiful, enigmatic space where conventional distinctions between sound and musical note, between timbre and melody, between spontaneous and composed, blur and fuse into a single visionary statement. So close are their interactions that it’s often hard to tell what instrument—piano or vibraphone—is making the music you’re hearing. The slowly pulsing, richly detailed title track has a massive sound presence, with textures and cryptic melodies playing across its surface. “Break in the Clouds” finds Fujii’s piano lines threading their way through billows of translucent waves of vibraphone. The give and take on “Frost Stirring” with its intertwining melodies and blending textures, is the closest approximation of a live performance. The intricately layered “Finite or Infinite” piles dancing phrases atop one another in a lively, joyful performance. Over and over again, on pieces like “Air” and “Street Ramp,” and “Memory Illusion,” Saito proves to be a wholly original voice on mallet instruments, her extended techniques, firm sense of time, and startling timbres creating arresting accompaniment for the equally inventive Fujii. 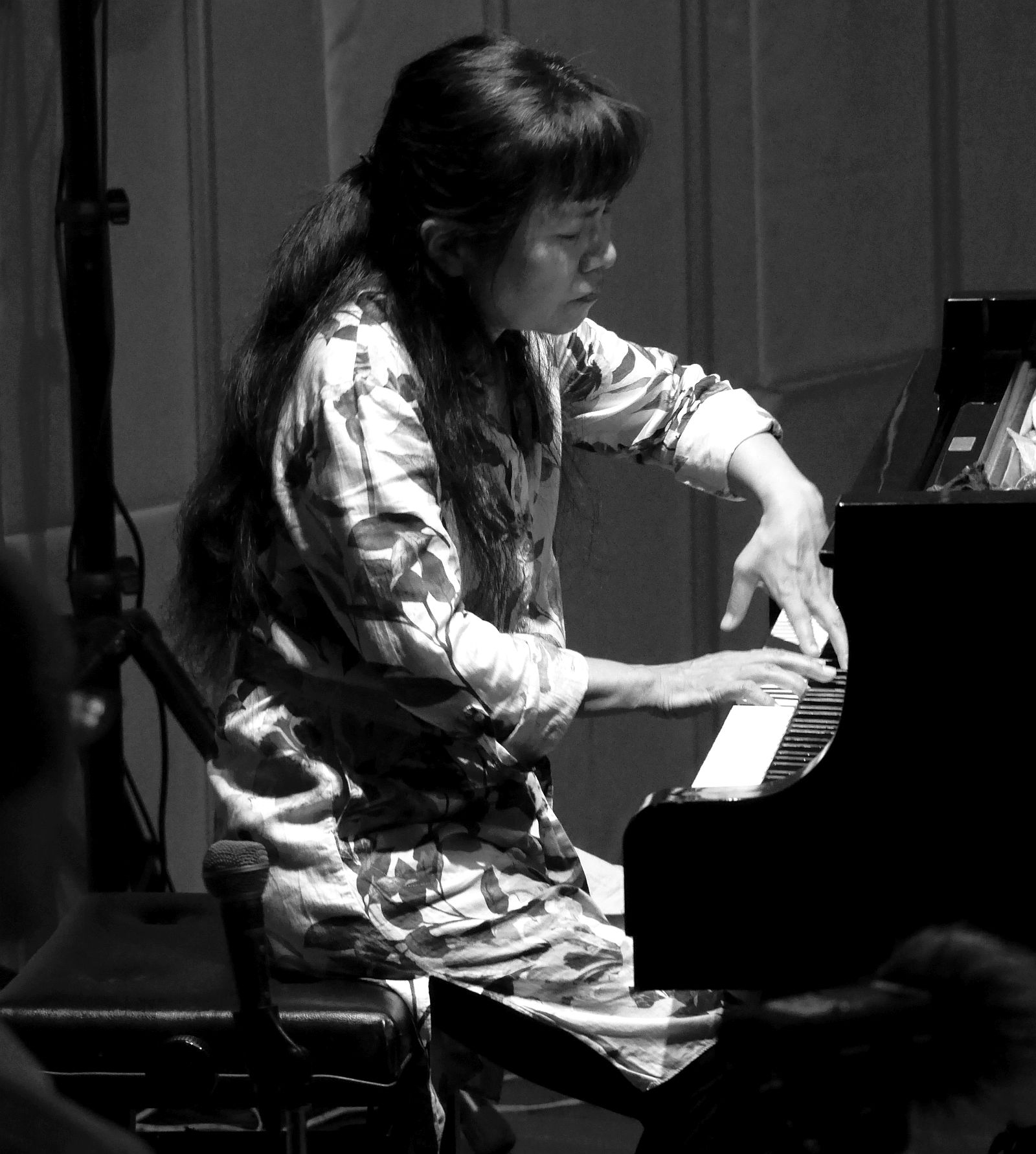 Pianist and composer Satoko Fujii, “an improviser of rumbling intensity and generous restraint” (Giovanni Russonello, New York Times), is one of the most original voices in jazz today. For more than 25 years, she has created a unique, personal music that spans many genres, blending jazz, contemporary classical, rock, and traditional Japanese music into an innovative synthesis instantly recognizable as hers alone. A prolific composer for ensembles of all sizes and a performer who has appeared around the world, she was the recipient of a 2020 Instant Award in Improvised Music, in recognition of her “artistic intelligence, independence, and integrity.”

Since she burst onto the scene in 1996, Fujii has led some of the most consistently creative ensembles in modern improvised music. Highlights include a piano trio with Mark Dresser and Jim Black (1997-2009), and an electrifying avant-rock quartet featuring drummer Tatsuya Yoshida of The Ruins (2001-2008). In addition to a wide variety of small groups of different instrumentation, Fujii also performs in a duo with trumpeter Natsuki Tamura, with whom she’s recorded eight albums since 1997. She and Tamura are also one half of the international free-jazz quartet Kaze, which has released five albums since their debut in 2011. Fujii has established herself as one of the world’s leading composers for large jazz ensembles, prompting Cadence magazine to call her “the Ellington of free jazz.” 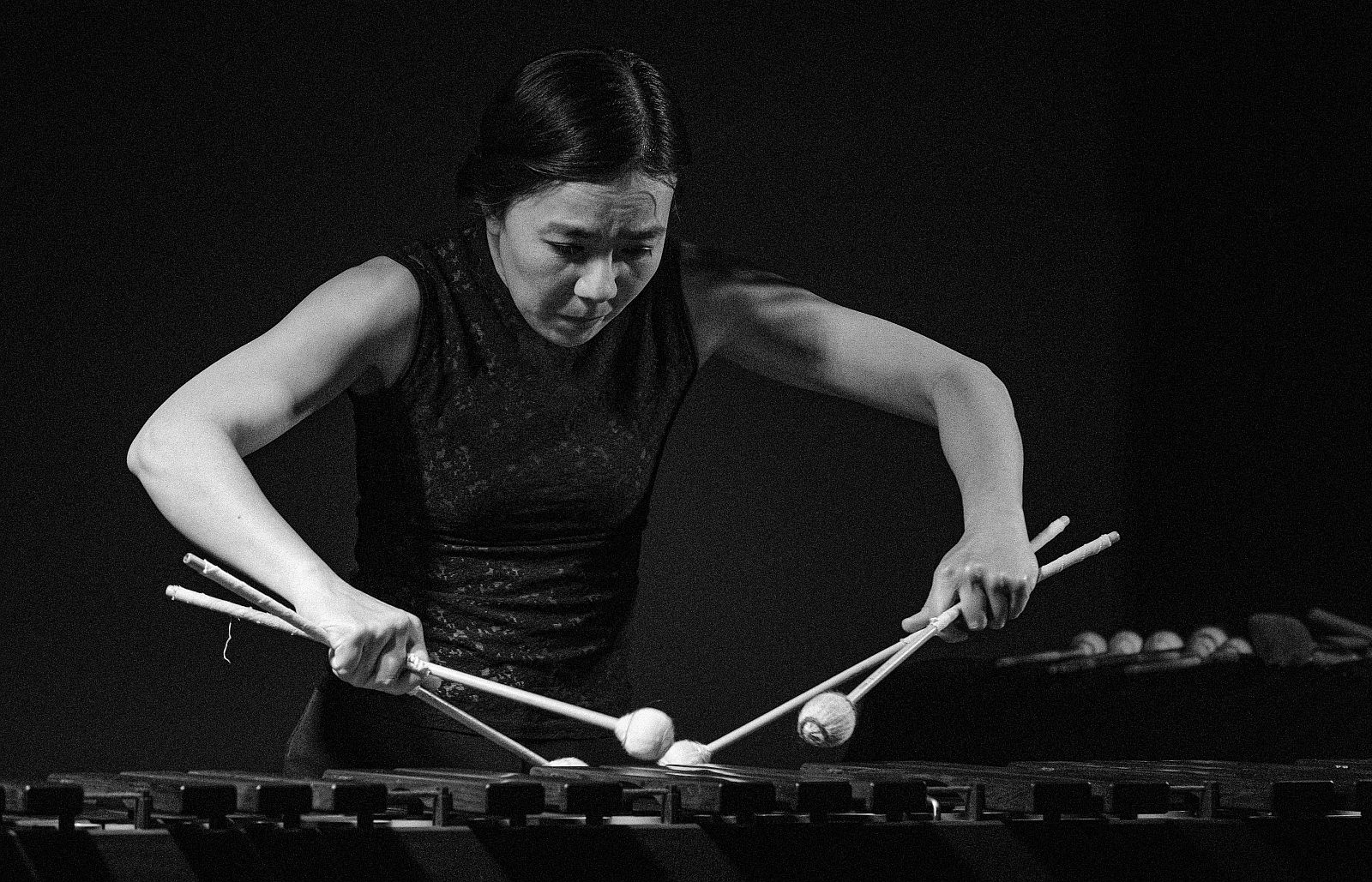 Award-winning mallet player-composer Taiko Saito was born in Sapporo but currently lives in Berlin. She studied with marimba virtuoso Keiko Abe and studied classical marimba and percussion at the Toho School of Music. In 1997 she began to improvise and to write music, and moved to Berlin, where she studied vibraphone and composition with David Friedman at the Universität der Künste Berlin. In 2003 she founded the marimba/vibraphone-piano duo with German jazz piano player Niko Meinhold. Their album Koko was released in 2005 and Live in Bogotá was released in 2014. Reed player Tobias Schirmer joins them to make the trio Kokotob. Together with Rupert Stamm, she also created the jazz mallets duo Patema whose recording was released by Zerozero in 2007. She is a founding member of the Berlin Mallet Group, which also includes her former teacher Friedman. She also performs with Fujii, Natsuki Tamura, Schirmer, and percussive dancer Mizuki Wildenhahn in Puzzle. She played with Mary Halvorson at the Berlin Jazz Festival in 2019, and with Silke Eberhard at the Moers Jazz Festival and Berlin Jazz Festival in 2020.