“a progressive and creative orchestrator of new music in a way that few can claim.” — Michael G. Nastos, All Music Guide
“Darrell Katz is the heir to the great George Russell–composer, arranger, innovator par excellence. Just as Russell invented the Lydian Chromatic Concept of Tonal Organization… Darrell Katz has redesigned and integrated song form into the ‘jazz’ orchestration and attracted major soloists to his visioning of the art.” — Steve Day, Sandy Brown Jazz

The artistic vision of jazz composer Darrell Katz recognizes no boundaries and Galeanthropology is a varied showcase of his genre-spanning interest in American music from Jimi Hendrix’s “Belly Button Window” to original jazz-art song settings of the poetry of Paula Tatarunis. Working with the drummer less ensemble OddSong, which gracefully blends composition and improvisation into seamless performances, the album ranges from gritty blues to sublime meditations on the vagaries of life.

Settings of poems by Katz’s late wife, Paula Tatarunis, are among the highlights of the album. Few modern composers, in any genre, are as good as Katz at composing music for voice that reinforces the meaning of words. Sung with luminous transparency by vocalist Rebecca Shrimpton, “Guiding Narrative” is a poignant poem about the inevitability of misfortune in life. It features a melody seamlessly linked to the cadence of the words, while rhythmic phrases from the marimba and saxophones provide jazzy propulsion, and the instrumental scoring shades and deepens the meaning. Violinist Helen Sherrah Davies’ rhapsodic, melancholy solo beautifully encapsulates the poem’s rueful irony and sadness. The final line of the poem was originally scored for voice and violin, but Katz ended up scoring for a trio of voices. Written while Katz was recovering from knee replacement surgery, the poem is the source of the band’s name. “I was in the hospital, having a difficult time with my recovery from surgery,” Katz says. “And so it’s about me—I was lost in the forest of the night. Not only did it give me the name of the group, but it was a name that Paula called me.”

A little studio manipulation helped create the moving “Women Talking.” When the group performed it live, women members of the band talked among themselves at the opening of the song. But Katz didn’t feel it had the comforting quality he wanted, so he gave lines that Tatarunis had written to female members of the band, then created a collage of voices in the studio. The music shadows the words sometimes echoing them (the droplets of marimba notes when Shrimpton sings “rain whispering”) and sometimes amplifying the beautiful melancholy of the poem. Phil Scarff interweaves a lovely soprano sax solo into the ensemble and a collective improvisation is perfectly integrated into the flow of the score.

Vocalist Shrimpton (whose virtuosic solo rendition of Mingus’ “Duke Ellington’s Sound of Love” is an album highlight) recites “Outta Horn,” the story of a discouraged poet inspired seeing John Coltrane in a club, told in what Katz describes as Tatarunis’ “detective novel/film noir” voice. The accompanying music offers a commentary on the story that balances composition and improvisation. “There are scored passages, but also section that include only directions as to what person is playing and when, when everybody stops or what approach they should take; it’s mapped out,” Katz explains. “So, each performance has some kind of similarity to the others, but there are important differences.”

The title track, a witty and loving tribute to Tatarunis written by Katz, is playfully humorous (much like Tatarunis’ poetry often is) with a tender emotional twist at the end. The title derives from a mental condition in which patients believe they are a cat. The music is playful with the words—for instance, there’s a quote of Charlie Parker’s “Ornithology” in response to the question “Wouldn’t you really rather be a bird?” Alto saxophonists Rick Stone and Lihi Haruvi, in another nod to Parker, are the soloists.

Arrangements of “Sweet Baby James” and the Standell’s garage band anthem “Dirty Water” have their origin in Jazz Along the Charles, a 2018 outdoor concert in Boston during which jazz groups played their interpretations of Boston-related songs. Instead of the original spoken introduction to “Dirty Water,” Katz substitutes “Microtonal.” The tough guy persona of the poem’s voice fits with the song’s outlaw sensibility, but Katz’s abstract setting contrasts with the song’s famous rhythmic hook. Baritone saxophonist Melanie Howell Brooks uses that hook to propel her flowing, blues-inflected solo. Musically related, are settings of the folk song, “I Am a Poor Wayfaring Stranger,” Jimi Hendrix’s “Belly Button Window,” and Katz’s bruising ballad original, “The Red Blues,” an homage to Julius Hemphill. Katz translates them into the sound world of OddSong with his own riffs and rhythmic figures, tart and often surprising harmonies, and opens them to the band’s superb soloists.

OddSong handles the many demands of the music with graceful flair. Comprised of a saxophone quartet with violin, marimba, and voice, OddSong walks a fine line between classical chamber ensemble and big band sax section. Their passionate engagement with music, from the unclassifiable fusion of jazz and classical elements in “Guiding Narrative” and “Women Talking” to the jazzy harmonies and funky swagger of “Dirty Water” and “Belly Button Window,” indicate a band perfectly in tune with its leader’s vision. The instrumentation gives Katz plenty of opportunity to work with unusual textures and timbres and the group displays a fine-tuned balance that allows all the colors to shine through. 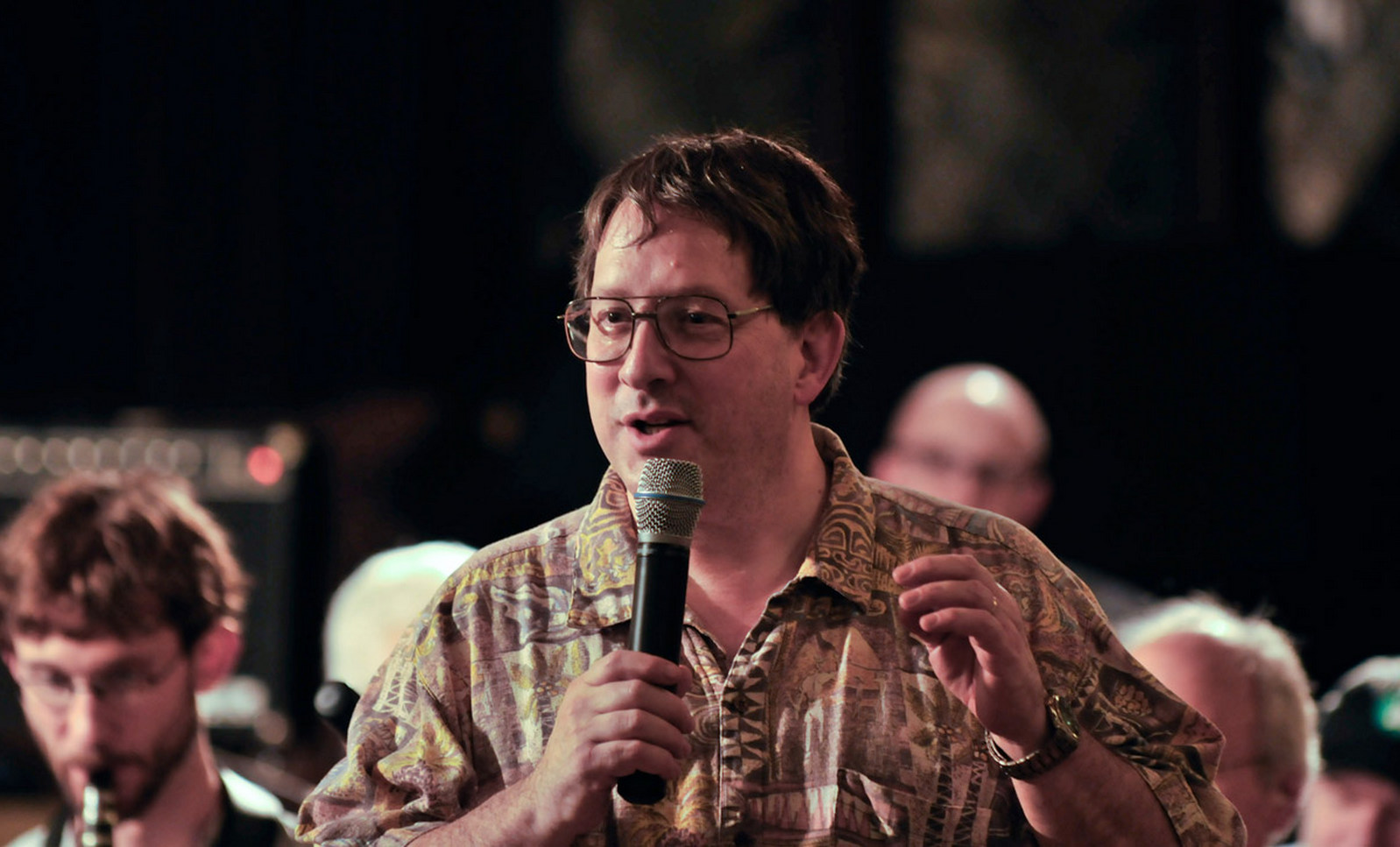 Musician-composer-bandleader-educator Darrell Katz is a composer of uncommon range and broad vision, able to weave influences from every musical sphere into his own unique voice. The Boston Phoenix called him, “one of Boston’s most ambitious and provocative jazz composers.” As director of the Jazz Composers Alliance (JCA), an organization he helped found in 1985, Katz has documented his large ensemble work on 10 previous CDs with the Jazz Composers Alliance Orchestra. His JCA Orchestra album Wheelworks was named one of DownBeat’s best CDs of 2015. He debuted his smaller OddSong ensemble in 2016 with Jailhouse Doc with Holes in Her Socks. Lynn René Bayley, writing in Art Music Lounge, called it “one of the most fascinating jazz albums of 2016, possibly one of the finest albums I’ve heard regardless of genre.” Jerome Wilson, of All About Jazz says “Listening to Darrell Katz’s music, it boggles the mind that he is not celebrated as one of the best jazz composers/arrangers around. He has been creating ambitious and accessible works full of humor, social conscience and creativity for decades…”