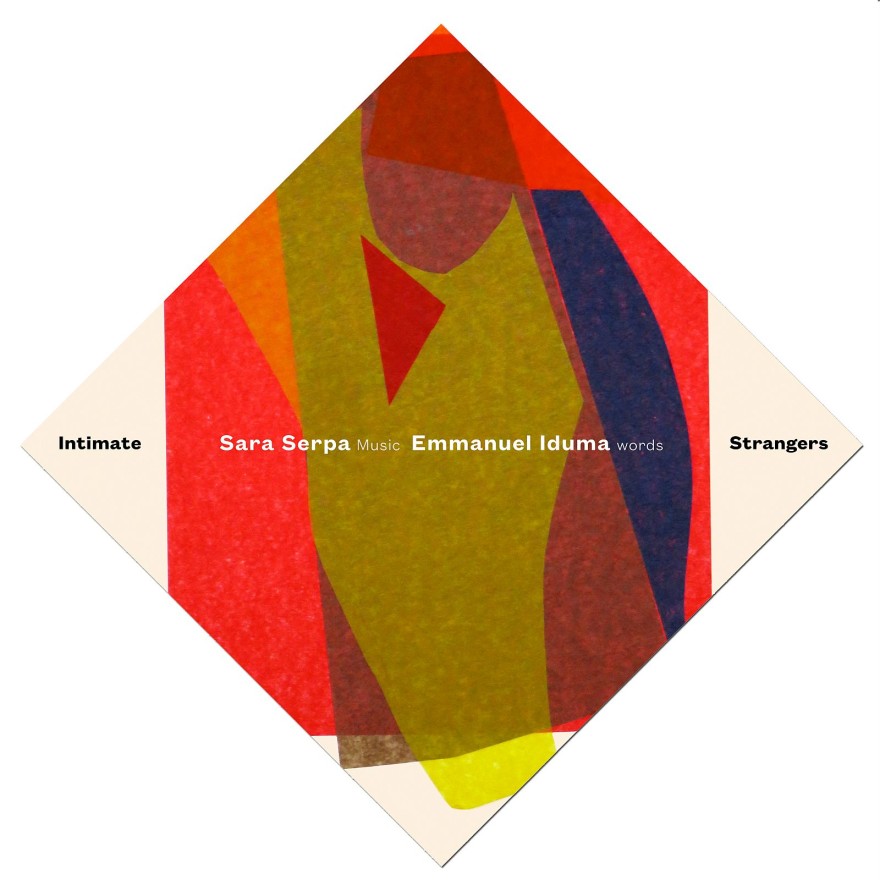 There’s no better way to connect with the humanity of a stranger than to hear their stories and to share our own. On their poignant and striking new collaboration, Intimate Strangers, the extraordinary vocalist-composer Sara Serpa and the Nigerian writer Emmanuel Iduma traverse the African continent, sharing the author’s personal journey and collecting the tales of fellow travelers and migrants he meets along the way. Through Iduma’s insightful text and Serpa’s transcendent music, the lens widens to explore the struggles and emotions experienced by anyone who’s left their roots behind to seek the uncertain promise of a distant horizon.

Intimate Strangers draws from Iduma’s 2018 book A Stranger’s Pose, which recounts the writer’s travels through more than a dozen African cities, combining travelogue, memoir and meditations on migration and displacement. The album also continues a narrative that Serpa began with her 2020 release Recognition: Music For a Silent Film, which grappled with the legacy of Portuguese colonialism in Africa via her own family’s history. Intimate Strangers is, in a way, the mirror image of that project, gazing back at colonial powers from the vantage point of Africa itself.

“There were a lot of stories in Emmanuel’s book that really resonated with me,” Serpa explains. “While Recognition dealt with my country’s past relationships with Africa, I felt like his book presents a much-needed perspective of what borders actually mean. Through his travels and encounters with so many people just trying to cross into Europe, Emmanuel raises all these questions about traveling, migrating and leaving your home behind.”

Commissioned by John Zorn, Intimate Strangers premiered at Brooklyn’s National Sawdust in November 2018 as a multi-media performance combining Serpa’s music, Iduma’s narration, and photographs  from the author’s book. In recorded form, Intimate Strangers remains evocative, conjuring mental images in the listener’s mind as vivid as that projected footage. It helps that Serpa gathered a stellar collection of musicians able to craft such bold imaginary landscapes: she is joined by fellow vocalists Sofía Rei and Aubrey Johnson (Rei is a bandmate from Zorn’s a cappella quartet Mycale; Johnson has been a collaborator since attending NEC with Serpa), along with pianist Matt Mitchell (Tim Berne, Dave Douglas) and modular synth player Qasim Naqvi (Dawn of Midi).

Iduma writes in the liner notes that, “My collaborative performance with Sara brought me closer to understanding how words worked in a pre-literate time, when writing was yet to be invented – when stories were passed from mouth to mouth, from memory to memory… Sara’s composition distills A Stranger’s Pose to its essential groove and vital ballad.”

“I am always inspired by Emmanuel’s insight and his writing,” adds Serpa. “We share a very deep mutual respect for each other’s work. Of course, we come from different backgrounds, but we share the same concerns regarding humanity and hospitality. So we thought a lot about how to combine our art to convey this message and honor both our skillsets.”

The two were further bonded by shared grief, as both lost their fathers within a few months of each other. José Luis Serpa, who passed away just three days after the premiere of Intimate Strangers, provided the vibrant collage that graces the album’s cover art.

The album is itself a journey, beginning with Iduma’s self-reflections and continuing close to home with encounters in Nigeria. It soon ventures farther, over the Moroccan border and through the desert in Bamako, Mali. In the Senegalese town of Kidira the writer is reminded of his relatively privileged status when a passport means a world of difference between him and the unnamed stranger whose life briefly becomes linked to his own. The Morocco-based Cameroonian poet Onesiphore Nembe recites a piece in French, about things left behind – a mellifluous echo of past colonialism.

At journey’s end we cast our eyes back to its beginning. “For You I Must Become a Tree” poetically conveys the reflection of the migrant on the loves and home from which they’ve embarked, now far away but always heart-achingly close. “In the mind of the traveler, those who love you don’t want you to go. So that person has to become a tree, which means having your roots in one place [with branches reaching far away].”

Serpa weaves a mesmerizing sonic tapestry from the sparse instrumentation and especially the stunning vocal harmonies, which serve at times as gorgeous atmosphere, at others as ethereal storytellers, still others as a lush Greek chorus. “The main character is always Emmanuel,” Serpa describes. “The singing voices are sometimes spirits, sometimes ghosts, sometimes witnesses and sometimes joining him as narrators.”

While Intimate Strangers tells Iduma’s story, and those he gathered along the road, it is no less personal a piece for Serpa. “As a migrant myself,” she says, “albeit a privileged migrant, I recognize the feeling of being a foreigner and a bit of an outsider. As a European and someone who has been following the news of the world’s various refugee crises, I feel that the book offers a human, crucial and urgent side to the stories that continuously happen at every border. That’s what attracted me to it.” 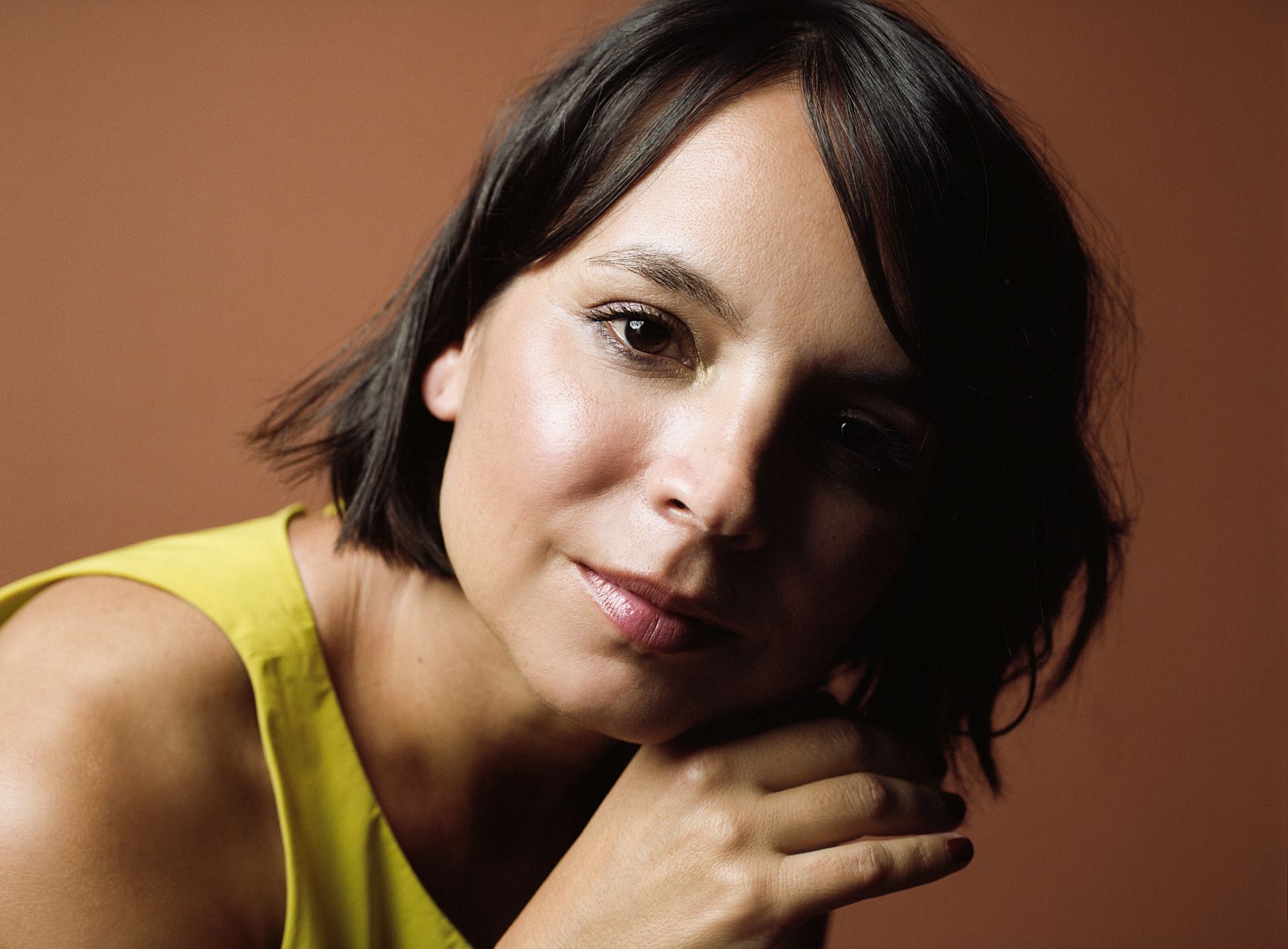 Sara Serpa
Lisbon, Portugal native Sara Serpa is a vocalist-composer and improviser who implements a unique instrumental approach to her vocal style. Recognized for her distinctive wordless singing, Serpa has been immersed in the field of jazz, improvised and experimental music since first arriving in New York in 2008. Described by the New York Times as “a singer of silvery poise and cosmopolitan outlook,” and by JazzTimes magazine as “a master of wordless landscapes,” Serpa started her career with jazz luminaries such as Grammy-nominated pianist Danilo Perez, and Guggenheim and MacArthur Fellow pianist Ran Blake. As a leader, she has produced and released ten albums. The latest is Recognition, an interdisciplinary project that combines film with live music in collaboration with Zeena Parkins, Mark Turner and David Virelles. Serpa was voted  #1 Vocalist of the Year by the 2020 NPR Music Jazz Critics Poll, Musician of the Year 2020 by Portuguese magazine Jazz.pt and Female Vocalist-Rising Star 2019 by the DownBeat Magazine Critics Poll. She has collaborated with Ingrid Laubrock, Erik Friedlander, John Zorn, Nicole Mitchell, André Matos, Guillermo Klein, Linda May Han Oh, Ben Street,  and Kris Davis, among many others. Serpa currently teaches at The New School, New Jersey City University and is Artist-In-Residence at Park Avenue Armory. She is the recipient of Chamber Music America New Jazz Works Grant 2019, New Music USA 2019, New York City’s Women’s Fund 2020, USArtists Grant from Mid-Atlantic Foundation for the Arts, and the 2021 Herb Alpert/Ragdale Prize in Composition. Serpa has been active in gender equity in music and is the co-founder (along with fellow musician Jen Shyu) of Mutual Mentorship for Musicians (M³), an organization created to  empower and elevate women and non-binary musicians.  www.saraserpa.com     www.mutualmentorshipformusicians.org 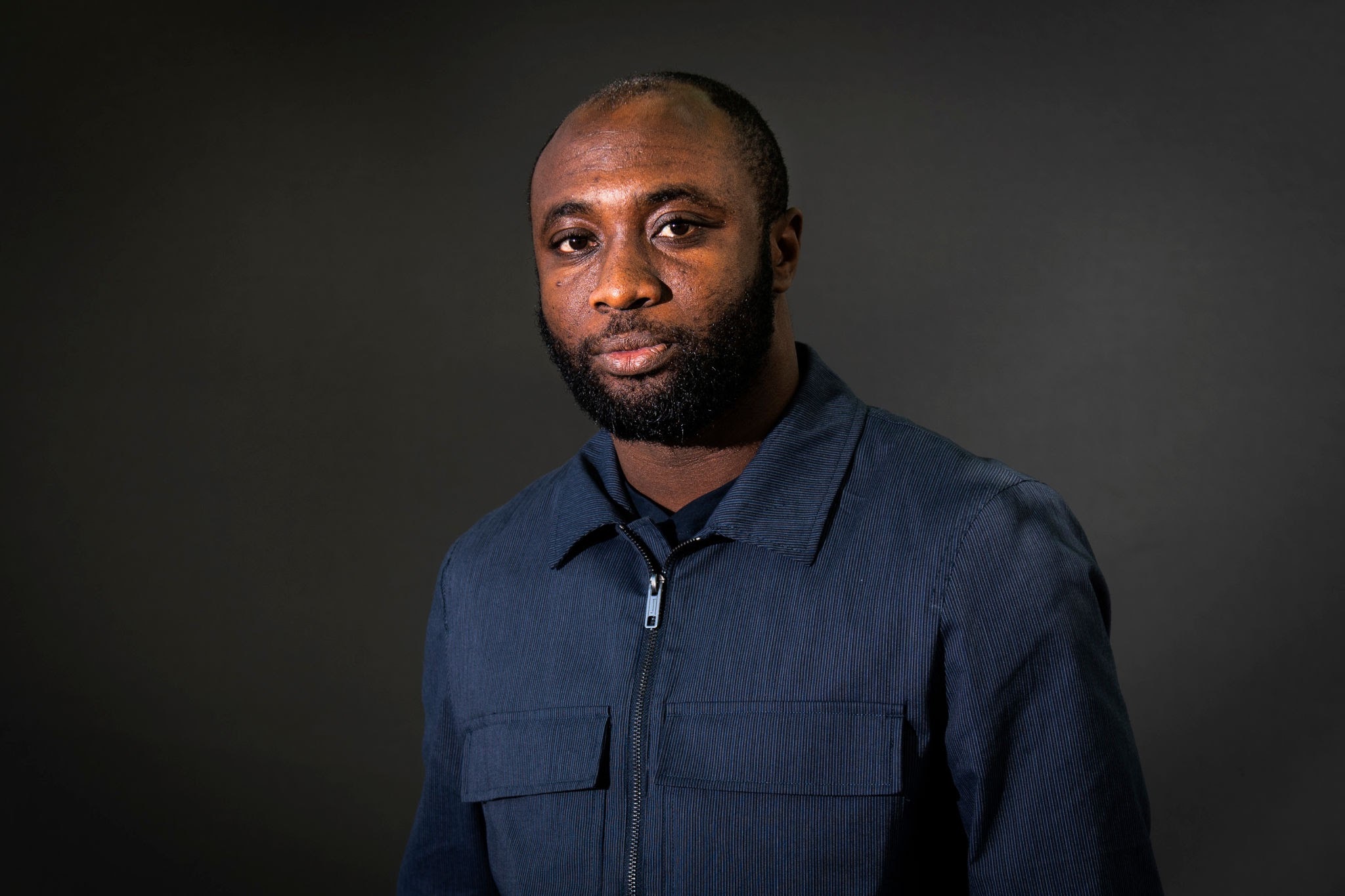 Emmanuel Iduma
Emmanuel Iduma is the author of A Stranger’s Pose, a book of travel stories which was longlisted for the RSL Ondaatje Prize. His essays and art criticism have been published in The New York Review of Books, Aperture, Artforum, and Art in America. His honors include a Creative Capital/Warhol Foundation grant for arts writing, the inaugural Irving Sandler Award for New Voices in Art Criticism from AICA-USA, the C/O Berlin Talent Prize for Theory, and a Silvers Grant for Work in Progress. I Am Still with You, his memoir on the aftermath of the Nigerian civil war, is forthcoming from Algonquin (US), and William Collins (UK). www.mriduma.com