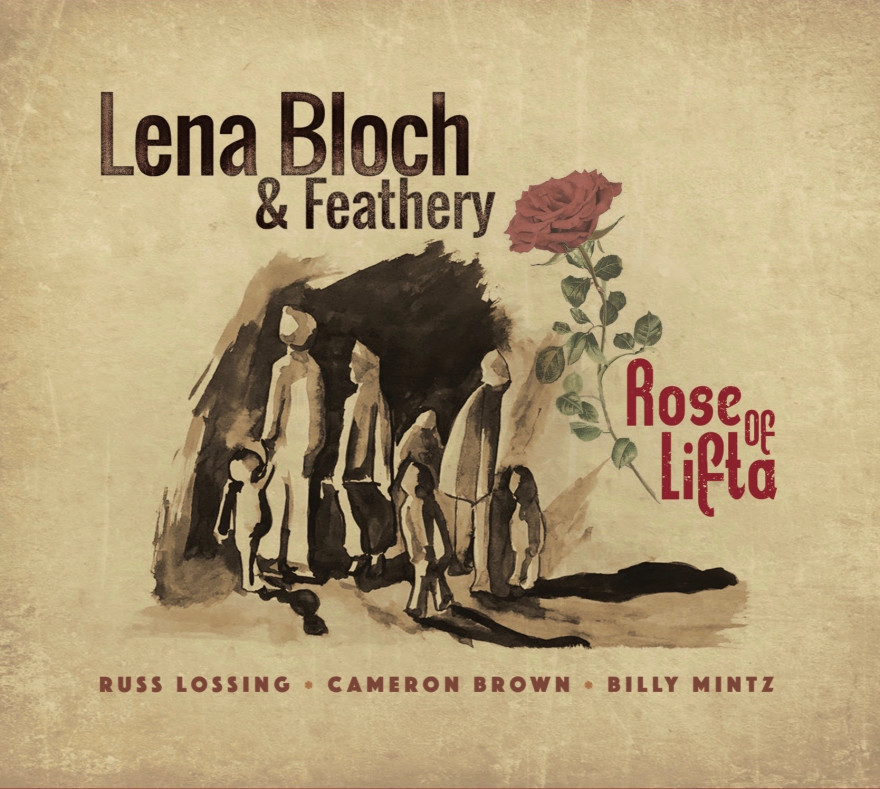 Most impressive quartet – or rather, four equals perfectly attuned to each other. ‘Collective’ is the key word here, for this is truly musical togetherness, creating a sound all its own.” – Dan Morgenstern

“..unwaveringly cohesive…bone-deep gorgeousness…complex, compelling and beautiful, sounds of the highest quality and inspiration laid down by a premier jazz quartet.” –  Dan McClenaghan, All About Jazz .”

Saxophonist Lena Bloch and her quartet Feathery celebrate Rose of Lifta, their stunning new album of original music, with release concerts in Brooklyn. With a remarkably cohesive band featuring pianist Russ Lossing, bassist Cameron Brown, and drummer Billy Mintz, Rose of Lifta , a follow up to the acclaimed 2017 Heart Knows, demonstrates once again her three-tier excellence as a saxophonist, composer, and a bandleader whose approach nurtures listening, trust, and musical freedom. 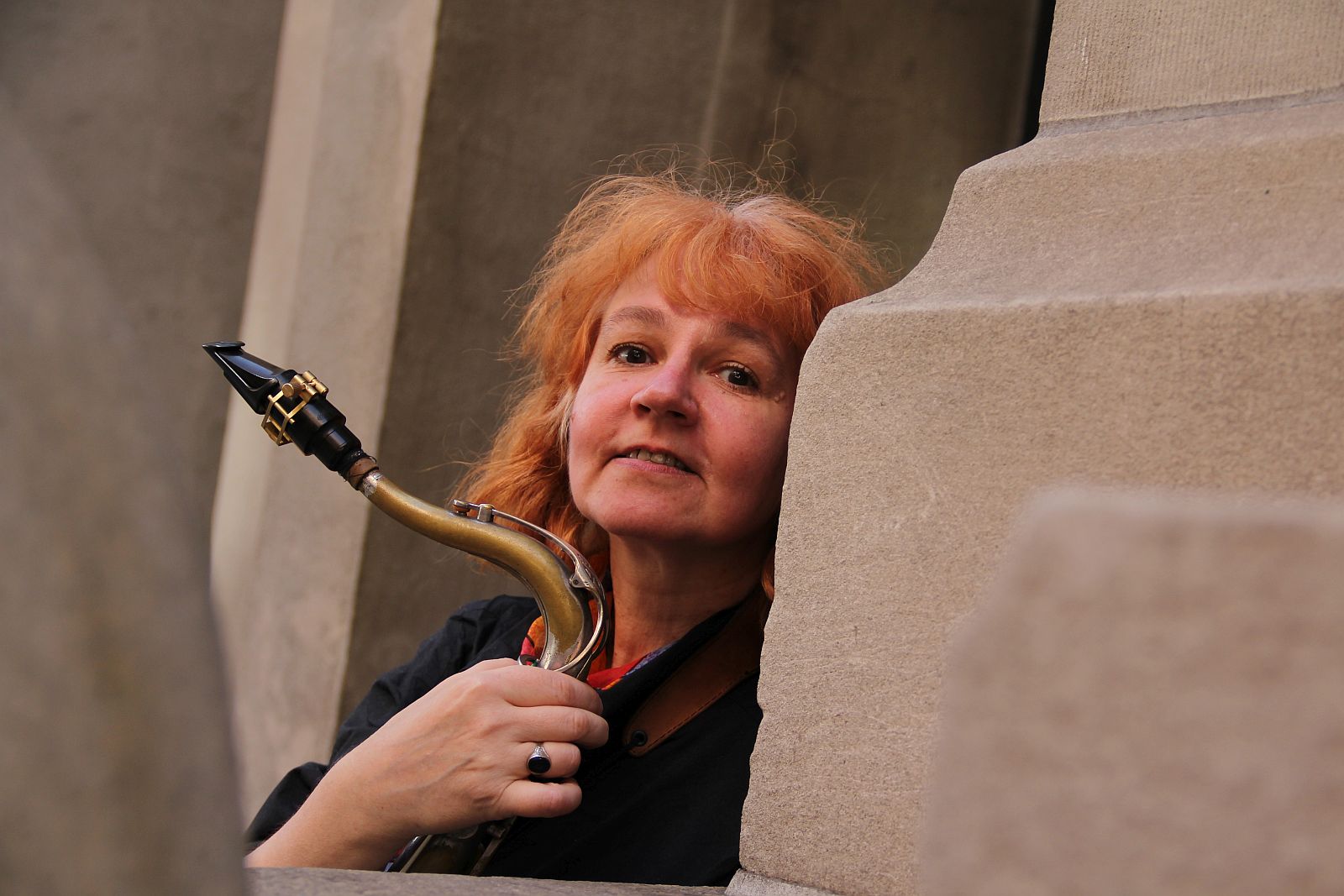 “I am from there. I am from here. / I am not there and I am not here.” So wrote Palestinian poet Mahmoud Darwish, a guiding inspiration for Russian-born saxophonist Lena Bloch and her quartet Feathery as they release their stunning new album of original music, Rose of Lifta. Rose of Lifta digs deep into the yearning, soulful, complex sounds and the themes of exile, loss, and home encapsulated by Darwish, and emerges with seven shimmering original tracks. Bloch’s personal story is also closely related to yearning for home, as it traverses Russia, Israel, Holland, Germany, graduate studies, a few years of work, and finally immigration to the United States. Her experience informs the music and gives it a deeply personal angle.

“We prefer to not have any particular arrangements of our compositions,” she says. “Jazz doesn’t have to be risk free – on the contrary, I think risk is a great factor! Because we cultivate this feeling, given the professionalism and experience of my fellow ensemble members, risk and challenge only facilitate the result. The less safe we all feel, the better it is for the music.”

With a tone simultaneously delicate, nuanced, and emotionally powerful, Bloch leads her quartet in four Bloch originals and three Lossing originals. As Brian Morton writes in the liner notes, “[Bloch’s] beautiful record is conditioned by and dedicated to the experience of exile. I cheerfully admit that it made me cry – I am no longer young, and have no shame over this – but not because of any political stance or any anecdotal content, but quite simply because her music, and that of Lossing, is so damned beautiful.”

“Promise of Return,” the opening track by Bloch, begins with Brown’s single bass line, joined by piano, drums, and saxophone melding into cascading, conversant, recurring motifs. A resonant, wistful saxophone solo starts the second track, “Mad Mirror,” another Bloch’s original. Lossing’s searching, emotional piano and compositional acumen are highlighted on “New Home” and “Old Home,” as well as the final track, “Wintry Mix.” Two more pieces by Bloch round out the recording, the  title track “Rose of Lifta,” and “Mahmoud Darwish,” Bloch’s sonic ode to the poet whose art and work inspired the album.

While the tunes on Rose of Lifta arise from dark themes, the music is transcendent. “This isn’t a plangent song of sorrow, but an affirmation of life,” writes Morton. “It is music about life. I hear it as a continuous suite of dances and narratives, the voice of someone telling her and their story, arrestingly and thoughtfully. You cannot ask for more in music.” 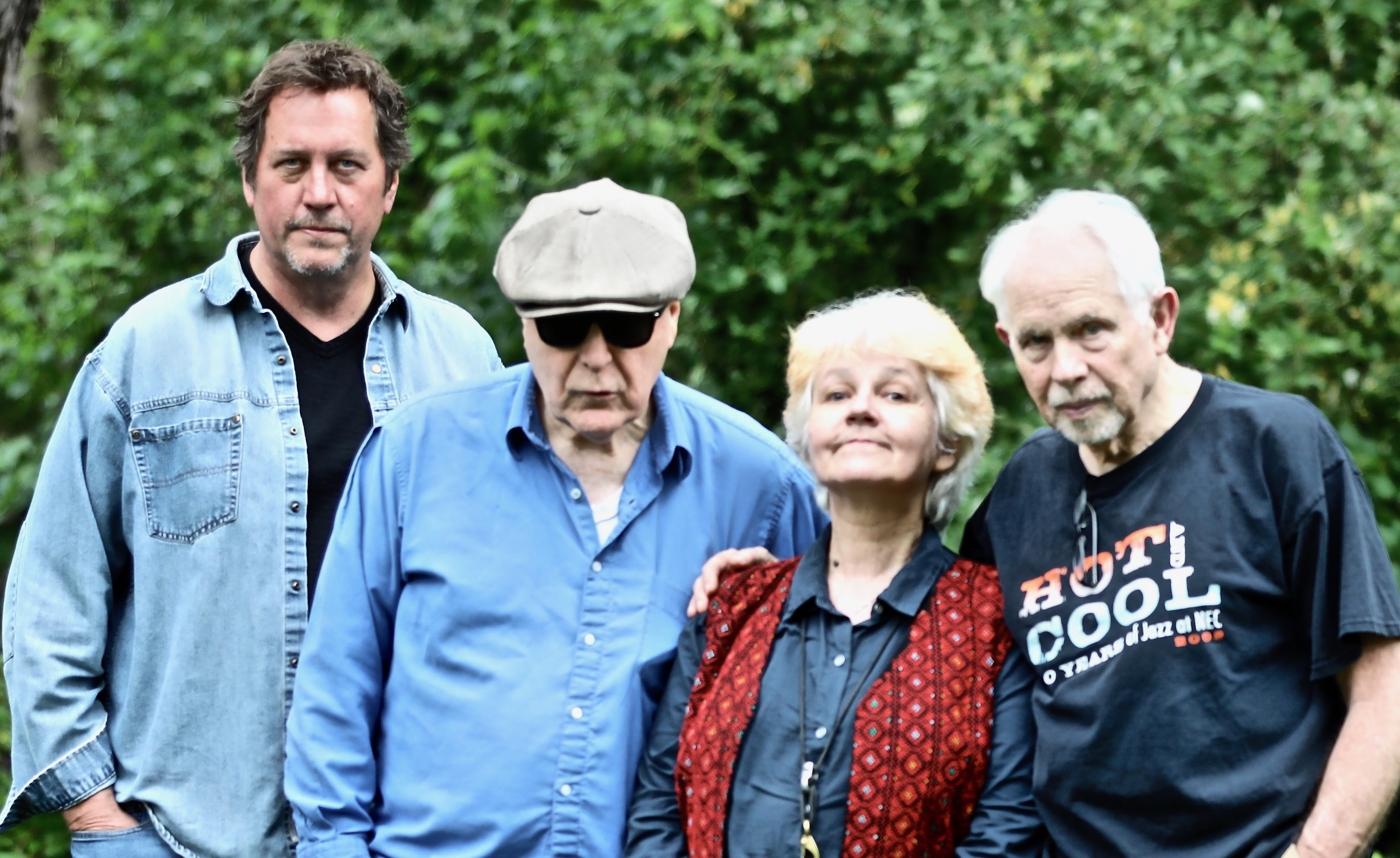 The ensemble’s name refers to lightness, flexibility, readiness to drift in the new directions – like a feather in the wind. DownBeat says of Feathery, “rippling energy and sublimely weightless interplay.” After years of live performances at venues including Cornelia Street Cafe Jazz At Kitano, Puffin Cultural Forum, Baha’i Center NYC, University of Massachusetts Amherst, Maureen’s Jazz Cellar, Live At The Falcon, the quartet released “Heart Knows” on Fresh Sound Records in 2017, receiving high praise in American and international publications including All About Jazz, New York City Jazz Record, DownBeat Magazine, France Musique and Chamber Music Magazine, to name a few. The album was also recognized by international outlets as a top jazz release, and in the NPR Jazz Critics Poll’s Top 100.

On Saturday, October 9, Bloch’s quartet will perform at Soapbox Gallery, 636 Dean St., Brooklyn. Admission to the 8 p.m. concert, which will also be streamed, is pay what you can. Info at:

They also perform on Wednesday, November 10 at Scholes Street Studio, 374 Lorimer St., Brooklyn. Admission at the door for the 7:30 p.m. concert is $15.
Information at https://www.scholesstreetstudio.com/news-events/index.html.