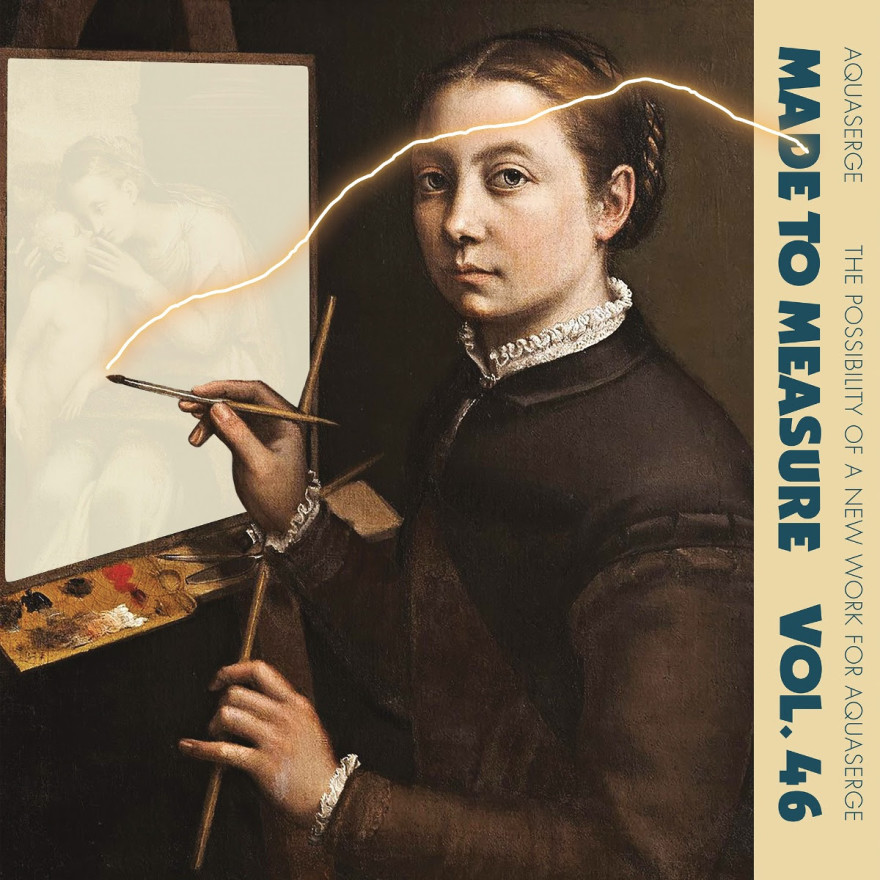 Always ready to expand their scope and blur the genre borders, the inventive, revered French avant-rock band Aquaserge have decided to tackle the field of contemporary classical music from the mid-20th century, in a special project which pays tribute to four major atypical figures: Giacinto Scelsi (1905-1988), György Ligeti (1923-2006), Edgard Varèse (1883-1965) and Morton Feldman (1926-1987).

Drawing inspiration from these composers’ respective approaches in terms of dynamics, sonic textures and duration, more specifically from Scelsi’s exploration of timbres and oscillations, Ligeti’s moving clusters, Varèse’s melodic cubism and Feldman-type graphic scores, Aquaserge have approached this album with a mixture of raw intuition and strict method, and have created pieces for a hybrid, semi-classical and semi-rock expanded 9-piece line-up. 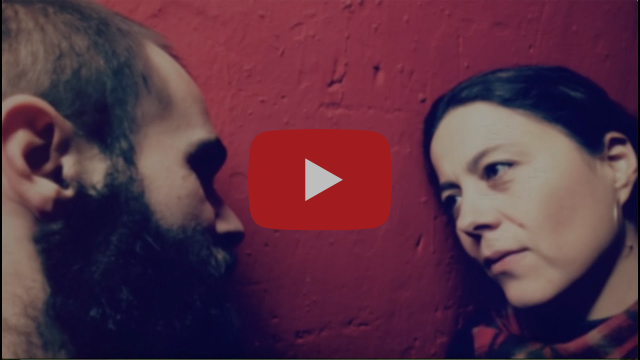 The album revolves around three slow, extended, spacious pieces, in which the instruments’ timbres are merging into one another to create a fascinating sonic matter, both immobile and moving, like in certain works by Ligeti and Scelsi. By contrast, Aquaserge’s tributes to Varèse and Feldman include explosive moments, as well as segments of wild improv. These original Aquaserge compositions are completed by interpretations of three rare songs written by Edgard Varèse (on a poem by Verlaine) and Morton Feldman (on a Rilke text), which remind us of Aquaserge’s taste for melodies.

These pieces and some others will be performed as part of a musical and theatrical show entitled The Possibility of a New Work for Aquaserge – Lost in a Guitar Case.

The album is being released as part of Made To Measure, Crammed Discs’ legendary composers’ series, which is being reactivated in 2021. 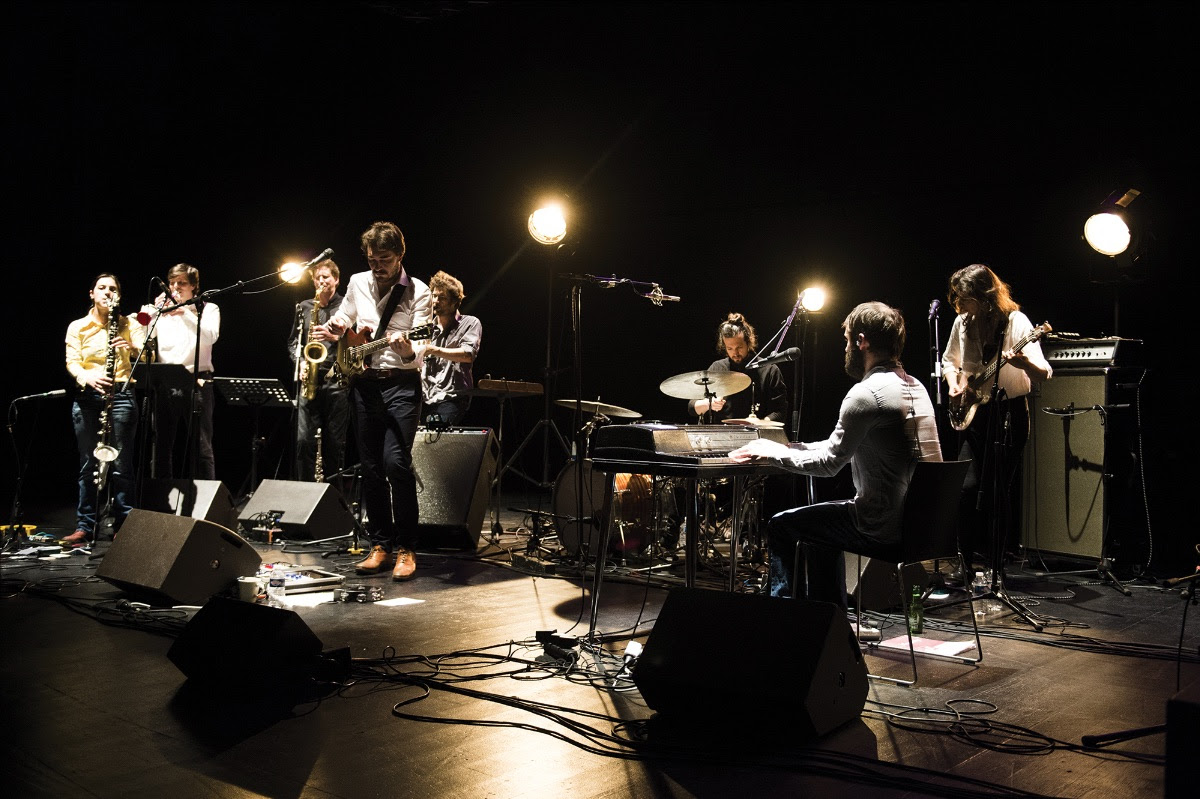 Written when he was in his early twenties, this is the oldest known composition by Edgard Varèse, which sets a poem by Paul Verlaine to music. It displays a little-known aspect of his work, tonal and post-romantic, influenced by his then-contemporaries Debussy, Ravel and Satie.

A tribute to the melodic genius of the great French composer, to his obsessive lines which often revolve around close intervals (minor seconds), with constantly shifting range. The piece also contains some characteristic Aquaserge elements: frantic rhythms section parts, and sudden changes.

Scelsi was fascinated by the tridimensional aspect of sound which, according to his view, is “spherical”. Aquaserge tried to come close to this state of mind, to this meditation on pure sound. This piece is performed with a graphic score, and follows some of Scelsi’s ideas, by playing with timbres and with interferences (“beat”) between very close frequencies.

Set to a poem by Rilke, this is one of the very first compositions by Morton Feldman (aged 21 at the time), and one of his rare pieces for solo voice. Aquaserge created two different versions for the album

A free, joyful and noisy improv, structured by a graphic score inspired by those invented by Morton Feldman, who was one of the first composers to use any.

The challenge was to use a variety of instruments with heterogeneous timbres, and to make them sound like a single, large instrument, like an organ or a choir, by imperceptibly fusing the timbres, with Ligeti’s following description in mind: Upon the still surface of a body of water, we see the reflection of an image, and then ripples disturb the surface of the water, the image changes and disappears. Very gradually, the water’s surface stills itself, upon which then appears a new image, different.

According to Aquaserge, this piece is a vertical approach to our homage to Ligeti. As if one was cutting through or freeze-framing the surface of the water and was unfolding the results. In a way, it’s like a ‘spectral’ approach of the previous, horizontal piece.

WIth Aquaserge, the band’s line-up notoriously fluctuates as much as the music does. For this specific projet -the album and the live performances- Aquaserge have expanded to a nonet by bringing in young percussionist Camille Emaille (who comes from the contemporary classical world, but is also active in improv and had worked with the likes of Fred Frith, Peter Brötzmann and Roscoe Mitchell), flute player Marina Tantanozi, (who also has a contempo classical background, and works with electronics, improv and experimental music), and saxophone players Robin Fincker and Olivier Kelchtermans, who have often been performing with the band in recent years, on special occasions (such as the Déjà-Vu? live album, for example). The band’s regular basic quintet consists of Audrey Ginestet (vocals, bass), Benjamin Glibert (guitar, keys), Julien Gasc (vocals, synth), Manon Glibert (clarinets) and Julien Chamla (drums, percussion).

Aquaserge have put together a music theatre performance (The Possibility of a New Work for Aquaserge – Perdu dans un étui de guitare), in which the pieces are performed alongside several others, including the Morton Feldman work which gave the project its title: The Possibility of a New Work for Electric Guitar. In collaboration with theatre director Elise Simonet, the play includes theatrical sections which illustrate the project’s development. After a premiere in May 2021 at Le Lieu Unique in Nantes (FR), The Possibility… will be performed in several European cities (a.o. as part of open-minded contemporary music festival such as Art Musica (Brussels) and Aujourd’hui Musiques (Perpignan).

Aquaserge – what they say:

Aquaserge’s sound is global, cosmic and genuinely kaleidoscopic… densely packed with ideas, mathematically precise, boldly anarchic about ignoring borders and boundaries of every kind, and dazzling with joyful weirdness.

An absolute joy. One of this year’s most original and enjoyable records.

‘Déjà-Vous?’ bursts from the speakers, the group playing with all the intensity of mid-70s Miles.